Skip to main content
The story you are reading was published on Thursday May 21, 2015. To read more recent stories click here. 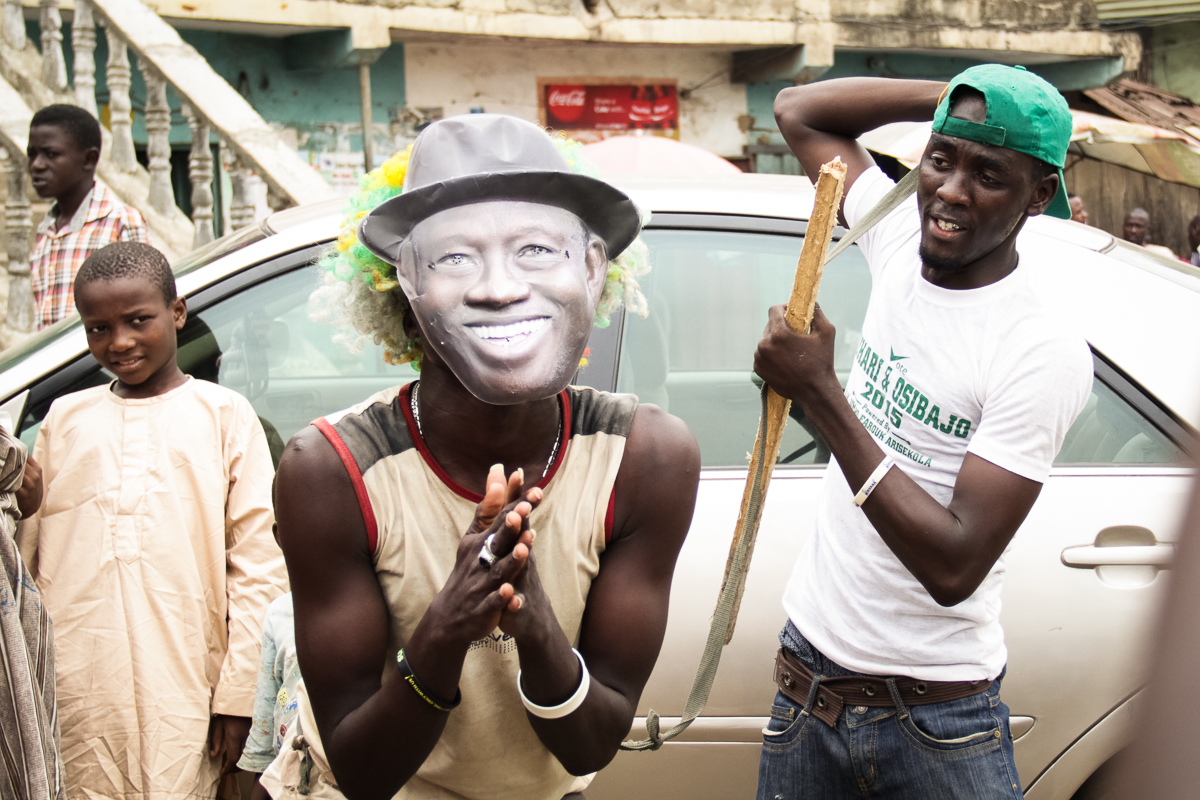 IBADAN, NIGERIA – Temilade Ajewole, a trader at the Bodija Market in Ibadan, displays her wares – cans and bottles of vegetable and palm oil – on a large rectangular table. It is 11 a.m., but she has yet to make her first sale of the day.

“Sister, please buy the oil from me,” she says to a woman standing in front of the shop.

The woman asks Ajewole why the price of a five-liter bottle of oil has gone up by 100 naira (50 cents) since she last bought one a month ago.

“That was how I bought it,” Ajewole says.

“If you find it at the same price elsewhere, please come back and help me buy o!” Ajewole says to the woman’s retreating frame.

Food commodities such as rice, beans, wheat, vegetable oil and palm oil are getting more expensive by the month. Ajewole says she bought a five-liter container of oil for 2,200 naira ($11) in October, but now she pays 2,400 naira ($12). Higher prices have shrunk her profit margin, she says.

Still, Ajewole is hopeful. She voted for Muhammadu Buhari, the candidate who defeated President Goodluck Jonathan in March.

Buhari, who ruled Nigeria for about eight months after a military coup in 1983, is to take office May 29.

“We want everything to change,” Ajewole says as she beckons a potential customer. “We pray that God uses this new government to normalize everything.”

Inflation is devouring Nigerians’ spending power. The country’s Consumer Price Index, a measure of the cost of consumer goods and services, shot up 8.7 percent from April 2014 to April 2015. Traders say the cost of products is higher every time they restock. Many consumers no longer buy food in bulk because their incomes, which remain flat, don’t stretch as far as they used to.

But with a relatively peaceful election just past, and the expectation of a smooth transfer of power to Buhari, many Nigerians believe their daily lives are about to get better.

Buhari has promised to get tough on corruption. And he says he will put down the Boko Haram insurgents who have terrorized huge swaths of the country.

Fearing violence, Nigeria postponed the elections by six weeks, from Feb. 14 to March 28.

When Nigerians finally went to their polling stations, they cast ballots against a backdrop of weakening currency, high inflation and an economy bottle-fed by oil.

A sharp drop in the price of oil has hammered Africa’s largest economy. In June 2014, a barrel of oil sold for about $110 on the international market. It now sells for $50 to $60.

Coupled with political uncertainty leading up to the election, the drop in oil prices weakened the country’s currency, the naira, economist Ganiyat Adesina-Uthman says in a phone interview.

In response to the free-fall of the currency against the dollar, the Central Bank of Nigeria devalued the naira in November and February, further weakening the currency, Adesina-Uthman says.

“It suddenly announced a new official exchange rate for dollar, which moved $1 to 168 naira (84 cents) from 155 naira (77 cents),” she says. “But dwindling global oil prices set in late last year, coupled with uncertainty over the rescheduled presidential election, depressed the naira.”

The weakening naira has had a pronounced effect on food prices, the primary factor in the rise of the consumer price index.

Nigeria’s overall inflation rate over the past decade has gone down since 2005, when it hit nearly 20 percent, according to World Bank data. But recent signs indicate trouble ahead, with estimates for the 2015 rate at 11.5 percent, up from 8 percent at the end of 2014, warns the International Monetary Fund.

In February, most Nigerians feared the economy would get even worse if prices of basic commodities continued rising, according to a study conducted by the bank’s Statistics Department.

The economy is already showing signs of recovery. As soon as Jonathan conceded defeat on March 31, the naira gained strength, trading at around 200 against the dollar, says Yaya Baba Ahmed, an All Progressives Congress ward party leader who also runs a Bureau de Change agency.

The market responded positively to Buhari’s victory and the appreciation of the naira. The Nigerian Stock Exchange gained 1.4 trillion naira in two days, indicating confidence in the country’s new leadership, Adesina-Uthman says.

The gleeful economic response to Buhari’s election spurred dancing in the streets.

In the Sabo area of Ibadan, where residents include many people from northern Nigeria, Buhari supporters gathered to talk and dance to booming music. In one corner, smoke rose from roasting suya, a spicy meat delicacy that would later be shared, courtesy of the All Progressives Congress leader of Ward 6, Ibadan North Local Government.

Dramatically re-enacting the ouster of Jonathan’s government, a man holding up a mask of Jonathan’s face danced as another man beat him with a thin rope. A group of children followed the men, singing and dancing.

Young men poured into the streets holding flags and brooms, emblems of the All Progressives Congress and its promise to clean house.

Ahmed says Buhari’s win is meaningful to him and other northerners engaged in money changing.

“I was tired of the way things were going,” he says.

Olawore Victoria, a primary school teacher in Ibadan, says food has become increasingly expensive in recent years. She once stocked her house with food that she bought in bulk because she could afford it.

“Even palm oil now goes for about 180 naira when normally around this time when it is in season it goes for 120 naira,” she says.

Some say the economy will improve if Buhari makes good on his promise to defeat Boko Haram, the group that has carried out attacks in the northern part of the country. The attacks have cut traders off from farmers.

Toyin Ogunleye, a trader in Bodija Market in Ibadan, says the cost of beans has risen in tandem with the Boko Haram insurgency. Most of the beans sold in Ibadan come from northern Nigeria.

“In 2013, some traders from the Bodija Market traveled to the north and were waylaid and killed,” she says.

But not everyone is excited about the change Buhari’s government promises.

“I am not jubilating,” says Abayomi Oyetubo, the manager of Sharon Africa, a technology gadgets company in Ibadan. “Let us see what he will do.”

If Buhari does not deliver on his promises, he’ll be shown the door, he says.

“We have changed the ruling party,” Oyetubo says. “We have created fear in the hearts of the leaders – fear that if you do not perform, you will be voted out.”

With the new government, the masses are aware that they are powerful, he says.

“I give him a year,” he says. “If he does not perform, we will commence serious protests.”

“Economies don’t work like that,” she says. “It is just like the similitude of a sick person. When medications are administered by the doctor having diagnosed the problem, the patient most likely will respond to treatment over time, not suddenly.”

The worst-case scenario is the economic situation remaining the same.

“I don’t expect us to be worse off in the next one year,” she says.