NORTH KIVU, DEMOCRATIC REPUBLIC OF CONGO —Rachel Kyakimwa used to sell alcoholic beverages around the quarries in the village of Uninga near the country’s eastern edge. Last December, her property was looted during clashes between armed groups, in an increasingly common and brazen act of violence. She fled with her family to the relative safety of Kirumba village, a journey of 14 days on foot through dense forest. Today, she ekes out a living selling charcoal.

Etienne Habarugira, a 51-year-old farmer, and his family were among those who fled a month earlier. “We had to leave after a frightening night when gunshots and screams caused panic in our village,” he says.

It was this upheaval Congolese President Félix Antoine Tshisekedi ostensibly sought to avoid by imposing martial law in the provinces of North Kivu and Ituri on May 6, 2021. The conflict in DRC’s eastern region is decades old and today involves as many as 130 armed groups battling over a complex array of issues — including land and natural resources, according to the Kivu Security Tracker, a violence-mapping initiative between Human Rights Watch, an international nongovernmental organization, and New York University.

Initially implemented for 30 days, martial law orders have since been renewed in Parliament 18 times. Yet insecurity persists — in some respects, has even increased — and the armed groups that martial law sought to undercut remain active in the region.

Katembo Itehero Obed, secretary of the Office of Displaced Persons in Kirumba, a nongovernmental organization that facilitates humanitarian aid, says the state of emergency has had “the opposite effect to that intended.”

“We have recorded 4,055 displaced persons from Walikale, Beni, Ndwali and south Lubero,” Itehero says, referring to the period between May 26 and Dec. 17, 2021. This is a much higher rate of displacement than in the past, he says.

Kahambu Vumilia, 48, fled her home in Lobili, a mining village near Uninga, and currently lives with a host family in Kirumba. “We heard about the state of siege, but we have not seen its impact because nothing has changed,” she says.

At least 723 civilians were killed by armed actors in North Kivu and Ituri between May 6 and Sept. 16, 2021, according to the Kivu Security Tracker, and people continue to flee their homes. Reports emerge of kidnappings and civilian vehicles set alight. Some observers believe heightened insecurity might be a reaction to the imposition of emergency, with armed groups doubling their efforts to sabotage the government’s initiatives.

Itehero isn’t alone in expressing skepticism over the utility of martial law. “The Congolese army is fighting an unconventional war,” says Muhindo Mughanda, who teaches geostrategy at the University of Goma, in the capital of North Kivu. It is, he adds, “an irregular war with rebels disguised as civilians, waiting for an opportune moment to throw the army off balance.” He compares the situation with insurgencies in Somalia and Afghanistan, where authorities find it difficult to distinguish between armed group members and unarmed civilians. 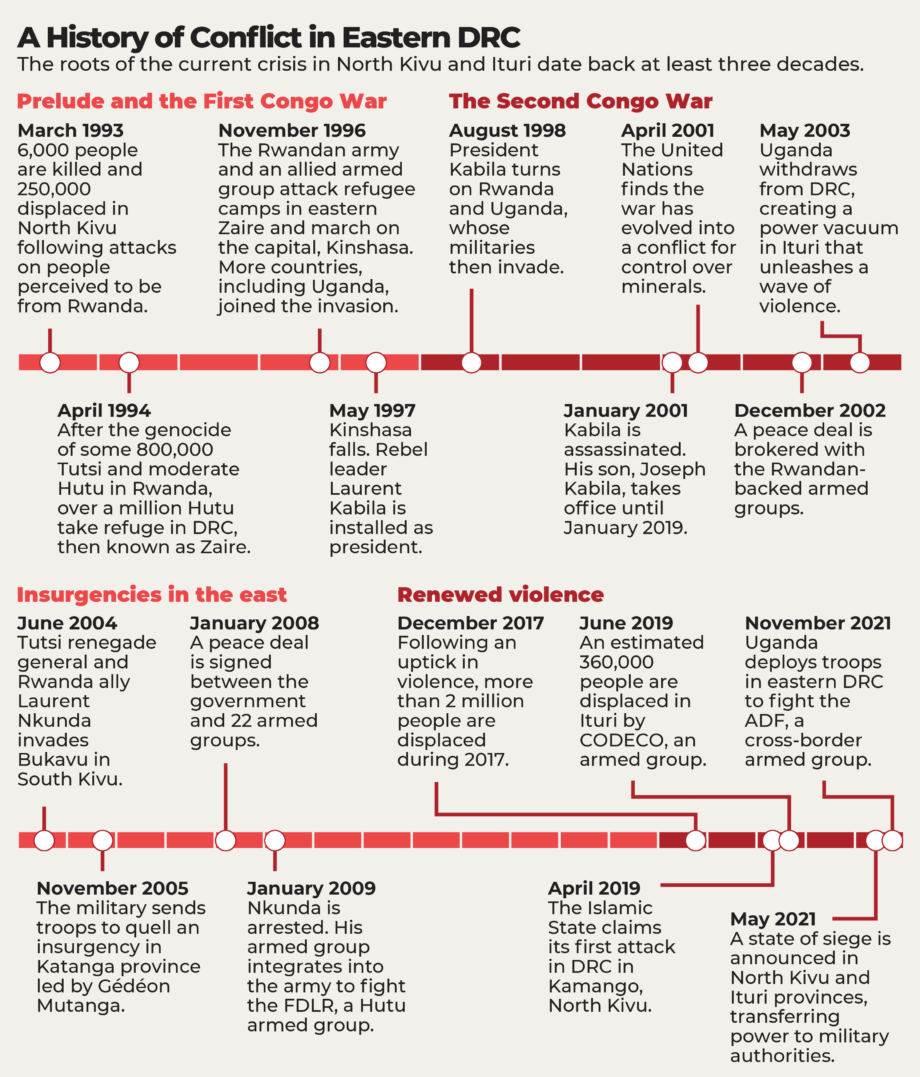 For instance, in the Djugu region of Ituri, members of the CODECO armed group — which has allegedly been involved in at least 182 violent incidents between April and November 2021 — live alongside civilians. Often, they are their sons, husbands, brothers and cousins. “In such a situation, it is necessary for the army in power to gain the confidence of the population in order to dismantle the networks of armed groups,” Mughanda says.

Col. Donat Mandonga, who oversees Lubero territory, echoes the need for local cooperation. “It’s important for the military government that the population supports martial law,” he says. “If not, there will not be the desired results.”

Given the mixed results so far, however, martial law is attracting increasing criticism. On Oct. 7, 2021, members of Young Patriots for Change, a youth-led movement that advocates for stability in Butembo, a city in North Kivu, started a petition against the state of emergency. On Nov. 1, the national deputies of Ituri and North Kivu walked out of the plenary session convened to extend martial law for the 11th time, declaring that their provinces had become more insecure during the emergency.

Beginning on Nov. 30, 2021, Congolese forces launched military operations in the Beni region of North Kivu in conjunction with the Ugandan army. Several months in, the armed groups that are the target of these operations continue to kill civilians.

Others suspect more nefarious reasons for the state of siege, says Onesphore Sematumba, an area analyst with the International Crisis Group, a transnational think tank headquartered in Brussels, Belgium. “Instead of restoring peace in North Kivu and Ituri, the further extension of martial law could impact the presidential elections scheduled for 2023,” he says, “insofar as a country experiencing insecurity is not in a position to hold elections, and which the government will have no choice but to postpone.” 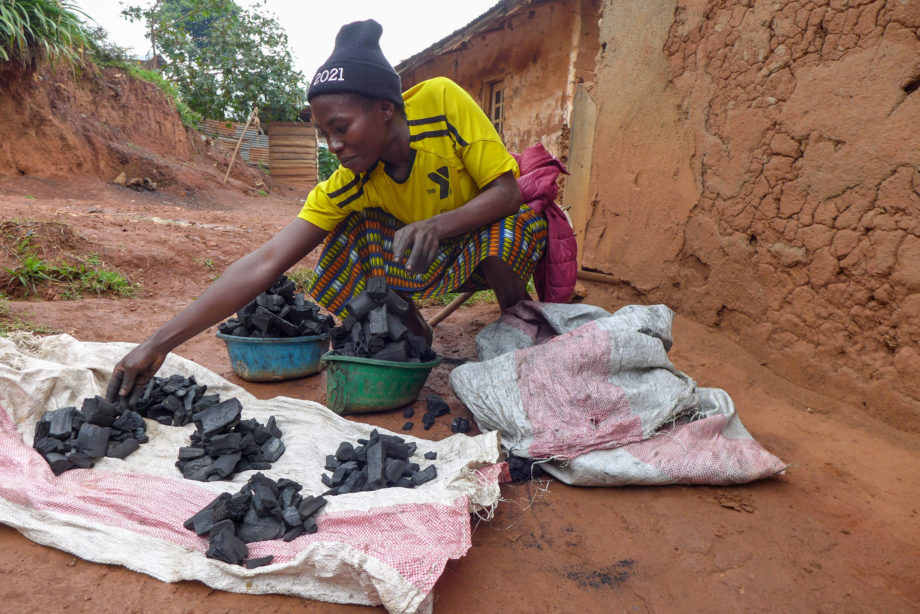 Rachel Kyakimwa, 32, fled clashes between armed groups in Uninga in December. Today, she ekes out a living selling charcoal in Kirumba. 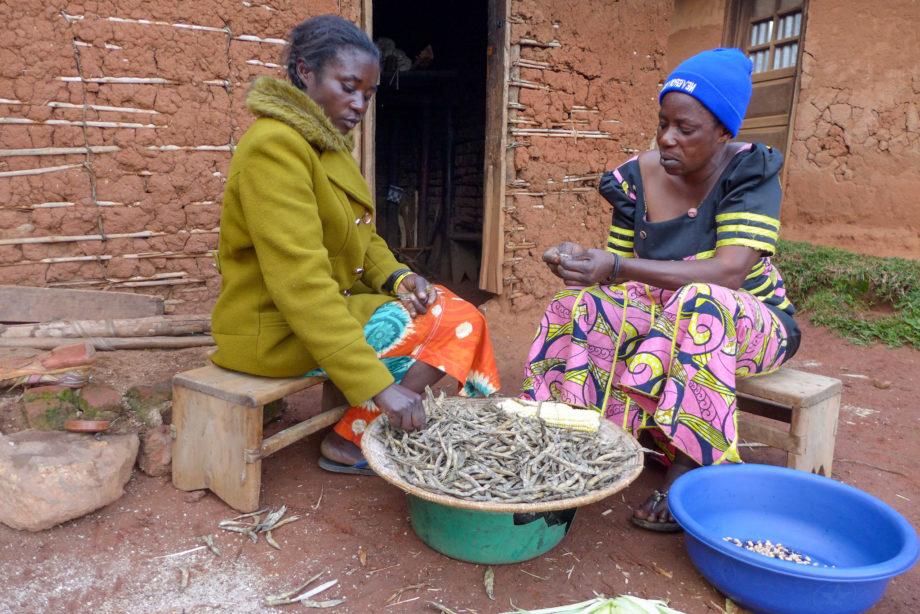 Kahambu Vumilia, 48, right, and Kavira Victoire, 40, sought refuge in Kirumba last year. “The country is in a bad way,” says Vumilia, who lives with a host family.

Lt. Col. Guillaume Njike Kaiko says the state of emergency was declared as a last resort. “We tried everything possible before establishing that the situation wasn’t going to improve without giving the DRC army powers through the declaration of a state of emergency,” Njike says. This has already improved conditions, he says.

“Armed groups used to be active in certain areas such as the Masisi and Walikale territories,” he says. “The Congolese army has freed the local populations, who have welcomed the military initiatives in the area.” Once military forces capture an armed group base, he adds, they will remain in the area to deter the ousted group from reassembling.

Analysts like Sematumba believe martial law will at best serve as a stopgap unless authorities tackle the root causes of the conflict. “The government is failing to provide the country with security and economic stability,” he says. “As a result, civilians often mobilize and take up arms to protect their local communities and are likely to undermine central authority and widen conflict by targeting ethnic rivals, which can be a threat to longer-term stability.”

Habarugira and his family returned home after the Congolese army announced it had regained control. But his community remains apprehensive: They aren’t confident in the military’s ability to protect them, especially given its reputation for corruption, which President Tshisekedi has acknowledged as a major obstacle to peace.

“We think at any moment the rebels can infiltrate our villages,” Habarugira says. “We do not feel safe.”

This article has been updated to reflect the correct location of the village of Kirumba referred to in the map. Global Press Journal regrets this error. 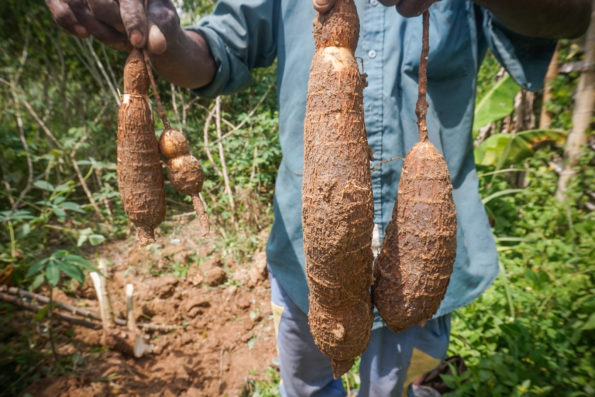 DRC’s Key Food Source Is Under Threat — From a Virus