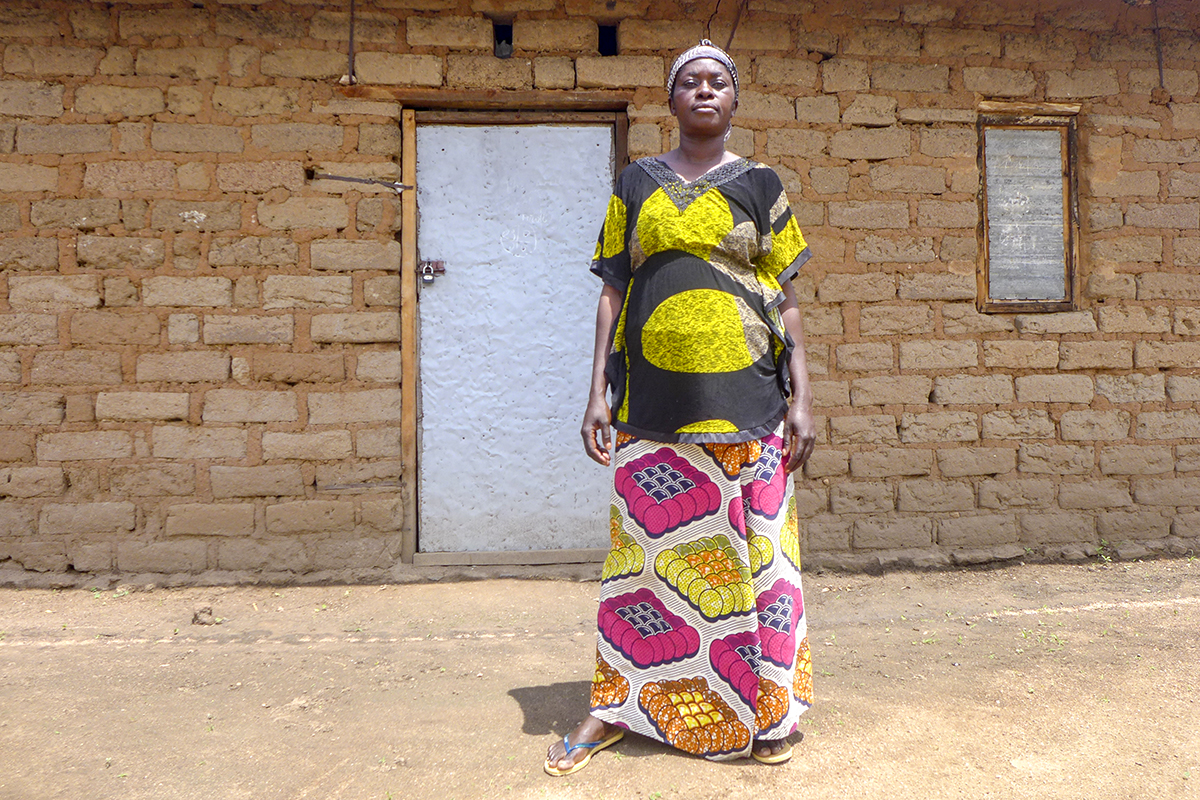 RUZIZI PLAIN, DEMOCRATIC REPUBLIC OF CONGO — Nabindu Mukungulwa has become a symbol of peace in a hotbed of tribal clashes.

She lives in the Ruzizi Plain, 50 kilometers (31 miles) south of Bukavu, the capital of the Democratic Republic of Congo’s South Kivu province, which is home to the mutually hostile Bafuliiru and Barundi tribes. The Bafuliiru people believe that the Barundi, native to neighboring Burundi, are invading their ancestral lands.

After spending a lifetime watching the violence between the two groups unfold and even testifying in court after a particularly brutal massacre in 2014, Mukungulwa is becoming a renowned mediator in her home village, Mutarule. She is known for her fairness with each tribe and her ability to propose accurate and equitable solutions to land disputes.

Mukungulwa, 40, is a widow and a farmer. The mother of six is respected locally for her courage in advocating for peace in this complex region. She is the only female member of an eight-person mediation committee (four members from each tribe), which works to resolve land conflicts amicably and privately.

Mukungulwa says it is her goal to make sure land disputes never claim lives here again.

“Land disputes have become a more common occurrence in our village,” she says. “The boundary between two properties or plots of land is the most common cause of the disputes. This is where it all begins.”

Mukungulwa says she finds the work rewarding when they are able to find a resolution.

“I cannot stand idly by while wrangles tear apart the people of my village,” she says.

In the Ruzizi Plain, the Bafuliiru tribe accounts for a majority of the population, says Katinda Kaboyi,  the head of Mutarule neighborhood. The two groups have been fighting over land for decades. But in recent years, the disputes over property boundaries have escalated into massacres that have claimed the lives of innocent villagers.

Mutarule came to the region’s attention in 2014 after at least 30 people, including 10 children and a soldier were killed in a land dispute. Some estimates put the death toll as high as 38.  After that massacre, Mukungulwa says she resolved to ensure that land ownership wrangles never occur again.

In the Ruzizi Plain, as in other parts of eastern DRC, land conflicts between communities are often sparked between groups who claim to be first-comers, or sons of the soil, with rights to the land. Notable conflicts have also taken place in recent years in the Masisi and the Lubero territories.

The mother of six is respected locally for her courage in advocating for peace in this complex region. She is the only female member of an eight-person mediation committee (four members from each tribe), which works to resolve land conflicts amicably and privately.

Across the region, community members rely on groups like Mukungulwa’s, which play a prominent role in mediating land disputes. If the group cannot reach a resolution, cases escalate to the local court system, known as “TriPaix,” a short name for “Courts of Peace.” But the TriPaix takes much longer than mediation, which is now the preferred method for resolving land disputes.

Amani Lushigira, a resident of Mutarule, says land ownership is political. He and others rely on the fairness of the dual-tribe mediation group to find fair resolutions to land disputes.

He says that a former head of the “groupement,” a local customary and politico-administrative division made up of many villages, gave him a 7-hectare (17-acre) field last year. But when that chief, who was of his same tribe, was removed from office for mismanaging land, the new chief was quick to take the land and give it to a neighbor. Lushigira says he had already planted the field with the root vegetable cassava.

“This was the start of the problem. I did all I could to explain my case to village leaders but all to no avail,” he says.

And then Mukungulwa paid him a visit.

“Some 21 days after, Nabindu came to my house and asked me how she could help get this through, by evenly dividing my land between me and the new occupant. In the meantime, she went to my neighbor’s house to ask him to do the exact same thing. And do you know what? Her sole objective was to persuade both of us that having more dialogue is the only way to entomb disputes and move on to better things,” Lushigira says.

After 27 days of negotiation, Lushigira’s neighbor agreed to surrender the cassava field after the mediation committee recommended that the elders offer him another unoccupied piece of land in return.

“I was relieved to regain my field before the issue took on broader dimensions,” he says, indicating that the dispute could have become violent. “And it was all made possible because of incredibly brave people like Nabindu who came up with the idea of evenly dividing the land between me and my neighbor, after years of village chiefs’ failed efforts. Today, land disputes between me and my neighbor have become a thing of the past.”

Kaboyi, of the Mutarule neighborhood, says land conflicts here have become a very common problem and often escalate into violence, as many are willing to take up arms to reclaim their fields or plots.

As the only female member of the committee, Mukungulwa is working for the rights of local women too, says Kaboyi.

With support and advice from Mukungulwa, Kaboyi says the young woman has reclaimed a portion of the land.

Mukungulwa and the other committee members are not paid for their work mediating these disputes.

“I just breathe a sigh of relief when I see two parties in conflict get along well with each other and live again in peace, not in pieces, without a single drop of blood being shed,” she says.