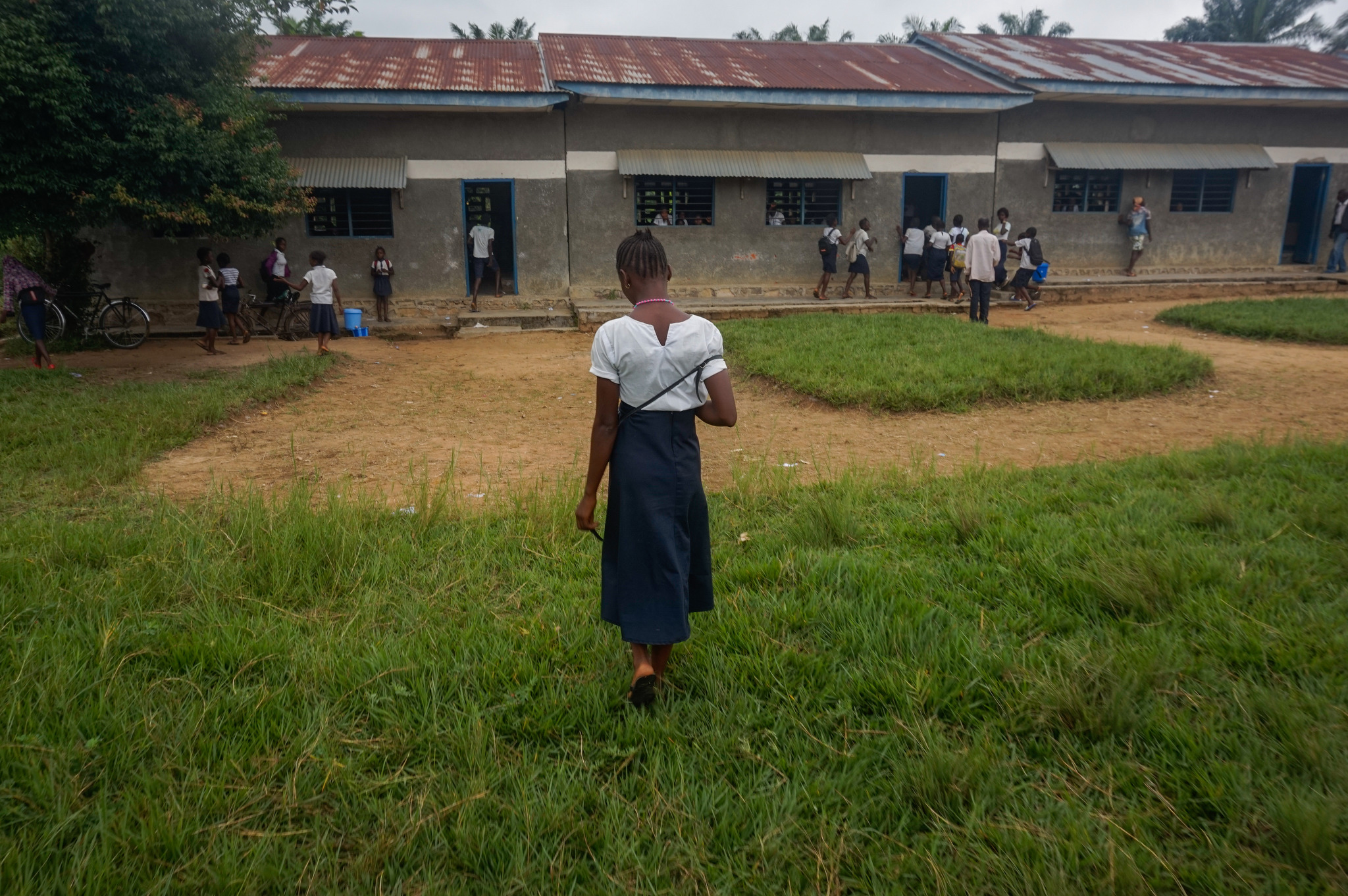 BATIAMADUKA, DEMOCRATIC REPUBLIC OF CONGO — Every morning, Jeanne Kirongozi wakes at 6 a.m. and hustles out of the house. It’s cold, and the sky is covered with clouds as the 15-year-old hikes 1 kilometer (0.6 mile) up the mountain to a freshwater spring, where she waits to fill her water cans among other residents of Batiamaduka, a Kisangani suburb that’s home to more than 300,000 people.

The return journey is even more arduous. Jeanne carries one 25-liter can on her head and a 5-liter can in her hands, and if it’s been raining, it’s easy to lose her footing on the slippery slope. By the time she returns home, around 8 a.m., she is sweating, and her limbs ache.

Still, there’s no time to rest. The school day begins at 7:30 a.m., and by the time Jeanne gets there she’s already an hour late. Sometimes her teacher refuses to let her into the classroom because her late arrival disrupts the lessons, so she has to wait outside until recess at 10 a.m.

“I arrive late to school because I have to draw water for domestic use early in the morning before going to school,” she says.

Even though Batiamaduka is just 15 kilometers (9 miles) from Kisangani, the capital of Tshopo province, on the banks of the Tshopo River, the suburb is not connected to the pipelines that deliver drinking water to the region.

Residents rely on the local spring — a situation common in rural areas across DRC — says Gaspard Alenge, provincial director of the National Office of Rural Hydraulics in the Ministry of Rural Development. In areas like Batiamaduka, this has made life difficult for young girls, who are tasked with fetching water for their families.

“We are a small family,” Jeanne says. “My older brother and my parents wake up early in the morning to work in the fields, and I, as a girl, have to do the daily chores, including fetching water.” 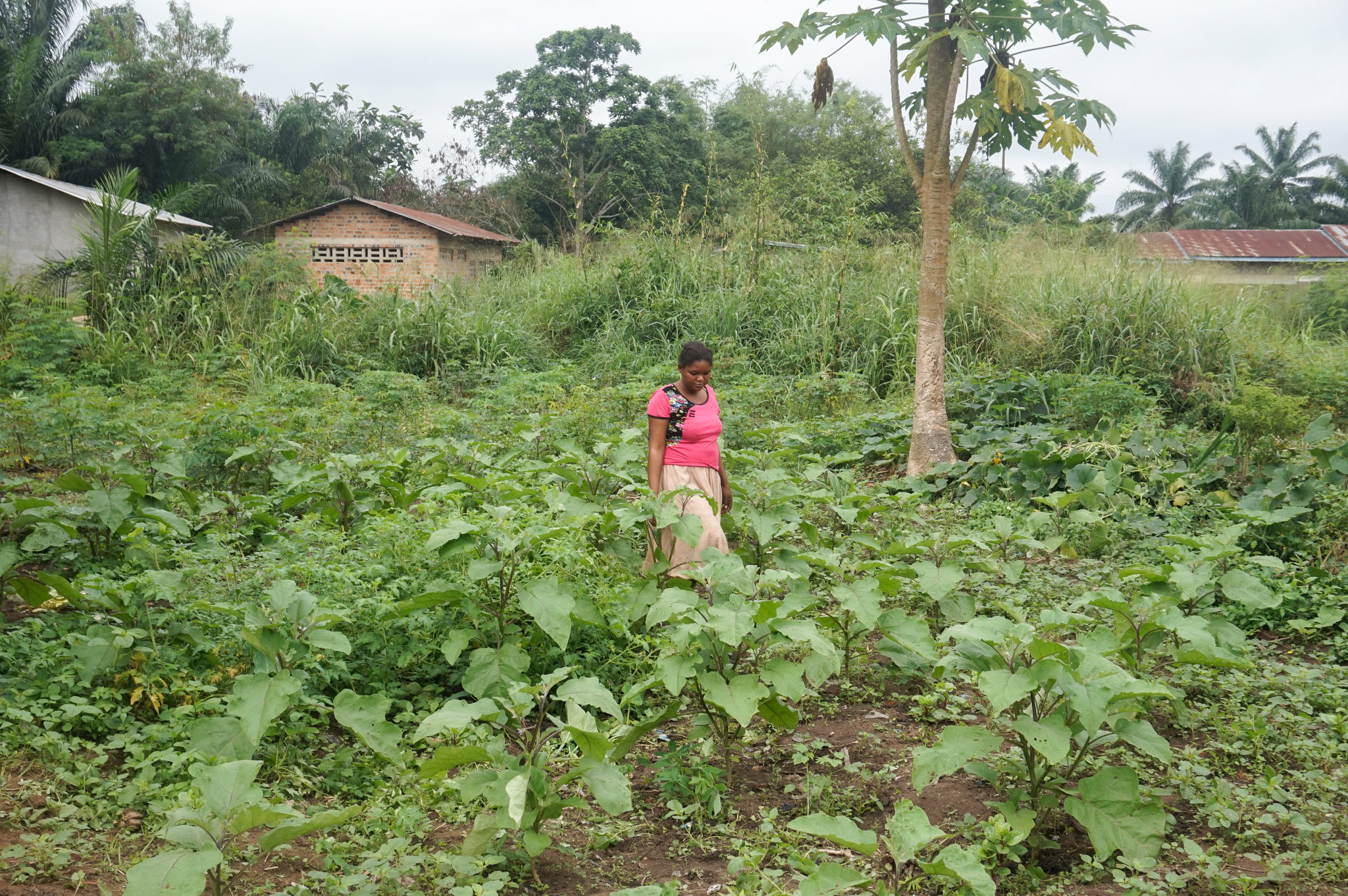 Mashamba Okoto, director of the Batiamaduka school, says a significant number of girls have dropped out due to the struggle to keep up with their studies and the financial challenge many families face to keep children in classes. By his count, the number of girls in his school has decreased from 486 at the beginning of the school year to 240.

Marie Kanjinga, 16, says it’s particularly challenging to get to school on time during the rainy season, when the trails to the spring are slippery. “Every day, I have to walk 1 kilometer to fetch water, and especially in this rainy period, it is very difficult for me to go to school,” she says.

It’s also easy to fall and become injured, girls say. Thérèse Kanku, a 14-year-old student at the Batiamaduka school, says she slipped recently: “I haven’t been to school in a month and a half, following a fracture in my left leg.”

Thomas-César Mesemo Wa Mesemo, the provincial minister of education, laments that obtaining water has discouraged girls from attending school. He says parents should try to organize household chores in a way that allows girls to take advantage of the free primary education the government began offering in 2019.

“The parents must take responsibility, especially for the education of young girls,” Mesemo Wa Mesemo says. “Free education is well taken into consideration, but it seems that parents are not aware of the future of their children.” 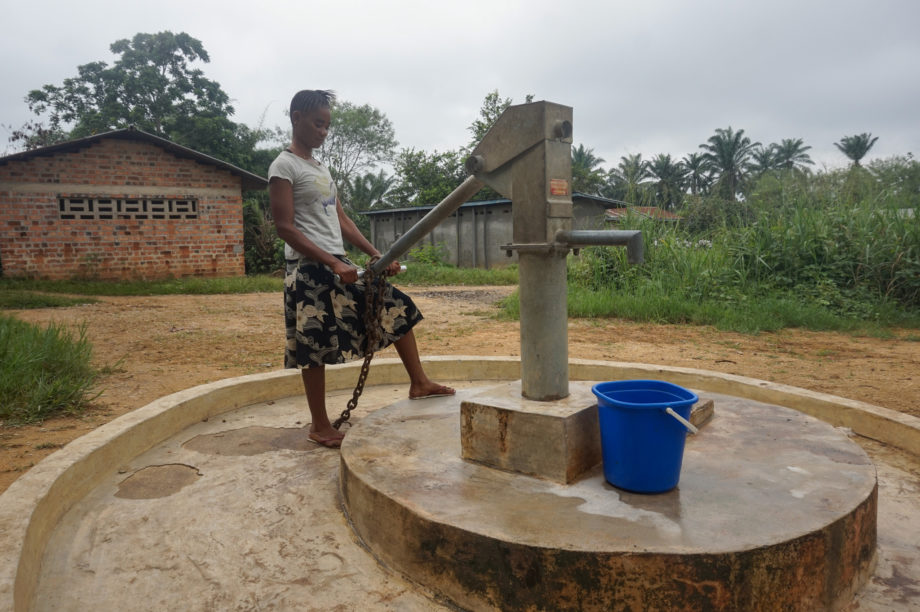 Marie Kanjinga fetches water from a pump about 1 kilometer from her home before going to school.

Better access to drinking water would also go a long way toward solving the problem. In 2015, the charity group Oxfam built three boreholes in the area in partnership with the central government, says Roger Bangwale, administrative secretary of the Lubuya Bera sector, of which Batiamaduka is the main suburb. These water pumping stations were more convenient than the spring, Bangwale says, but they are no longer functioning.

Developing new sources of water will take time and will require assistance from the national government, says Richard Florentin Azelito Payo-Saka, the provincial inspector of rural development. “The authorities must finally get involved to solve this scourge,” he says, “because the development of a water source costs at least $9,000.”

For now, Azelito Payo-Saka says, residents should try to be patient.