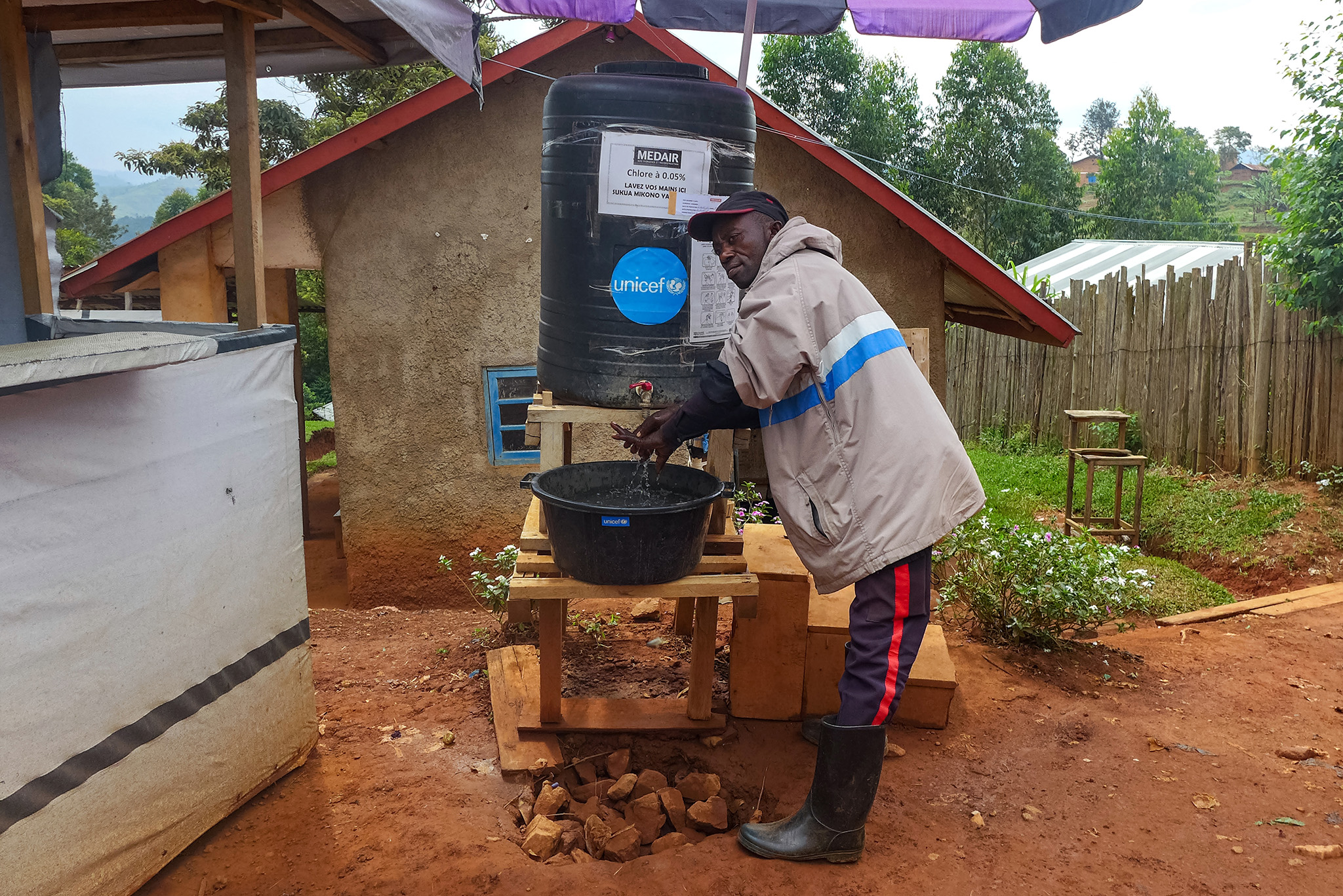 KIRUMBA, DEMOCRATIC REPUBLIC OF CONGO – In the town of Kirumba, anyone who felt ill could walk straight into their local health center to seek treatment.

That was before Ebola reached this part of DRC’s North Kivu province.

Today, visitors to many health facilities in the Kayna health zone, which encompasses Kirumba and the surrounding areas, have to pass through a triage zone before entering the building. Under a tarpaulin sheet, visitors must disinfect their hands and have their temperature taken by remote sensor.

Anyone running a temperature of 38°C (100.4°F) or higher is taken aside and closely observed. If their temperature hasn’t dropped after a third reading, the person is considered a suspected Ebola case and transferred to an Ebola transit center, a specialist facility for treating the disease.

But doctors say the special measures in place to detect and fight Ebola, which has killed 2,193 people in DRC since August 2018, put sick people off seeking treatment for other conditions which could also be fatal. 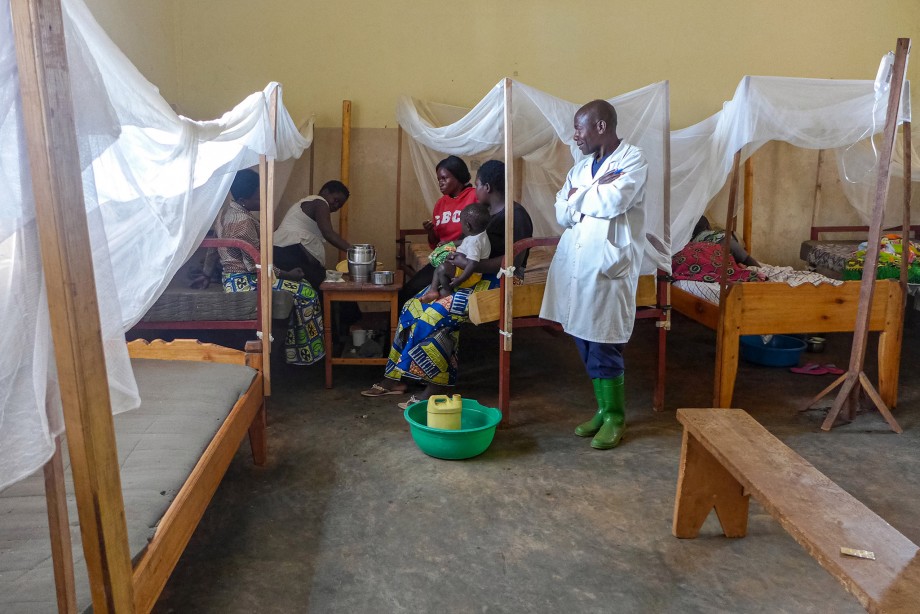 Nurse Kambale Kighoma attends to patients in the Baptist Community of Central Africa health center as they receive treatment for ailments such as malaria and typhoid fever.

Benjamin Kombi, a doctor at the health center attached to the Baptist Community of Central Africa in Kirumba, says patients with a range of different medical conditions once felt comfortable seeking health care services at the center. But things have changed since he began working with the Ebola response team.

Kombi says some patients are scared of the ThermoFlash – the non-contact thermometer used to measure body temperature in triage areas. He’s also heard misinformation circulating, including a rumor that nurses receive bribes from Ebola response teams to infect patients with the virus using injections. (People considered to be suspected cases and health staff at the facility are all given the Ebola vaccine, which could be the source of the rumor.)

Tsongo Kambale, the medical director of the Kayna health zone, says the rumors were probably spread by people from neighboring health zones such as Beni, where Ebola teams faced suspicion and even violence from local communities. In February, a treatment center in the city of Beni was burned down.

The current Ebola outbreak is the 10th to hit DRC and by far the deadliest. Kambale says that the first case in Kayna health zone was confirmed on Jan. 16, 2019. Since then, 28 people have been diagnosed with Ebola and eight have died in the zone.

Kambale points out that Ebola is not a death sentence. “If one comes [to the hospital] in a timely manner, then they have many chances to heal,” he says.

And in this part of DRC, where fewer people have died from Ebola, the risks of going untreated for other diseases are much worse.

“It’s not just Ebola that kills,” he says. “There are other diseases which are more dangerous.”

But local resident Dalgri Lwakunda says he won’t visit a health center while response teams operate in the town. The presence of military escorts – brought in after threats of violence against health workers – has made him distrust their efforts.

“Have you ever seen health care professionals escorted by soldiers?” he says. “We’ve never seen anything like this. Personally, I’m scared. I can never turn to these teams or health facilities that work in complicity with them.” 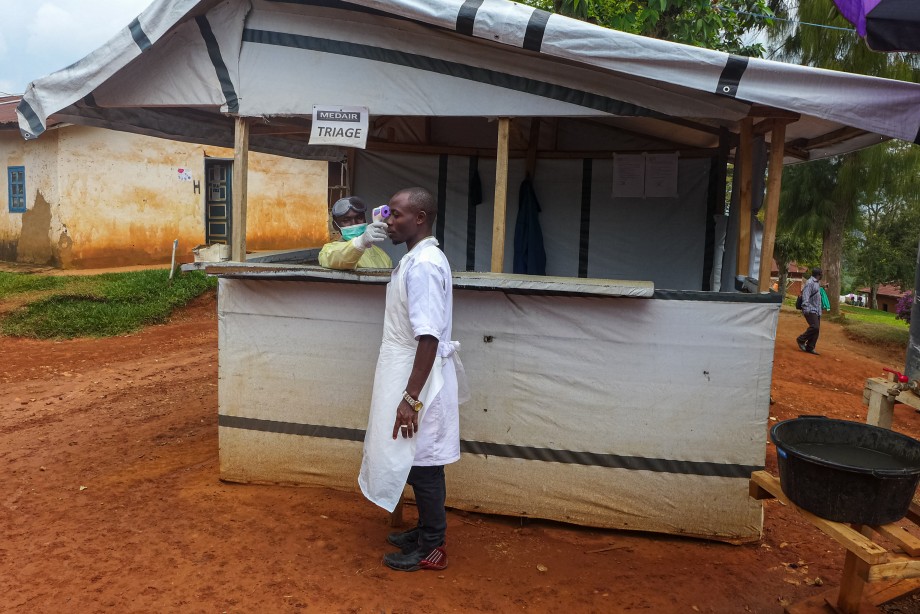 As the rumors spread, Kombi says the number of people seeking treatment for any type of health complaint decreased. He says patients increasingly prefer to be treated by traditional healers, at pharmacies or at health posts – smaller, privately run medical clinics.

Noella Masika Muhindo, a pharmacist, says that more people have sought help at her pharmacy since the Ebola prevention measures were put in place.

“Today, we receive many customers who say they’re scared of being injected with Ebola in health facilities. Many of my customers will turn to these facilities again after Ebola is stamped out in the area,” she says.

Kasereka Sivanzire, a traditional healer, says the number of patients turning to him increased too.

“Before the Ebola outbreak, a very small number of people came to my center,” Sivanzire says. “I had to work two hours in the morning and two in the afternoon. Today, patients’ frequent use of my center has me working all day long.”

But Kombi warns that the decision to seek alternative forms of care can have disastrous consequences.

“Traditional healers and most workers in health posts aren’t specialists in treating medical conditions,” he says. “After any unsuccessful attempt to heal, patients are rushed to health facilities when it’s too late, and unfortunately many of them end up dying.”

Tsongo says response teams are meeting with local leaders to raise awareness on how to break the chain of transmission. They hope to dispel the rumors that Ebola response teams spread the disease, as well as demystify the screening process.

“People need to know that Ebola is in our midst,” Kombi says. “Everyone must be involved in the fight.”