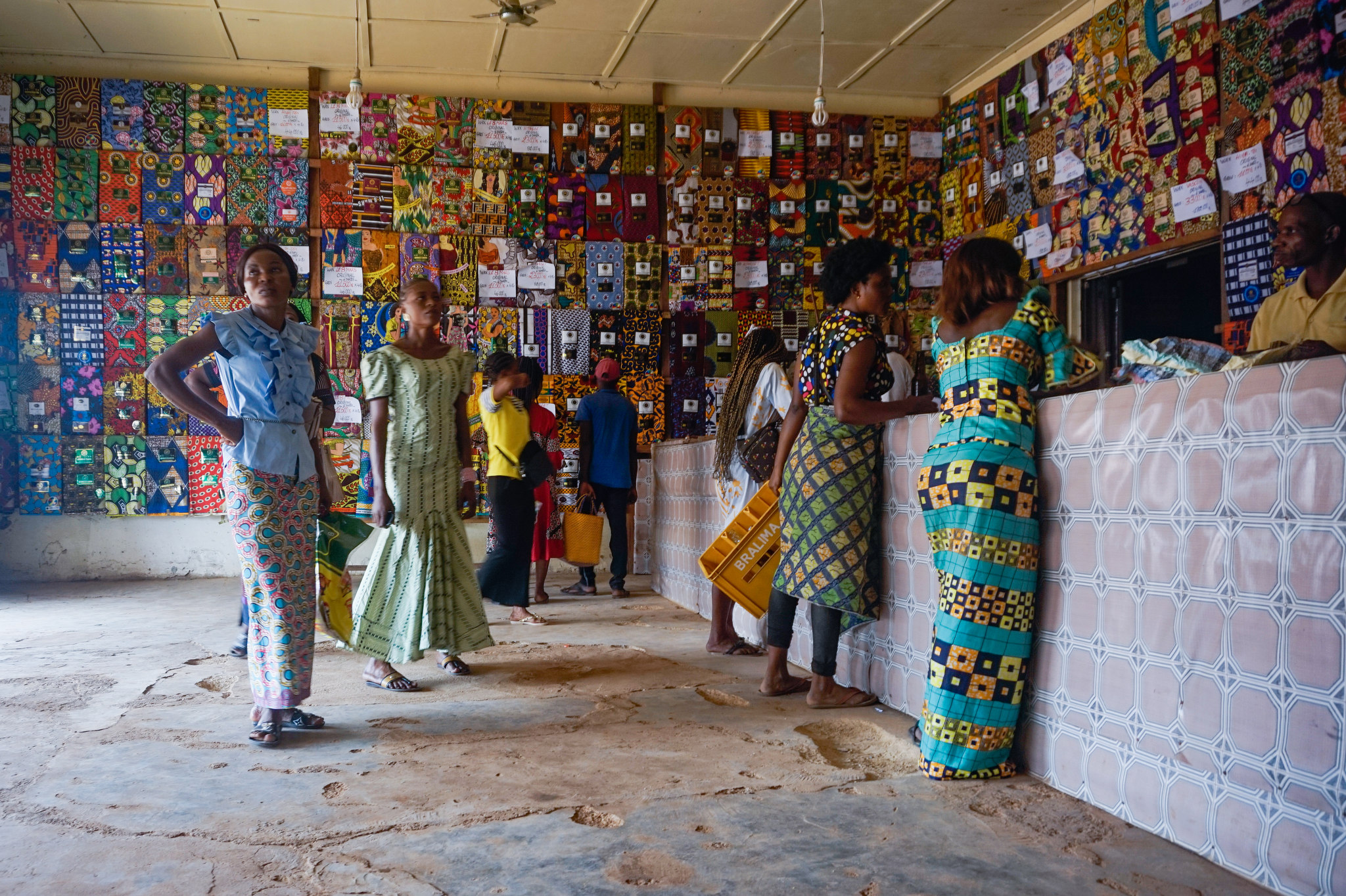 KISANGANI, DEMOCRATIC REPUBLIC OF CONGO — Massive white warehouses line the Tshopo River at this lush green site on the outskirts of Kisangani, birds singing all around. Here in the northeastern part of the country lies the Société Textile de Kisangani, or Sotexki, DRC’s only remaining textile factory. Inside, machines lie idle, silence broken only by the murmur of a few workers.

DRC’s cotton industry has seen better days. The Belgian authorities began growing cotton as an experimental crop in 1918; the industry peaked in 1959 and remained one of the largest in the agricultural sector in then-Zaire through the 1980s, when 10,000 people worked in 10 textile factories. Inaugurated in 1974, Sotexki was for decades the largest company in the region, known for its iconic loincloth patterns.

Following the various wars of the 1990s, all of DRC’s loincloth factories except Sotexki closed. The lone survivor is now on the brink of joining its former peers: Poor road infrastructure, dwindling investment, lack of state support, and competition from China and India forced the factory to nearly halt production in 2020, according to the factory’s management.

Sotexki’s closure would mark the demise of an industry that was once a source of national pride, and the end of the era in which a significant part of the cotton worn in DRC was entirely local, from seed to dress.

“Everyone is aware of the low production of this factory,” says Glombert Loko, Sotexki’s director. “There are talks about how the machines are in tatters.” Loko was hired in 2016 to revamp Sotexki, albeit with only a fraction of its original capacity. From 2,500 employees in the 1970s, it restarted with 500; from a 1.5 million-square-meter (16.1 million-square-foot) installed capacity, it would use only 261,000 square meters (2.8 million square feet). Since 2020, Sotexki has used just over 65,000 square meters (700,000 square feet). 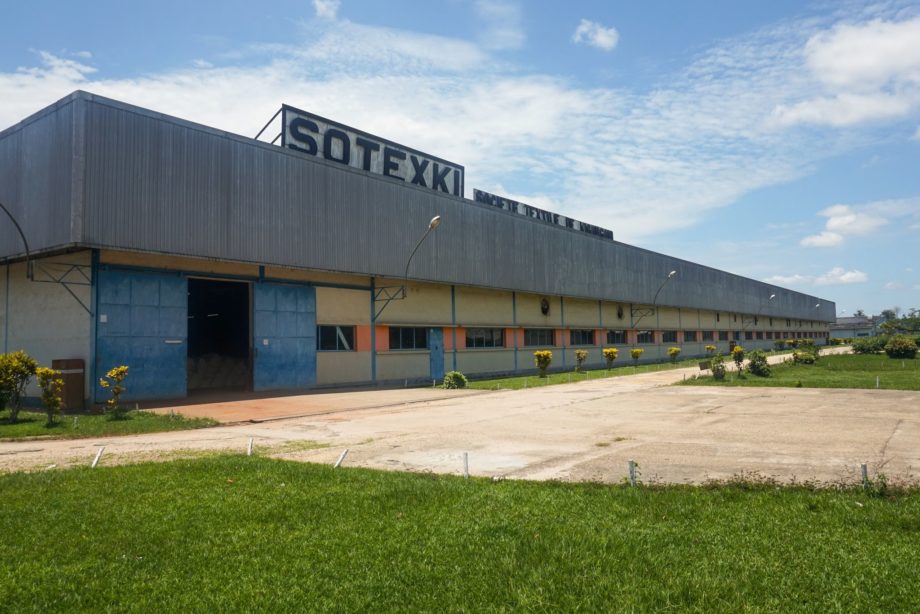 A warehouse of the Société Textile de Kisangani, the Democratic Republic of Congo’s last textile factory. Supply and infrastructure problems, coupled with competition from imports, have forced the factory to nearly halt production.

While a March 2020 decree by the Ministry of Finance exempted it from paying import taxes on new equipment and replacement parts, factory management claims that the Direction Générale des Douanes et Accises, the customs authority, refuses to comply. Sotexki took legal action against the agency through the Council of State, the highest administrative court, which, according to factory management, ruled in its favor on Sept. 16, 2021. Still, Loko says, the agency has refused to comply with the decree and 10 new machines remain stuck in customs. The customs agency didn’t reply to multiple requests for comment.

“We had some difficulties in obtaining raw material such as cotton and dye during the different wars, but Sotexki restarted its activities,” says Médard Adipenza, Sotexki’s head of production, who has worked at the factory for more than 20 years. “Today, however, nothing works.”

While cotton yields declined sharply after independence in 1960, probably linked to the end of forced cultivation imposed by the Belgian authorities, the industry recovered in the following decade. The 1990s wars, however, dealt a heavy blow, spelling the closure of many factories and the collapse of distribution networks. Sotexki itself suffered $1.64 million in damages during a battle between Ugandan and Rwandan forces in 1999. The few remaining farmers, concentrated in the nearby province of Ituri, prefer to sell across the border in Uganda, Adipenza says, because the roads leading there are in much better condition than the roads to Kisangani.

“Everyone is aware of the low production of this factory. There are talks about how the machines are in tatters."Glombert LokoSotexki’s director

Sotexki’s situation has 64-year-old Grison Amisi, one of its 500 workers, on the brink of unemployment. “I come here every day, I have to cross two municipalities to reach the factory,” he says, “and when I arrive it is just to show my face and stay until the evening without doing anything in order to keep my job.”

Afraid he won’t be able to provide for his family, Amisi also laments the possible loss of part of DRC’s cultural heritage. Sotexki’s wax prints were once worn by women all over the country, but now most rely on imported loincloths.

“Our loincloths are too expensive,” says Safalani Kiyana, a 46-year-old Kisangani resident. A single local loincloth costs about 40,000 Congolese francs ($20), she says, while cloths imported from Asia only cost up to 20,000 francs ($10).

Loko is quick to dispel rumors that Asian loincloths are of superior quality. “Quality isn’t Sotexki’s main problem,” he says. “It’s the lack of raw materials and need for modernization. The latter requires a big investment since the factory is gigantic.” 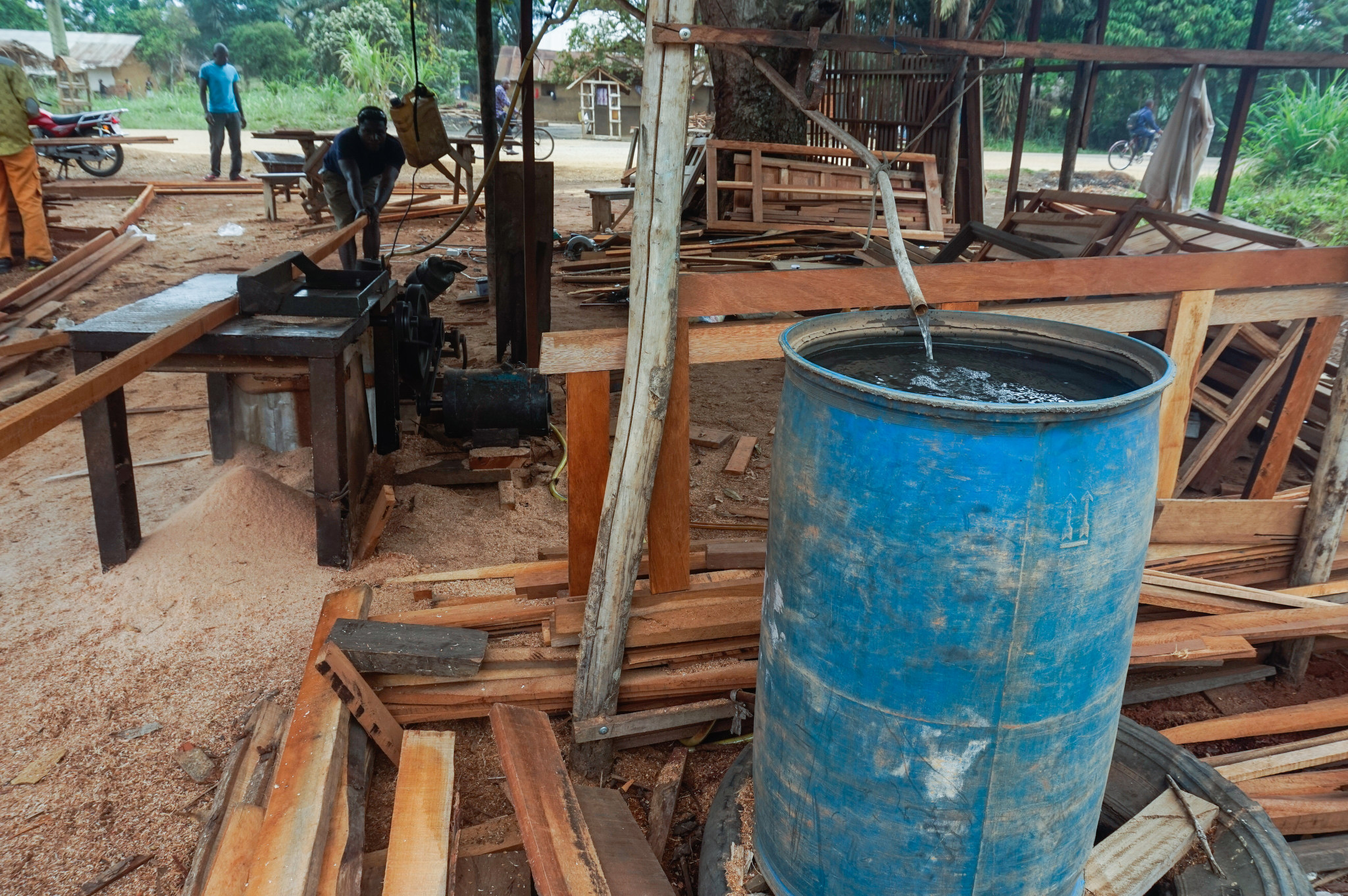 Keeping the Lights on in DRC

In November 2021, Jean de la Lune Okito, the provincial director of the Federation of Congolese Enterprises, a private association of businesses, hosted a breakfast and guided tour at the factory with prominent businessmen, politicians, civil society leaders and other notable Kisangani citizens.

Among the guests was the governor of Tshopo province, Maurice Abibu Sakapela, who promised to lend his support. “I wouldn’t want Sotexki to close its doors as it’s a company of great value for the Tshopo,” he said at the time.

Okito acknowledges that private help alone won’t take Sotexki very far. “Restarting production would also require the rehabilitation of gearing factories, which would entail significant investments that would be difficult to achieve without a strong subsidy from the government,” he says.

Also last year, National Deputy Faustin Toengao Lokundo promised to enlist Tshopo’s elected officials to help relaunch the company. “I condemn some of my compatriots’ bad faith,” Lokundo said. “They are not worried while the company is suffering and declining. The machines are getting damaged for nothing.”

So far, these promises haven’t translated into material help for Sotexki. Without decisive intervention, DRC’s iconic loincloths may live on only as museum relics and footnotes in history books.