Skip to main content
The story you are reading was published on Wednesday August 12, 2015. To read more recent stories click here. 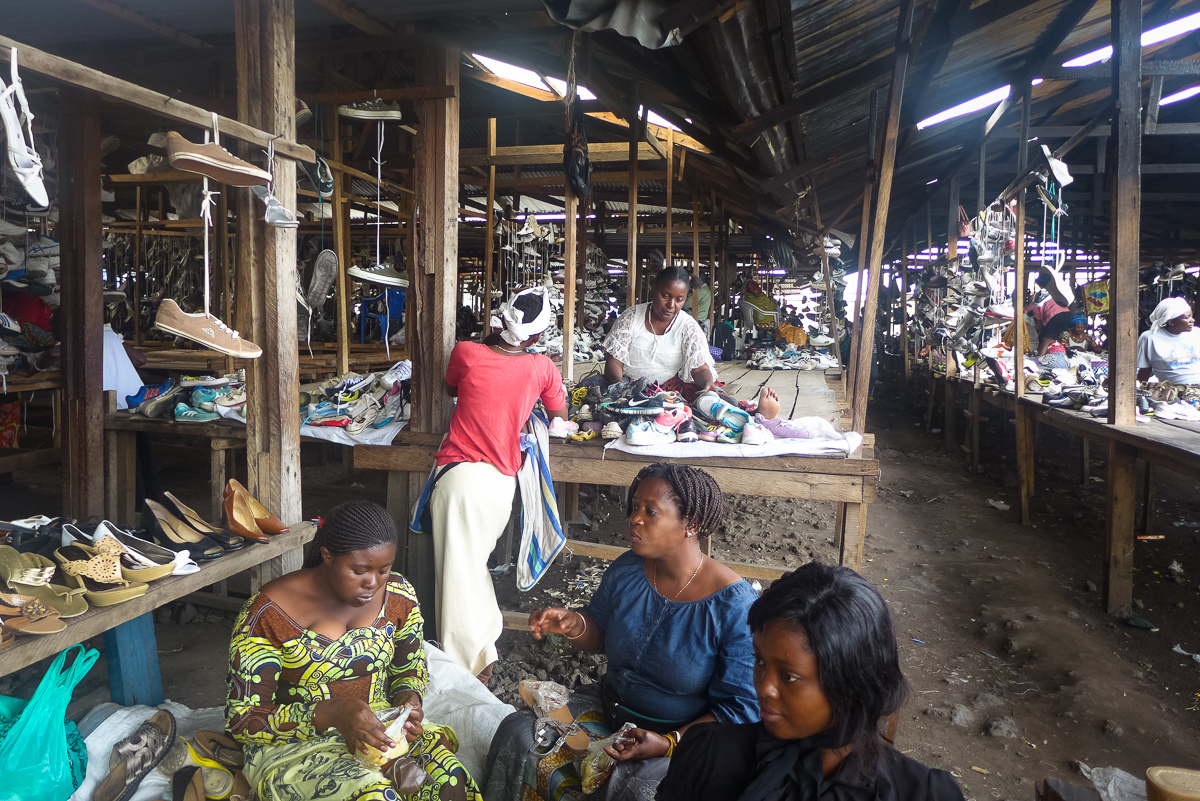 GOMA, DEMOCRATIC REPUBLIC OF CONGO — Irene Buhoro Burumanga Bushenyi once walked the streets of Goma balancing a large plastic bin of shoes on her head, hawking her wares to passers-by.

It was hard, hot work. Burumanga and other low-income women were compelled to do it to feed their families.

Today, Burumanga drives her own car around Goma, and she’s preparing to campaign to be a provincial deputy in DRC’s North Kivu region.

Burumanga, who has changed the lives of hundreds of women, along with her own, says she’s up for the challenge. In a country with an average annual income of $410 per person, Burumanga is a wealthy woman.

“If I become a deputy, I will always fight for all Congolese women,” she says. “I will never forget where I come from.”

It’s been more than a decade since Burumanga’s life began to transform. Fed up with peddling shoes under Goma’s hot sun, Burumanga in 2002 was among a dozen shoes vendors who raised $400 to rent land near the bank Caisse Générale d’Epargne du Congo (“General Savings Bank of Congo”), known as CADECO. The women established the Association UVSUDG/asbl, commonly known as the CADECO shoe market, borrowing the name from the bank. The women built the market’s structure with wooden pillars and a roof made of iron sheets.

The market represents an incredible achievement: In a 2014 World Bank report that ranked countries by how easy it is to start a business, DRC placed 184th out of 189 countries.

In a 2004 report, two years after Burumanga and other women started their shoe market, costs associated with starting a business in DRC totaled 872 percent of the country’s per capita income.  Since then, the country has made marked improvements. Procedural requirements and the cost of permits have both eased up, according to the latest regional report.

Burumanga, now 41 and a mother of five, was elected the first president of the association. All of the roughly 80 original members were women who once earned their income selling shoes on Goma’s streets. Today, instead of walking about town with heavy bins on their heads, association members welcome customers from around the region to CADECO market, where they will find secondhand shoes from Canada, Germany and Italy.

About 250 women now belong to the association, and Burumanga is a distributor selling shoes to the women, who in turn sell them at the market.

In a region where disputes often erupt in conflict, the women who run CADECO market look beyond their differences to achieve a common goal: financial self-sufficiency. The association has expanded and now pays $1,500 a month to rent the space it needs, and each woman operates as an independent vendor. Each woman pays according to the type of space she rents, and group leaders collect the money to pay the rent. CADECO market is the only market in Goma that specializes in shoes, and the only one founded by women.

That’s an attractive shopping option, even for people who live across international lines. Francine Uwase, a resident of Gisenyi, a Rwandan town across the border, says she’d prefer to cross into DRC – a country known more for violence than for a thriving economy – to shop at CADECO market than to buy shoes anywhere else.

“Whenever I need nice and cheap shoes, I travel to Goma, straight to CADECO market,” Uwase says. “There I can buy very nice shoes on $3, $4 or $5, which is a good deal.”

Association members say their partnership provides much more than a paycheck.

“Here we are like a big family,” says shoe seller Chantal Mputu. “When one of us runs into difficulties, we help her. We are always ready to intervene when it comes to support one of us.”

When Clementine Wabiwa’s husband was paralyzed in an accident, the women at CADECO market contributed $2 each to buy rice, oil and other necessities for the family. Wabiwa, a 49-year-old mother of seven, says those contributions fed her family for two months.

“Despite my husband’s inactivity and financial instability, coupled with my advanced age, my fellow mothers’ love allows me to cater to the needs of my household with the little money I earn,” she says.

Clarisse Buzuri says she was often robbed when she sold shoes on Goma’s streets.

“One evening, I was approached by two bandits who took away all that I had earned,” Buzuri says. “I almost lost my head because I had walked too much to earn the $15 that the poor bandits took away.”

Now, safe in the market, Buzuri says she can focus on her business.

Some women use CADECO market as a launching pad for independent businesses.

Patricie Bisoka, 40, was among the 12 women who started the CADECO market. In 2009, she opened her own clothing shop. She earns $200 a month, and sends her children to a good school, she says. Selling shoes on foot, Bisoka could sell a pair of shoes for $1.50 or $2, but it was challenging work, she says. To beat the competition, she had to wake up at 5 a.m. every day to do household chores and then head outside by 7 a.m.

“To get $5, I had to get around Goma neighborhoods with a basin of shoes on my head,” Bisoka says.

With her income, she could buy makayabu, a dried, salted fish, and fufu, a starchy staple food made from flour or root vegetables, for her children, but she couldn’t afford to buy the children’s clothes or pay their school fees.

Today, she welcomes customers into her store with a wide smile stretched across her face. Owning her own shop was a dream Bisoka long considered out of reach.

“Now I have my own store, and I am a wealthy and self-reliant woman,” she says. “I contribute to the development of my household, and I am proud of that.”