Skip to main content
The story you are reading was published on Thursday June 29, 2017. To read more recent stories click here. 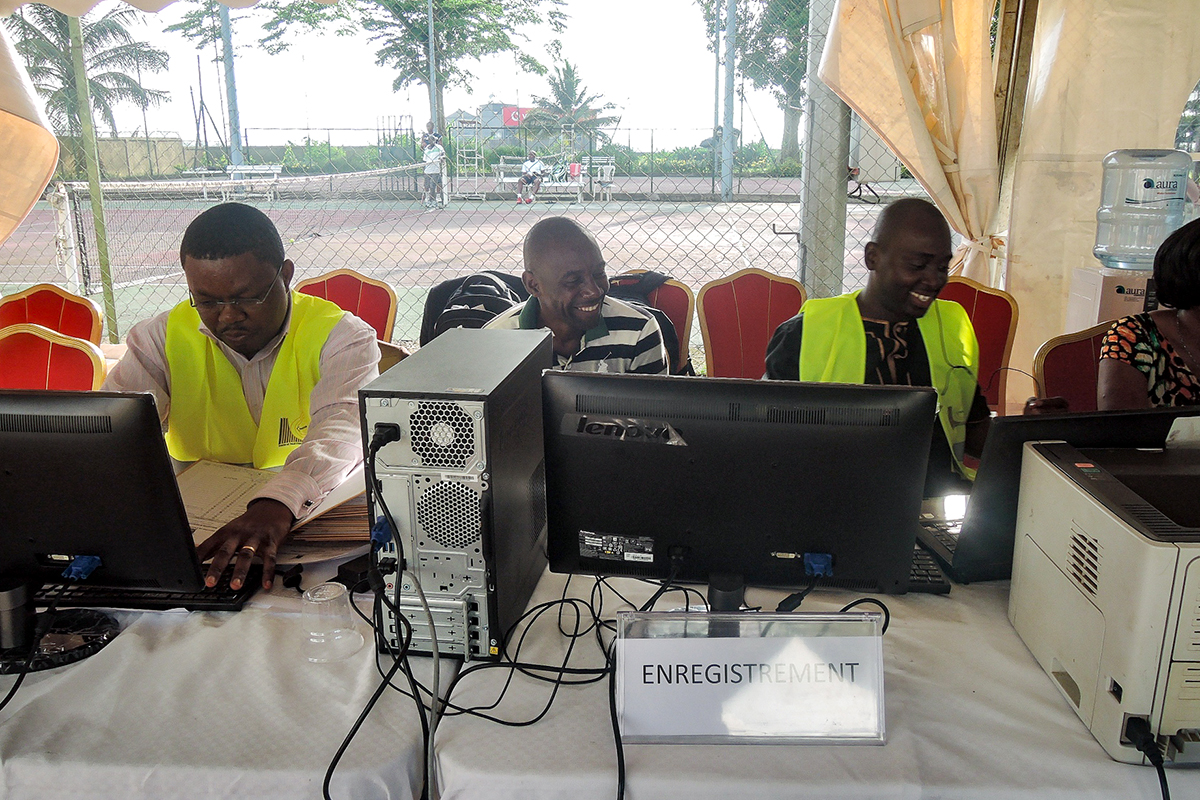 DOUALA, CAMEROON — Mohamed Ahmed Falata, 34, runs a technology startup that provides entertainment to passengers on community buses. He created the company, Viva.cm, in 2015 and now partners with two transportation agencies, but getting people to invest in Cameroon startups like his is tough.

“Companies are not always open to new ideas,” Falata says. “They are always waiting for someone to start first, and when they become mainstream, that is when everyone wants to jump onboard.”

It took Falata more than a year to secure the startup’s first client, the V.I.P. service of Musango Bus Service. That achievement came after a long process of testing the product on the company’s buses, negotiating a price and setting up the service.

Then came the three-month internet shutdown by the government earlier this year in the English-speaking North West and South West regions of Cameroon, after violence erupted between government forces and protesters in these provinces. The demonstrations challenged the majority government’s policy of assigning French-speaking judges and teachers to Anglophone-area courts and schools. (See the GPJ article here.)

To continue operations during the shutdown, Falata’s team, like many of the other tech entrepreneurs in Buea in the South West Region, temporarily relocated to Douala, several hours away, in the French-speaking part of the country. The shutdown greatly affected the business, since Viva.cm could no longer package digital banners, posters and trailers meant to introduce visitors to the site’s content, because the buses running in the area of the shutdown could not receive internet.

To support the industry, Cameroon’s Ministry of Posts and Telecommunications is planning a series of meetings in all 10 of the nation’s regions, to bring startup companies and investors together. The first two meetings were held in the French-speaking portion of the country – in Yaoundé in February, and in Douala in April.

“All youths with projects that already exist or that only exist in their heads can come to the Globe-trotter that will go through all the regions,” says Kevin Elom, an official from the Ministry of Posts and Telecommunication for the Littoral region.

Several entrepreneurs, however, say the tech community is skeptical of a government that would shut off the internet in part of the country, and they are seeking a more conducive market beyond Cameroon. Some are finding investment from neighboring Nigeria. 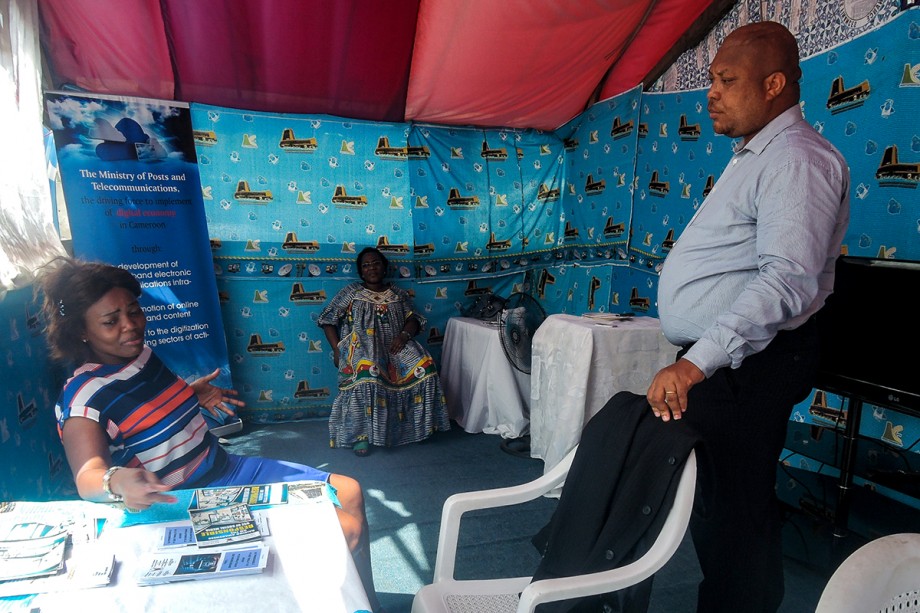 Kevin Elom (right), who works for the Ministry of Posts and Telecommunications, exhibits telecom services at the 2017 Douala International Trade Fair with his colleagues Sophie Nde (left) and Clementine Bouelle.

Getting funds has not been a problem for Teche Tah, founder of Cranium Inc., a Cameroon company that runs skolaly.com, an open source platform enabling free scholarship searches for international students. However, he says, it is a challenge for most of his tech colleagues to obtain funding, especially from investors in Cameroon.

“The investment pool is slow,” says Tah. “Most of the startups I know that have gotten any investment at all have not been from Cameroon.”

Tah’s company was one of the 2016 winners of the Tony Elumelu Foundation Entrepreneurship Program in Abuja, Nigeria, named after an economist and banker. Tah acquired startup money and mentorship from the foundation that helped him equip an office, advertise and market.

For the 2017 round of the program, Tah acknowledges, technology startups from the English-speaking part of Cameroon were at a disadvantage, because during the internet shutdown they had to travel from Buea to Douala just to apply.

And Cameroon’s tech startups have had another recurrent problem. “Even before the internet shutdown, internet in Cameroon has not been stable,” says Tah. “The speed is not as good, it goes off a lot, and, being tech startups, those are the kind of things we really depend on.”

He’s doubtful that many technology startups would consider government help. “There is a general sense of distrust right now towards the government,” he says.

Falata says he used the shutdown period, which lasted from Jan. 17 to April 20, to focus on seeking investment, and he won a place in an accelerator program in Nigeria called Ventures Platform, which provides a 16-week mentorship and seed money for “innovative companies solving real problems across the African continent” that are “hungry goal getters with a deep desire to win.”

Falata regrets that most investors are not ready to risk funding a young, unestablished startup. “They want you to have already solved all the problems, figured everything out, but it’s very difficult to do that when you don’t have the revenue for that,” he says.

Falata equally says he won’t depend on government assistance to build his company.

Falata is not sure about his business prospects in Cameroon.

“I am thinking we’ll just get up and move out to a much bigger and welcoming market,” he says. “I think there are more opportunities in the rest of the continent.”