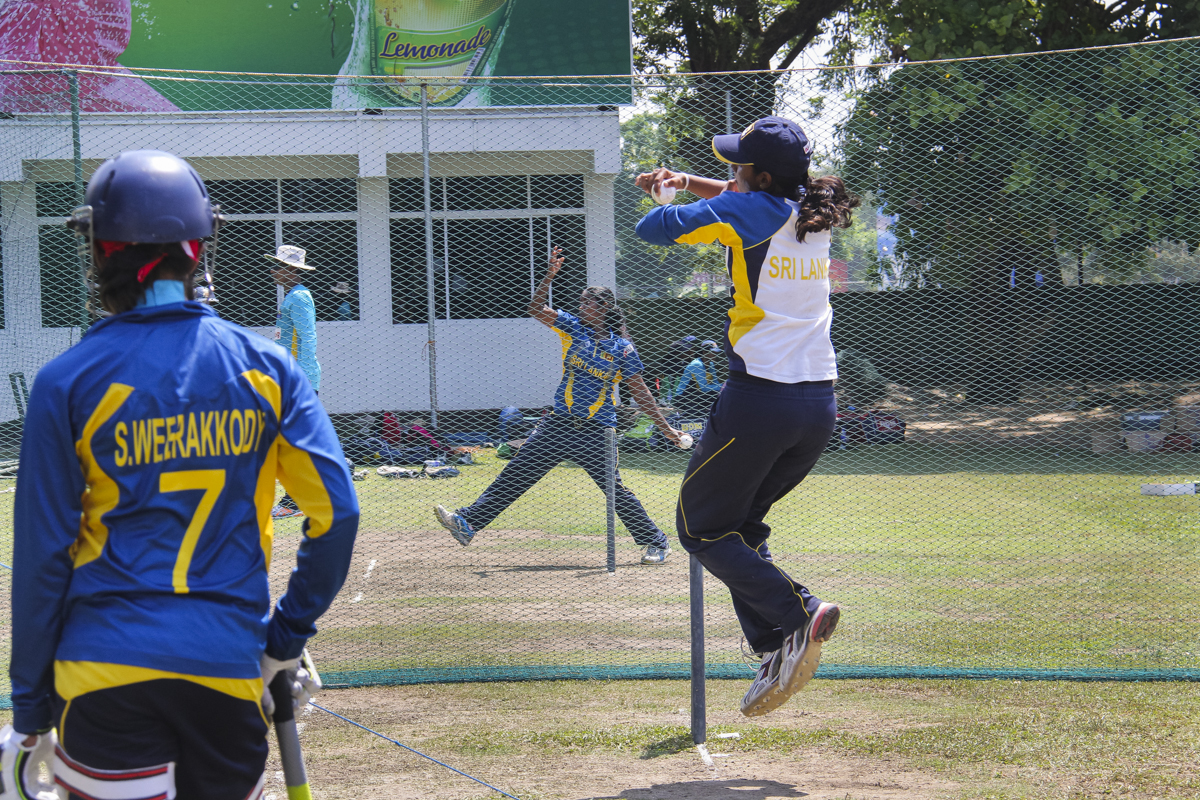 COLOMBO, SRI LANKA – It used to not mean much that Eshani Lokusuriyage, 29, was a senior member of the Sri Lankan national women’s cricket team.

“In the past, when we said that we played professional cricket, people would laugh or say, ‘As if girls can play cricket,’” Lokusuriyage says.

But that treatment of the team has changed.

“Now people know us,” Lokusuriyage says. “Sometimes, we even find three-wheel taxi drivers know us and appreciate how we play.”

This is a big deal in Sri Lanka, where this is the most popular form of taxi and drivers stay abreast of local news.

When Lokusuriyage was growing up, her school, like most Sri Lankan schools today, did not have a girls’ cricket team, so she had no opportunity to develop her skills until she joined a cricket club in her late teens. Today, she is a right-handed batter and right-arm, medium-pace bowler for the national team.

Shashikala Siriwardene, 29, who has served as captain of the national women’s cricket team for various tournaments and series, says that the Women’s World Cup in 2013 changed the way Sri Lankans viewed the women’s game. The International Cricket Council, the game’s international governing board, organizes the tournament.

“After watching our performance in the World Cup last year on TV, everyone’s attitude changed,” she says. “We were invited to tournaments from other countries, such as India, who didn’t invite us to tournaments before.”

A few years ago, even when the team won a match, no one in the country knew about it, Siriwardene says.

“Our families saw us playing only last year, when it was telecast on TV,” Siriwardene says. “They were thrilled to see us and now appreciate what we do.”

After living in the shadow of men’s cricket for many years, the Sri Lankan women’s team is slowly coming into its own.

“In Sri Lanka, cricket is a passion,” says Jeevantha Kulatunga, coach of the national women’s team.

The first Sri Lankan women’s cricket team was formed in 1997 under the Women’s Cricket Association, a group of women who aimed to popularize the sport for women in Sri Lanka.

Lacking facilities and funds, the team made slow progress, says Vanessa De Silva, the captain of the first women’s cricket team and coordinator of the current team. Even when the team won tournaments, it received scarce media coverage, so the public did not know about its achievements. Seeing little future in the sport, many players quit the team to focus on career and family.

In 2006, after the International Cricket Council ruled that each country’s cricket board should manage women’s cricket, Sri Lanka Cricket, the game’s national governing body and a multimillion-dollar organization, took over management of the women’s team.

The team now brings a professional attitude to the game – a key contributor to its recent successes, Kulatunga says.

“The players always had talent, but now they also have a ‘cricket sense,’” he says. “They are focused on their game, and they are there to perform.”

The professionalism of the players shows in many ways, Kulatunga says. 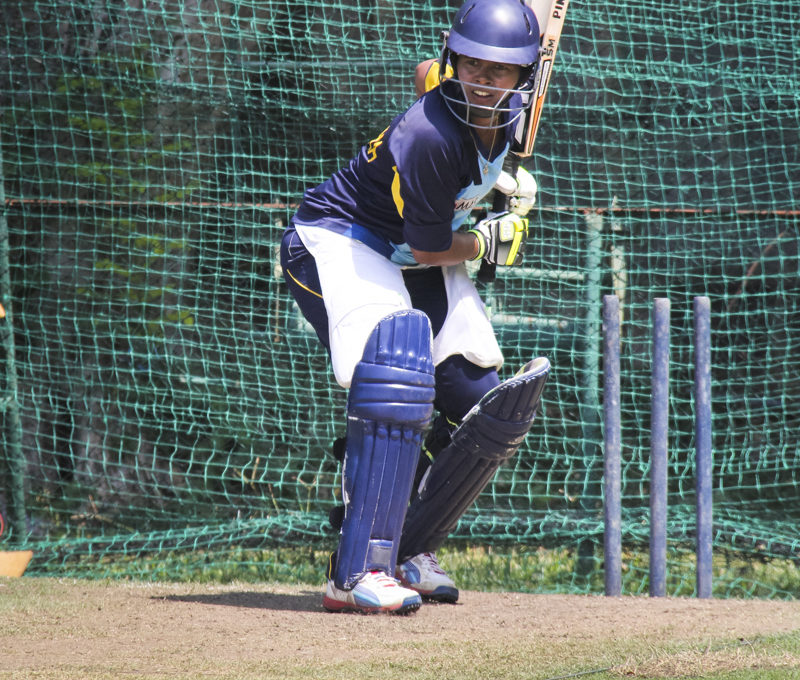 Oshadi Ranasinghe, left-arm bat, practices her batting skills at the Nondescripts Cricket Club outdoor nets in Colombo. Each batter on the team receives special coaching to improve her style and technique. 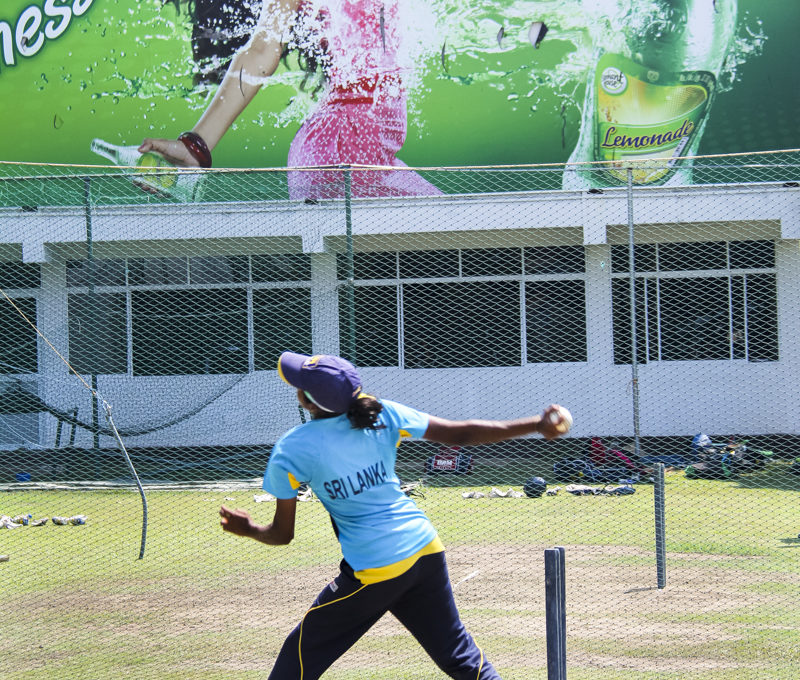 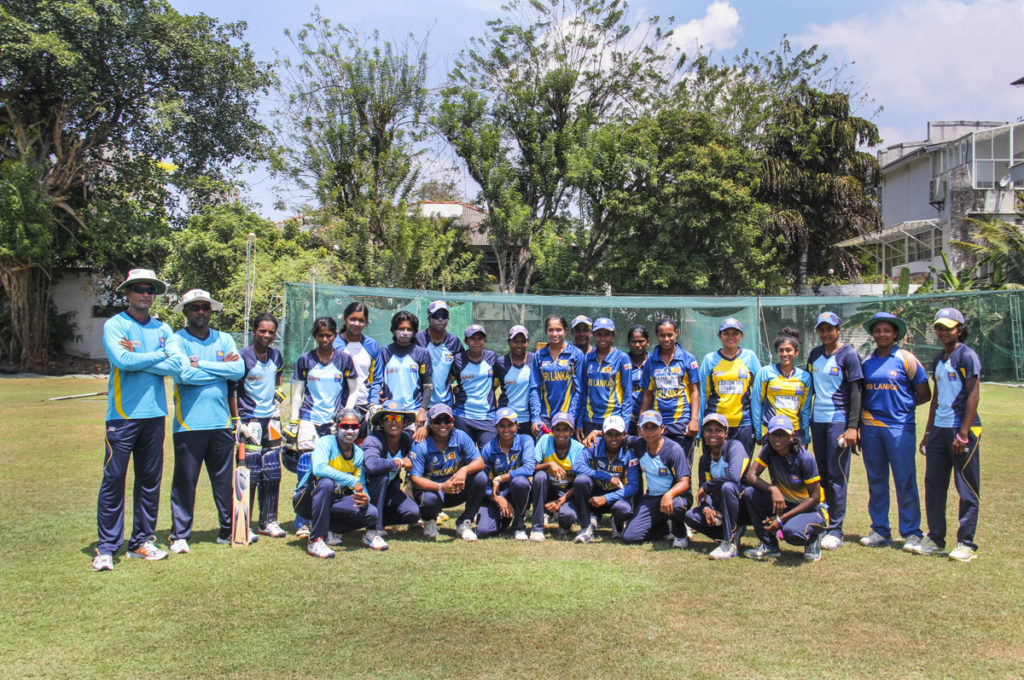 Members of the Sri Lankan women’s cricket team practice at Nondescripts Cricket Club Ground in Colombo. The team practices five days a week with Kulatunga and the rest of the training staff. 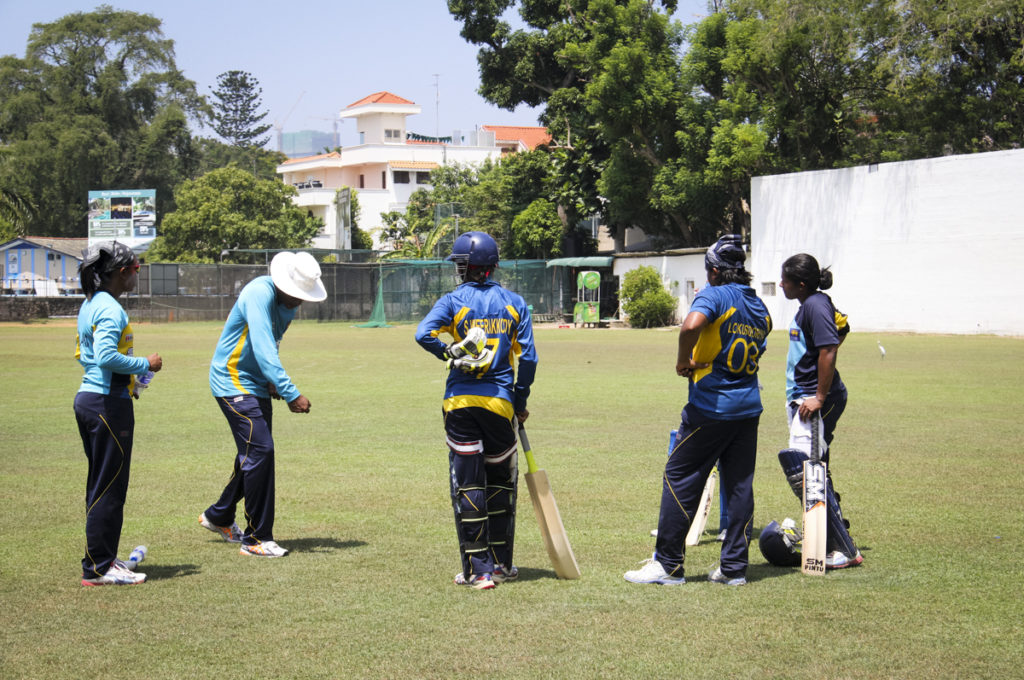 Siriwardene is one of the few professional women’s cricket players in Asia who has continued to play professionally after getting married, she says. In so doing, she has followed the example of Western players instead of hewing to Asian custom. Since her marriage last year, she has set the standard for others on the Sri Lankan team, who feel inspired to do the same.

“I thought, ‘Why give up?’” Siriwardene says. “Pakistani players quit after marriage. So do Indians, and it may be our Asian culture. But the England team was not like that. They still played after marriage. Some of them even had children and came back to the game. As long as they can perform, they play on the team.”

A leading run scorer for the team, Siriwardene is a right-handed batter and right-arm, off-break bowler. Her batting style follows perfect technique, as she comes forward to slice a slow bouncer high into the air for a boundary during a recent practice session.

The professional attention and benefits the team receives under Sri Lanka Cricket have also improved the players’ performance, De Silva says. Recent tournaments and games bear out her claim.

The team beat England, the defending champion, in the Women’s World Cup last year. In January, the team won a Twenty20 International series against India by winning two of three games.

After its performance in the 2013 Women’s World Cup, the team moved up to No. 5 in the one-day international world match ranking. The team had long strived to break into the top five.

“It was only after last year’s Women’s World Cup that I got interested in the women’s team,” Solomon says.

Although Solomon knew there was a women’s cricket team, she did not know much about it because it received so much less publicity than the men’s team, she says. This is still the case.

“Even the smallest thing about the men’s team is in the news,” Solomon says. “The women’s team hardly gets even a mention when they play matches. Sometimes we have to watch matches online as they don’t telecast all the women’s matches.”

Still, change is happening. Spectators at the team’s matches and fans of its Facebook page include both men and women. A lifelong cricket fan, Solomon says she is thrilled that she now has a women’s team to support.

“Now I prefer the women’s team over the men’s team,” she says.

In addition to team fame, the players are also collecting individual honors.

Lokusuriyage is the only Sri Lankan player on the Women’s World XI, a team of the world’s best players formed by the International Cricket Council.

This month, Siriwardene was chosen to play on the first Rest of the World women’s team in May as part of the commemorative events marking the 200-year anniversary of the famous Lord’s Cricket Ground in England.