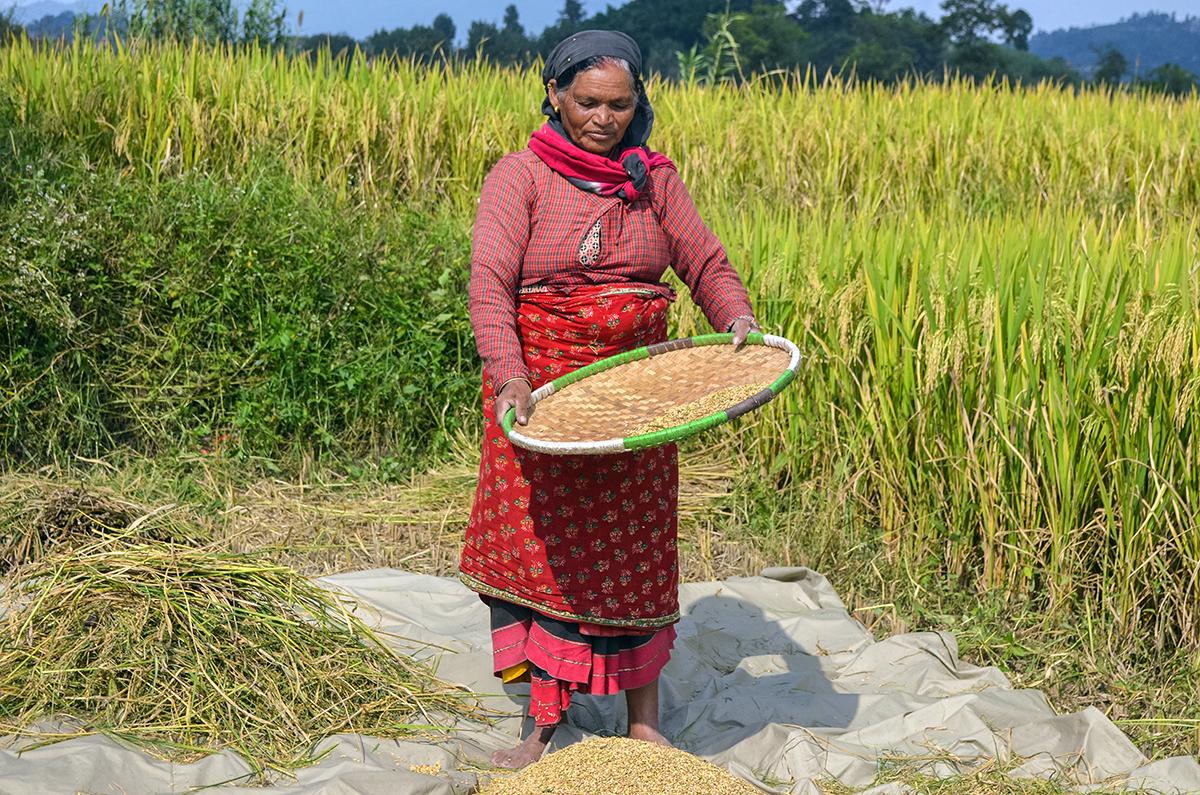 BHAKTAPUR, NEPAL— Mahili Byanju sifts paddy seeds in a supo, a traditional flat bamboo tray. The 74-year-old grain farmer has tilled paddy plantations for more than half her life, but it wasn’t until two years ago that she was able to call this farmland her own. That was when Byanju’s husband bought the land and registered it in her name.

But owning the land doesn’t mean she makes important decisions about it.

Byanju says her husband made her the owner because it’s less expensive to register land in a woman’s name. Land registration fees for women are discounted by 25 percent in urban areas and 30 percent in rural Nepal.

As a resident of Bhaktapur, a city located 15 kilometers (about 9 miles) from Kathmandu, Nepal’s capital, Byanju qualified for the discount given to women in urban areas.

Byanju says that she does the majority of the farming work on the land, along with her daughters-in-law. Byanju plants the paddy seeds, then weeds and harvests the crop. But all responsibilities related to sale or transfer of the property, much like other major household decisions, are in the hands of her husband. 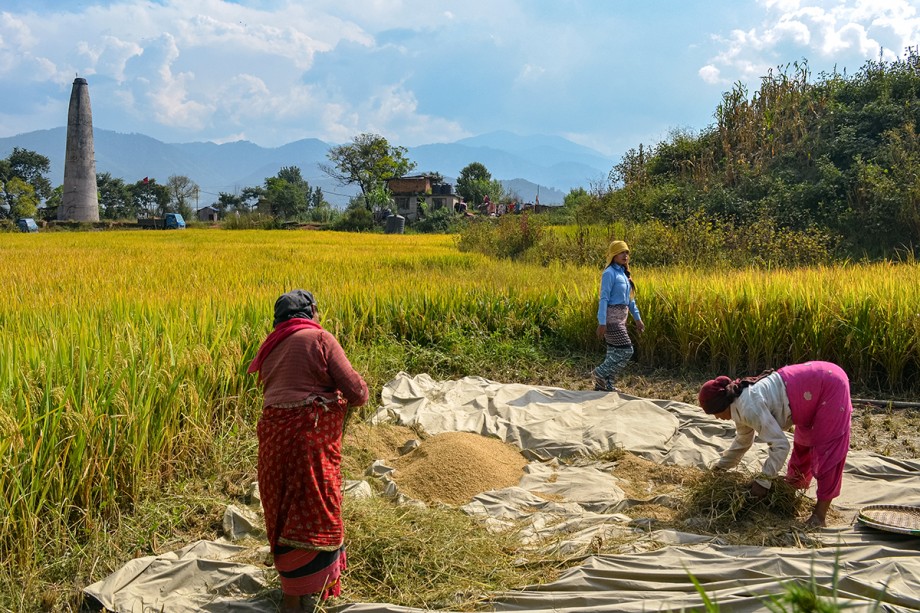 Mahili Byanju (left) and her daughters-in-law harvest paddy on her farm. Farming is their ancestral profession, Byanju says.

Nepal’s female population is about 13.6 million, according to a 2011 census, the most recent available. More than 73 percent of the country’s women are engaged in agriculture, according to the International Organization for Migration. Not all of them legally own the large plots of land on which they work, even though laws make it possible and even financially beneficial for them to do so.

Land officials say these incentives are yielding results, but local women’s rights organizations say that the women who now own land have very little control over it.

Today, nearly 26 percent of Nepal’s land and homes are owned by women, says Kamala Upreti, general secretary of The Women’s Foundation Nepal, a nonprofit. That hasn’t always been the case, Upreti says.

In 2001, only 9.1 percent of households had registered land and housing in a woman’s name, according to the Central Bureau of Statistics.

From 2007 to 2010, the government rolled out a slew of policies aimed at strengthening women’s right to own land. For example, one policy makes it more convenient for husbands and wives to become joint landowners.

For 100 Nepalese rupees (88 cents), husbands and wives can register land in both their names. Husbands who are listed as the sole owners of properties also have the option to get certificates of joint ownership with their wives, for the same amount of money.

“The number of women who used to get land or house ownership certificates annually used to be a few thousand until a decade ago, but now there are hundreds of thousands,” says Bharat Gautam, director at the Department of Land Management and Archive.

Gautam attributes the increase in women landowners to government policies.

We do what men tell us to do. If I buy or sell land on my own, there would be a big quarrel.Mahili Byanju, land owner

But sociocultural norms prevent women from managing fixed assets the way a man does, Gautam says. Many women in rural areas are still confined to household chores and cannot make property-related decisions without consent fom their husbands, he adds.

Women who choose to make those decisions on their own put their relationships in jeopardy, Upreti says.

Arjun Shrestha, a real estate agent from Byasi, a village in Nepal’s hilly Bhaktapur District, says many women are not aware of their rights as property owners and have no experience managing properties.

“Most of the women remain oblivious to transaction issues like with whom to buy or sell,” he says.

Parbati Lamichhane has land registered in her name, but she says she relies on her husband to manage the property.

“Though neither of us has attended school, it’s the husband whose decision matters when it comes to the transaction of money,” she says. “This is the practice that has been going on since our father’s and forefathers’ generation.”

But Shrestha hopes that women won’t be deprived of discretionary power for much longer. He says that there have been notable changes in the role of women in recent years, with many attending schools.