Skip to main content
The story you are reading was published on Wednesday December 7, 2016. To read more recent stories click here. 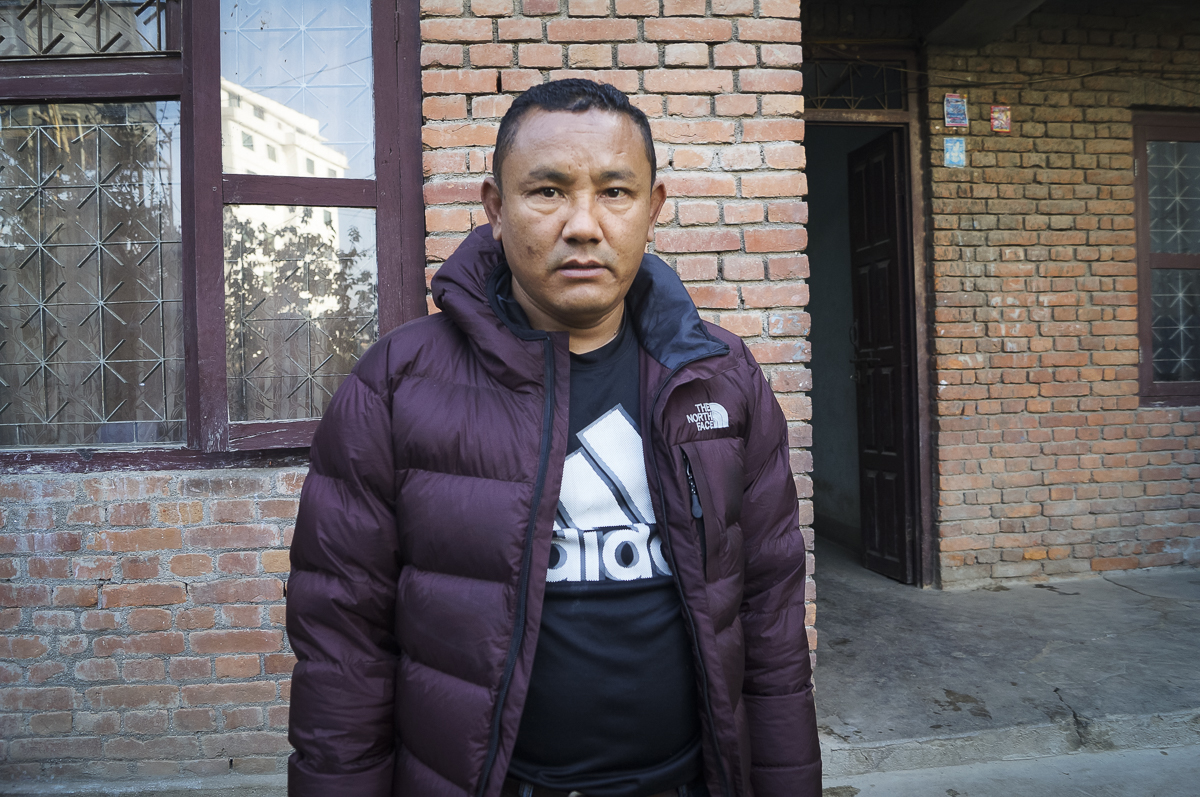 But when Shree Lama, a politician and businessman who owns several small hotels and restaurants, arrived at the station, he was arrested, too.

INSIDE THE STORY: A reporter discovers that there are fewer incidents of torture in Nepal than in the past, but the abuse is still widespread in police detention centers. People who say they’ve been tortured spoke to Global Press about their experiences. Read the blog.

The next day, Shree Lama says, four police officers took him in a van to another part of Kathmandu, Nepal’s capital city, and threatened to kill him if he did not pay them 200,000 Nepalese rupees ($1,880).

During his three days in police custody, Shree Lama says an officer beat him with his fists and the butt of his gun. Shree Lama sustained bruises on his face, arms and other parts of his body. He was released after he paid a 6,000-rupee fee at the District Administration Office in Kathmandu. Indra Bahadur Lama was released later, after he got help from a lawyer.

“I felt like I was going to die,” Shree Lama says. “I was scared that they might also kill me by accusing me of being a gangster. Thank God I came out alive from there.” 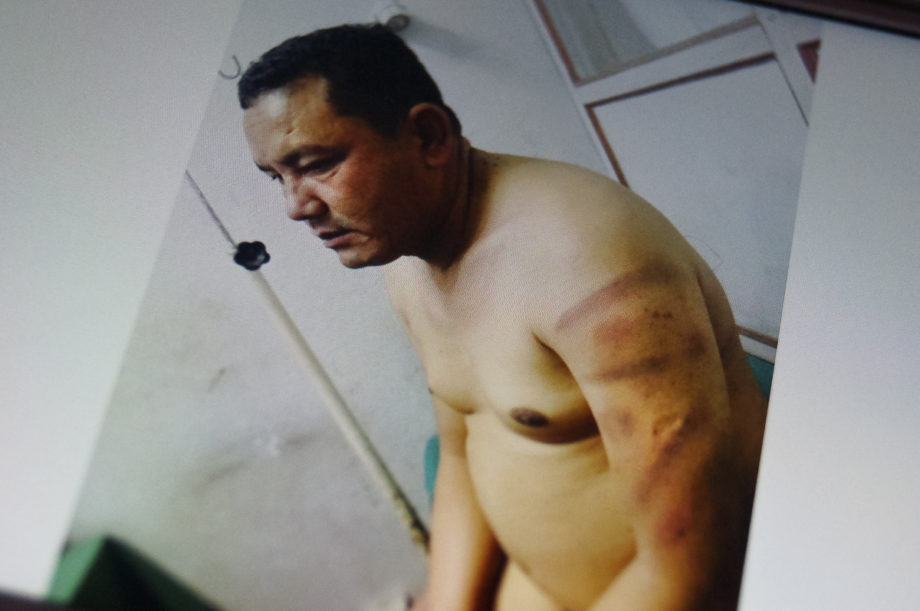 A photograph of Shree Lama after the incident in which he claims he was tortured shows bruises on his arm. The photo was part of the evidence he submitted in his case against Nepal Police.

Shree Lama and Indra Bahadur Lama say the man who didn’t pay his loan must have bribed the police officers to intimidate Indra Bahadur Lama if he filed a complaint. They don’t have evidence of this corruption, but they believe it’s what sparked their arrests. In April, Shree Lama filed a lawsuit at Kathmandu District Court against four police officers. The case is pending.

Nepal’s Ministry of Home Affairs introduced an anti-torture bill to Nepal’s legislature in 2014. This bill was reviewed by a parliamentary committee in August 2016 and now awaits presentation to parliament for debate and discussion.

I felt like I was going to die. I was scared that they might also kill me by accusing me of being a gangster. Thank God I came out alive from there.Shree Lama, 42, who says he was tortured by police

But activists say the proposed law is too weak to be effective. The proposal stipulates a fine of 50,000 rupees ($470) or a jail term of up to five years.

That means many perpetrators will get away with only paying the fine, says Om Prakash Aryal, a human rights activist and lawyer.

“The bill, with a provision of only a fine, even in the case of serious crimes, is flawed,” Aryal says.

The Compensation Relating to Torture Act, 2053 (1996), the only relevant law, prohibits torture without making it a criminal act.

Nepal’s constitution, adopted in 2015, states that no arrested or detained person should be subjected to physical or mental torture or to cruel, inhuman or degrading treatment, but there’s no law that sets out a clear consequence for people who engage in torture.

Changes to the country’s Penal Code, proposed in 2014, included criminalizing torture, but the revised Penal Code has not yet been presented in parliament.

Police officials say their departments are understaffed and under-resourced, but add that they’re carrying out awareness programs in an effort to reduce incidents of torture and abuse. 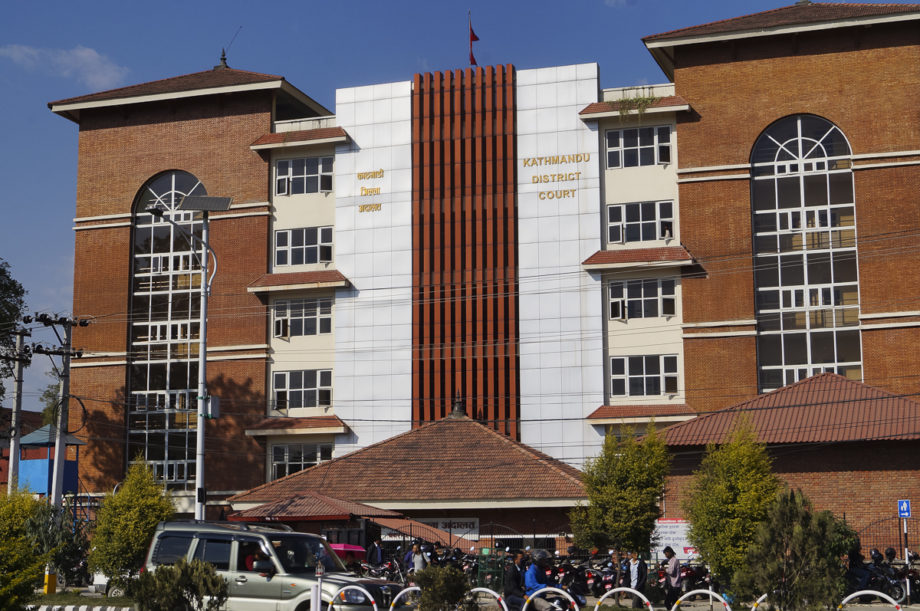 People who say they were tortured by Nepal Police have filed cases in Kathmandu District Court, shown here.

The National Human Rights Commission received 29 complaints of torture inflicted by police in the 2014-2015 fiscal year, says Yagya Prasad Adhikari, a deputy director at the commission. The commission has received a total of 964 complaints of police torture since 2000, he says.

A recent study by the commission found that torture is a common experience for detained people, says Sudip Pathak, a commission member. The study and its recommendations will be published in early 2017.

About one in six detainees surveyed by The Advocacy Forum in 2015 reported incidents of torture. The survey, carried out annually since 2001 by the organization, covered police detention centers in 10 districts and interviewed 1,212 detainees.

The bill, with a provision of only a fine even in the case of serious crimes, is flawed.Om Prakash Aryal, a human rights activist and lawyer, referring to a proposed anti-torture law

Torture was widespread during Nepal’s civil war, which lasted between 1996 and 2006. People “were given electric shocks, they were positioned upside down and their feet were beaten until they were swollen and bleeding,” Adhikari says.

That level of torture is no longer seen, he says.

Overall, reports of torture have dropped since the war ended in 2006, according to The Advocacy Forum’s annual surveys.

More than 50 percent of detainees surveyed in 2002 reported experiences of torture, whereas in 2015, the latest year of survey, this number had dropped to 17.2 percent of surveyed detainees.

But those war years normalized torture as an investigation method, Adhikari says, and police haven’t been given better methods, including scientific tools and testing technology, as alternatives.

In many of the reported torture cases, a criminal investigation seems to have little to do with it. 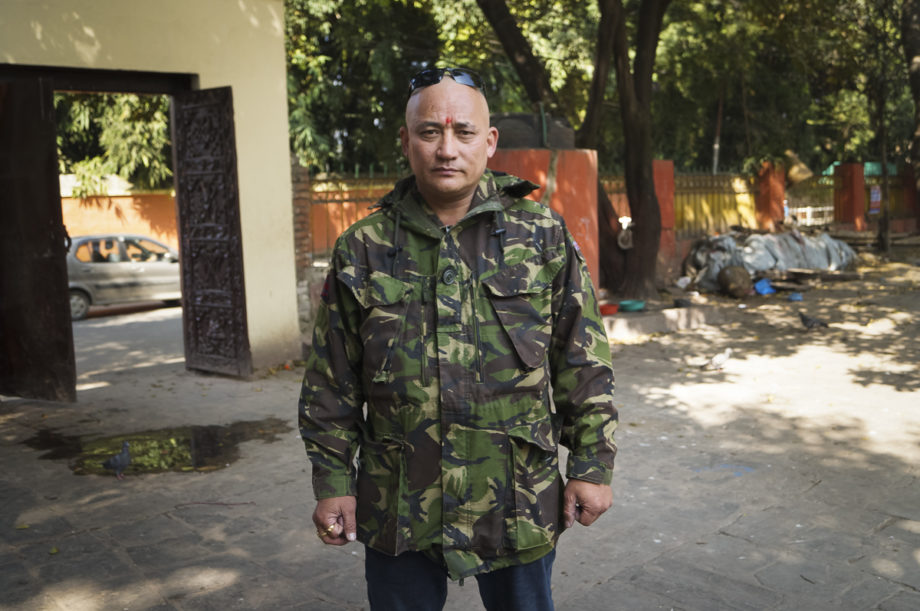 Kumar Malla says he was tortured by Nepal Police. He was released after five days, once he paid a fine.

Bishwa Malla , 44, says he was severely beaten by police in April after he and his brother, Kumar Malla, went to meet a man who said he would pay back a loan of 150,000 rupees ($1,403) borrowed from Kumar Malla. But when Malla and his brother reached the meeting point, they found the man who owed the money with a crowd of about 50 people, including seven policemen in civilian clothes.

A fight broke out, and Malla and his brother say they were arrested and taken to a police station, where they were beaten.

“The clothes of the police constable was soaked with sweat when he was kicking me,” Malla says. “He would rest and start beating me again. I could not retaliate since my hands and legs were tied. I yelled at them to kill me as I couldn’t bear the pain of their beatings.”

The brothers were released after five days, after they each paid a fine to the Kathmandu District Administration Office. Then, he filed a lawsuit against the police at the station where he was detained, and the National Human Rights Commission has sought clarification from the Nepal Police headquarters about the incident.

Many people who have been tortured don’t file complaints because they fear being detained and tortured again, says Pathak, the National Human Rights Commission member.

The commission has recommended that a secure complaints box be placed in all the detention centers, to enable the reporting of torture by detainees and their relatives, Pathak says.

The clothes of the police constable was soaked with sweat when he was kicking me. He would rest and start beating me again. I could not retaliate since my hands and legs were tied. I yelled at them to kill me as I couldn’t bear the pain of their beatings.Bishwa Malla , 44, who says he was severely beaten by police

Proving torture can be difficult, says Aryal, the activist and lawyer.

“Fighting with the state is not so easy,” Aryal says. “The possibility of victims getting justice remains low as the offenders and the state are on one side and the victim is on the other side.”

And even the cases decided in favor of someone who has been tortured don’t always result in justice.

The Advocacy Forum has, so far, registered 110 cases of torture with the court, says Ram Kumar Mahaseth, a lawyer working at the forum.

Although 55 cases received verdicts confirming torture and awarded compensation, they have still not received any compensation from their relevant District Administration Offices, Mahaseth says.

The onus is on the people who file the claims to follow up with each district office, and to keep asking for their compensation, he says.

Nepal Police officials say that they are working to educate police officers about regulations regarding torture. Anti-torture awareness trainings are being conducted with all police investigation teams across Nepal, says Madhav Joshi, a deputy inspector general at Nepal Police Headquarters. The consequences of using excessive force are clearly spelled out, he says.

“While allegations of torture on detainees by the police have not completely stopped, there is a gradual improvement,” Joshi says.

Nepal Police is also taking action when they receive a complaint, Joshi says.

“If we come to know that any policeman has psychologically or physically tortured a detainee, we investigate and immediately punish the officer,” says Joshi.

Nepal Police took departmental action against 1,703 police officers, including firing officers who engaged in torture, in the 2014-2015 fiscal year, Joshi says. This included acts of torture, but the records are not maintained by category of complaint so the total number of officers disciplined for torture is not known.

“The Nepal Police is serious about the issue of torture,” Joshi says.

The National Human Rights Commission, as part of a six-year project to eliminate torture in detention centers and jails, proposed multiple changes, including fixing closed-circuit cameras in interrogation rooms, the use of polygraph machines, the availability of doctors to inspect detainees before and effort interrogations, and a 24-hour monitoring mechanism.

Starting in 2017, the commission plans to carry out surprise inspections at detention centers to monitor implementation of these recommendations, Pathak says.

“Although torture by police has been reduced comparatively in the last ten years, it has still not been eliminated completely,” Pathak says. “We are trying to eliminate it from its roots.”

Shree Lama and Indra Bahadur Lama are not related. 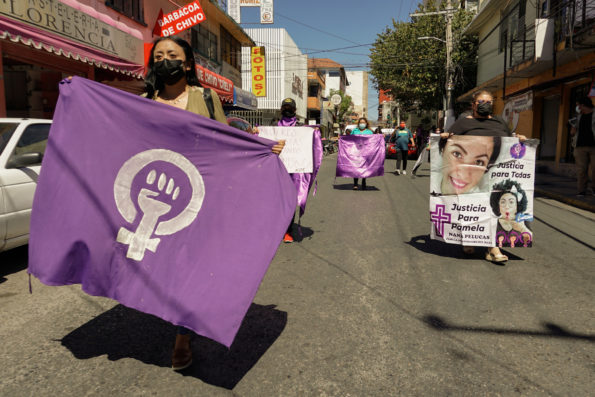