Skip to main content
The story you are reading was published on Sunday April 30, 2017. To read more recent stories click here. 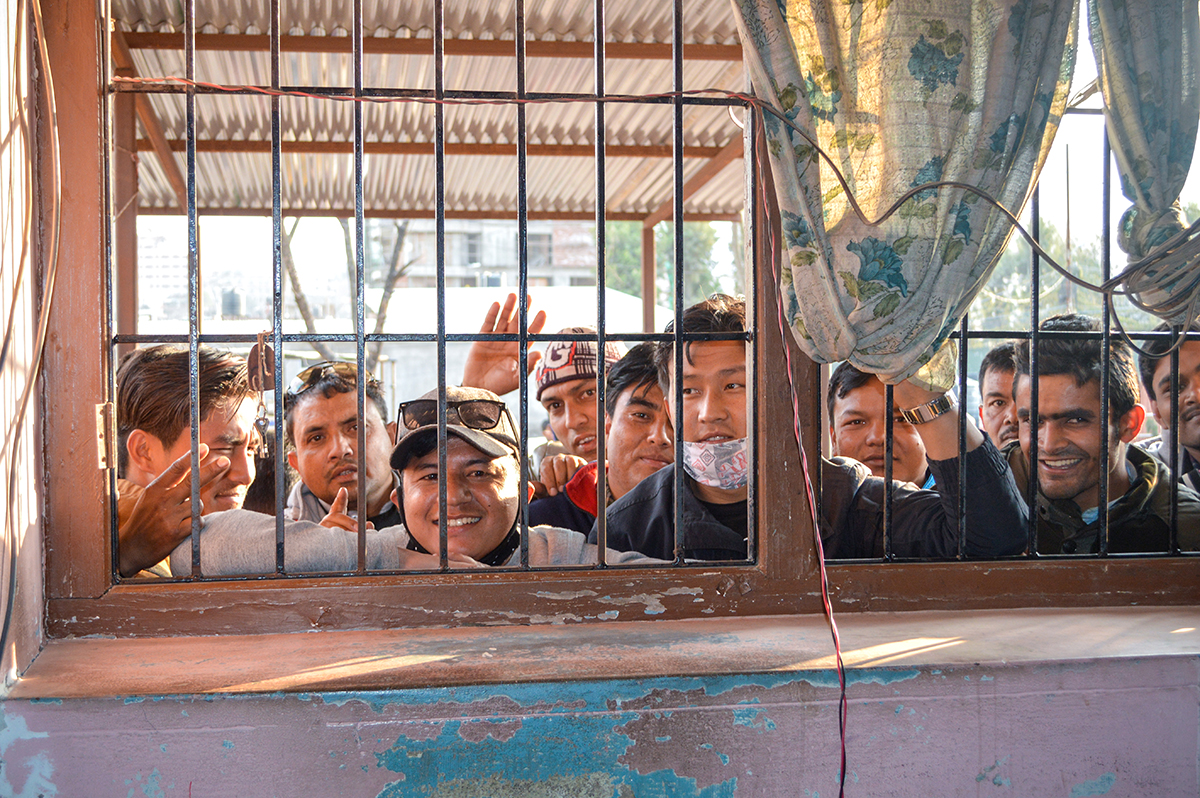 KATHMANDU, NEPAL — Somlal Lopchan, by all accounts a healthy, energetic, 30-year-old man, died in his sleep in Malaysia on Sept. 14, 2015. He left Nepal on May 23, 2014, with a strong heart, but it weakened over years of work. His wife, Sukalaxmi Lopchan, spent the next three months trying to get an insurance company to pay out on the policy he’d purchased before he left.

The Nepalese government has long required that migrant workers hold insurance to cover health costs and, if need be, funeral expenses. Some policies offered cash payouts to the families of deceased workers, but that money, like in Lopchan’s case, could be hard to access. Often, even the most generous payouts weren’t sufficient.

In January, the government announced a new requirement that every outbound migrant worker hold an insurance policy guaranteeing a payout of 2.7 million Nepalese rupees (about $26,000) for the families of workers who die, are critically injured or develop a critical illness, such as a heart condition, while working in 110 countries, including those considered to have potentially poor workplace safety standards. The payout amount is the same regardless of the specific policy a worker buys or how long that worker has been abroad, and it is not subsidized by the government.

Workers going to India, where the majority of Nepalese migrant laborers go, are exempt from the policy, but the United States, the United Kingdom, and other countries that are not generally considered to allow human rights abuses of foreign workers are included in the list of 110 countries.

More than 4,300 Nepalese migrant workers died while abroad between 2008 and 2015, including more than 1,000 workers in 2015. In many cases, the deaths occurred because of dangerous workplace conditions and human rights abuses that experts say are common in Qatar and other countries that attract large foreign labor pools. Cardiac arrest accounted for more than 20 percent of those deaths, even though the vast majority of migrant workers were in good health prior to leaving for work abroad.

Under Nepal’s new guidelines, which include the increased insurance requirement, the families of migrant workers who die or are injured abroad now also receive a subsistence grant of 500,000 to 700,000 rupees ($4,800 to $6,800) from the welfare fund run by the Foreign Employment Promotion Board, the government agency that tracks migrant workers. Previously, that payout was limited to 300,000 rupees ($2,900).

“Now, there is no need to worry even if I die,” says Bishnu B.K., who has worked in the past as a housemaid in Dubai, United Arab Emirates, and who plans to return there again.

Worker advocates, however, worry that the requirement that migrant workers hold more expensive policies places an undue burden on those workers, who often take out loans to pay fees and other expenses related to moving abroad.

“Insurance companies have sought to extract maximum benefits from workers by enforcing a syndicate,” says Ganesh Gurung, an expert on migrant worker issues, adding that the government should subsidize the cost of the insurance.

Those costs represent a significant increase over previously-available policies.

The gross national income per capita in Nepal, which reflects the average annual income, is $730, according to the World Bank. 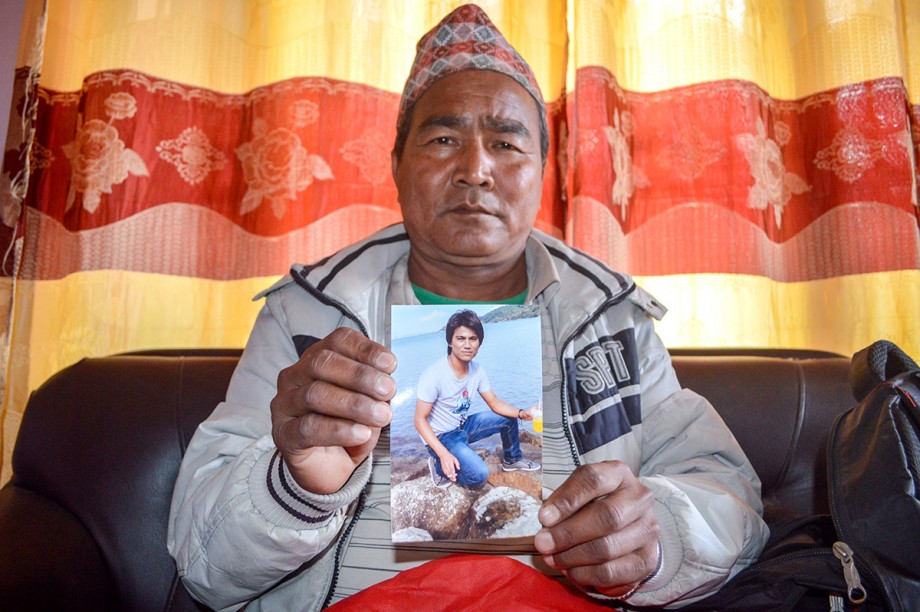 Kalu Man Lopchan, 70, holds a photo of his son-in-law, who died in his sleep in Malaysia, where he went to work. Heart failure is the most common cause of death for migrant workers, including those who are considered healthy when they leave Nepal.

There are more than 2.7 million Nepalese working legally abroad. Were those workers to all hold the new government-required policy at a premium of 2,646 rupees each (about $25), one of the lower rates offered, insurance companies would take in premium payments of at least 7.1 billion rupees (about $68.8 million).

But insurance companies say the new requirement is risky and expensive. Just six companies are offering the migrant worker policies because of the expense, says Shreeman Karki, director of the Insurance Board, the umbrella group over the country’s insurance agencies.

“If the number of workers seeking insurance compensation increases, those insurance companies providing such services may suffer loss,” he says.

But if compensation claims do not go up, he says, the companies will reevaluate the cost of their premiums.

Worker advocates hope that, at the very least, the new government guidelines will streamline the process for families who seek compensation after a migrant worker dies. Sukalaxmi Lopchan, whose husband died in his sleep in Malaysia, was told by the Foreign Employment Promotion Board that she needed to present a police report relevant to his death as well as a copy of his employment contract in order to claim the 1.3 million rupees (about $12,560) owed her in insurance compensation and government relief. But the manpower agency that connected Somlal Lopchan to the company for which he worked in Malaysia stalled in handing over those documents.

Lopchan finally received money from the Foreign Employment Board and her husband’s insurance company in February, just after Global Press Journal contacted the board to inquire about her case.