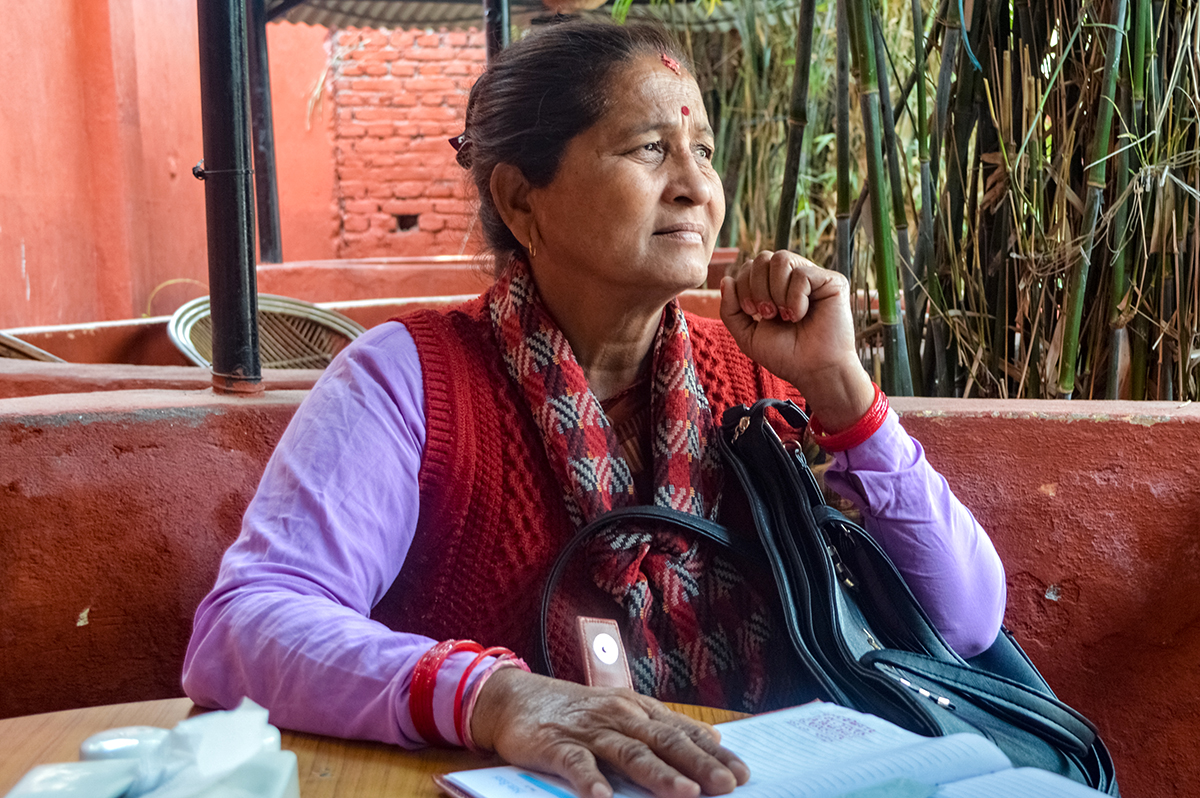 KATHMANDU, NEPAL – Uma Devi Badi was born into a community that has faced discrimination for years. Though outlawed by the government, Nepal’s caste system still thrives, and the Badi community is among the lowest-ranking groups in this social hierarchy. The group has no representation in government – but that’s changing.

While Badi’s role in government is a first in Nepal’s political history, local experts are both hopeful and skeptical. Government efforts to bring formal employment opportunities, universal education and better living conditions to the group’s members have been slow. Advocates say Badi’s new position will accelerate these developments, but others question her impact on legislation as a minority member of Parliament.

About 38,600 people make up the Badi community, according to Nepal’s 2011 census, the most recent available. Poverty and social stigma have forced the growing group, which once entertained royalty, to turn to menial jobs. For centuries, Badi women, young and old, have engaged in the commercial sex trade, barely making enough money to take care of their families. 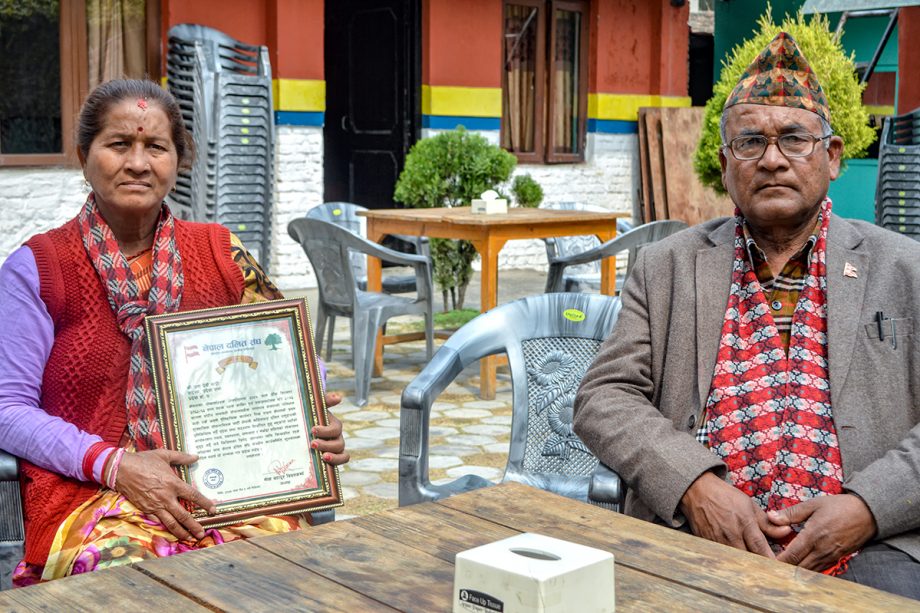 Uma Devi Badi (left), shows off an award she’s won in recognition of her efforts to support Nepal’s marginalized Badi population. With the help of fellow National Assembly member Tek Bahadur Roka, she says she hopes to bring change to her community.

Limited financial resources have prevented some Badi children from attending school, according to a 2015 report from the International Dalit Solidarity Network and other nonprofit organizations. A 2007 report reveals that literacy rates among the group are some of the lowest in the country. While primary education is free in Nepal, parents are still responsible for school-related purchases, including uniforms and stationery, which many Badi families can’t afford.

Access to citizenship documentation is also out of reach for young members of the minority group, who all share the same last name. They are often unable to present their fathers’ identification documents in order to obtain theirs, because their fathers were clients to their mothers, Badi says. Without citizenship, finding a formal job in another country can be difficult, she says. As former president of the National Badi Rights Struggle Committee, she is known locally for her efforts to bring change to the community.

“Due to poverty and lack of citizenship certificates, youths from the Badi community are not able to go to Gulf countries to earn money,” she says, comparing members of the group to other young people in the country who migrate for work.

In 2008, Badi was at the front line of a 48-day protest demanding that the government support her community. Officials promised to rehabilitate the community soon after, Badi says, but long-standing issues persist, including access to education. 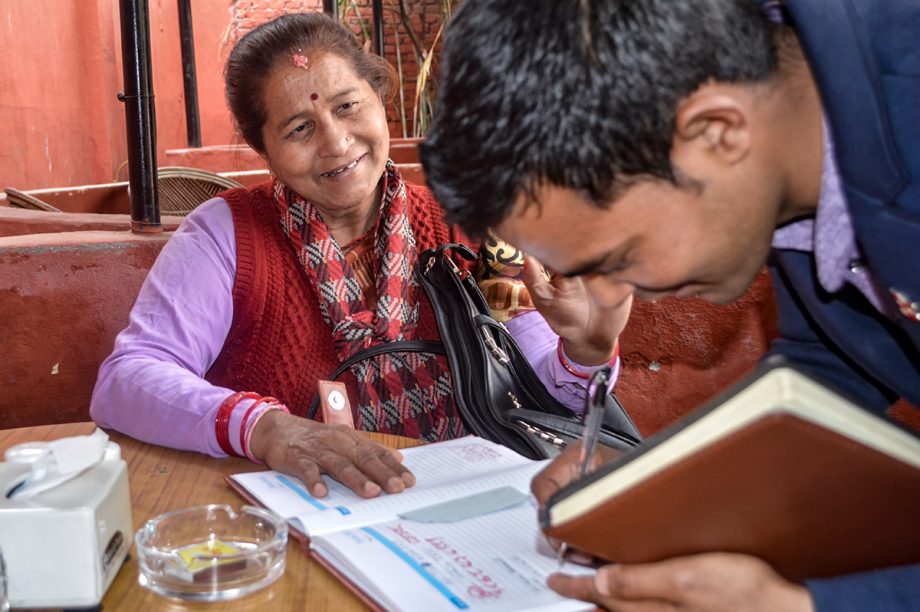 Uma Devi Badi speaks with a supporter on a recent trip to Kathmandu, Nepal’s capital.

Representing the Nepali Congress, the third-largest political party in the country, Badi hopes to solve some of the problems she’s experienced as a member of the minority group. She was selected to run for the province’s representation in the National Assembly by the party in January for this reason, says Tek Bahadur Roka, another National Assembly member from Province No. 7, where part of the Badi community lives. Her experiences can inform decision-making, Roka says.

Nepal’s Constitution bans discrimination against indigenous and minority groups, says Sabita Bhandari, a lawyer. But rehabilitating the Badi community will take time, he says. Representatives, including Badi, are restricted by government resources and bureaucracy, he explains. The best Badi can do as an assembly member is raise awareness, he adds.

Badi says years of being a community leader have prepared her for the role, but the work will still be difficult.

“The limited rights for Badi and the responsibility that I have to fulfill for the community are the challenges for me,” she says. “But I will try my best to fulfill our needs as much as possible.”