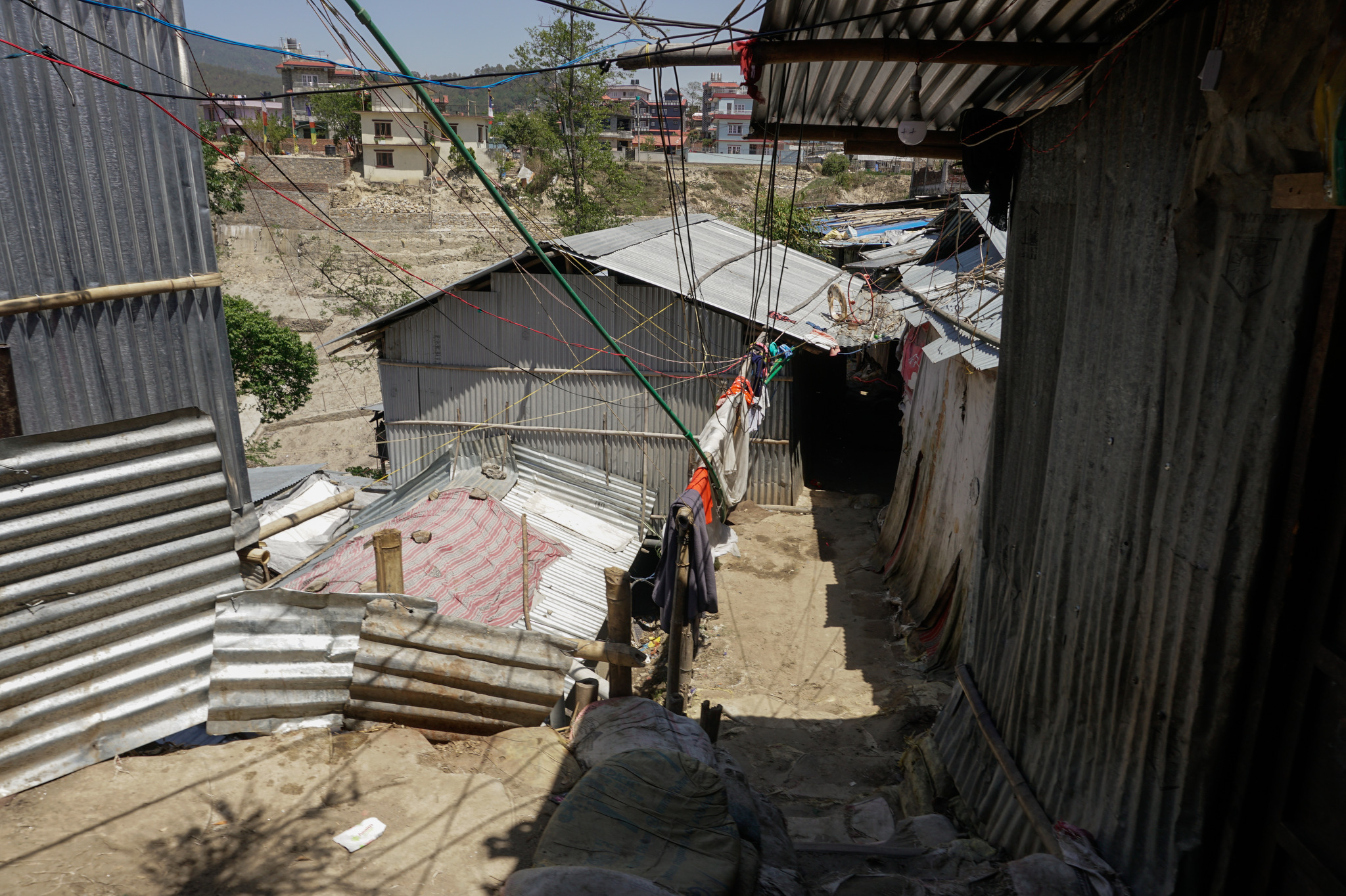 KATHMANDU, NEPAL — Mohammad Gayash Uddin lives in cramped quarters. In this settlement in Nepal’s capital, dozens of corrugated-tin homes teeter on a hillside like precariously balanced building blocks. Inside, as many as 10 people jam into a few windowless rooms. Outside, only one person at a time can navigate the walkways, wires dangling overhead, railings draped with laundry.

Uddin is one of 349 Rohingya living in Nepal after fleeing anti-Muslim violence in Myanmar. Nepal gave them a chilly reception. Rohingya can’t get work permits or state aid. The government donated land to Bhutanese and Tibetan refugees, but not to them. Instead, many rented a plot in Kathmandu’s Kapan neighborhood and built what they could afford.

But once the coronavirus pandemic started, the living conditions the government effectively created made the settlement a potential petri dish. Add to that a kind of community nonchalance toward the virus. On a recent afternoon, no one wore a mask, no one social-distanced, no one slathered their hands with sanitizer.

The pandemic has forced the Nepalese government to prioritize communities it has long ignored. In March, it became the first of 55 countries in the Asia-Pacific region to vaccinate refugees and immigrants, and it did so before inoculating some citizens.

Uddin, 28, was among those who got jabbed. “The government was providing the vaccine for free, so I went and took it,” he says. 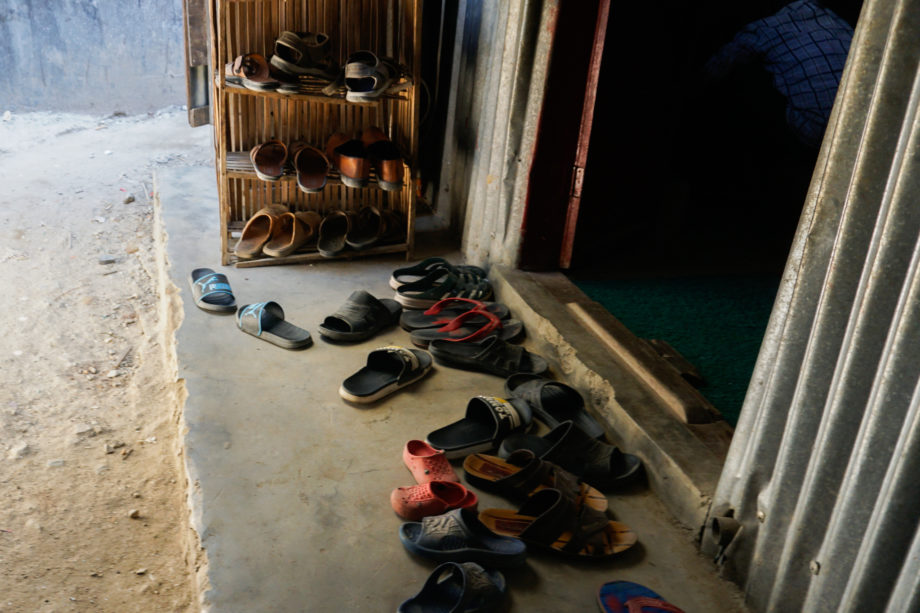 Shoes are scattered outside the entryway to a home in the Kapan settlement. Inside each structure, as many as 10 people jam into a few windowless rooms.

About 90 countries are vaccinating refugees, according to the United Nations refugee agency, UNHCR. In Nepal, the inclusion of these communities doesn’t signal a broader change in policy, but rather acknowledges a grim reality.

“The government understood that segregating or marginalizing certain groups of people will not serve the purpose of public health,” says Gopal Krishna Siwakoti, president of the Nepal-based International Institute for Human Rights, Environment and Development.

For many migrant communities worldwide, it’s nearly impossible to quarantine. According to a report by the European Centre for Disease Prevention and Control (ECDC), migrants are more likely to live in crowded housing, hold jobs where they interact with others and use public transportation. Because they’re less likely to speak their host country’s language, it’s harder for officials to communicate public health information and dispel rumors.

In the pandemic’s first year, migrants in Denmark, Norway and Sweden disproportionately fell ill with COVID-19, the disease caused by the coronavirus, according to the ECDC report. Studies in Italy and Spain suggested they were more likely to end up in the hospital than native-born residents. More recently, U.N. data showed that, in Lebanon, Palestinian refugees were three times more likely to die of COVID-19.

Nepal has a tense relationship with newcomers. The country is not a signatory to the 1951 Refugee Convention, which protects refugees and immigrants; Afghanistan is the only South Asian nation that is one. Although Nepal doesn’t jail or deport refugees and immigrants, it does consign them to bureaucratic purgatory.

“The government understood that segregating or marginalizing certain groups of people will not serve the purpose of public health.”Gopal Krishna SiwakotiInternational Institute for Human Rights, Environment and Development

The majority of Nepal’s 20,000 refugees are Tibetan and Bhutanese. They can legally live in Nepal, but not legally work. Even so, Tibetan refugees run small souvenir or tea shops and work in carpet factories. Due to Chinese influence in the region, they’re barred from publicly celebrating certain events, such as the birthday of their spiritual leader, the Dalai Lama.

The Rohingya people are even more marginalized. Nepal considers them immigrants, not refugees, making their presence in the country illegal. They mainly work in construction, and they say their shadow status gives them little recourse when a homeowner refuses to pay.

“They live in difficult situations, they are malnourished, they don’t get enough food, and they don’t have access to clean drinking water,” says Dr. Jageshwor Gautam, a Ministry of Health and Population spokesperson at the time of the interview. “Their chances of getting infected is higher.”

But these conditions also shot them to the top of the vaccination list. So far, there has been no significant backlash.

“They are supposed to be treated as humans,” Gautam says. “State borders are man-made borders. These borders are for political reasons and not for humanitarian reasons.” 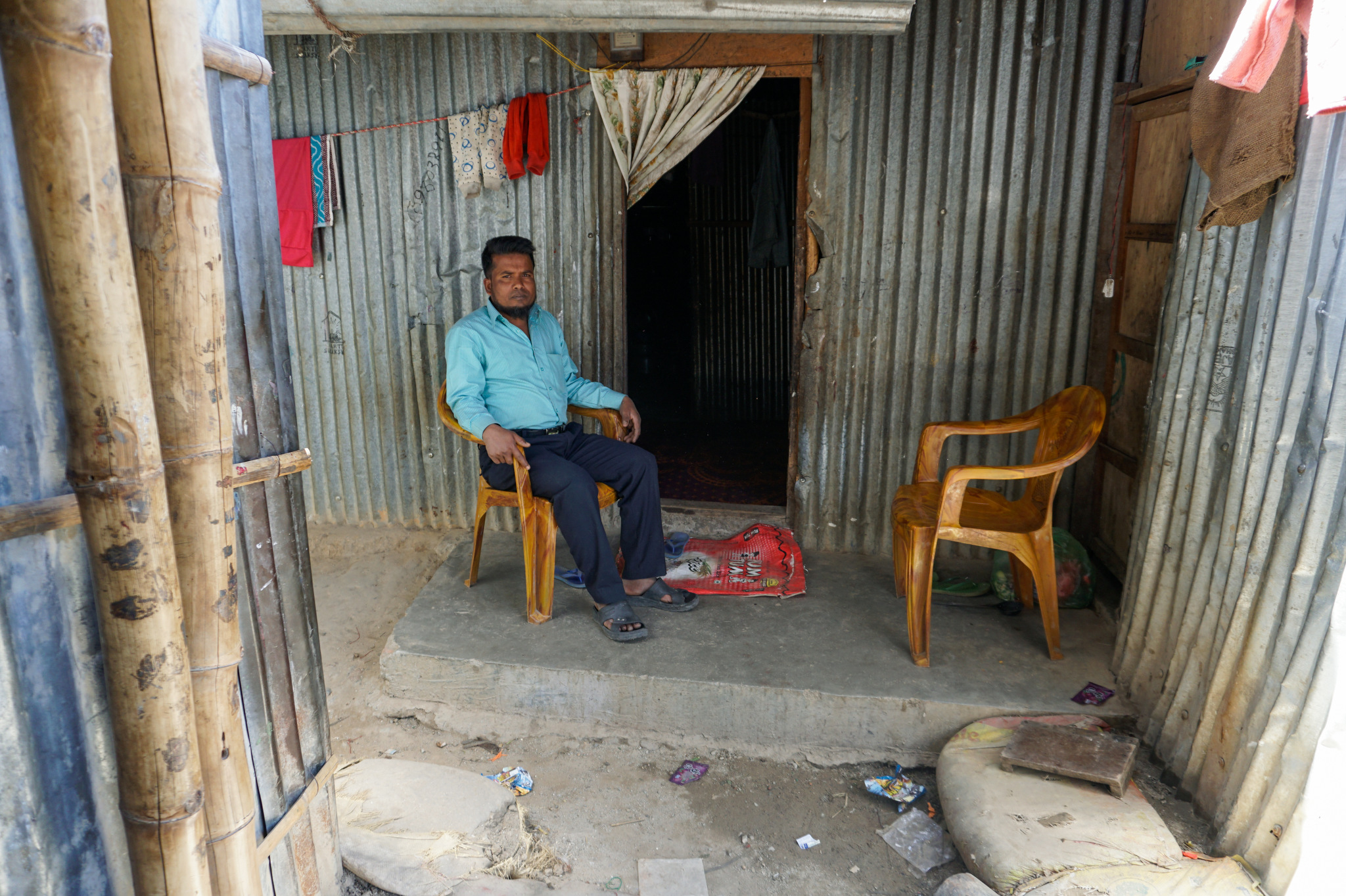 Sonam Sangpo, 71, lives in a Tibetan community in Pokhara, about 215 kilometers (133 miles) west of Kathmandu. Cafes sell Tibetan momos, or dumplings, and prayer flags flutter outside squat white homes. Their economic options limited, many residents can’t afford to quarantine. “If you are wealthy, you can stay at home,” Sangpo says.

As the vaccination campaign ramped up, Sangpo thought about how quickly the virus could tear through the 500-person enclave. “If something happens to one person or one family, the entire community can get affected,” he says. So in March, he and his wife got inoculated.

Since then, Nepal’s vaccination efforts have slowed. In April, the virus began rampaging through India, a major vaccine manufacturer. Doses Nepal purchased from its neighbor never arrived. Meanwhile, COVID-19 cases surged in Nepal, and the country retreated into lockdown.

Some help arrived this month: The government received 1.5 million doses of the single-shot Johnson & Johnson vaccine from the United States. More doses came from China. Many shots went to refugees and immigrants; in the Rohingya community, most people are now inoculated.

Mohammad Shafique and his mother run a small grocery store in the tin-structure Rohingya settlement. His mother got vaccinated earlier this year, but 20-year-old Shafique was in no rush. “My shop is inside the settlement, and I don’t go out much,” he says. But once his neighbors got jabbed, he relented.