Skip to main content
The story you are reading was published on Sunday July 30, 2017. To read more recent stories click here. 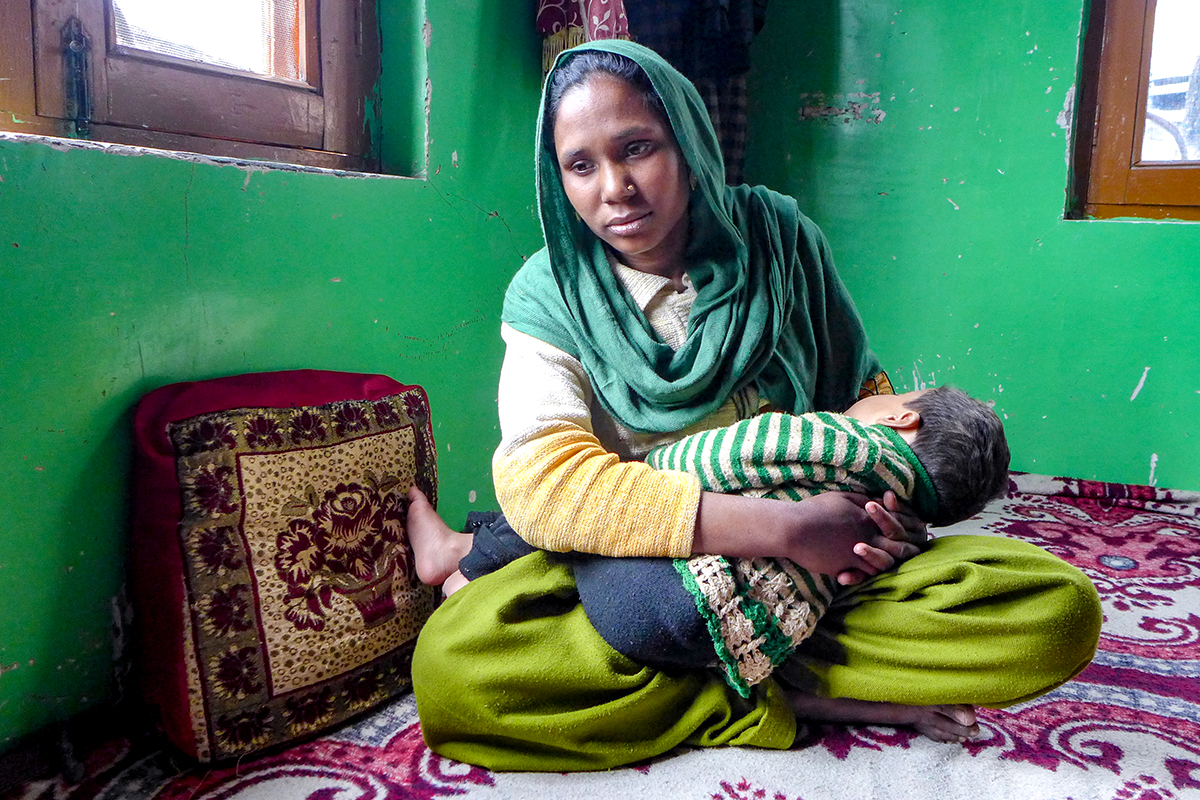 SRINAGAR, INDIAN-ADMINISTERED KASHMIR — “Don’t go,” her parents said, half-begging and half-ordering Afsana to stay home in West Bengal. They were reluctant to lose sight of their beloved daughter, even though the house was crowded and her future held few options.

But, like 17-year-olds the world over, Afsana heard adventure and opportunity knocking. For her, the chance to leave home came in the form of Fareeda, a well-dressed, middle-aged mother of four who had a nice home with a television set in Srinagar, in the lush, mountainous Kashmir region at India’s northern tip.

Come with me to Kashmir, Fareeda told Afsana and the other girls in Nazirpur, a rural village along India’s eastern border with Bangladesh. You’ll find a job and make a life for yourself, she promised.

The lure might have seemed too good to be true, but Fareeda herself was from West Bengal. She was a success story! And she came back to West Bengal time and again, making the same offer. So, late one night, Afsana followed Fareeda to a train station. The pair traveled west to New Delhi then on to Jammu, where they caught a bus to Srinagar. The trip took three days.

Afsana lived in Fareeda’s house for weeks, and she grew anxious to begin her new life. But Fareeda wasn’t looking for a job for Afsana – she was busy arranging a marriage.

Now, Afsana is 22 years old. She has a 2-year-old daughter. And she’s married to an older man whose pronounced limp made him unattractive to local girls. His family couldn’t afford to marry him off to a local girl anyway.

“We used to hear so much about the women who went to Kashmir for the jobs and how happily they are living there,” says Afsana, who, like many West Bengali women, uses just one name. “But what we hear is not always reality.”

There’s a robust, illicit human trafficking route between West Bengal, a state in eastern India, and Kashmir, where families need wives for their sons but lack the resources to woo local girls.

The West Bengali girls and women aren’t trafficked into factory work or sex slavery but into marriage.

In Kashmir, a virtuous, attractive local woman might demand 40,000 Indian rupees (about $620) of a young man’s family, but someone lured from West Bengal might go for as little as 5,000 rupees (about $78) – much less than even poor Kashmiris usually command. What’s more, West Bengal has a healthy Muslim population. It’s imperative for Kashmiri families that their sons marry Muslim women.

“Yes, I do bring girls from Bengal and sell them to the men here,” she says, as she lounges in her home. A Bollywood movie plays on the television. “They marry the men and are happy.”

West Bengal saw 1,096 reported cases of human trafficking in 2014, according to data from India’s National Records Bureau. That’s 20 percent of the 5,415 total cases nationally. In 2015, according to bureau records, 1,255 cases of human trafficking were reported in the state, amounting to about 18 percent of the national total of 6,772 cases. There is no data on how many of those cases involved trafficking for the purpose of marriage.

There are agents who legitimately bring laborers into Kashmir for work, says Farooq Mir of the anti-trafficking unit of the Jammu and Kashmir Police District Headquarters in Srinagar. But it’s difficult to keep tabs on traffickers who pose as legitimate agents due to the number of people who migrate to Kashmir to work in the summer. For the same reason, it’s impossible to know the number of women who were trafficked to be brides in Kashmir.

Trafficked women should report to the police, he says.

“If they have been married forcefully, they can report, and we are always at their disposal. We rescue many trafficked children whenever we get reports about them, but for the women more needs to be done,” Mir says.

Experts in the field of human trafficking agree that, in nearly every case, only a fraction of the total number is reported.

In some cases, it’s a self-perpetuating cycle: Fareeda herself was trafficked into marriage after she came to Kashmir to find work. After her wedding, she heard from families who told her that they too wanted West Bengali girls for their sons, so she returned home and the false promises flew. So far, she says, she’s brought between 20 and 25 West Bengali girls and young women to Kashmir, including one for her own father-in-law, who left his second wife and wanted to try marriage a third time. (His first wife died.)

The girls have few options in life, Fareeda says. They’re so poor, she adds, that they’re in danger of being sold into prostitution.

Afsana’s fear of being forced into prostitution is what keeps her in Kashmir. She doesn’t even think of returning home, she says.

Afsana and Fareeda both say that marriage in West Bengal is often out of the question because few of the men there can afford the customary dowry.

As a bride in Kashmir, Fareeda says, “at least they get a house and a husband, which is very difficult for them otherwise.”

We used to hear so much about the women who went to Kashmir for the jobs and how happily they are living there. But what we hear is not always reality.Afsana, who was trafficked from West Bengal to Kashmir

These days, Fareeda brings fewer girls. She’s busy keeping house and raising her children. But when someone asks her, she heads south again, in search of more girls.

It was on one of those trips during Fareeda’s busiest period that she found Afsana and brought her back. Afsana, expecting to begin work as a housemaid, lived in Fareeda’s house for months.

“I kept asking her when I will get a job and her reply was, ‘Very soon,’” Afsana says. “But that never happened. I started to grow tense.”

One day, a few people came by to see Afsana. Later that day, Fareeda told the girl that she would soon be married and showed her a picture of the groom. Afsana resisted, but Fareeda told her that her situation was dire.

“If I don’t agree, someone might kill me,” Afsana says, recalling the message Fareeda gave her.

The groom’s family gave Fareeda 28,000 rupees (about $434), a price GPJ confirmed with Afsana’s father-in-law, who made the payment. Fareeda confirmed to GPJ that she pocketed that money. As for Afsana, she received 2,000 rupees (about $31) as mehar, the customary gift a man gives his wife on the day of their wedding. It wasn’t long before Afsana noticed her husband’s limp and realized why he felt he needed to buy a bride.

Afsana lived with her in-laws for years before frustrations boiled over and they pushed her out, along with her husband and daughter, to live nearby in a poorly-built tin shed. The whole extended family lives in the Boatman Colony in Srinagar, where most residents are low income. Drug use and gambling are common. Afsana says her husband drinks heavily and gambles the family’s money away.