Skip to main content
The story you are reading was published on Monday May 2, 2016. To read more recent stories click here. 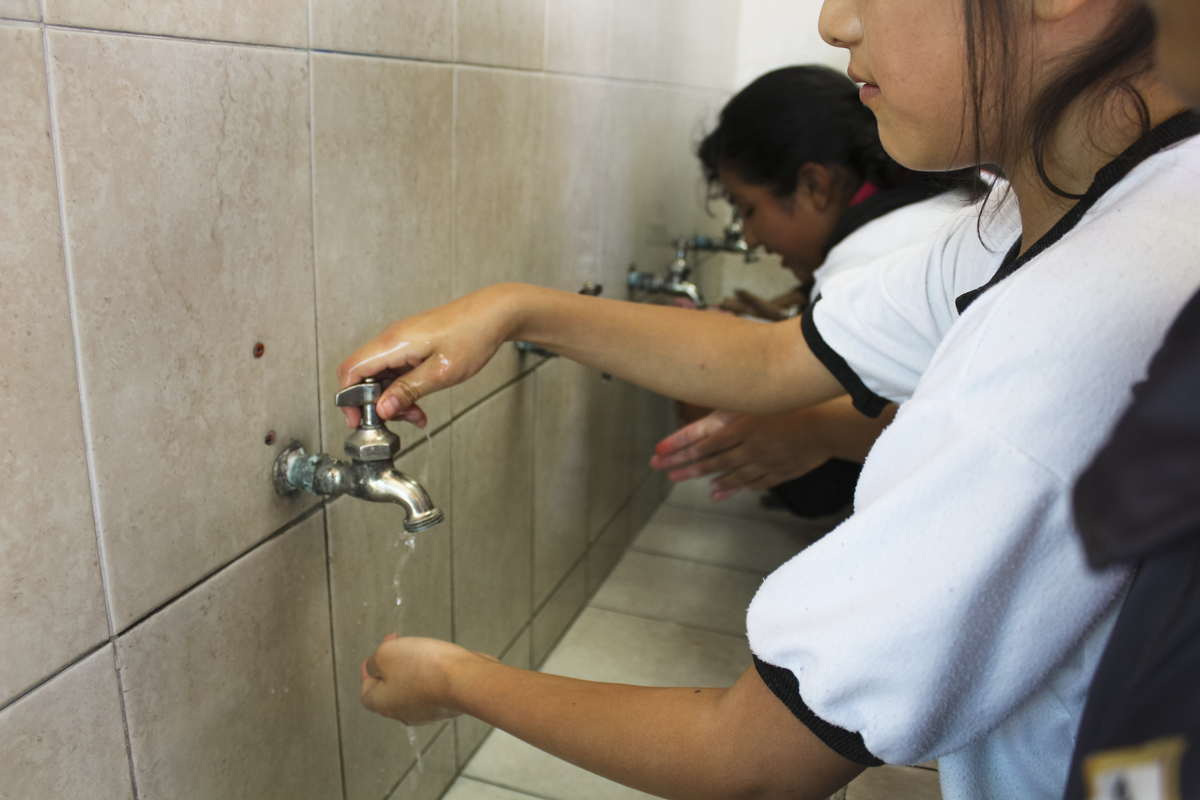 That’s because the water supplied through the public network is neither consistent nor sufficient, says Edith Huerta Anguiano, the school’s principal. 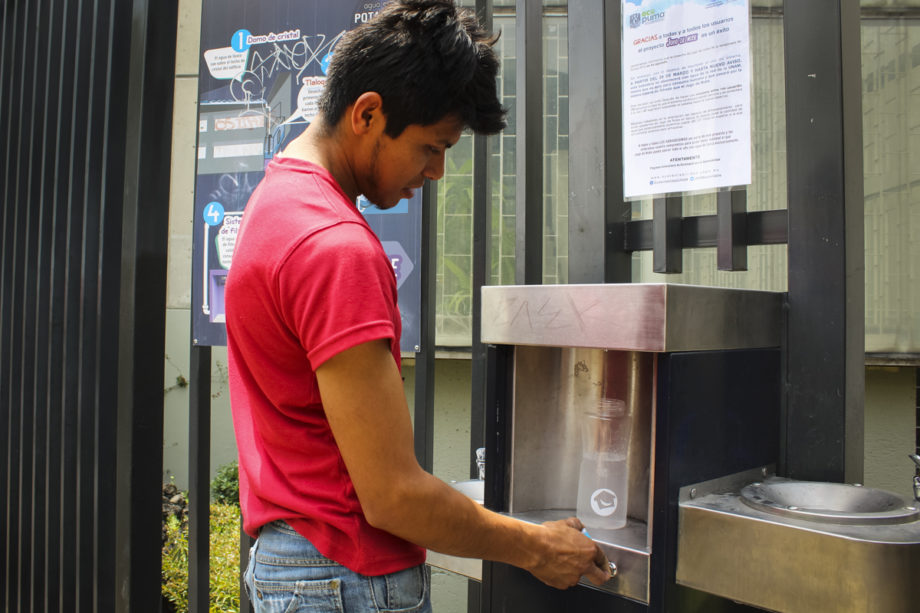 At the Universidad Nacional Autónoma de México, a drinking fountain uses water from a rainwater capture project called “Jugo de Nube,” which translates to “Cloud Juice.” Josué David Bello, a 23-year-old chemistry student, says he’s confident in the water’s quality because a placard near the fountain explains the filtration process.

But during the rainy season, which in Mexico City, the nation’s capital, takes place from May to October, there’s another option: A system collects rainwater and filters it for use in the school’s bathrooms. Installed in September 2014 by the Iztapalapa campus of Universidad Autónoma Metropolitana, a university, the system is part of a citywide trend to capture and use rainwater.

The project was created to offer an alternative water supply for people living in the eastern borough of Iztapalapa, and focuses on helping schools in the area, he says. The university’s research found that children increasingly deal with an insufficient water supply, he says.

In Mexico City alone, there are more than 120 preschool, primary and secondary public schools that use water provided through means other than the public network, according a 2013 census by the government’s statistics institute.

Among those are Huerta Anguiano’s school, where she says 421 students, along with staff members, use about 6,000 liters (1,585 gallons) of water daily.

The supply of water in this school’s neighborhood is lacking. But when the school’s rainwater collection system is operational, the amount of water used from the public network or from the tanker trucks is cut by almost half, Huerta Anguiano says.

The rainwater is only used for flushing, says María del Carmen Andrade Farfán, the vice principal.

We recover more water and we don’t waste it so much. Maybe it doesn’t always rain, but it rains.María Fernanda Lima Ayala, a 10-year-old student at Razón y Fuerza de la Revolución Mexicana primary school

The captured water comes from the schoolyard and the sloped roof of a building, says Andrade Farfán. There are tubes that connect the rainwater to a filter formed by four layers of rocks and quartz sand that purify the rain before storing it in an underground cistern.

The installation and maintenance of the rainwater collector system are funded by the university, says Huerta Anguiano.

María Fernanda Lima Ayala is a fifth grader at the school. The 10-year-old thinks it’s a good thing that the school takes advantage of rainwater.

“We recover more water and we don’t waste it so much,” she says. “Maybe it doesn’t always rain, but it rains.”

“It’s good because like that we can collect more water, and it would be, like, free because it comes from above,” she says. 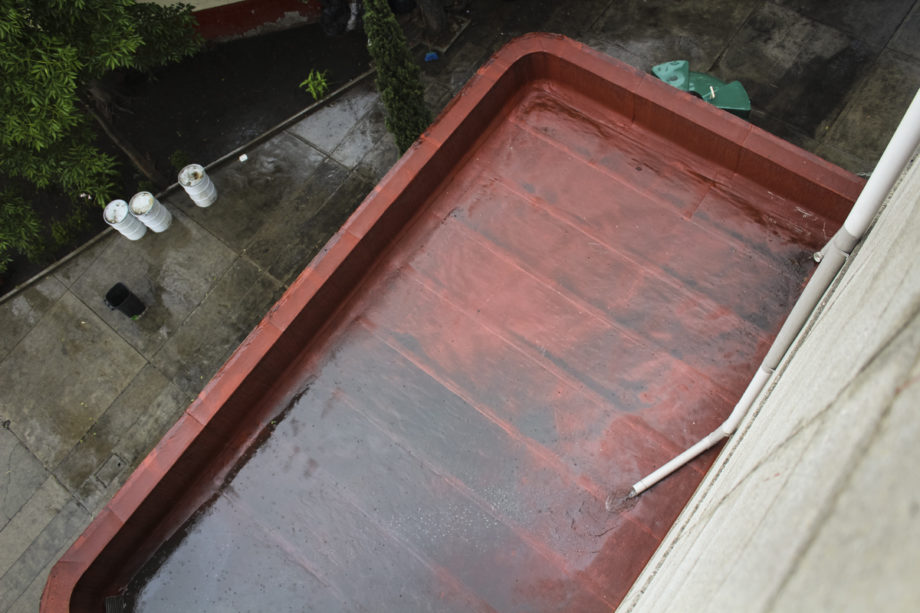 The Revolución primary school in the center of Mexico City is one of the 26 schools where the Universidad Autónoma Metropolitana’s Iztapalapa campus has installed rainwater collector systems. The school’s roof allows rainwater to be collected before it is filtered and stored, says Diana Bringas López, the school’s janitor.

A drinking fountain that uses rainwater was installed and is available for the entire university community to use, she says. Each month, staff from the Instituto de Geología, a geology institute, and from the Dirección General de Servicios Médicos, the general administration of medical services, at the university test the water to ensure it is still safe for drinking, Ímaz Gispert says.

It’s good because like that we can collect more water, and it would be, like, free because it comes from above.Aranza Lima Ayala, a 10-year-old student at Razón y Fuerza de la Revolución Mexicana primary school

The system captures the water that falls on the roof of the building through gutters, which connects water to a filtration and disinfecting system. The water, which is stored in a cistern, is ultimately filtered four times and disinfected twice, according to a diagram provided by Isla Urbana, the organization that installed the system. The 10,000-liter (2,642-gallon) cistern provides water to a water fountain and to the program’s headquarters office, Ímaz Gispert says.

Even though the campus in Mexico City doesn’t have water supply problems, Ímaz Gispert says, the purpose of the project is to replicate the system at other campuses belonging to the university that struggle to maintain water supply.

In addition to installing the rainwater collector and filtration system, Isla Urbana is helping to test the water quality, says David Vargas, president of Isla Urbana. 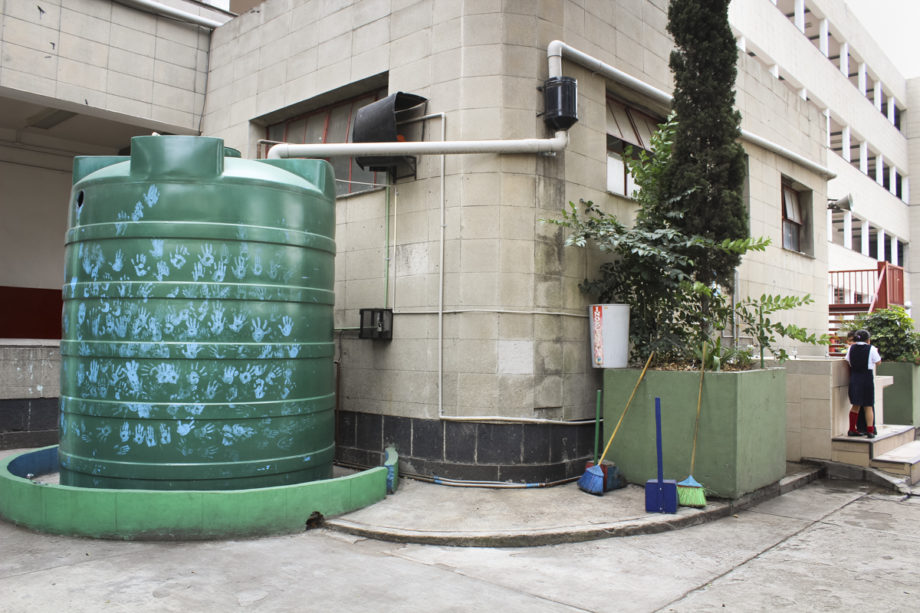 At the Revolución primary school, rainwater is captured on the roof of one building, then sent via tubes to a filter and storage tank. The tank is decorated with students’ handprints.

However, the guidelines for installing the drinking fountains include rainwater collection as a water supply source.

Josué David Bello uses the rainwater fountain at UNAM two or three times a week, he says. When the 23-year-old chemistry student does use it, he fills up a water bottle of almost one liter from which he drinks while he eats.

He thinks it’s a good thing that the university creates projects that promote sustainability.

“It’s great that the resources are taken advantage of, and people are taught the significance of sustainability to resolve their needs.”