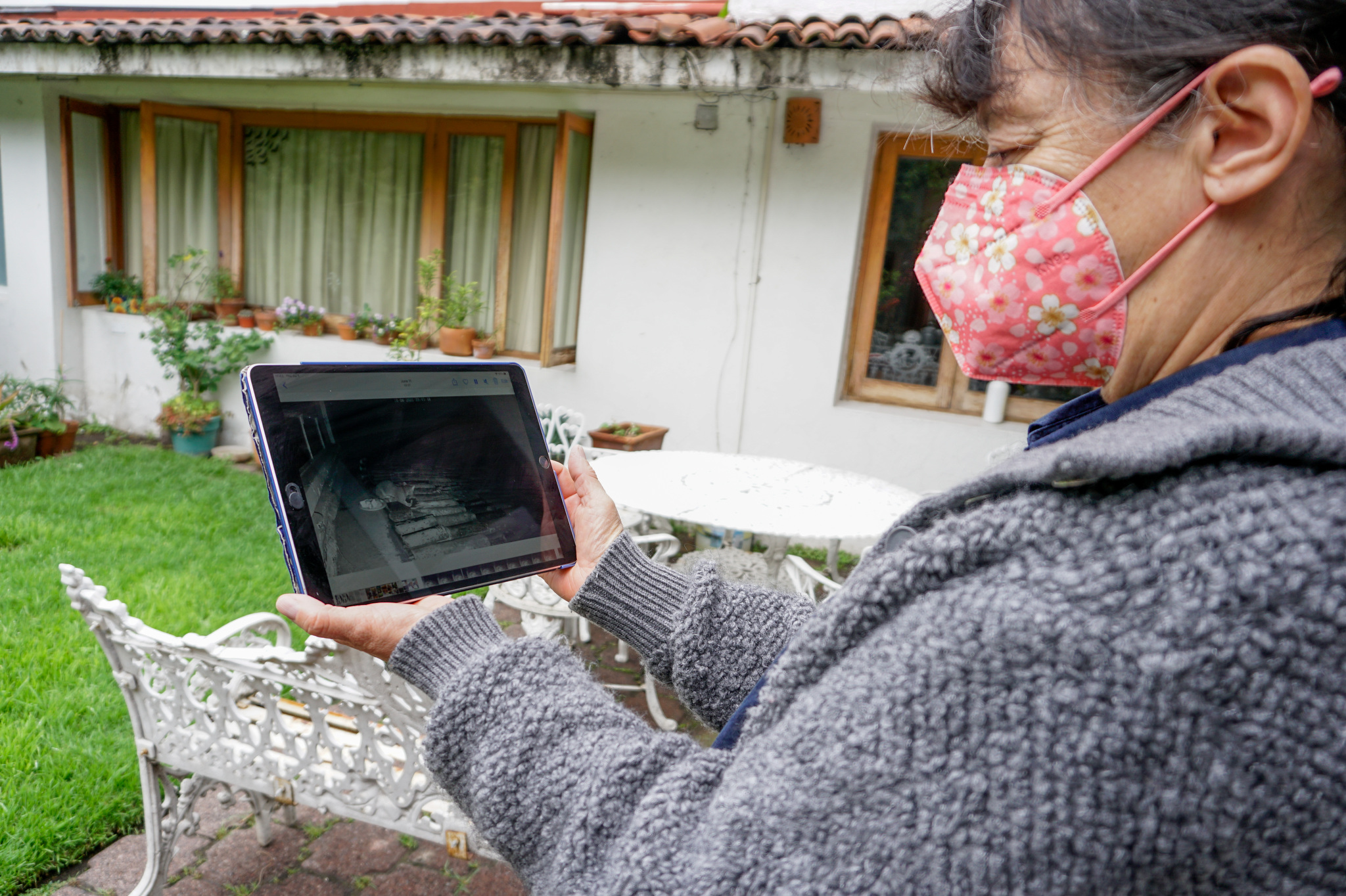 MEXICO CITY, MEXICO — Every morning, Shiva and Rava plant themselves in front of the glass door to the yard, their canine instincts on unusually high alert. They stare intently, awaiting the moment they can go in search of an intoxicating and increasingly familiar smell.

“It’s the ring-tailed cats that are coming through,” says Clementina Equihua, 60, whose keen appreciation for nature piqued her interest in the elusive creatures. “They leave their marks there, and the dogs go wild. We see them sniffing and sniffing, and they go back to the same places.”

These are not the casual musings of a Mexico City animal lover but important observations on the likely whereabouts of ring-tailed cats. The cats — actually small members of the raccoon family, with the ability to rotate their hind feet 180 degrees and voice a range of calls — have confounded scientists with their unexpected reappearance in urban areas.

They’ve drawn the attention of “citizen scientists,” people cooped up at home during the pandemic who are capturing videos on social media and collecting stool samples. This diverse team of amateur experts is providing researchers with critical data on the nocturnal cat’s whereabouts, behaviors and diet.

Researchers hope new insights into the animals’ behavior, also known for their ability to pollinate through their feces, can help them understand the paths they’ve followed since their displacement and their relationship with urban ecosystems.

The seeds, hair, animal and trash remains in their feces contain important clues, says Claudia Moreno, a researcher with the Institute of Ecology at the National Autonomous University of Mexico. 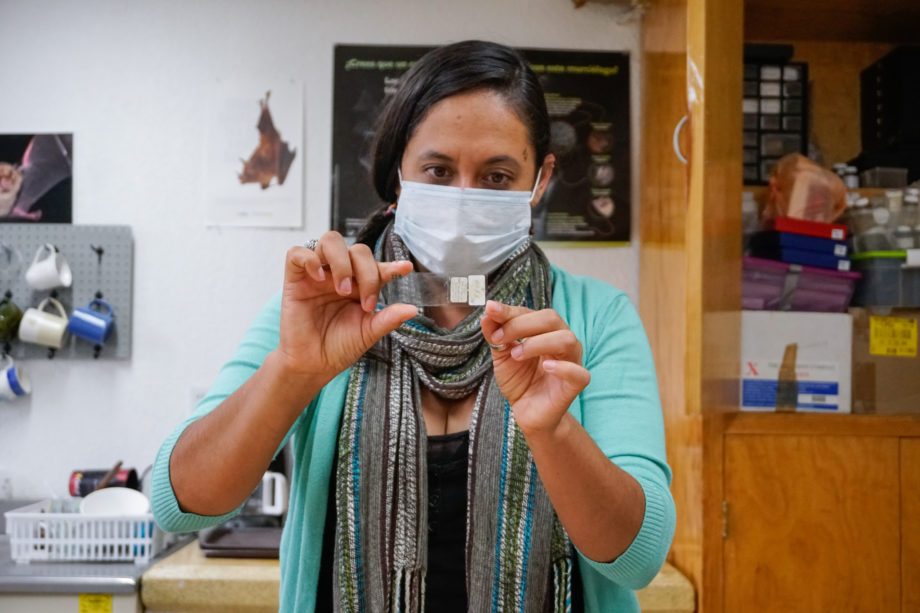 “The citizens’ logs help us a great deal to analyze the distribution of the ring-tailed cat in the city, to see the characteristics of that area in a timely manner in order to explain its presence,” Moreno says.

Moreno’s “Cacomixtle Ecología” (Ring-Tailed Cat Ecology) Facebook page has almost 5,000 followers. Some enthusiasts were more than happy to go a step further, collecting fresh samples from areas where the cats are known to defecate. That success led Moreno to launch a formal research project on the cats in Mexico City, which includes moderating a WhatsApp group that provides information on the cats as well as detailed instructions on how to record sightings and collect and document fecal samples.

The easiest way to track wild fauna — by installing trail cameras in public spaces — is challenging in cities, as it’s difficult to prevent the unattended equipment from getting stolen. Moreno’s project plans to address that issue by enlisting volunteers to monitor the camera equipment.

The ultimate success of this unusual collaboration between scientists and citizens is still unclear. But the work is yielding important information about the life cycles, reproduction and behavior of the mammal in Mexico City, as well as its distribution and interactions with humans. One sample contained the remains of a shrew that was no longer thought to be present in Mexico City. 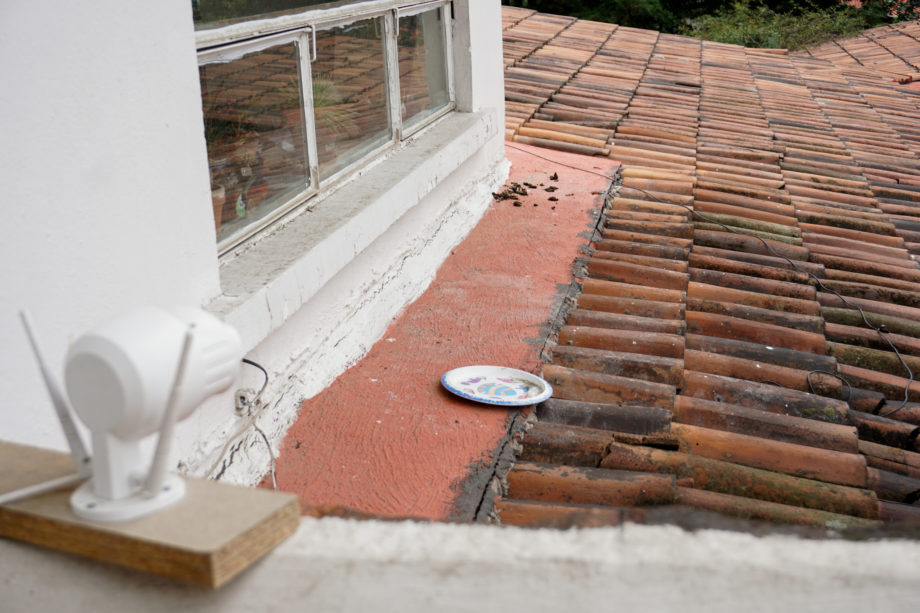 The camera mounted on the exterior of Clementina Equihua’s home is trained on a plate where she and her family leave fruit and other treats for ring-tailed cats.

In the city of Puebla, another research project gained momentum during the pandemic after some 2,000 followers shared photos and videos on the project’s Cacomixtles Mexicanos Facebook and Instagram accounts.

Alexa Zarain Abdala, 24, and Ana Cecilia Pérez Espinoza, 23, were in their final semester of veterinary school at the Popular Autonomous University of the State of Puebla when postings surged. “We found that, since people were spending more time at home and staying awake more due to inactivity from the pandemic, a huge number of sightings came to us,” Zarain Abdala says.

The student researchers enlisted some of the commenters to collect more than 50 fecal samples, enabling them to study alterations in the cats’ diets and hormone levels. Some enthusiasts opened their homes to let researchers collect fecal samples and other information about the animals.

Inspired by their success, Zarain Abdala and Pérez Espinoza have applied for financial support from the government to help them build on their findings. “It’s very nice to know that people are becoming more aware that they’re there, that we’re not alone, that we have these neighbors,” Zarain Abdala says.

In Mexico City, Equihua and her family invested in video surveillance equipment to monitor the comings and goings of a ring-tailed cat that frequents their yard.

“When we’re watching TV, my husband and I, and he says, ‘Look, it’s here,’” Equihua says. “And so you have to stop the TV to see that the guest has arrived.”