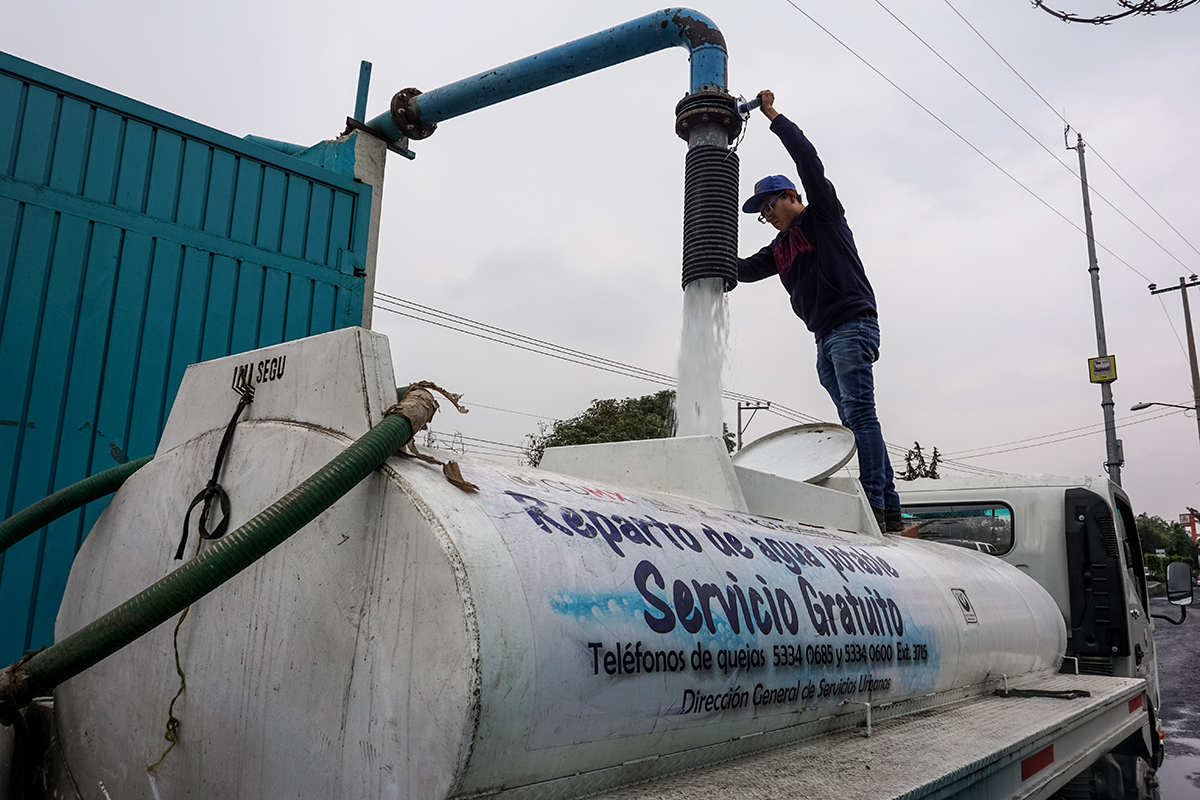 SANTA MARÍA NATIVITAS, MEXICO — On Nov. 26, 2016, a sinkhole appeared in the main road of this community in Mexico City. Infrastructure officials attributed it to a water leak.

Two months later, about 500 meters away, another sinkhole appeared, this time in an area frequented by tourists. Xochimilco, where Santa María Nativitas is located, is famous for its navigable canals, which are frequented by visitors. Officials said the sinkholes were caused by “drainification,” which happens when water drains through a small hole in the subsoil and, as the water drags down solid materials, the hole grows to resemble a drain.

But researchers in the area say the problem was actually caused by extracting water from the area’s subsoil.

That conclusion led locals to monitor one of the nine government-owned wells that supply the town’s water. The well is near the sinkholes. 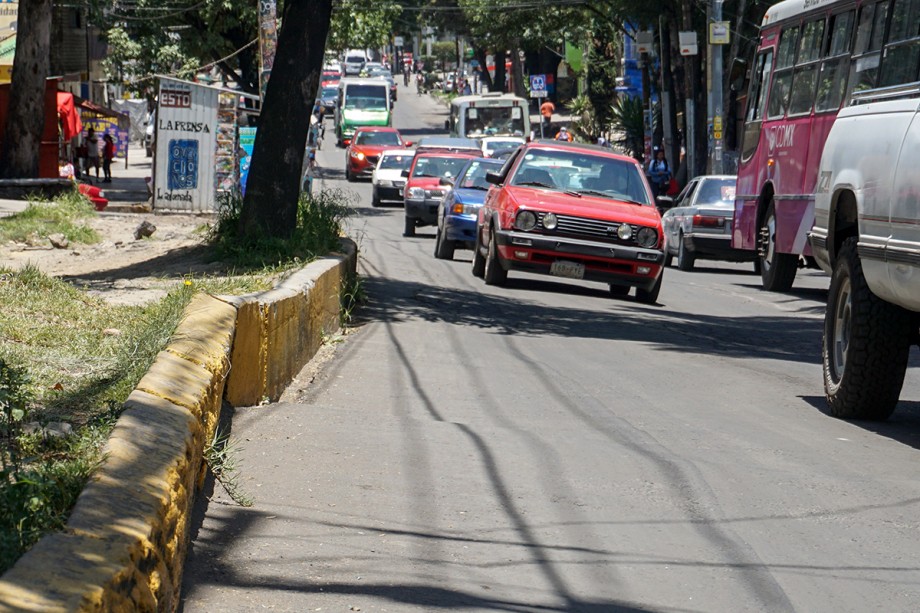 A sinkhole appeared on the Xochimilco-Tulyehualco road in Santa María Nativitas, a village southern of Mexico City, in late 2016. The road has been repaired, but locals say it’s bound to happen again. They blame overuse of a local well for the sinkhole, which is just one of a handful that have appeared in the area.

In addition to supplying the town’s water, the well was also supplying 85 water tankers, pumping 10,000 liters of water into each tanker every day, says Elva Sánchez Zarco, a resident who now monitors the well’s use.

Some of those tankers delivered water to informal settlements that don’t have access to the community’s water system. Locals were aware of these deliveries, Sánchez Zarco says.

But many of the other tankers, she says, took water to purification plants, private homes and even brickmaking sites, she says.

The government can sell well water to private buyers, but the amount pumped by those tankers was a surprise, she says.

The citizen monitors blocked access to the well four times, in an effort to pressure the local government to bar the trucks from taking water. The last blockade was on Sept. 11, just days before a third sinkhole appeared. 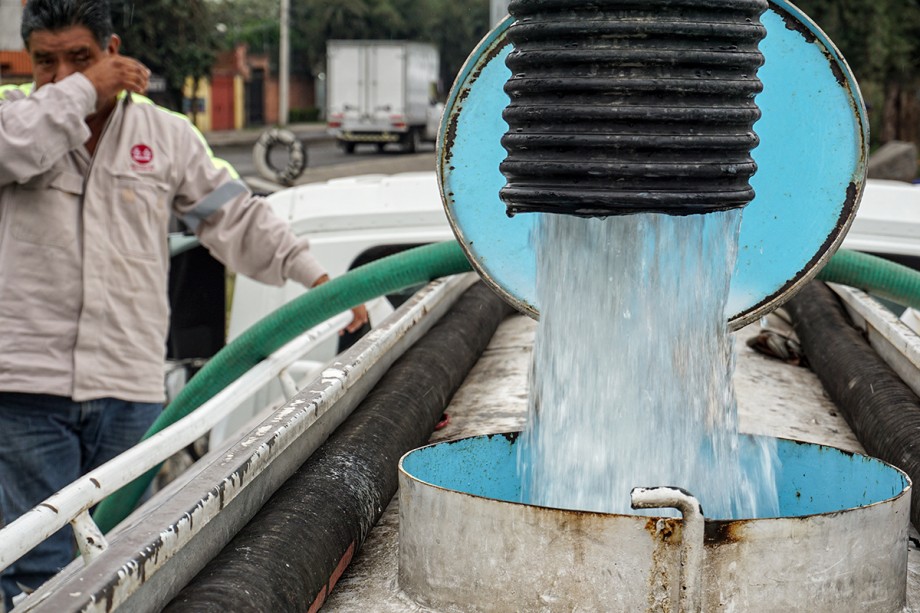 Many of the trucks that take water from the wells in Santa María Nativitas distribute water to informal settlements in the area. Other trucks take water for private use.

On Sept. 17, the local government formally blocked the trucks’ access to the well.

But hydrogeologists say the government’s action might be too little, too late.

The excessive extraction of water from the well in Santa María Nativitas caused subsidence – the gradual caving in of land – and cracks, especially in the center of town, according to the Programa Parcial de Desarrollo Urbano de Santa María Nativitas, an urban development program.

The subsoil in the area transitions from solid rock to highly compressible clay. When water is extracted, the clay loses moisture and pressure and, ultimately, contracts. The tension from those contractions causes the subsoil to crack, says Carlos Vargas Cabrera, a hydrogeologist and academic director of the Centro para la Sustentabilidad Incalli Ixcahuicopa, which studies sustainability.

The sinkholes developed in areas where the groundwater level has fallen, Vargas Cabrera says, but there are other major and minor deformations all over town, each caused by overuse of the well.

Vargas Cabrera warns that the subsoil hasn’t reached its maximum contraction. The fractures will likely continue, in greater number and magnitude. 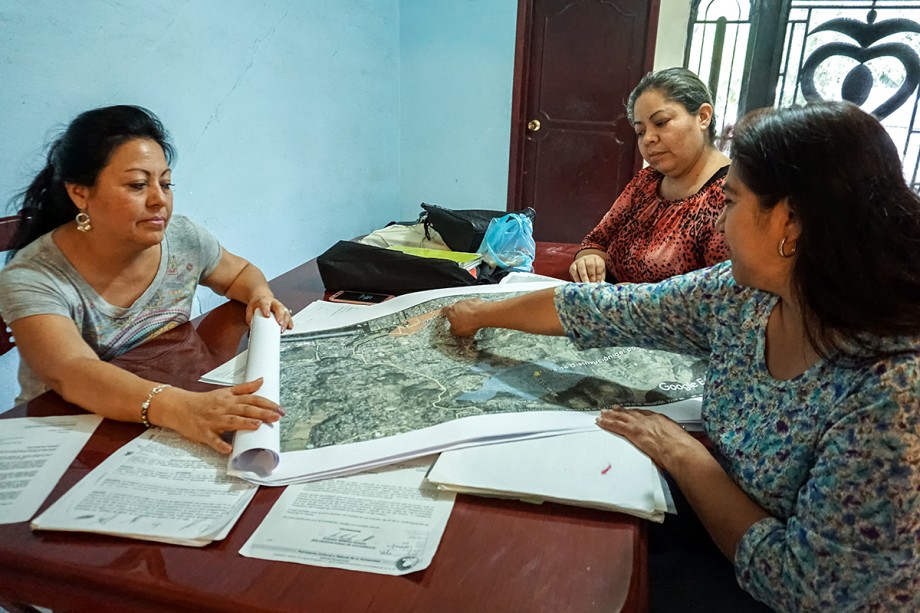 The official government atlas that shows hazards and risks for the area notes that the sites where the sinkholes appeared are in areas at risk for developing depressions and cracks.

Vargas Cabrera says it’s possible to mitigate the problem by injecting water into the subsoil. Another option is to abandon use of the well altogether, he says.

But local officials still deny that overuse of the well caused the sinkholes. Armando Martínez, who manages water distribution via tankers, says the real problem is the area’s geology. He didn’t elaborate on how he believes local geology caused the issue.

Local people “want to attribute this to us as our fault because we are extracting so much water,” Martínez says. “I think it is something illogical.”