Skip to main content
The story you are reading was published on Wednesday July 13, 2016. To read more recent stories click here. 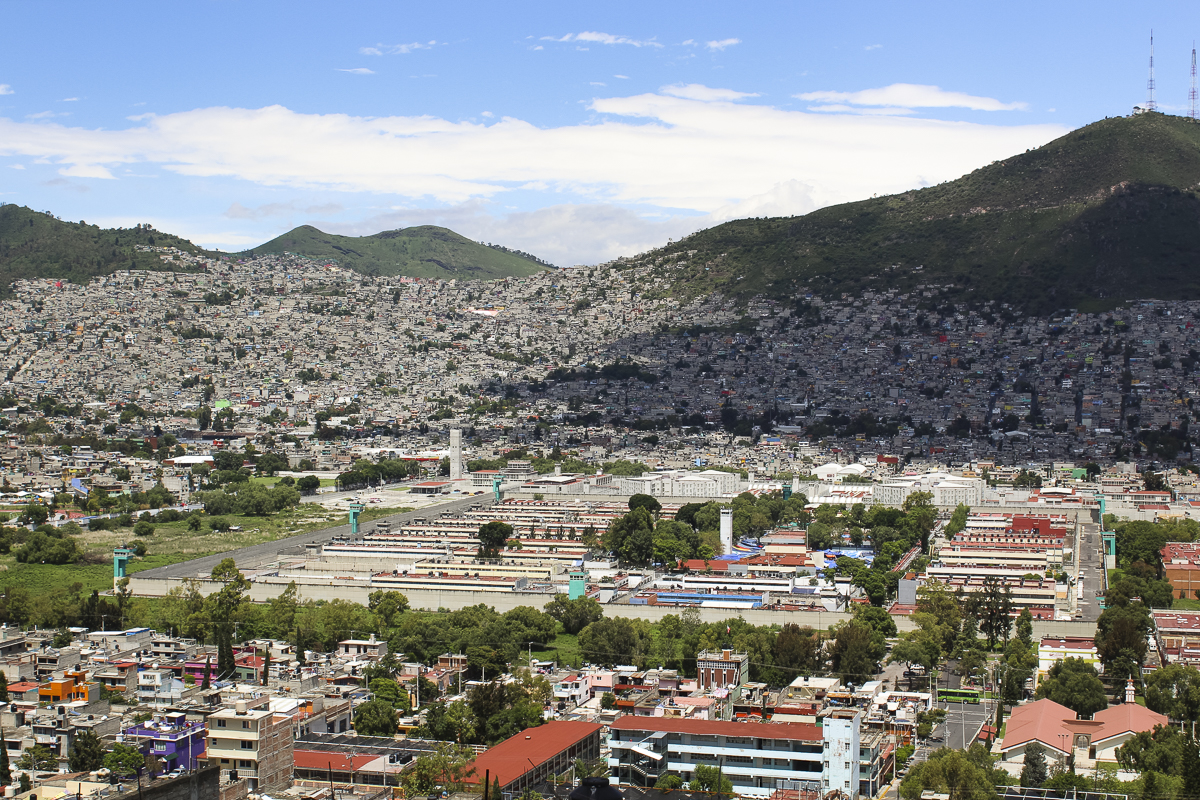 MEXICO CITY, MEXICO ─ Isaac García says he was humiliated by guards and prisoners when he arrived at the Reclusorio Preventivo Varonil Norte, a prison in Mexico City. He was beaten by his 29 cellmates, one by one, as a “welcome,” the 26-year-old says.

The part of the reform to the prison system lags behind the reform of the criminal justice system. This implies that the conditions of security in the prisons, and of well-being in the prisons, will take more time to be achieved. Miguel Sarre Iguíniz, who participated in creating a law that incorporates mechanisms for states to implement prison reforms

During the year he was in prison, García, who asked that just part of his name be used because he fears retribution and being stigmatized, says he had to work for his cellmates, buy cleaning products for them each week and sleep on the floor because, in the cell shared by 30 men, there were only six metal pallets that could be used as beds. While there, he says, he also suffered from gastritis and hemorrhoids.

In April 2014, García and 14 of his companions, with whom he lived on the streets in the center of Mexico City, were arrested and charged with robbery. Four of the people (two minors among them) were released the same day, and another five were released a month later.

But García, along with the remaining five, were sentenced to four years and nine months in prison, says Luis Enrique Hernández, director of El Caracol, a civil organization that supports homeless people, and that accompanied García during this case’s legal process.

García is gay, so he was sent to a cell where there were only gay men, he says. There were some benefits to being in that cell.

For example, a nurse cared for them before caring for other prisoners, he says.

Plus, he and other gay prisoners didn’t pay money to guards when they held roll call, which, though illegal, was commonly required of other prisoners, he says. García says the guards forced other prisoners to pay between 5 and 10 Mexican pesos (28 to 55 U.S. cents).

García says he still had to buy things his cellmates demanded from him and to pay the prisoners who controlled the cells. He didn’t have any family members who could send him money, so he earned cash by cleaning and sewing the clothes of other prisoners, doing errands or sweeping the cells, he says.

“In the time that I was inside there, I always saw that those in beige would order around the ones in black,” he says, referring to some prisoners who held sway over guards.

The prisoners sometimes rioted against the guards, García says, and the guards couldn’t do anything to stop it.

The conditions García experienced aren’t unique. Problems such as these are so common nationwide that the entire penitentiary system is being reformed as part of a transformation of the country’s judicial system.

Since you arrive as new, they hit you, and, if you don’t give them [money], they keep hitting you. They make you do fajinas [cleaning work ], they ask you for money, and if you don’t give it to them, they hit you. Isaac García, a former prisoner who asked that just part of his name be used because he fears retribution and stigma

Plans for these changes date back to 2008, when a constitutional reform included two fundamental guidelines: that a prison’s objective is social reintegration for prisoners, starting with guaranteeing rights such as the option to work, get healthcare or participate in sports, and that control of custodial measures would be in the hands of the judiciary.

That reform required states, Mexico City and the federal government to create their own laws to ensure that their prisons complied with those fundamental changes.

But state prisons were left to implement the reforms without any standardizing legislation, according to local organizations.

Until now, they’ve been implemented differently in each state.

On June 17, the Ley Nacional de Ejecución Penal, a law that incorporates mechanisms designed to guarantee compliance with the 2008 reform, went into effect. The law is applicable in every prison in the country.

This law not only recognizes the rights of prisoners, but also is the basis for establishing procedures and bodies responsible for enforcing them, says Miguel Sarre Iguíniz, who participated in creating the law. He is an academic who specializes in the criminal enforcement system.

The law went into effect the day before the deadline for the country-wide, according to the stipulations of the 2008 reform.
But Sarre Iguíniz says he expects implementation throughout the whole country will take a few years.

But even in the months before that deadline, people working on the issue say they knew it wouldn’t be met.

Meanwhile, Mexico’s prison problems are widespread. There are 389 penitentiary centers that house about 247,000 people, according to the most recent data published by the Comisión Nacional de Seguridad, which is in charge of policies on crime and security in the country.

Many states have major deficiencies when it comes to regulating standards in prisons, according to a joint analysis published in late 2014 by the civil organization Documenta and Proyecto Justicia, an initiative run by the think tank Centro de Investigación para el Desarrollo (CIDAC) in order to monitor and evaluate the implementation of the new justice system.

One of the worst deficiencies is that enforcement judges cannot examine living conditions for prisoners, according to the analysis.

María Sirvent Bravo Ahuja, the institutional coordinator for Documenta, which focuses on litigation related to the criminal and penitentiary system, says there is also a lack of training among public defenders, judges and agents of the Ministerio Público, the attorney general’s office.

“Today, they aren’t trained, and I think that bringing good cases is the way in which they can begin to get enforcement judges to create sentences that benefit the penitentiary system,” she says.

In the prison where García was incarcerated, inmates exercise control, including bribes and extortion, according to the most recent oversight report from the Comisión Nacional de los Derechos Humanos, which is the highest authority in charge of protecting human rights in the country.

According to the study, published in March 2016, there are also problems with overcrowding, food, unhygienic facilities, and there was an inattention to whether prisoners’ human rights were violated.

Dozens of other prisons in the country also have problems with overcrowding, security deficiencies that allow prisoners to exercise authority and lack of action to prevent or deal with fights, riots, jailbreaks, suicides or injuries, according to the report. Hygiene issues and problems in dealing with violations of the prisoners’ human rights also occur in other prisons, according to the document.

Experts hope the reforms, and especially the separate court system to hear internal complaints about prisons, will curb some of those problems.

Dispute resolution in prisons, including complaints about conditions, should be handled in a way that echoes what happens in the outside world, Sarre Iguíniz says.

“This implies that we are taking the prison [and] we place it as if it were the free world for the purposes of law,” he says.

Such a system could have a widespread impact on the most vulnerable prisoners.

R.B.’s husband and only son are in prison. Her husband, L.E., was sentenced to 28 years in prison for rape. Her 29-year-old son, D., is serving a sentence of eight years for auto theft.

R.B., who asked that she and her family only be referenced by their initials, has focused on trying to free D., who has spent the last six and a half years in prison, she says. More than a decade ago, he began having difficulty speaking, she says. Now, she says, it’s almost impossible to understand what he’s saying, and his muscles shake all the time. He’s never been diagnosed with any condition, but he’s housed in prison with other people with disabilities.

D. has been abused by other inmates and guards, R.B. says. He doesn’t usually tell her what’s happened, she says, but she finds out from other inmates.

Last year, one of R.B.’s sisters went to visit D., and found out through other inmates that a guard had slapped him. The sister submitted a complaint to the prison authorities, R.B. says.

R.B. says neither she nor her sister knew that they could take the case before an enforcement judge.

García was granted early release in April of last year. He says that he didn’t know about the enforcement judges when he was in prison. Despite the prison abuses he lived through, he would have never submitted a complaint for fear of retaliation from inmates and prison authorities, he says. 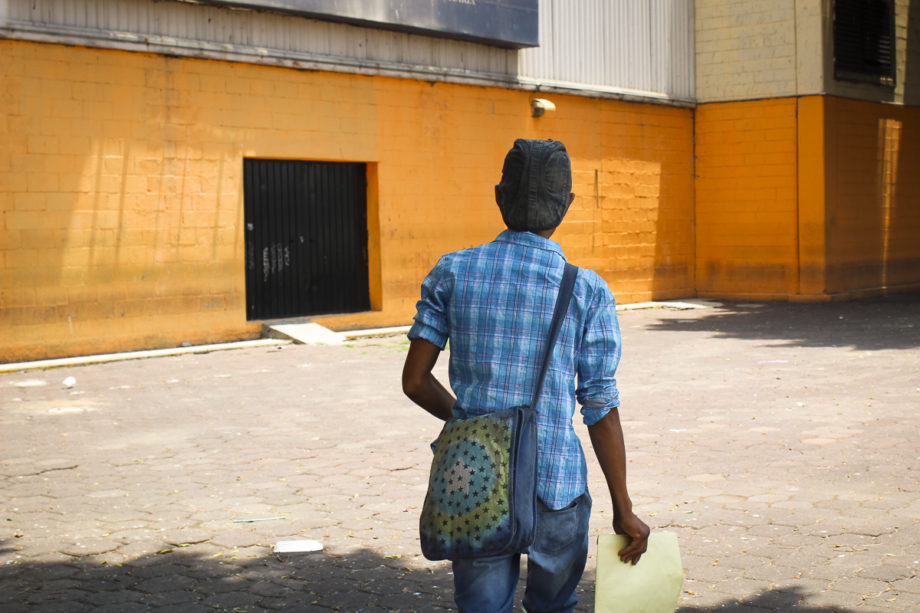 García walks towards the Centro de Asistencia Pospenitenciaria, where he checks in monthly as required under his early terms. García spent about a year in prison, where he witnessed problems like overcrowding, and bribery and extortion by guards and other prisoners.

“Because I wouldn’t have wanted to involve myself in problems inside there, because since everything is connected, everyone is connected. The guards are connected to the ones in beige, so everything is told, then they order the rest, other people, to do something to them,” he says, referring to prisoners who wear beige.

It’s expected that inmates and their families will be skeptical about the new law, Sarre Iguíniz says.

“In order for there to be faith in the establishment of a greater state of legality in prison, it will depend on achieving visible results,” he says.

R.B. is doubtful the law will have much impact. She doesn’t trust authorities, especially those in the justice system, she says.

“It would be excellent because they have rights to many things, and [authorities] deny them,” she says. “For example, the doctor; the medical service is horrible. There is no potable water. They lack many things, things to which they should have a right to live in a dignified manner, something that isn’t so ugly.”