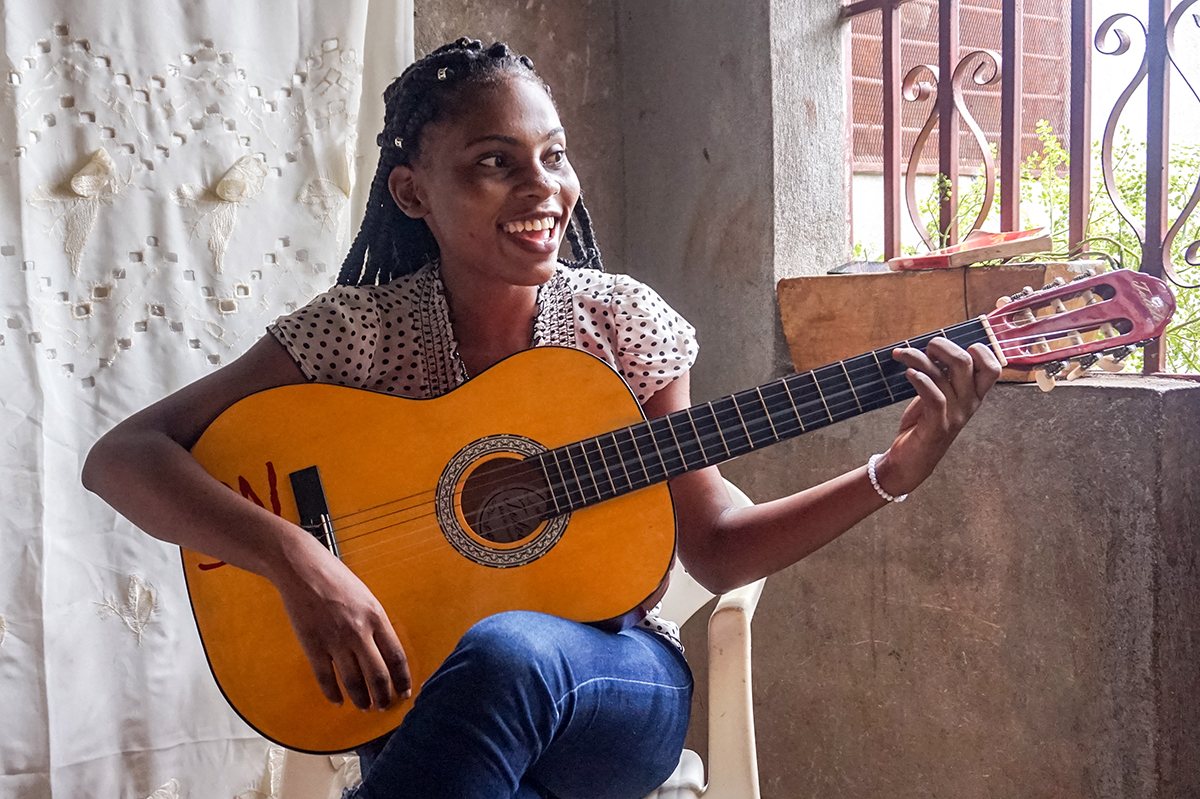 PORT-AU-PRINCE, HAITI — Standing on stage, her voice full of vim and vigor as colorful lights flash, Nadine Davéus, 18, performs her own version of a song by BIC, a popular Haitian artist.

Davéus is one of 300 singers competing on a TV show called “Podium Quartiers,” a contest to promote the talents of young Haitians.

“Singing is usually my thing in church and school and at some events,” she says.

But once she began to participate in the show’s regular contests, she says she developed into an outstanding artist.

Haiti has been the recipient of enormous investments from aid agencies and others, but children are often ignored, says Louis Real, creator of “Podium Quartiers.”

“Our youth really want people to approach them, think for them and help them get out of the hole they’re in,” Real says.

Haiti’s young people have talent in abundance, he says, adding, “only the means are lacking.”

“Podium Quartiers” is no neighborhood singing contest. It takes its cues from “American Idol” and other glitzy programs that create a concert atmosphere with a live audience, and it features interviews with contestants in their neighborhoods and around Port-au-Prince. The show, which launched in 2017, attracts devoted fans. Like American Idol, the U.S.-based singing contest that sparked versions around the world, “Podium Quartiers” plays up the drama. In one episode, Xavier Ive Londredid, winner of the show’s 2018 championship, passionately sang hits by Aretha Franklin and Alicia Keys while a panel of judges, arms crossed, watched solemnly.

“Podium Quartiers” has proven to younger Haitians that they have options, says Dickens Princivil, a musician and one of the contest judges. Princivil is also the director of CULTURA, a center for artists.

“We’re all in agreement that an impressive array of talents hidden in young people were eroding away as a result of the lack of guidance, resulting in young people being unable to bring out their hidden talents,” he says. 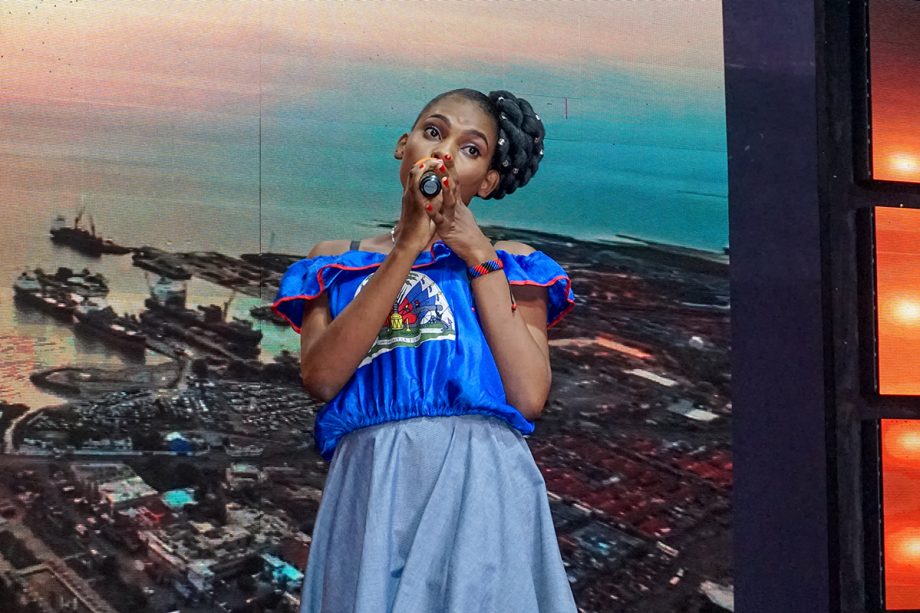 Davéus performs at “Podium Quartiers,” where she was eliminated in the semifinals.

“Podium Quartiers” encourages young people to push beyond some of those challenges and prove their talents, Princivil says.

People who know Davéus, who was eliminated in a semifinal of the show in 2018, say the contest fundamentally changed her.

“From the moment Davéus returned home from the contest in tears for not having been able to move onto the next stage in the contest, it seems as if losing has given her a boost up,” says Berlinda Chertoute, 21, Davéus’ cousin.

“It’s my hope that she’ll keep her momentum going, because as the saying goes, perseverance is the mother of success,” Chertoute says.