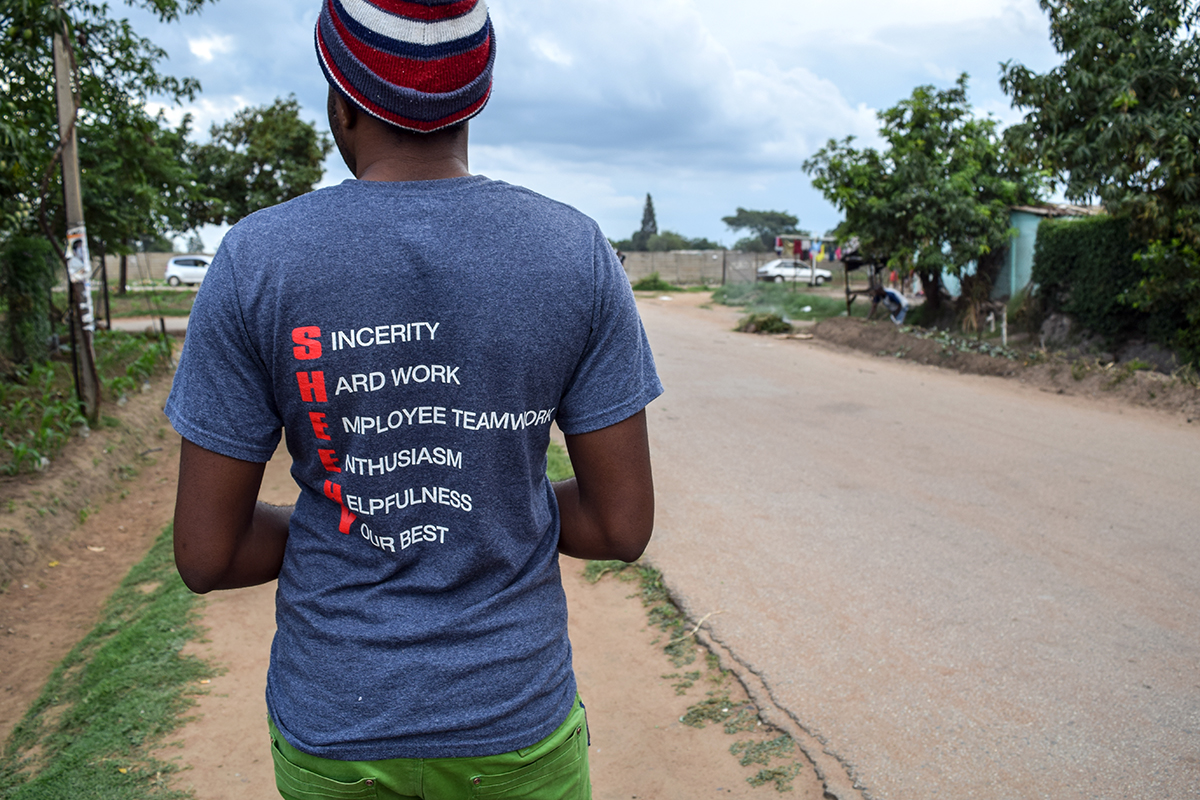 HARARE, ZIMBABWE — It is 9 p.m. and, Tapiwa, a 25-year-old gay man, walks with confidence, blowing cigarette smoke toward a local bar where he often hangs out with other gay men.

But tonight, he’s turned away.

“We are not allowing your type to enter the bar today,” the bouncer says.

Tapiwa doesn’t even ask what the bouncer means by “your type.”

Same-sex marriages aren’t allowed in Zimbabwe, according to section 78 of the constitution, and the country is largely opposed to same-sex relationships.

But being gay isn’t a crime. Even so, LGBT people are often arrested and treated as criminals.

Tapiwa, who asked that only part of his name be published for the sake of his safety, says he was arrested in 2013, along with others who were at a party organized by GALZ, a LGBT advocacy organization.

“The police summoned us to sit at the back of a truck where we were forced to sing liberation war songs,” he says.

Those songs were popular during Zimbabwe’s freedom movement in the 1980s and were meant to inspire patriotism and encourage loyalty to Zimbabwe. In that police truck, the songs were meant to remind Tapiwa and the others that Zimbabwe doesn’t condone same-sex relationships, Tapiwa says.

“At the police cells we were beaten all night whilst the police shouted that the Zimbabwean president does not tolerate homosexuality,” Tapiwa says.

Ultimately, Tapiwa and the others weren’t charged with anything. They hadn’t committed a crime.

“Normally gay people are charged under provisions such as disorderly conduct and public nuisance,” says Chesterfield Samba, director of GALZ. “The state is really a key player in terms of harassing LGBT people.” 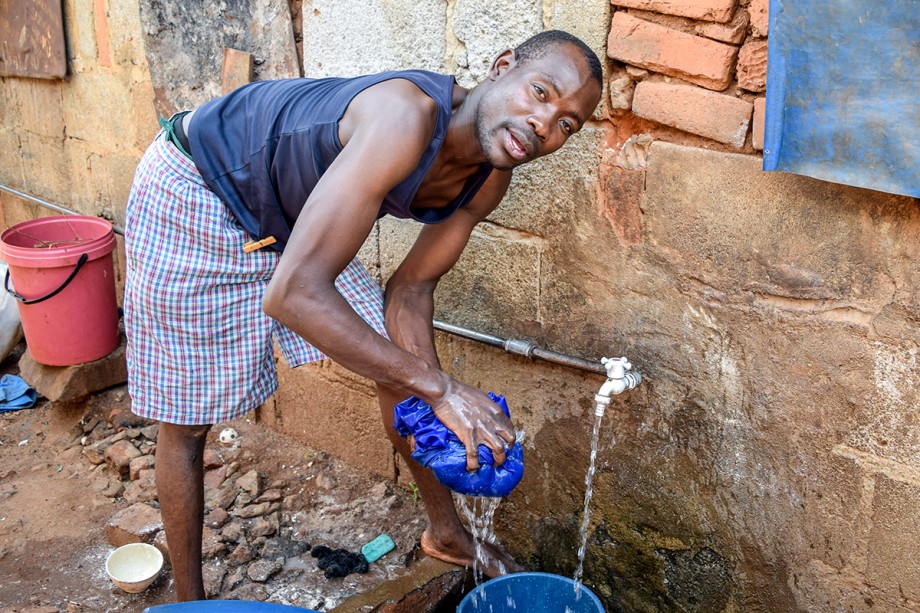 Matthew Laphkeni, 33, washes and cleans at his home in Kuwadzana, a suburb of Harare, Zimbabwe. Matthew is married to a woman and he says his wife accepts that he is gay.

“The government position derives from the constitution,” she says. “The constitution prohibits the marriage of the same sex [so] same-sex relationships are not allowed and we have not recognized any rights that are attached to LGBT.”

Mabhiza acknowledges that stating one’s sexual orientation as gay is not a crime, but says it is a crime to engage in a same-sex relationship.

“We are also looking to the moral aspect to it,” she says. “It is not morally acceptable in terms of our culture and religion.”

The government’s somewhat flexible interpretation of the constitution’s language regarding same-sex marriage gives police, in particular, and society, in general, leeway to persecute LGBT people, Samba says. Police act with impunity, even when formal charges can’t be filed, he adds.

Zimbabwe is hardly alone in turning a blind eye to human rights abuses of LGBT people. Homosexual acts are illegal in Uganda and reports of human rights abuses there are widespread. Similar laws exist in Zambia, Somalia, Nigeria, Ghana, Tanzania, Kenya, Sudan and other African countries.

In Mauritania, homosexual acts between Muslim men are punishable by death by stoning.