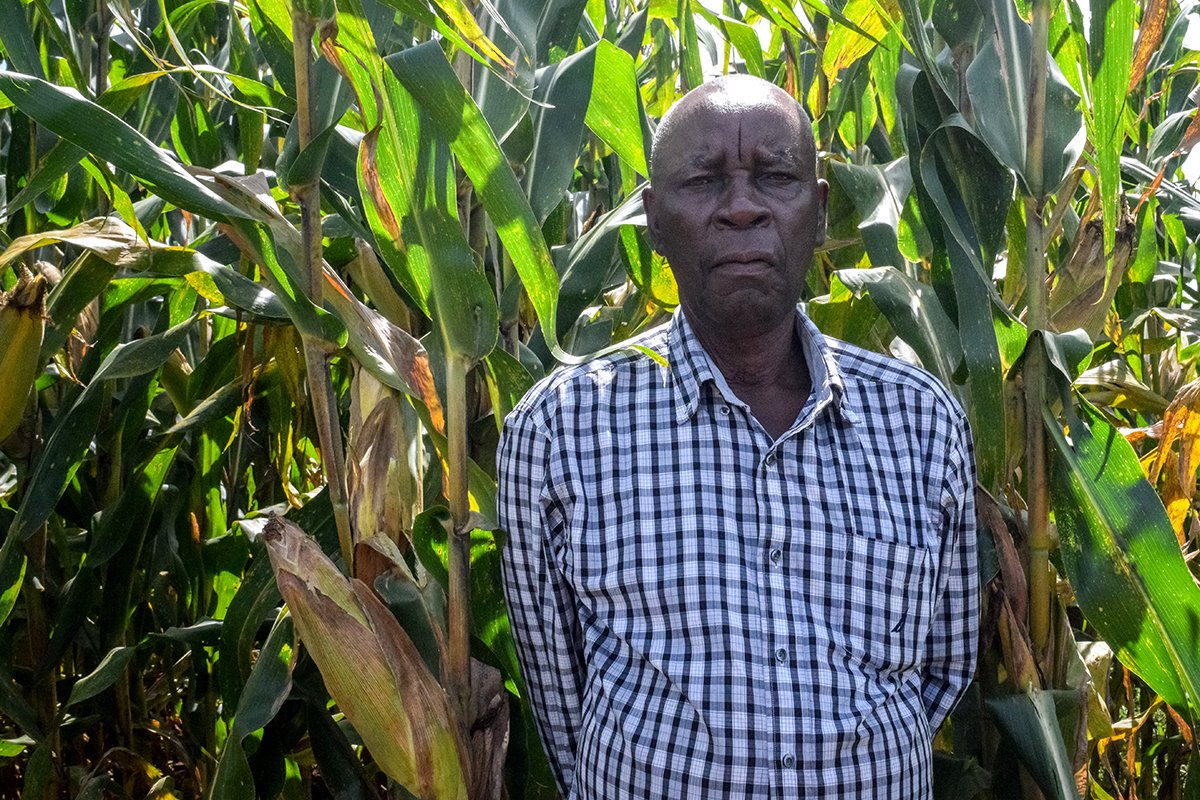 CONCESSION, ZIMBABWE — Soldiers supervise as farmers queue up to apply for loans for fertilizer, maize seed, herbicides and fuel — key supplies that many can’t afford on their own.

Farmers who choose to take the loans must agree to provide five metric tons of harvested crop per hectare (approximately 2.2 U.S. tons per acre) to the government, which promises to use it to feed hungry people. The program, called the Special Maize Import Substitution Program, is the government’s strategy to replace imported maize with homegrown maize, reinvigorate Zimbabwe’s farmland — much of which lays fallow — and turn the tide of a severe food shortage. None of the seeds are genetically modified, following Zimbabwe’s long-held policy of rejecting those products, including when they come as foreign food aid.

Any farmer whose land the military deems suitable for agricultural production is eligible to apply for a loan (amounts vary) from the program’s $500 million budget. Farms with intact irrigation systems are prioritized.

About 2,300 farmers within the Mazowe district have signed up for the program, known informally as “Command Farming,” by mid-March, according to AGRITEX, a Ministry of Agriculture department and advisory body. In total, about 3,000 farmers are part of the program. Nearly 50,000 hectares (approximately 12,400 acres) of maize were planted in the Mazowe district for the 2016-2017 growing season, a 55 percent increase from the 2015-2016 season.

“I was a bit upset when there was a delay in the distribution of top fertilizer to my farm,” says Chingodza, who has planted two hectares (about five acres) of maize. “I ended up using my own cash to buy fertilizer, then when the command fertilizer came I added on to that.” 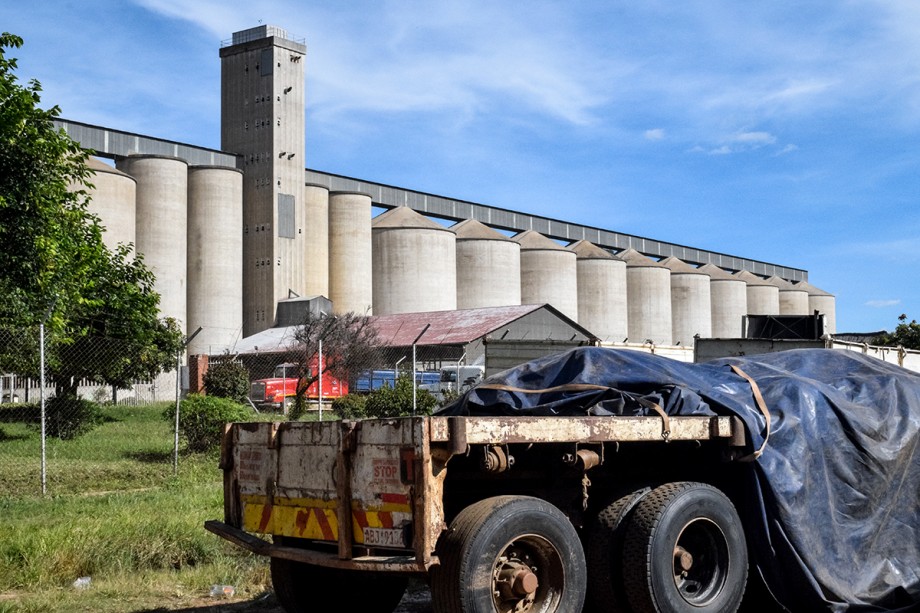 A truck sits outside the Grain Marketing Board in Concession, Zimbabwe. Production of key crops in Zimbabwe has decreased dramatically in recent years.

While some farmers had to wait for their seeds and fertilizer, other farmers hoarded the goods, forcing AGRITEX officials to retrieve them and redistribute them to farmers who were willing to use them immediately, says Joseph Garate, district agronomist of the Mazowe district.

The government’s goal is for 400,000 hectares (about 990,000 acres) of agricultural land in total to be planted with maize seeds and other supplies as part of the program.

The produce grown through Command Farming is expected to be ready for delivery on August 31, Garate says.

The program is scheduled to continue at least into 2018, when farmers might be able to reapply to participate again.

I was a bit upset when there was a delay in the distribution of top fertilizer to my farm. I ended up using my own cash to buy fertilizer, then when the command fertilizer came I added on to that.Stephen Chingodza, a farmer

Food production has plummeted in Zimbabwe in recent years. According to the Zimbabwe Vulnerability Assessment Committee, production of the nation’s key cereals declined by 43 percent in the 2014-2015 season compared to the previous five-year average. More than 4 million people — about 30 percent of the population — were projected to be food insecure at the peak of the 2017 season.

The government declared a national disaster related to drought and low food production in February 2016.

Huge portions of the country had just 65 percent of normal rainfall levels between October 2015 and February 2016, according to the Famine Early Warning Systems Network, a program that is run through USAID, the U.S. international aid agency.

This pushed the nation to rely more on maize imports from Zambia and other neighboring countries. In 2015, 500,000 metric tons (about 551,000 U.S. tons) of maize were imported from Zambia.

In its best years, agriculture provided a livelihood for 70 percent of Zimbabwe’s 13.8 million people, but government efforts to take land from farmers whose families controlled the nation’s agriculture during the colonial period and afterward led to low yields. Some 4,500 commercial farms were taken from their legal owners and redistributed into the hands of black Zimbabweans in a program known as Fast Track Land Reform.

Many of the farmers who are benefitting from the command farming program, including Chingodza, the farmer who was disappointed when supplies arrived late, received land through Fast Track Land Reform.

Some of those new farm owners lacked the skills needed to manage agriculture, says Paul Mapfumo, a professor at the University of Zimbabwe’s Department of Soil Science. At the same time, he notes, drought has ravaged the region, so it’s difficult to blame Zimbabwe’s food shortage on any single factor.

Most A1 and A2 farms, the designations used to describe farms redistributed under the land reform program, perform poorly, according to 2016 research published by West Virginia University. Many of the farmers lack post-secondary education that could improve their chances of success in the agricultural sector, the research notes. 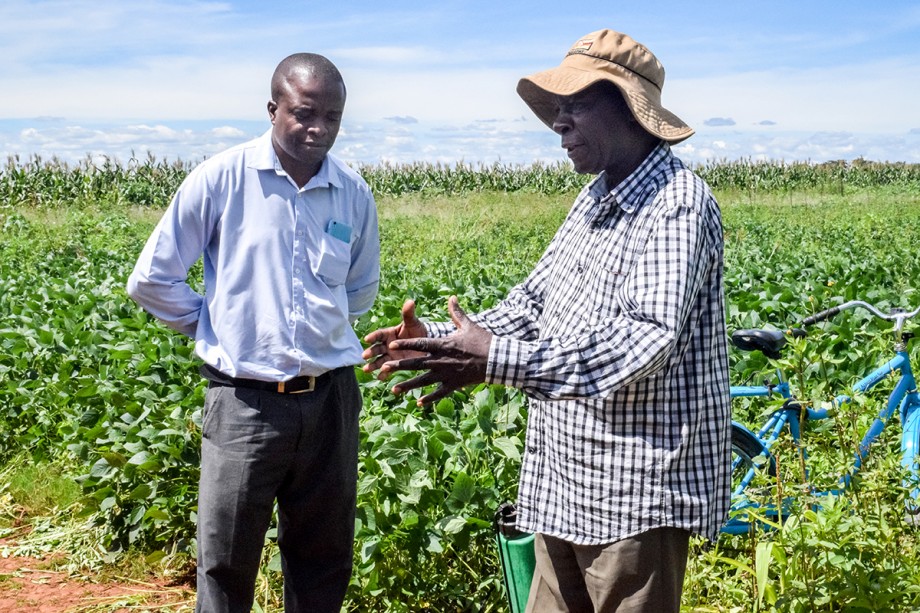 The Command Farming program itself is not without controversy, in part because of its name. Farmers argue that the word “command” introduces an element of fear into the farming process.

“By virtue of command, I’m sure it’s an area where the government sees it fit to direct what would ultimately benefit the majority of its people,” says Andrew Shamu of World Vision Zimbabwe. Shamu interacts with farmers across the country, overseeing food distribution to disadvantaged communities.

It’s not the first time that food production has been militarized in the country. Operation Taguta, launched in 2005, gave the army some control over food production with the aim of distributing it throughout the country. Taguta is a Shona word that means “We have been well-fed.” Reports analyzing the program vary on whether it was successful, but one scathing finding from Solidarity Peace Trust, an activist organization led by religious leaders in South Africa, notes that soldiers “wantonly and systematically destroyed” lucrative market gardens, turning “plot holders into paupers overnight.”

Even so, Mutsauko Madzivanzira, a farmer who owns six hectares (approximately 15 acres) of land, says the current program has been a big help to him.

“I have produced better maize crops during the command farming season than the previous season and received all the required inputs, fertilizers and chemicals,” he says.