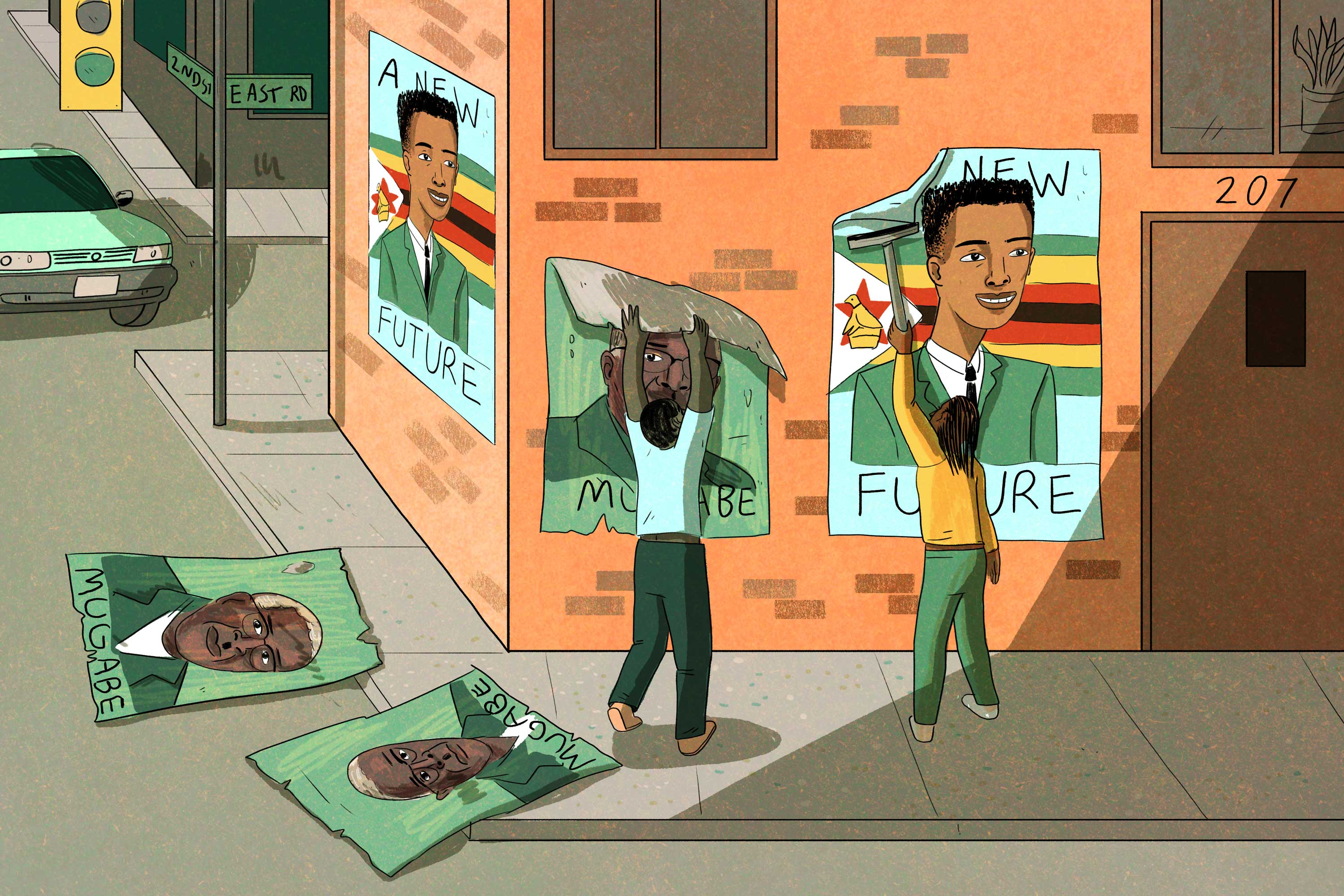 HARARE, ZIMBABWE – Steven Sibanda and his friends joined the parade through the crowded streets of Harare, Zimbabwe’s capital city.

The news had just come in — Robert Mugabe, the only president the 26-year-old ever knew, had resigned.

Mugabe’s resignation marks the dawn of a new era, Sibanda says with a wide grin.

Even before the historic political revolution that took this nation by storm last month, Sibanda had planned to run for parliament in the 2018 elections, representing the Warren Park constituency.

Elections are still scheduled to take place next year, according to Emmerson Mnangagwa, former vice president and member of long-time ruling party ZANU-PF who was sworn in as president last month just days after Mugabe’s departure.

Sibanda, who is a member of the opposition party Mavambo Kusile Dawn, one of more than 60 registered opposition parties, believes Mugabe’s departure will work in his favor come voting time. He hopes voters will no longer feel pressured to vote for candidates from ZANU-PF, Mugabe’s political party, which has ruled the country since it gained independence in 1980.

“Fear of being victimized was the biggest setback in the past,” Sibanda says, referring to the violence, intimidation and fraud that have characterized recent elections. “Now that the lion is dead, those who were afraid to vote for opposition are now able to vote.”

In Zimbabwe, 77 percent of the population is below the age of 35, according to the 2012 census, the most recent available. But people under 30 hold just 3 percent of seats in parliament, according to a 2017 Inter-Parliamentary Union report. In an effort to increase youth representation in local government, civil organizations are supporting young people, like Sibanda, who are running in next year’s parliamentary elections.

In the midst of so much political uncertainty, young candidates from a variety of parties have mixed opinions about their political futures.

Zimbabwe’s youthful population has been severely affected by the country’s ongoing financial crisis, as individuals between the ages of 15 and 34 make up about 57 percent of the country’s economically active population.

The National Association of Youth Organizations, a nonprofit that works with young people to advance national development, estimates youth unemployment at 90 percent.

Apart from economic constraints, youth in Zimbabwe are often excluded from political decision-making which manifests in low youth turnout in elections. People under 35 make up 41 percent of eligible voters but comprise just 14 percent of the registered voters in Zimbabwe, according to a 2017 report by the Research and Advocacy Unit, a think tank based in the country.

Still, many young candidates say they are hopeful that their peers will vote next year in light of the recent historic political shift.

Stanlious Nhau, a resident of the Warren Park constituency, says he will vote for Sibanda because he knows what young people in his electorate need.

Sibanda agrees. He says he has an advantage that other candidates do not have – his age.

“It is more than important for youths to be in power. A youthful parliament makes progressive policies which address Zimbabwe’s biggest challenge: unemployment of the youth,” he says. 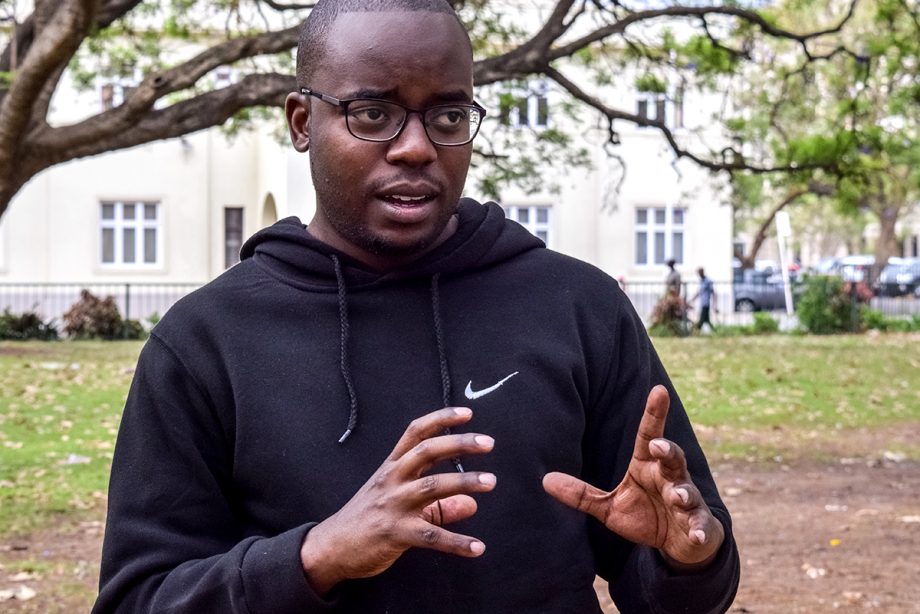 Munyaradzi Nhika explains that the youth make up a small percentage of the legislature and cabinet, in front of Zimbabwe’s parliament building in Harare’s Central Business District.

Munyaradzi Nhika, 28, is running for the parliamentary seat representing the Glen Norah constituency as an independent candidate. Nhika says he is sure that he will secure the votes of young people in his constituency because he can relate to their concerns and interests. But he worries that  ZANU-PF may still wield considerable power.

“If there can be a level political ground for all political participants, then the sky is the limit,” he says. “On the other hand, if ZANU-PF maintains a draconian front then we [candidates] still have a lot [of work] to do.”

Sibanda says he is fortunate to be a member of a political party with a quota system that encourages diversity.

Many of the country’s political parties do not have quota systems that give young people a chance to be elected in primary elections that allow them to represent their party in local government, he explains.

Young people who want to represent their party during elections are usually required to be active members of the party for at least five years, says Tinotenda Mhungu, spokesman for Youth Advocacy for Reform and Democracy (YARD), an organization that promotes youth participation in politics.

Sibanda has been a member of YARD for two years, and Nhika for one.

Young political hopefuls need mentors to show them the way, says Victor Matemadanda, a former politician and the National Political Commissioner for ZANU-PF.

“In ZANU-PF a long time ago, the youths were led by a seasoned adult who guided them and showed them the way,” he says. “A legacy is acquired from the elders; therefore, they are the ones who should lead while youths take notes on how to do things in future.”

A date for approved campaigning has not been announced by the Zimbabwe Electoral Commission, but young candidates remain hopeful that elections will take place next year as scheduled.