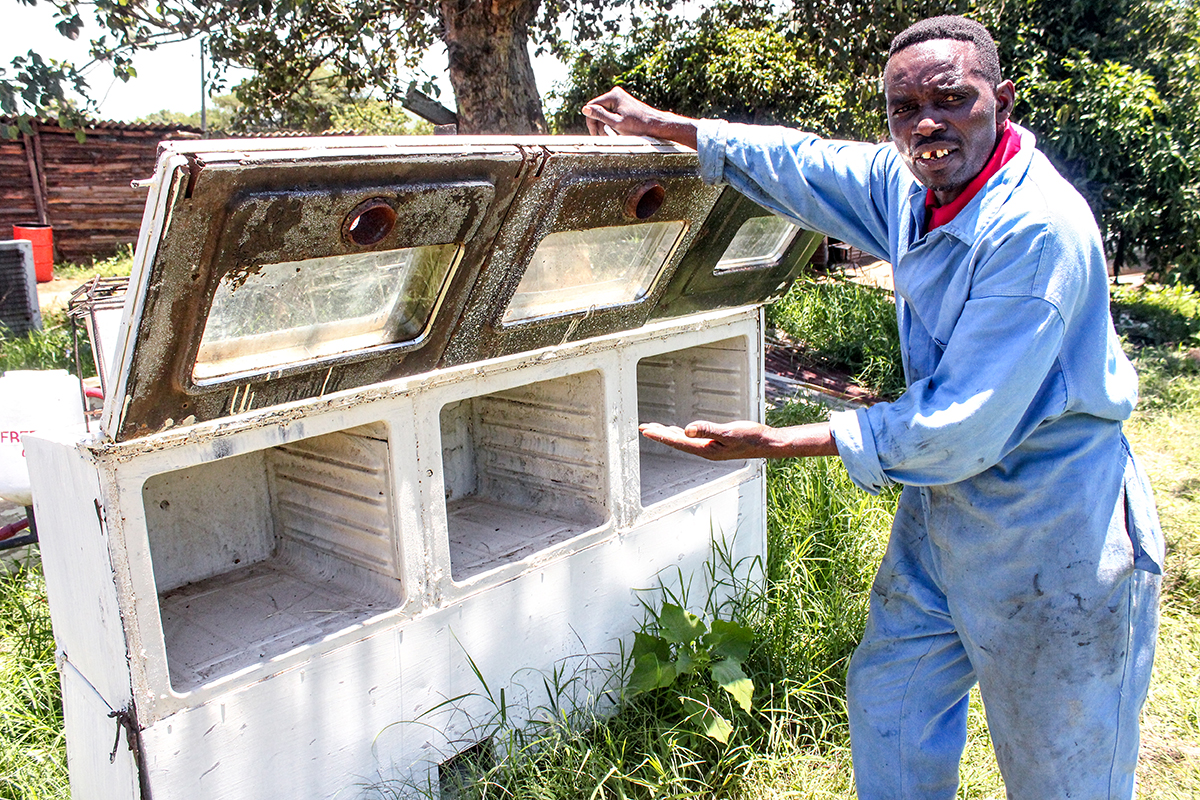 MUTARE, ZIMBABWE – “Every one of my inventions comes to me in a dream,” says Godfrey Mudariki, an artist and inventor.

Six years ago, one of Mudariki’s dreams yielded an invention that solves two different problems: energy and waste disposal.

“After a dream I had, I saw heaps of sawdust lying idle and an idea came to me to create a stove that uses sawdust as energy,” he says.

In Mutare, one of Zimbabwe’s largest cities, timber processors struggle with disposal of heaps of sawdust. Mutare is the provincial capital of Manicaland Province, which is home to many pine and gum-tree plantations, the mainstay of Zimbabwe’s timber industry.

Sawdust is a byproduct of timber processing and is found in abundance here. It is regarded as waste by the Environmental Management Agency (EMA).

In this problem, Mudariki saw an opportunity. 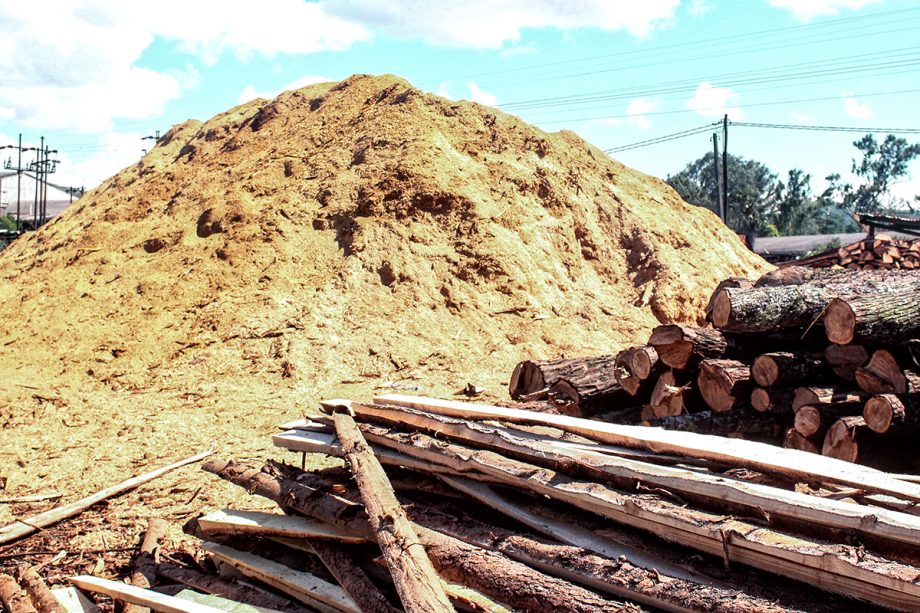 In Mutare, one of Zimbabwe’s largest cities, timber processors struggle with the disposal of sawdust. One local inventor is putting the sawdust to use.

On a visit to the area, Mudariki says he was inspired to learn that sawdust can be acquired for free, unlike firewood, which can be costly. He says he is hopeful that his invention can cut costs for his customers and also reduce the number of trees being cut down for firewood.

“The reason I decided to use sawdust energy was to promote the use of free energy instead of people cutting down trees for firewood, especially during the load-shedding times,” he says of his stove, which went on sale for $20 six years ago.  Since 2012, he has sold more than 1,000 stoves.

Load-shedding refers to when an electric utility deliberately shuts off service to some areas to avoid overloading the entire system. Since 2015, Zimbabwe has had to load-shed electricity when demand exceeds supply. Load-shedding has become more common recently due to Zimbabwe’s ongoing economic crisis, which has created rising debts to South Africa and Mozambique, two neighboring countries that provide electricity to Zimbabwe.

The main alternative to electricity is firewood, Mudariki says. Both sources are expensive. On average, a family of four people needs about $25 for electricity per month for basic uses. Using firewood costs families about $1 per day.

When residents started to hear about the sawdust-powered stove, many were quick to adopt it.

Nester Mufambisi lives in one of Mutare’s high-density suburbs that does not have access to electricity. She says she used to spend a lot of money on firewood until she bought Mudariki’s stove.

“I bought the stove four years ago for $20, and that is the only cost I incurred,” she says.

The reason I decided to use sawdust energy was to promote the use of free energy instead of people cutting down trees for firewood especially during the load-shedding times.Godfrey Mudariki, an artist and inventor

“The advantage of the stove I use is that it also does not emit a lot of smoke which makes our environment safe and clean,” she says, adding that the stove has also raised her environmental consciousness.

“I am against cutting of trees, as trees beautify our environment so I feel by using sawdust instead of firewood I am contributing to saving trees,” she says. “Before I used firewood because I had no alternative but now I stick to sawdust.”

“Sawdust energy has really made life easier for me,” she says. “I have been using sawdust stove for six years now and have saved a lot of money.”

Since sawdust burns mostly smoke-free and at high temperatures, Mutungwazi says that the stove cuts the amount of time she spends cooking.

“Cooking of hard foods like dried beans, round nuts, most traditional foods as well as tripe is so easy with sawdust,” she says.

Kingston Chitotombe, regional manager of the EMA in Manicaland, says Mudariki’s stoves are also solving a major waste-management problem for the region.

“Discarding sawdust was a great concern [we] battle with, and such inventions like the sawdust stove that will put the waste to good use should be encouraged at large scale,” he says.

He says he is hopeful that Mudariki, the only manufacturer of the sawdust stoves in the area, can be successful in taking his invention nationwide.

“I believe the sawdust stove can convert the sawdust piles littering urban centers and forests, if the gadget is well-marketed,” he says. “The sawdust can also be processed into briquettes, which can be used for domestic and institutional cooking. So, in terms of waste management of sawdust, the stove is a noble venture, and we encourage Mudariki to look for investors that will help him brand and market his invention.”

Overall, the understanding of alternative energy sources is limited here, says Solomon Mungure, a researcher and lecturer at Africa University in Mutare.

“We have not taken appreciation of alternative sources of energy like sawdust. Sawdust gives energy in so many ways besides cooking and lighting and should be explored,” he says, adding that adopting sawdust-powered energy is a statement about the values of the community.

“Manicaland can greatly benefit from this alternative source of energy and it will be cheap given there are already heaps and heaps of sawdust lying around in the province,” he says. “We need to take note of the positives of sawdust energy and uphold values that are environmentally friendly.”