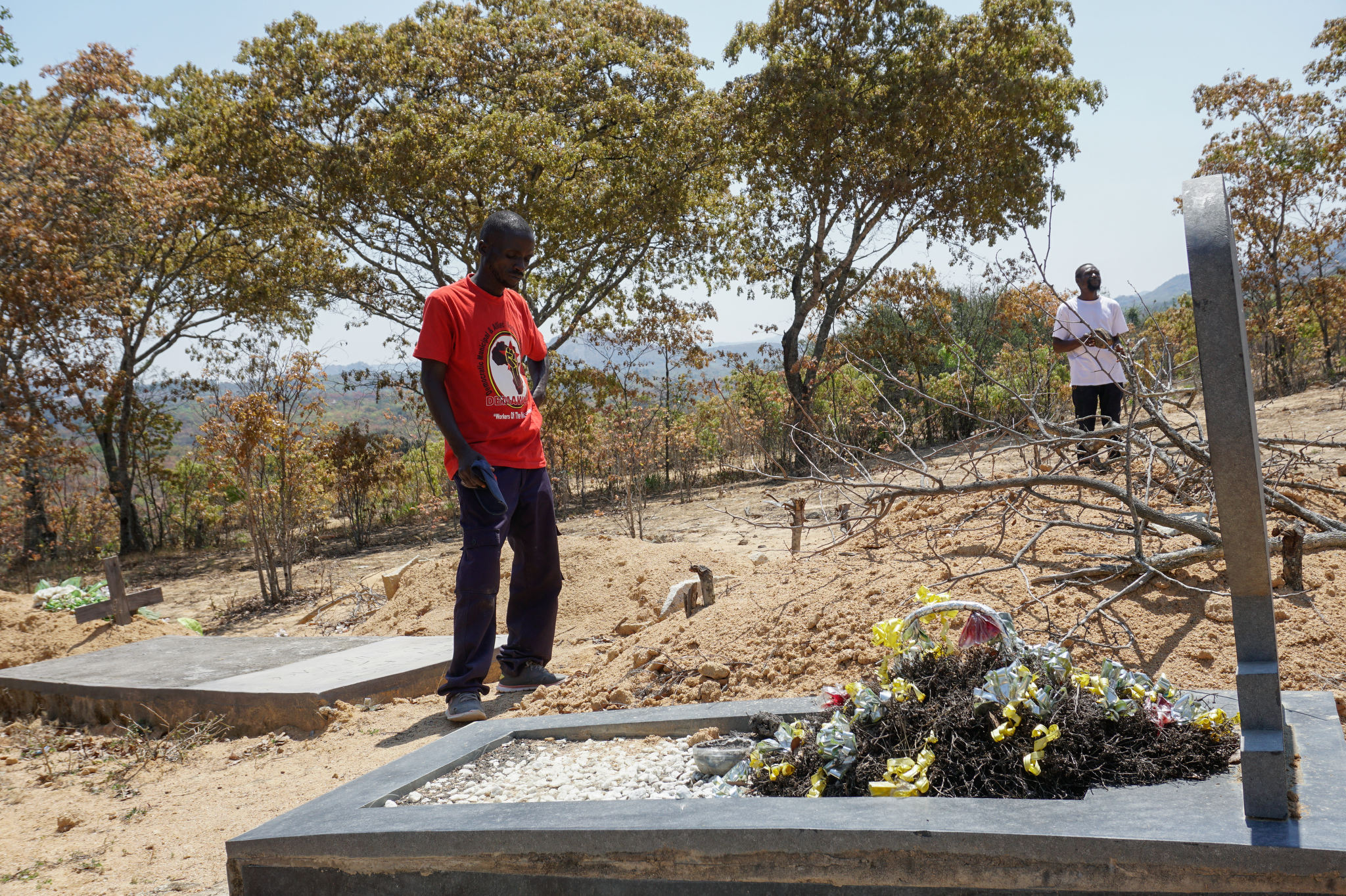 NYANGA, ZIMBABWE — Tears run down Michael Benza’s face as he recalls the deaths of his son Dylan and his nephew’s daughter, Melissa. They were both 7.

“I was away from home, and when I came back, there was mayhem,” he says. The children didn’t make it home from school that day, and many people from the village were searching for them.

They searched all night. The next day, the children’s bodies were found in an abandoned house in the village, along the road children in the area use every day to walk to school. Their throats had been cut, and their blood had been drained, says Paul Nyathi, a spokesperson for the Zimbabwe Republic Police — a sign the killings may have been for ritual purposes.

“It hurts,” Benza says, “that someone decided to kill my child like an animal.”

The killings, which occurred in April, have upended this community of small-scale farmers in eastern Zimbabwe, near the border with Mozambique. And they have sparked a larger national conversation about child safety and the ways traditional beliefs can mislead desperate people.

Some witch doctors and traditional healers in Zimbabwe have long promoted the idea that the blood of young children is pure and can bring blessings and good luck, and that body parts may be used in rituals intended to create wealth.

“Many people are being hoodwinked by callous traditional leaders into believing that the gruesome killing of innocent children, especially their relatives, can bring them good fortune,” says Heaven Munyuki, founder and executive chairman of Mwanachipo Africa Trust, a nongovernmental organization in Zimbabwe that advocates for children’s rights. 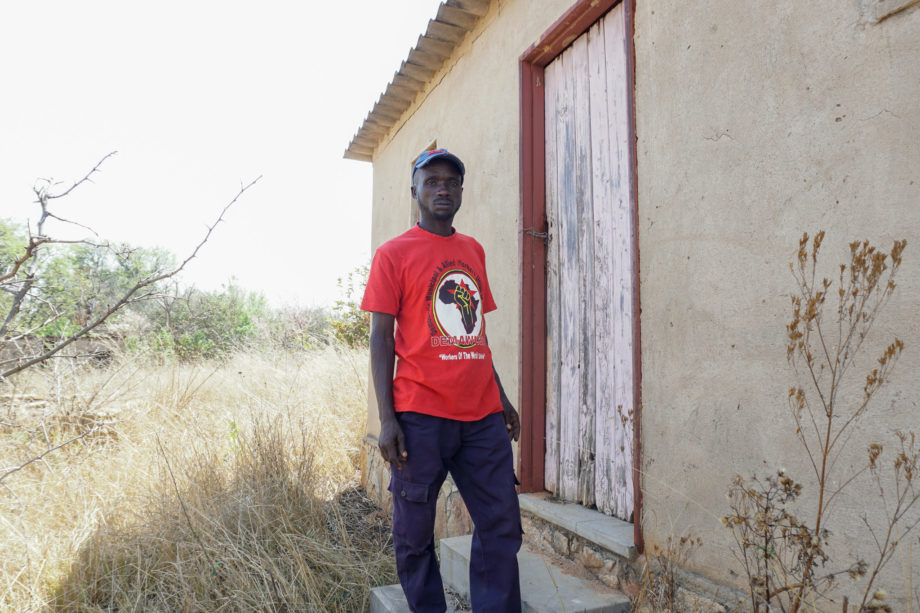 Michael Benza stands at the abandoned house where the bodies of the two children were discovered.

The Zimbabwe National Traditional Healers Association says it doesn’t condone such practices. “We don’t encourage the use of body parts,” says Prince Mutandi Sibanda, the group’s secretary for education and research. “We have a legal obligation not to do so, and if any of our members uses body parts for any processes, they will lose their membership and be prosecuted for that.”

Such beliefs are not widespread in Zimbabwe. But the impact of the coronavirus pandemic on people’s livelihoods, coupled with the worsening national economy, may have prompted some individuals to do the unthinkable in the hopes of improving their financial circumstances, police and child advocacy groups say. Over the past two years, police have recorded five cases across the country in which children were allegedly slain for suspected ritual purposes, Nyathi says.

It’s not the first time that children have been killed in such a manner. But the recent spate of killings has sparked intense interest and discussions on social media, with many people denouncing the beliefs.

“Traditional healers should be sensitized on the right to life that children also have and safeguard their lives,” says John Mhlanga, programs manager at Justice for Children, a nongovernmental organization that provides legal assistance to children and advocates for their rights.

“Many people are being hoodwinked by callous traditional leaders into believing that the gruesome killing of innocent children, especially their relatives, can bring them good fortune."Heaven Munyukifounder and executive chairman of Mwanachipo Africa Trust

Mhlanga says that social media and text messaging platforms have led to heightened concern among the public about the killings and the issues surrounding them.

“With technology development such as WhatsApp, information is now flowing and moving very fast,” Mhlanga says. “People are now starting to appreciate the rights of children and the right to life, so we now have a lot of publicity around these issues.”

Following the slayings in April, Munyuki says his organization launched a national campaign to end the ritual killing of children and is encouraging children to walk in groups and avoid secluded places.

Nyathi says the police also have launched a national campaign that involves public messaging on social media and partnering with organizations that fight for children’s rights. 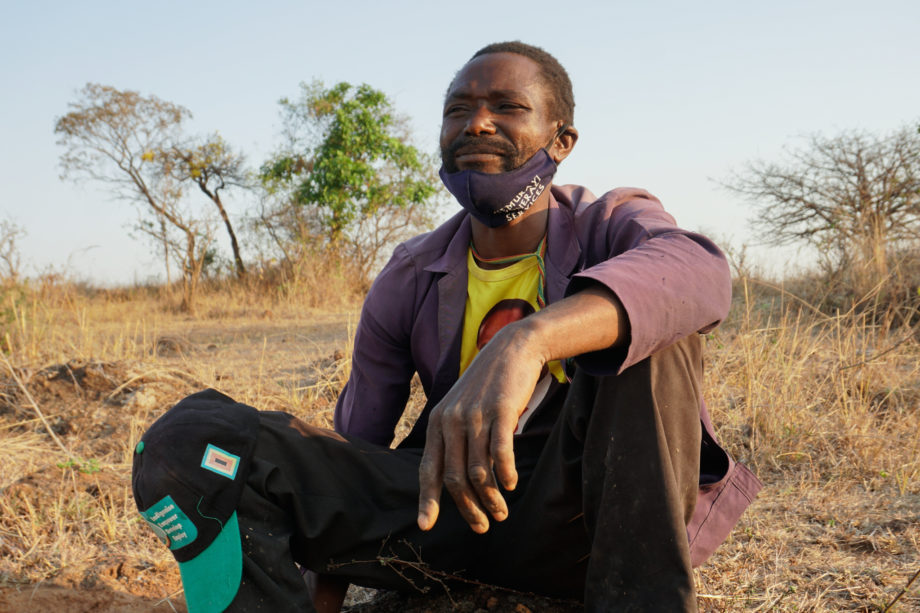 Douglas Benza sits outside his home and recalls how he and other villagers spent the entire night searching for the missing children.

In Nyanga, residents are still struggling to make sense of the killings. Charles Manyama, a village head, says what happened was unheard of and something he has never witnessed before.

“We were shocked,” he says. “To even talk about it today is traumatizing.”

In April, police arrested two men who live in the village and charged them with the murders. They are being held in jail pending trial, Nyathi says. It was not possible to speak to the men directly, but Barbara Munyawarara, the wife of one of them, says that police have wrongfully accused her husband and that he was home with her the night of the killings.

For the parents of the slain children, the lack of closure has felt agonizing. Benza’s nephew, Douglas Benza, says Melissa’s death has left a deep wound in his heart, and his life has not been the same since.

According to tradition, when people die their clothes and belongings pass on to relatives to wear and use in their memory. Douglas Benza gave his daughter’s clothes to his nieces.

“I sometimes cry just by looking at the kids wearing her clothes,” he says, “and always wish if she was around, she would also be playing like other kids.”