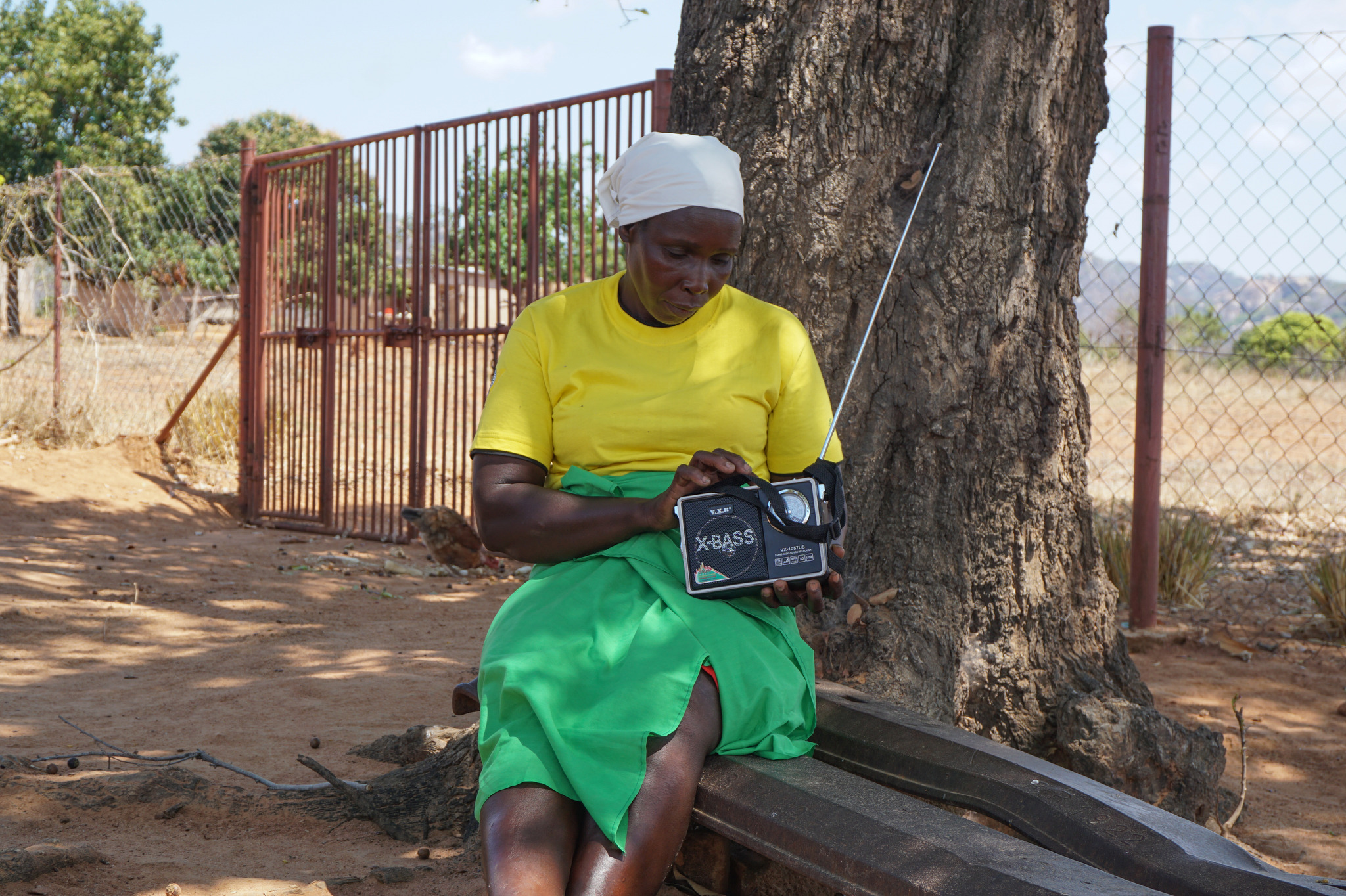 MUTARE, ZIMBABWE — A few minutes before 7 p.m. on a chilly September evening, Violet Chisango fumbles with the small solar-powered radio she bought 15 years ago. After checking that the battery is full, she tunes in to Voice of America’s “Studio 7.”

She has waited all day for the local news on this pirate radio station, beamed 13,000 kilometers (around 8,000 miles) to her home in Zimbabwe’s southeastern Masvingo province via a shortwave frequency from the United States.

“‘Studio 7’ is reliable,” she says. “This is where I have been getting information on issues about coronavirus.”

Without her trusty radio, she would not have learned that vaccines had become available — and gotten her shot last summer. These evening broadcasts, on the only signal strong enough to reach her home, also keep her family informed about school closures and cyclone warnings; she shares whatever she hears with her neighbors, too.

Chisango is one of millions of Zimbabweans with limited access to news due to a combination of the government’s tight control over broadcasting licenses, inadequate communications and electrical infrastructure, and the high cost needed to amplify the few existing, distant signals. This information gap can be life-threatening for rural communities — home to two-thirds of the country’s 15 million people — left in the dark about COVID-19 and the spread of the new omicron variant, natural disasters and other threats. 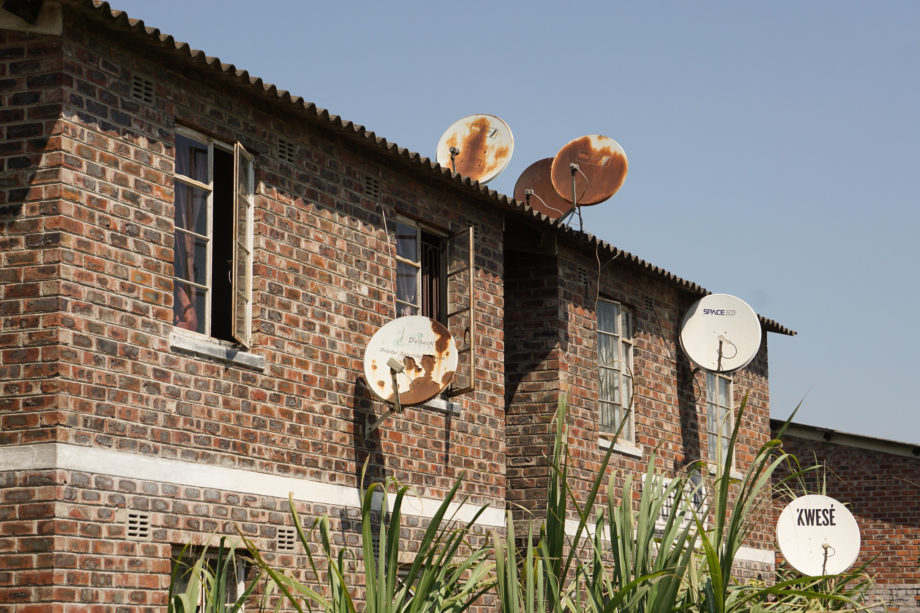 Satellite dishes adorn almost every rooftop in Mutare, ensuring households can receive a range of local, regional and global news and entertainment. This technology is out of reach in rural areas.

In Chimanimani, a village in eastern Zimbabwe, Moses Muyambo missed Cyclone Idai broadcast alerts in March 2019 and badly injured his legs when floodwater swept him away. Determined to keep residents safer in the future, community leaders have been working on plans for a local radio station, which was granted a license earlier this year, says Panganai Chirongera, a town councilor.

In cities, Zimbabweans with disposable income and stable electricity can get news from a range of national TV and radio stations, satellite channels and internet services. Satellite technology costs about 9,200 Zimbabwean dollars (ZWL) ($100) for one household, with monthly subscription fees starting at 644 ZWL ($7). The average urban household earns about 15,805 ZWL ($172) a month, according to a December 2020 Zimbabwe Vulnerability Assessment Committee report. In contrast, an April 2020 survey by the committee reported the average rural household earns just 3,036 ZWL ($33) a month.

Access to information is a human right, one that has been denied to the majority of the country, says Noveti Muponora, a legislator for Mount Darwin North, a district 160 kilometers (99 miles) northeast of Harare.

“In my area, they are tuning to Mozambique radio stations or pirate radio stations,” he says, adding that he has continuously appealed to the Broadcasting Authority of Zimbabwe, which oversees the country’s airwaves, for the installation of boosters so that Mount Darwin residents can receive TV and radio signals.

After maintaining tight control over radio and TV broadcasting rights since independence in 1980, Zimbabwe’s government has begun responding to the rising tide of local and global voices advocating for more accessible and affordable sources of news. 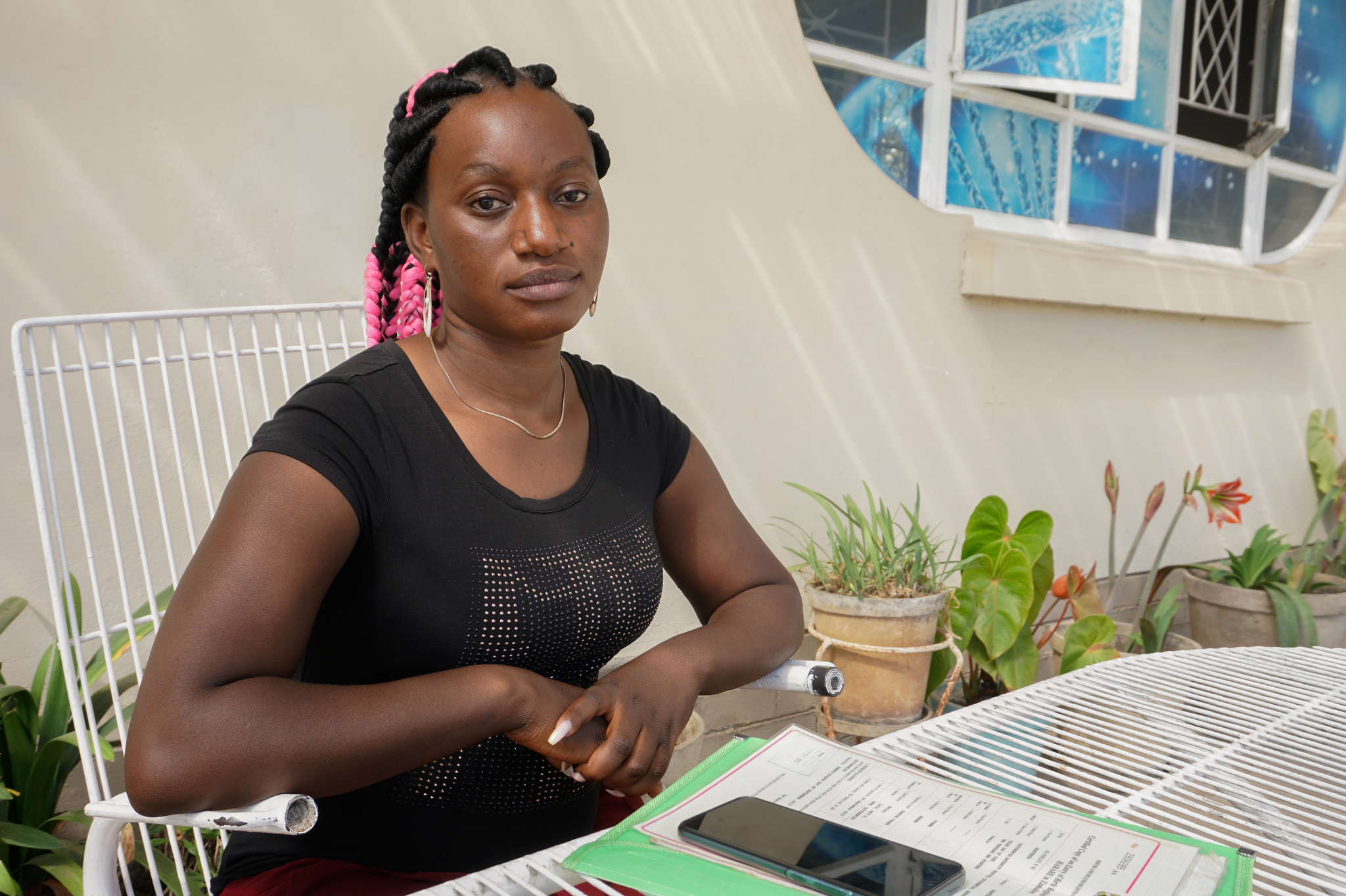 The Digital Terrestrial Television Project (known as ZimDigital), working to upgrade Zimbabwe’s broadcasting grid, is 40% complete with 18 of 48 TV transmitters updated and five of 25 radio transmitters installed, according to a May report compiled by the government and the United Nations. The project began in 2015, based on recommendations from the International Telecommunication Union, a U.N. agency specialized in information technologies, and has been allocated 684.7 million ZWL ($7.6 million) toward completion this year.

While acknowledging that the project has taken longer than expected, the broadcasting authority’s acting Chief Executive Officer Matthias Chakanyuka expresses confidence that the results will significantly improve information access for rural Zimbabweans.

Even if broadcast signals could reach every household, however, not all Zimbabweans would be able to listen. Less than half of respondents to a 2019 household survey conducted by UNICEF and Zimbabwe’s National Statistics Agency reported having a TV or radio in their home; less than one-third reported having internet access on any device.

The cost and scrutiny required for a broadcasting license also has a chilling effect on prospective news sources. The broadcasting authority application fee for a national radio or TV station’s 10-year license costs $2,500, followed by a $7,500 public inquiry fee; the annual renewal fee costs $15,000 for radio to $18,000 for TV stations, respectively.

“Diversity is needed especially during the global coronavirus pandemic, where communities need access to information in a manner they can understand,” says Patience Zirima, director of Media Monitors, an organization that identifies and analyzes editorial and advertising trends.

“Diversity is needed especially during the global coronavirus pandemic, where communities need access to information in a manner they can understand."Patience Zirima director of Media Monitors

In Zimbabwe, the government has a disproportionate amount of control over broadcasting licenses and station management, according to the 2021 Media Law Handbook for Southern Africa, published by Konrad-Adenauer-Stiftung, a German political research foundation. “International best practice requires that an independent regulatory authority license broadcasting services and associated frequencies,” the report says, noting that Zimbabwe is among countries that have laws “establishing a public or national broadcaster, but these do not operate as public broadcasters because the boards of all of them are appointed by members of the Executive.”

Critics like John Masuku, executive director of the pirate Radio VOP station based in Bulawayo, the country’s second-largest city, complain that licenses are granted more quickly to applicants with political connections and that rural communities remain underserved.

After two rejections, Masuku says that Radio VOP has opted to focus on using internet platforms, such as podcasts and social media, but he applauds the ongoing advocacy efforts of other stations and community leaders to expand the public airwaves.

“It took ages,” he says. “But we are happy that it has happened.”