HARARE, ZIMBABWE — As Zimbabwe’s economy craters and salaries lose their value, everything — including free basic services — has a price.

Many residents have a story of a back-door, or “grease,” payment they made to obtain a license plate, driver’s license, passport or even to access public education. These bribes help smooth transactions and speed up services that should have a minimal cost.

Although such payments aren’t new, they are increasing in frequency as two decades of political and economic turmoil continue to wipe out the country’s currency and decimate its financial system. This has widened the divide between those who can buy convenience and those already struggling who are set back further. And it threatens the integrity of a system once renowned in east Africa for its qualified civil service.

“When someone says they want me to buy them a drink when providing a service, I know what they mean,” says Ben Gangazhe, a slender easy-talker who runs a bus-driving business in Harare, Zimbabwe’s capital. These payments, he says, have become a part of his life.

President Emmerson Mnangagwa came to power in 2017 promising to change the corrosive system under longtime President Robert Mugabe. But the economy has spiralled downward, and corruption in the public sector has only become more prominent. The currency continues to erode, and inflation is rampant, vaporizing pensions and making basic goods prohibitively expensive.

Bribing has become an expected way of doing business in Zimbabwe, especially in the public sector, according to a 2017 study published in the International Journal of Advanced Research and Publications. Transparency International, a Berlin-based nonprofit focused on addressing systemic corruption, has ranked Zimbabwe 158 out of 180 countries for levels of corruption.

Commissioner John Makamure, spokesperson for the Zimbabwe Anti-Corruption Commission, a watchdog group whose members are selected by the president, says the institution has created anti-corruption campaigns and is investigating hundreds of cases, many aimed at attacking the issue in the public sector.

But back-door payments persist. Here are some of the most common ways they filter through society. 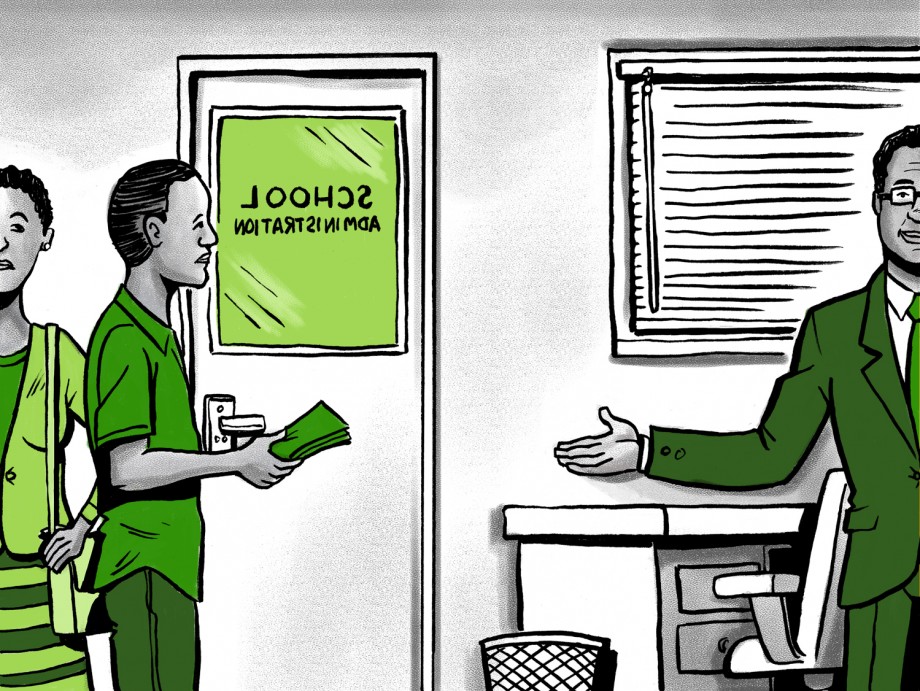 Tendai Sekiwa wanted to send his 6-year-old son to the local school, but administrators told him on a visit that they had no space.

Then another parent, who was buying a school uniform for his child, suggested a small contribution to the financial administrator and teacher. Sekiwa paid a total of $120 to the two people. His child started school.

“It’s a syndicate,” he says. “I really didn’t even have an option because this is the only school near my house, so I was desperate.”

An urban, low-income family of six needs about 21,000 Zimbabwean dollars (ZWL) ($258) a month to survive, according to a September survey by the Consumer Council of Zimbabwe, a consumer watchdog organization.

Caiphus Nziramasanga, who has worked in Zimbabwe’s education sector for more than four decades, says integrity is diminishing amid economic chaos.

“This is a national problem,” he says, “as we are not putting much emphasis on the welfare of the teacher.” 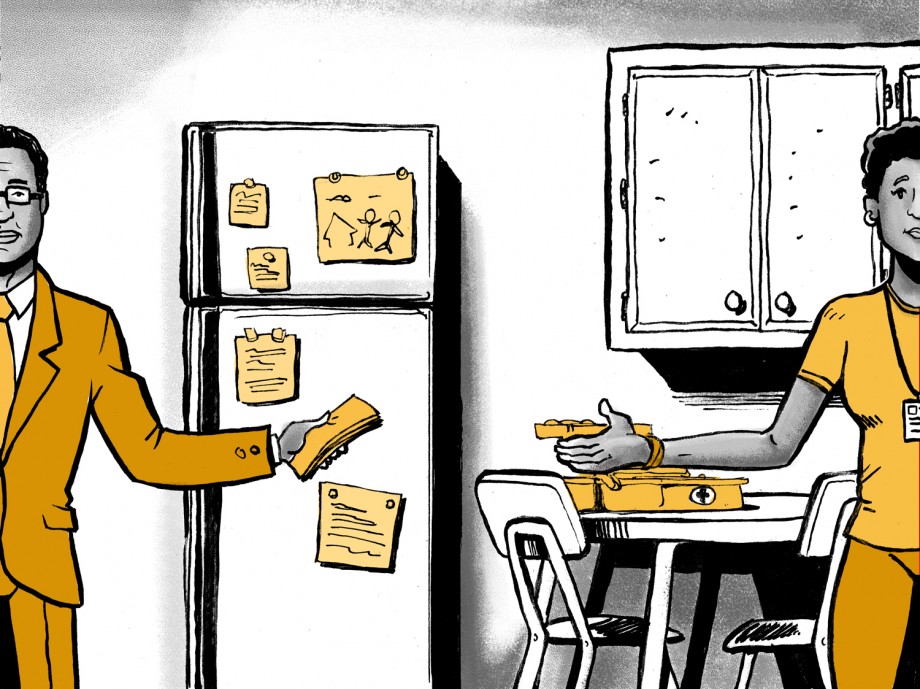 Kudzanai Mawowo’s daughter has been sick for months with an unknown disease.

The 37-year-old suffers memory loss and can’t walk. Her body aches, and she is losing weight rapidly.

Mawowo, a vegetable vendor, needed 3,500 ZWL (about $43) for her daughter’s treatment and couldn’t afford the hospital costs. So she turned to nurses in the neighborhood who sell cheaper medicine and other medical supplies, often stolen from hospitals.

Chipo, a nurse who asked to use only her first name out of fear for her job, says she sometimes takes supplies such as bandages, razor blades and wound dressings from the hospital and resells them.

She earns 15,000 ZWL (around $184) a month, and says she feels justified because the money she makes isn’t sufficient to cover food, electricity and bus fare. She’s doing it to live, she says. 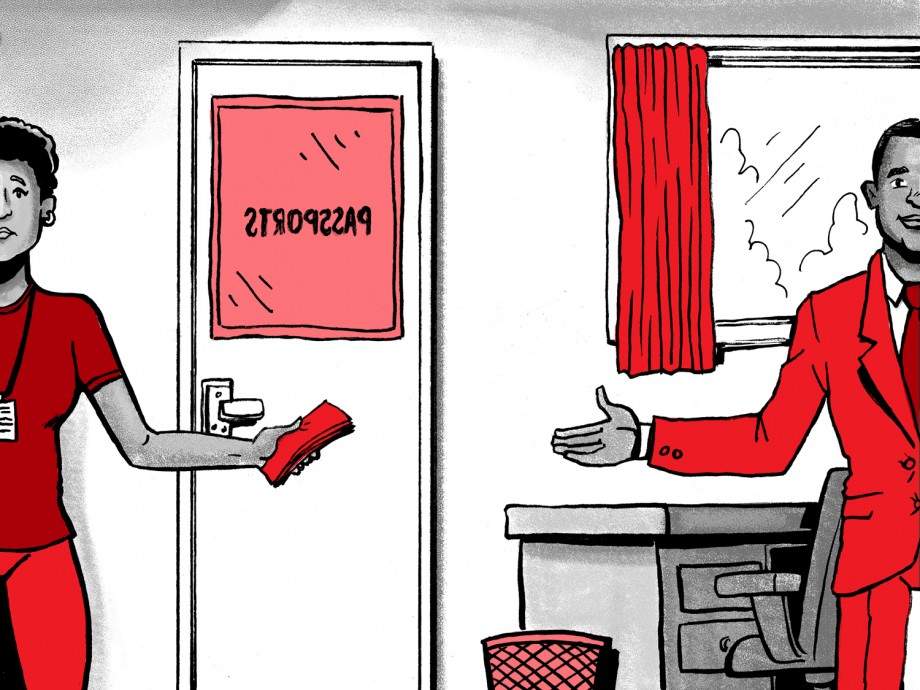 Petudzai Tirivangani, who buys clothes in Tanzania and South Africa for resale in Zimbabwe, applied for a passport in 2018.

When nothing came of her application, she went another route. A relative referred her to someone at the passport office, who told her to pay $80 to accelerate the process.

Tirivangani says she felt let down by the government and helpless. To raise the money, she took on another job as a maid for seven months.

“If I hadn’t paid the initial $80 back-door fee, I don’t think my passport would have been printed anytime soon,” she says. “Some of the people that I applied with in 2018 are still waiting.” 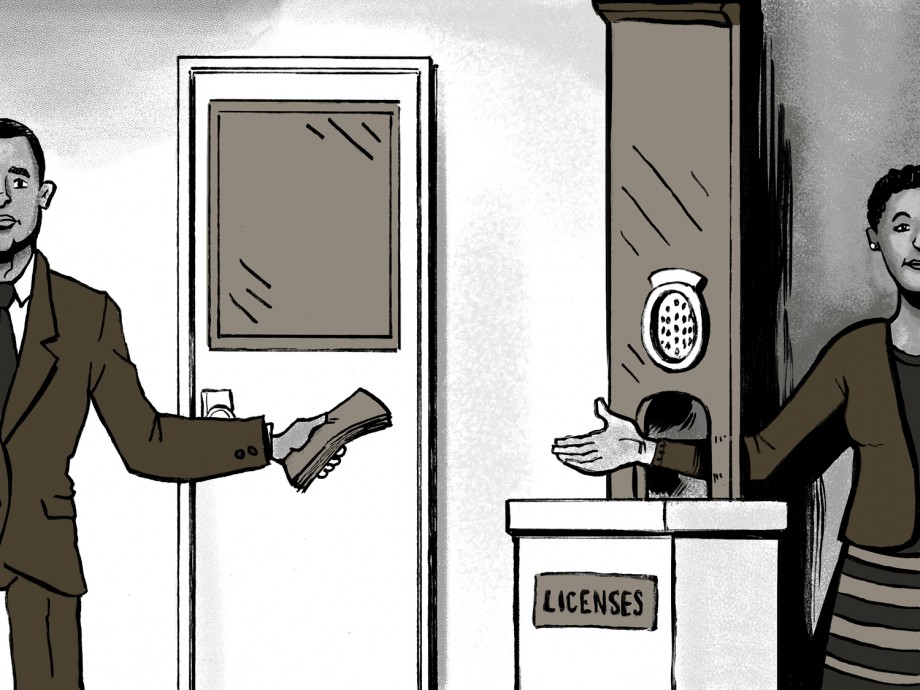 Brian Mukwindidza couldn’t obtain a license plate last year for his Harare minibus because of a government backlog. That didn’t stop police from hounding him.

“Whenever we would be stopped by the police, we knew the issue they were going to raise,” he says.

The government lacks the foreign currency to purchase license plates. The application backlog stretches to nearly 60,000, says Oscar Gorerino, chairperson of the Parliamentary Portfolio Committee on Transport and Infrastructure Development. Owners of new vehicles often drive around without them.

“We devised mechanisms of either bribing the police or running away from them,” Mukwindidza says. 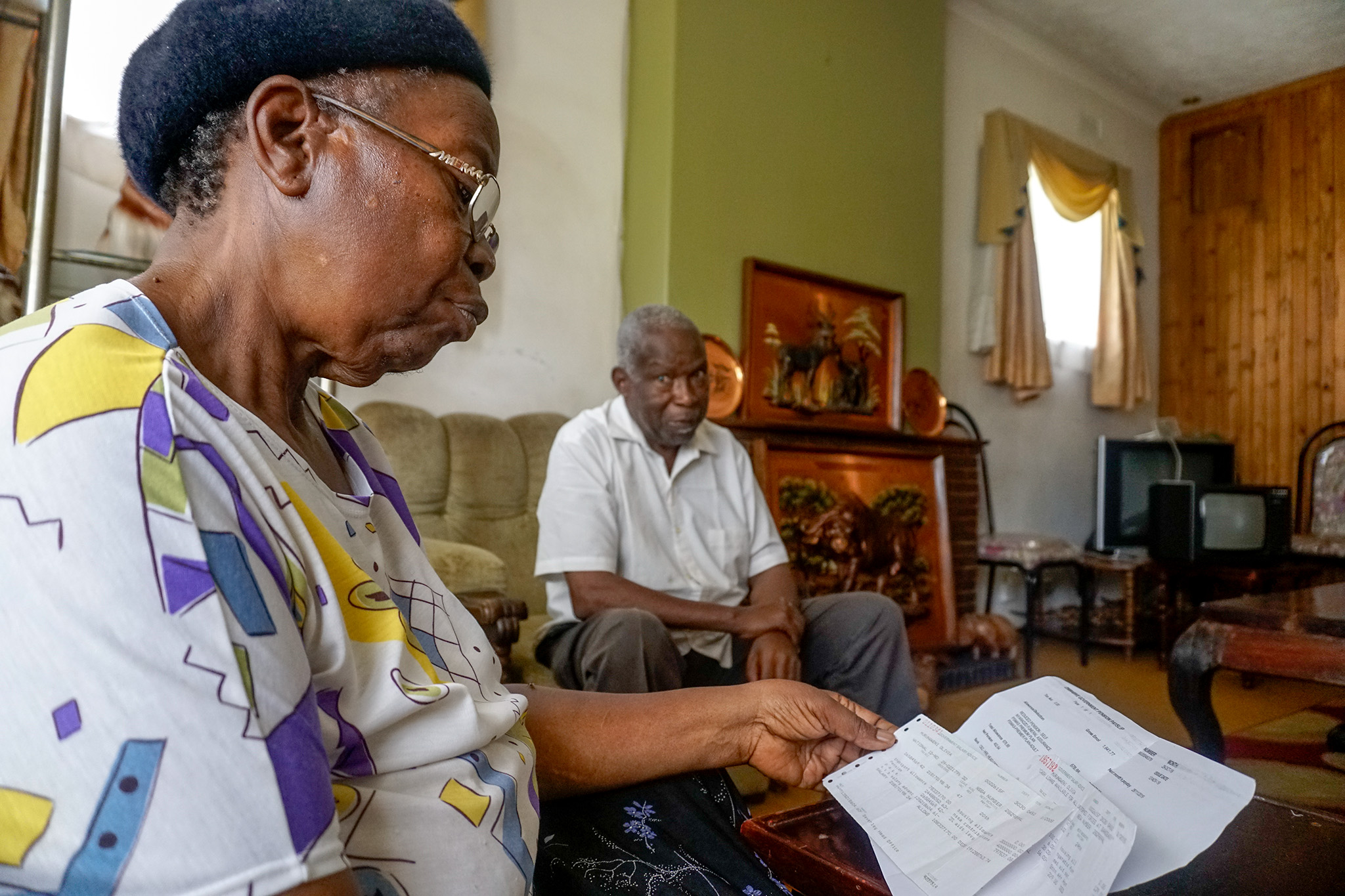 He quietly paid $120 at the advice of other minibus operators. He got the plate.

Residents find it just as difficult to obtain a driver’s license.

Daniel Moto graduated from high school and planned to get his driver’s license before starting university. It was a symbolic move, an accomplishment as the 19-year-old stepped into adulthood.

The license instructor told him to pay $60 to pass, he says. “The money that one pays is to make the examiner turn a blind eye on the mistakes that an examinee makes while on the road.”

But he worries about a system where rules don’t matter. “When people know that they can always pay to get a service, they don’t do their best in any situation,” he says.

“We will end up having lots of bad drivers.”