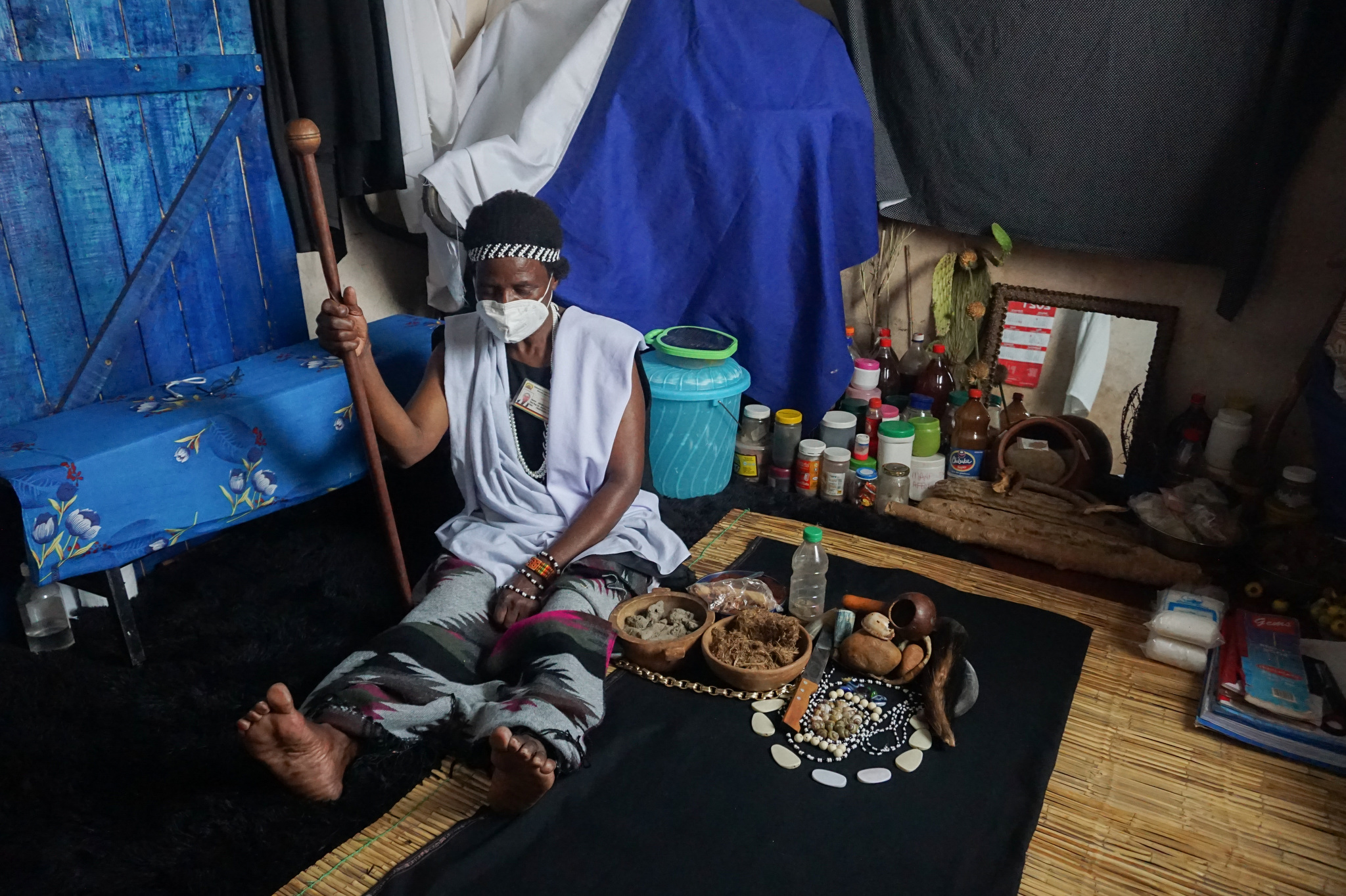 For Soko, a hairdresser in her late 30s, the quest for a son and a safe, easy birth led her to seek professional help — from an herbalist.

Inside a private house in Chitungwiza, 25 kilometers (15 miles) south of central Harare, she paid $15 for a consultation with Sikhonzani Shoko and a package of “kuvhura masuwo,” the Shona term for traditional childbirth medicine ranging from herbal tea to elephant dung.

“There were no stitches, no operation and no complications,” she says, after giving birth to a healthy boy.

While satisfied, Soko remains discreet about her experience — she asks to be identified by the word for “monkey,” her clan’s emblem — because she belongs to a Pentecostal church opposed to traditional healers.

Religious restrictions and the medical community’s increasingly vocal warnings that kuvhura masuwo is connected to the country’s high infant and maternal mortality rates have slowed Shoko’s sales in recent years. But, she says, she still gets plenty of customers.

An estimated 70% of women across Zimbabwe use kuvhura masuwo, according to research published in 2019 by Clinics in Mother and Child Health, an international academic journal. In Harare, a survey of 248 women in public maternity clinics found that 52% had used some form of traditional medicine. Medical providers say usage among urban, professional women is underreported, however — making it difficult to combat a practice that endangers thousands of lives each year.

“Most of them get the herbs from elderly women in their family who sternly warn them not to divulge the information to health care workers,” says Emmanuel Mahlangu, a trained midwife for 14 years who previously led the Zimbabwe Confederation of Midwives. 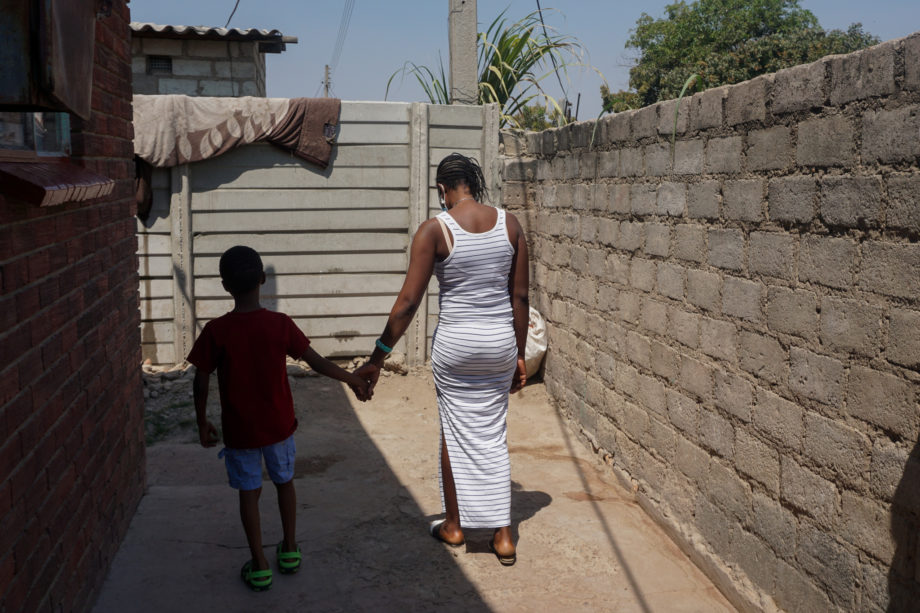 Soko, who went against her church’s teachings and doctor’s advice in using traditional medicine, says the practices ensured the safe, healthy birth of her youngest child, a boy who is now 6.

Zimbabwean women may use more than a dozen kinds of kuvhura masuwo during pregnancy, including elephant dung soaked in water, cooking oil, moringa leaves, sand and water from spiritual shrines. As their due date approaches, some also try squatting over burning herbs to ensure a shorter labor.

“Childbirth is natural, the body prepares itself and does most of the work, there is no need to use these herbs,” Mahlangu says but adds, “Beliefs are stubborn.”

They can also be fatal. According to World Bank data, Zimbabwe ranks 34th for infant mortality and 23rd for maternal mortality rates. Nearly one-fourth of women give birth outside formal health care settings, increasing their risk of obstetric fistula, a serious injury that almost always results in stillbirth, according to a 2021 Amnesty International report. One factor is the rise of Apostolic sects — many of which condemn modern medicine — that account for one-fourth of Zimbabwe’s population, according to a 2019 survey conducted by the Zimbabwe National Statistics Agency and the United Nations Children’s Fund, or UNICEF. Kuvhura masuwo is another.

“Using these herbs often causes adverse pregnancy outcomes, as they stimulate the uterus in an unnatural way, causing precipitate labor,” says Maxwell Chimhina, an obstetrician and gynecologist in Zimbabwe for more than 10 years. Risks for the baby can include brain damage from restricted flow of oxygen. For the mother, they include excessive tears, hemorrhaging and permanent bladder damage. 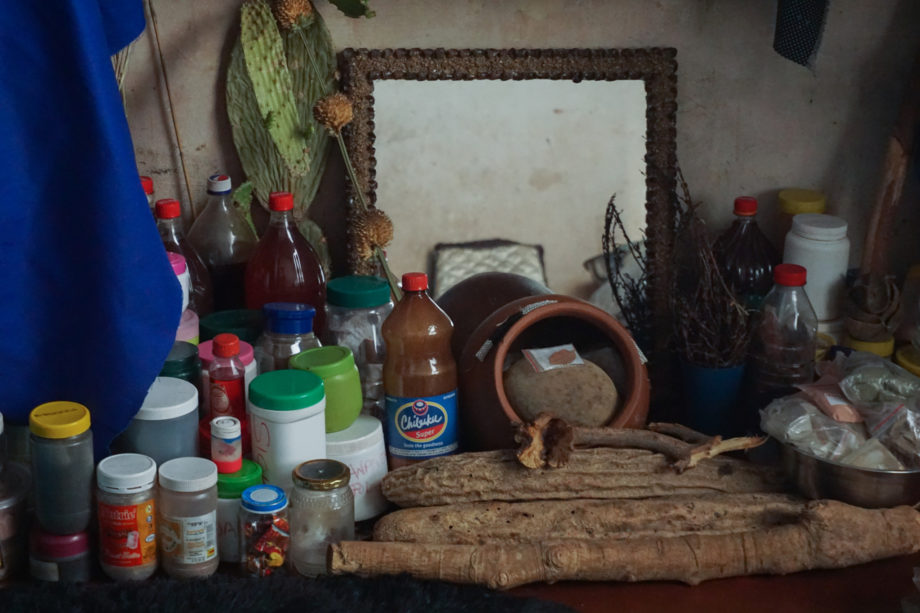 Zimbabwe’s traditional healers offer an assortment of traditional medicines for pregnancy and childbirth, known as kuvhura masuwo in the Shona language. Items may be ingested, burned or used topically, depending on the healer’s instructions.

Shoko, a healer for more than 40 years, says that doctors, midwives and women who blame kuvhura masuwo for childbirth complications haven’t studied or used the techniques properly.

“How were women giving birth before modern science? These traditional herbs were always used, and their efficacy has been proven for several generations,” she says.

One small study, conducted in 2020 at the University of Zimbabwe, explored the effects on pregnant rats of elephant dung and the herb fadogia ancylantha, treatments commonly used as kuvhura masuwo. Researchers reported that dung did induce labor but the herb slowed contractions — a dangerous complication connected to most cases of excessive bleeding, according to a 2020 medical study by Mpilo Central Hospital in the city of Bulawayo, 439 kilometers (272 miles) from Harare, the capital.

More women have also begun publicly sharing disappointing experiences with kuvhura masuwo, although in doing so they risk stigma from both sides. 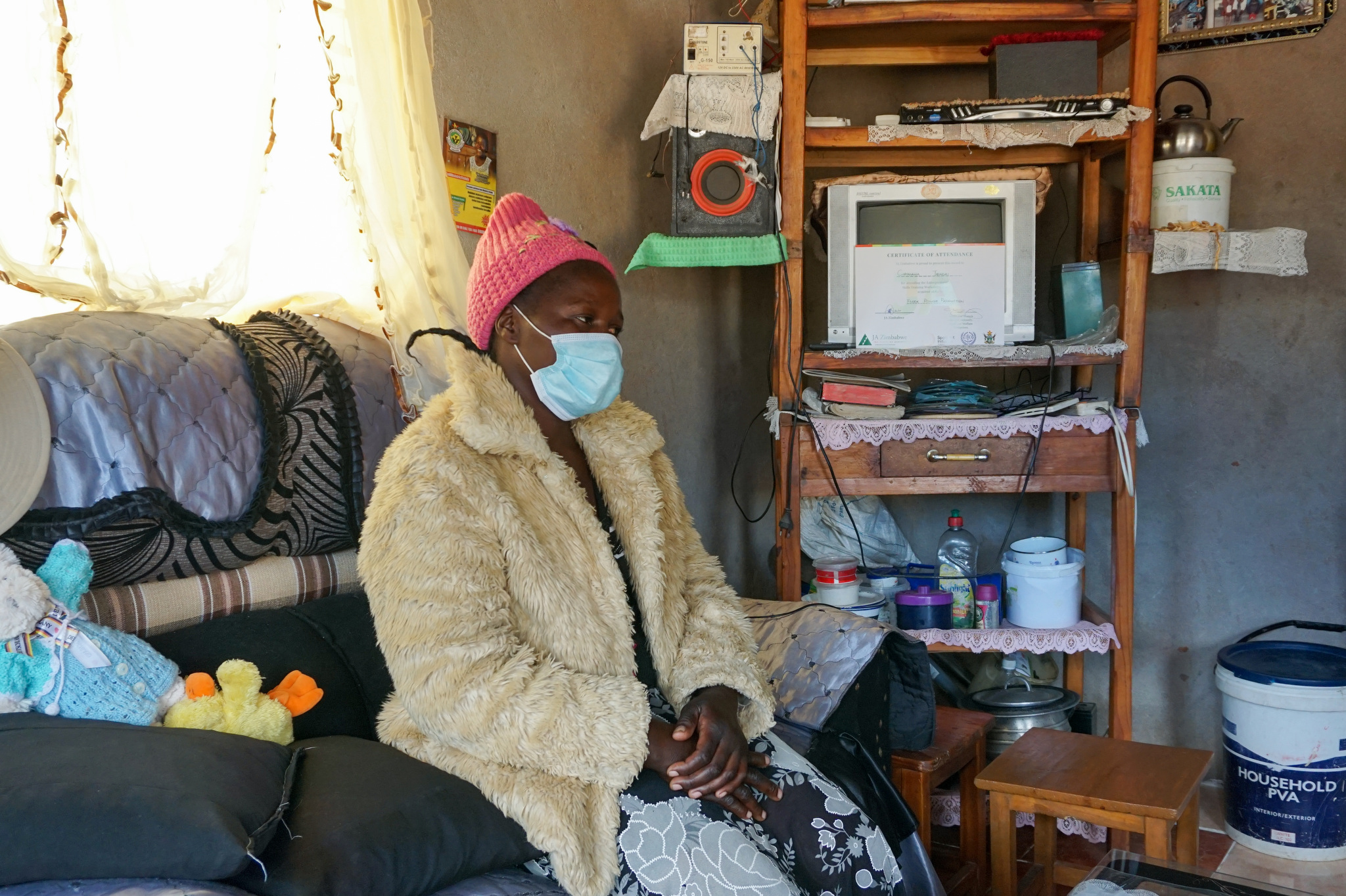 Esnath Manhende, 24, from Gweru, a city 277 kilometers (172 miles) southwest of Harare, says she obediently drank a cup of warm water, two tablespoons of cooking oil and a special herbal tea every day of her pregnancy to ensure a smooth delivery. She still had a long, painful labor and required stitches.

“I did not see the use of using all the things I used,” she says, adding that she is grateful she and the baby survived and vows never to use kuvhura masuwo again. “Our mothers taught us this. I don’t think it helps.”

White Ribbon Alliance, a global health organization that works with hospitals and midwives, counsels Zimbabweans on healthy pregnancies. Since 2012, the national chapter has worked with more than 5,000 women in Harare, Bulawayo and Kwekwe, a city in central Zimbabwe. In WhatsApp groups with nursing and pregnant women, kuvhura masuwo dominates the conversations, says Geraldine Nyaku, the organization’s national coordinator.

Even among urban, professional women seeking hospital births, she says, traditional customs persist due to family pressure from older generations of women. “We are taught to respect our elders.”

Traditional healers and medical providers do agree on two points: kuvhura masuwo isn’t going away, and more research should be done to determine which versions are more beneficial — or less harmful.