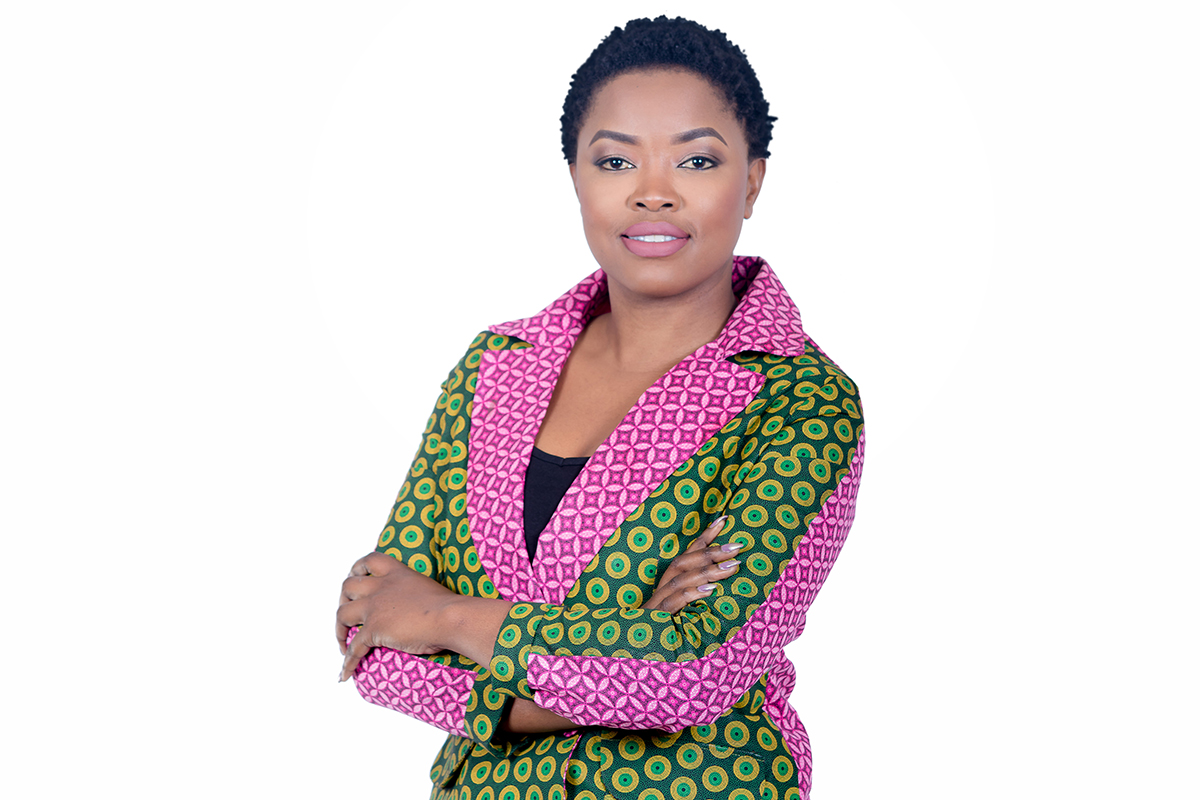 BULAWAYO, ZIMBABWE — When Vimbai Musvaburi announced her bid three months ago to run for public office as an independent in a country ruled by political parties, the 35-year-old nurse-turned-model was unknown to the electorate.

In the months since, she has gone door to door, working to win votes in Bulawayo South, the constituency she hopes to represent in Parliament after the 2018 election. But she has been criticized for the decade she lived outside Zimbabwe and questioned for challenging a well-known incumbent. But she says her political momentum is growing, especially among Zimbabwe’s young voters, who may hold the key to the upcoming 2018 election. The last two elections in Zimbabwe, in 2008 and 2013, were marred by low voter turnout, allegations of fraud and politically-motivated violence.

Global Press Journal sat down with Musvaburi to discuss her platform, which is unlike most other candidates here. With a cash shortage that has crippled the economy and unemployment rates as high as 90 percent, according to some estimates, says she’s not promising jobs, or anything at all.

Typical interviews with politicians in Zimbabwe don’t start on time. And like a true politician already, Musvaburi strode in 50 minutes late. After some small talk over this reporter’s pregnant belly, the interview began.

GPJ: Let’s talk about what you are offering the electorate.

VM: Well, I am certainly not offering 2 million jobs. We need to change the narrative in politics. What I am offering is servant leadership. Let us not define what we will do for the people – this is a tired line. I am going to be that member of Parliament who is willing to work with people at [the] grass roots to bring solutions to the problems we have at the moment. I am not promising anything.

GPJ: This is your first political race, and you have chosen to go up against the well-known economist and long-time member of Parliament for Bulawayo South Eddie Cross. He won in 2008 and doubled his margin of victory in 2013, according to his biography on his website. Some people say you made a mistake in choosing this constituency.

According to the UNFPA, 62 percent of Zimbabwe’s population is under the age of 25.

VM: I know where every pothole or cut tree is in Bulawayo South. Eddie Cross is [77] and will turn 80 in power if he wins, which he will not. By all means, he is an economist and I am not. But he is not new blood, and I am. I need his expertise; I need his mentorship – but he cannot represent the 64 percent of young people in Zimbabwe.

GPJ: You have been criticized by some competitors about the time you spent living outside of Zimbabwe. Some have even painted you as being out of touch with the suffering of Zimbabweans. Are those criticisms valid?

VM: The attacks are not valid. Exposure to other people’s countries actually makes you snap out [of it] and wonder what is wrong with your own country. When you realize how life is different in other places, it ignites the passion. Evan Mawarire (the pastor-turned-political activist who created the #thisflag social-media campaign that challenged President Robert Mugabe) was not in the country for a while. Fadzayi Mahere (a lawyer and human-rights defender who is also running to be a member of Parliament in 2018) has studied outside the country.

I left the country when I was 17, and of the 10 years I was away I came [home] almost three to four times a year. After applying to live indefinitely in the UK, I just decided I wanted to go back home in 2008 – the hardest time in Zimbabwe. I queued for cooking oil, sugar, mealie-meal – you name it.

GPJ: Your professional trajectory has been interesting: modeling, nursing and now politics. How did that happen?

VM: I have been shifting all my life. When I went to England, it was almost as if I didn’t have a choice. A lot of Zimbabweans [who] went [abroad] at that time went into nursing, where one was being paid well to be a nurse. I do not regret it, though. In my constituency, there is a mental hospital (Ingutsheni), and I have experience in mental health, so that’s a plus for me.

Coming to modeling was by default. When you are tall, slim and beautiful, people always suggest that you become a model. I found myself in a black-hair magazine and other contracts after that.

I let life happen, but my heart was in entrepreneurship. At 21, I opened the first Zimbabwean hair salon in Leicester (a city in England’s East Midlands region) and then a fashion consultancy business.

In politics, you don’t have to be politically astute only. The diversity [of my past] matters.

GPJ: What is the role of young people in taking Zimbabwe forward?

VM: It’s two-faced really, but age does matter. The person who represents the digital or IT sector must be someone young and someone in touch. So it’s not about being old and wise. What works now, at this very moment, is certainly the young blood.

GPJ: Tell me about your campaign strategy regarding social media. Are the voters on social media?

VM: Social media is mostly 5 million Zimbabweans in the diaspora who have ease of access to the internet. However, that said, my launch was live streamed on Facebook, yet people in the rural areas got access to it. That was a sign that the use of social media can be powerful. But to your question, the voters are in their homes, and reaching every single one of them matters. That is why I am doing a door-to-door campaign. I am going to get into each and every home of the 40,000 homes in Bulawayo South.

According to the Zimbabwe National Statistics Agency, the population of Bulawayo South was 41,718 as of the 2012 national census.

GPJ: What is the future of Zimbabwe after the 2018 election?

VM: All I can say is it’s about to get exciting. It’s “a quarter to” for Zimbabwe. Things are happening.

GPJ: Last question: Do you have any worries over alleged vote-stealing?

VM: By MDC? [Movement for Democratic Change Zimbabwe – Tsvangirai is the main opposition party in Zimbabwe.]

VM: By all means, I am going to win. But if MDC wins and takes the seat, it’s all good – all we need is change [from the current ruling party]. Regarding the rigging, we all know they are working on it, but they can only do so much. In the last election, less than 2 million people voted; if 5 or 6 million people vote, you can only rig so much.