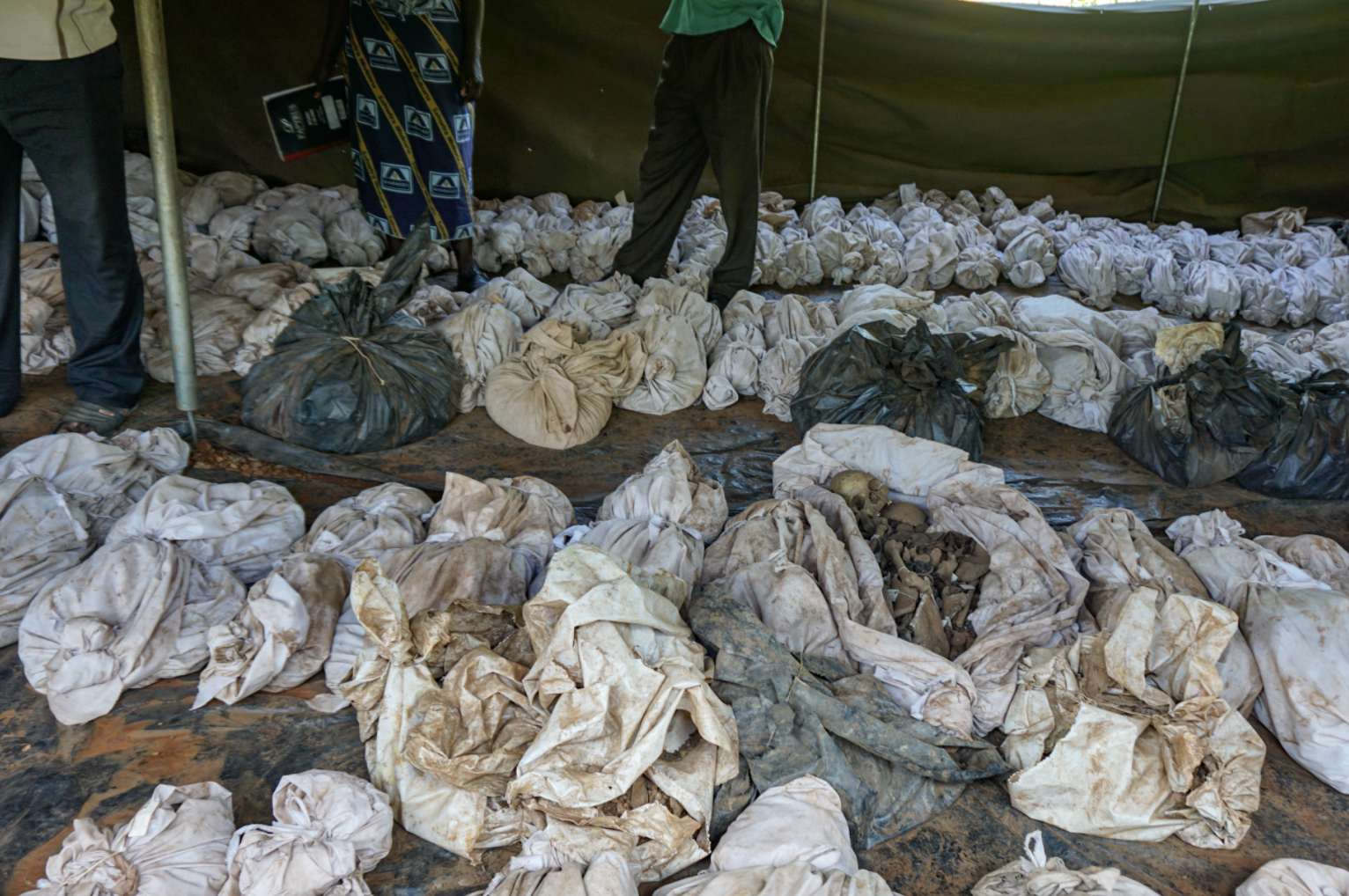 He bends down in this stuffy, tobacco-filled tent and scribbles the name and home village of the deceased person onto a nametag attached to the body. These remains, found in a disused mine last year in southern Zimbabwe and awaiting reburial, serve as the latest glaring reminder of a country wrestling with its past.

Chinyani spends his days exhuming bodies with his nonprofit, the Fallen Heroes Trust of Zimbabwe. He believes these bones are the unnamed casualties of the country’s war for independence, which ended four decades ago with the establishment of Zimbabwe. The government hails the dead as heroes, freedom fighters in the battle against British colonial rule. But critics question why many who helped determine the country’s future have never received a proper burial — or if they are warriors at all.

Zimbabwe’s battle for independence, which spanned nearly two decades, ended British rule. It pitted the white minority government against African nationalist movements, including the Zimbabwe African National Union Patriotic Front, which has ruled the country since it achieved independence in 1980.

Many of the fighters, Chinyani says, were young people. Their bodies lie in mass graves in deserted mines and caves. The government doesn’t have a total count for the number killed in the war. Estimates range from 20,000 casualties to nearly 300,000. 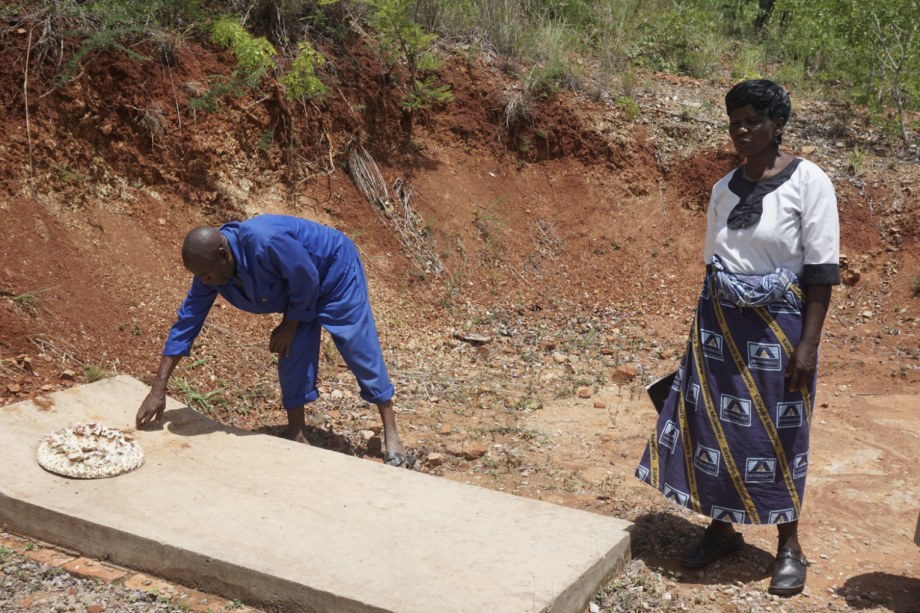 John Nyatsanga (left) and Georgina Barara, members of the Fallen Heroes Trust of Zimbabwe, inspect the gravesite of a reburied body, which the group believes to be that of a Zimbabwe independence fighter.

The Fallen Heroes Trust is not officially associated with a political party, and Chinyani says the group has discovered, exhumed and reburied around 8,000 bodies. When the dead can’t rest, some Zimbabweans believe, neither can the living.

“The visions of the comrades keep appearing in my dreams, asking me to locate their remains,” he says. “I have to set aside everything so I can attend to this.”

But not everyone agrees all the bodies are soldiers.

A veterans group tied to the Zimbabwe African People’s Union, longtime political rivals of the current administration, brought the case. The group argues some of the bodies came from massacres of Ndebele people, a minority in the country’s southwest, that occurred in the 1980s, soon after former President Robert Mugabe came to power.

"The visions of the comrades keep appearing in my dreams, asking me to locate their remains."Anyway ChinyaniFallen Heroes Trust

Many were thought to oppose Mugabe’s rule. Estimates vary as to how many died, but some studies place the death toll at around 20,000 people.

Chinyani writes off the allegations as political. He says newspapers found with the bodies reflect years for the deaths. Other remnants — such as beer, clothes and tobacco — also date the remains.

Vladmir Mukada, a former fighter with the current administration’s party, points to national identity documents recovered with the bodies that are labelled with Rhodesia, Zimbabwe’s former name. He also says bodies were wrapped in sacks of fertilizer used before independence.

No forensic specialist has verified their claims.

Chinyani, 58, was a teenager when he had a vision at church to make this his life’s work, he says. He never fought in the war. But that has not stopped him from spending months away from his family, overseeing every exhumation. The constant work has taken its toll; he slumps, tired.

Even beyond the controversy, reburials have slowed. Chinyani’s group has reduced the number of bodies it exhumes due to coronavirus restrictions. His team also struggles with funding to transport bodies, pay for coffins and feed workers during a process that can take months. 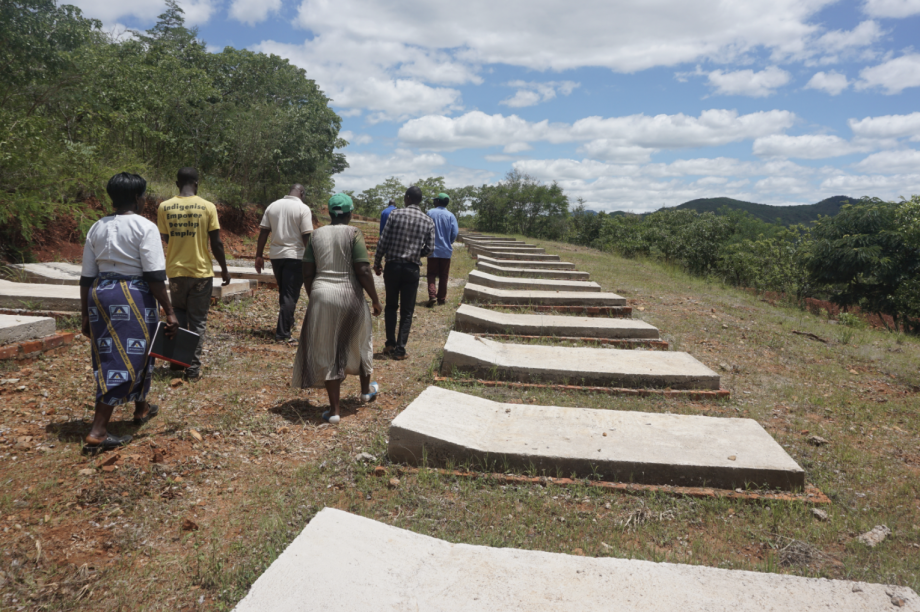 Some question whether bodies exhumed and reburied in formal graves by the Fallen Heroes Trust of Zimbabwe are former fighters or victims of a later massacre.

Officials deny they’ve neglected the dead. The Fallen Heroes Trust needs to submit a proposal to officials, who will determine a budget for reburials, says Mike Madiro, deputy minister of the Ministry of Home Affairs and Cultural Heritage.

“All reburials should be approved by Home Affairs so the government ensures it’s within the confines of the law,” he says, noting he recognizes and respects proper reburials.

Burials hold a unique place in Zimbabwean society, where many view a proper send-off as the only way for a soul to find peace. 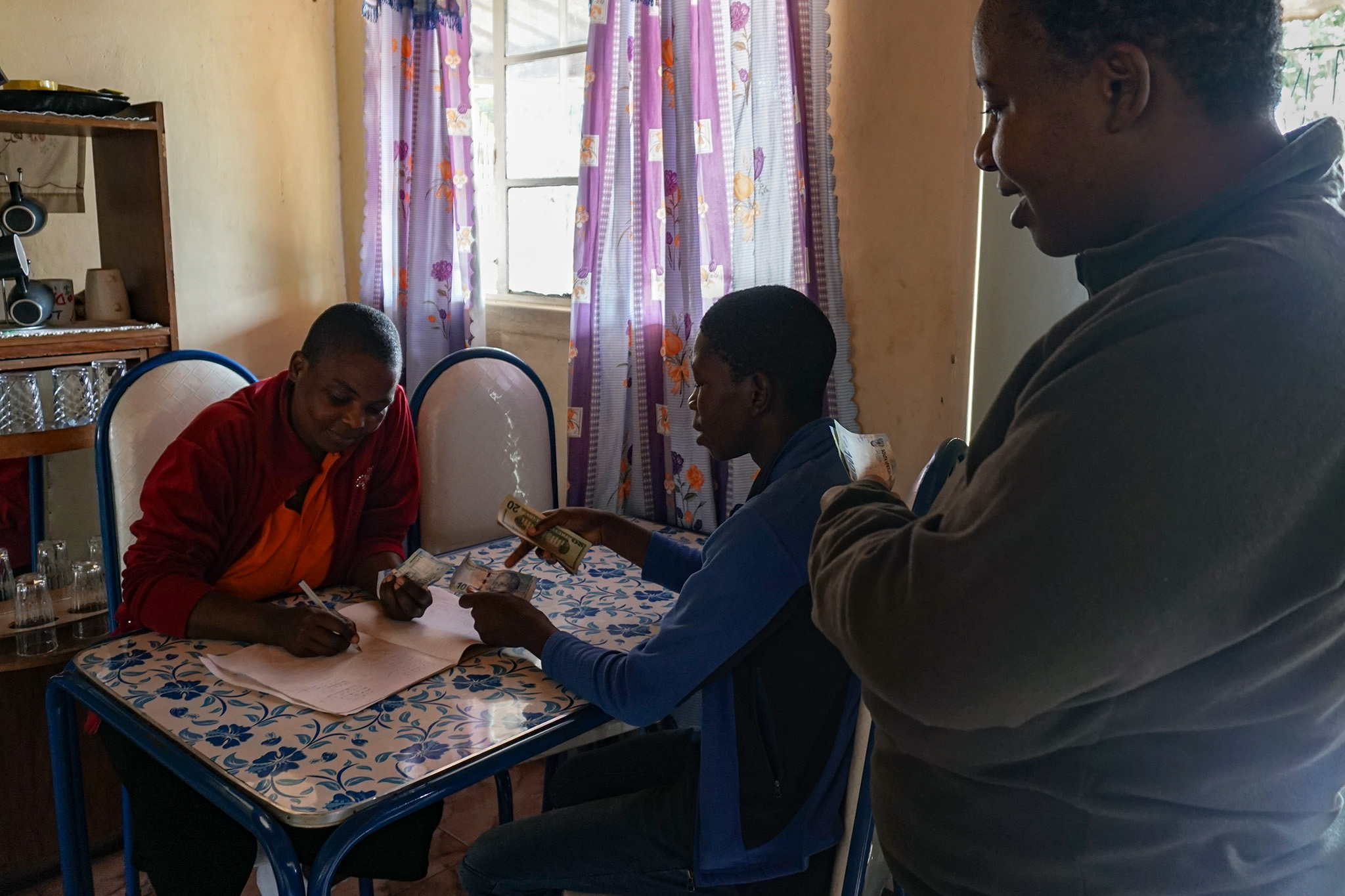 “Without these exhumations of liberation fighters, a lot of bad things can happen,” says Friday Chishanyu, president of the Zimbabwe National Practitioners Association, an organization of traditional and faith healers.

He and others connect the improper burials to the country’s economic crisis. Zimbabwe, which has struggled financially for decades, is reeling from high inflation, massive unemployment and a recent drought that has dented agricultural production and threatened the country with famine.

Whoever the dead are, Chinyani says, they’re waiting for the honor they deserve.