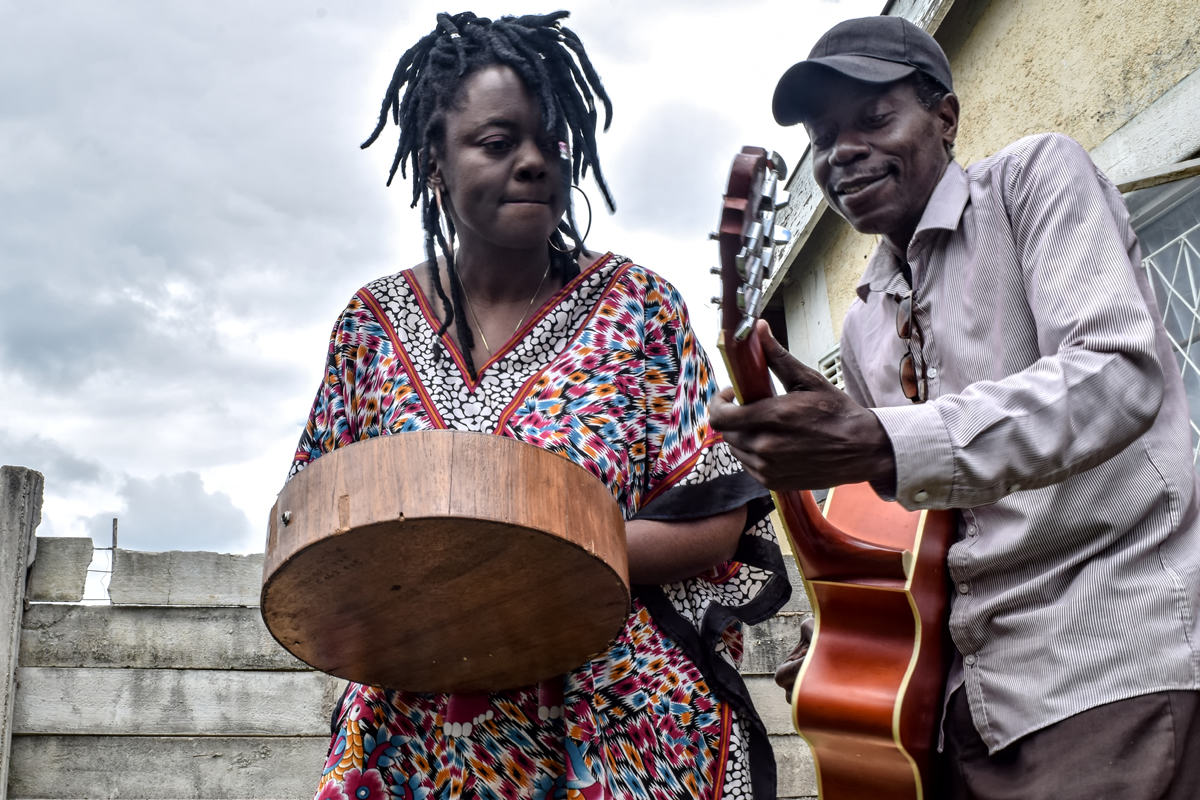 HARARE, ZIMBABWE – Diana Samkange strokes a few metal tines attached to a small wooden board decorated with metal bottle caps. Each movement of her fingers creates a different sound.

Samkange, 29, says she started playing this instrument, locally known as the mbira, nearly eight years ago.

Often played by men at traditional gatherings, the mbira is believed to attract the spirits of dead ancestors, she says. Some communities prohibit or discourage women from playing the instrument because of fears that they will be possessed by these spirits, she says.

“I have faced a lot of discrimination,” she says. “I’m usually associated with traditional healers and evil spirits.”

Despite the stigma, some women in Zimbabwe are playing the mbira professionally, weaving its traditional sound into other musical styles and nuanced lyrics addressing contemporary culture and politics. Global Press Journal spoke to three female mbira players in Harare to explore the work they do and the challenges they face in what is considered a traditional yet enigmatic profession: 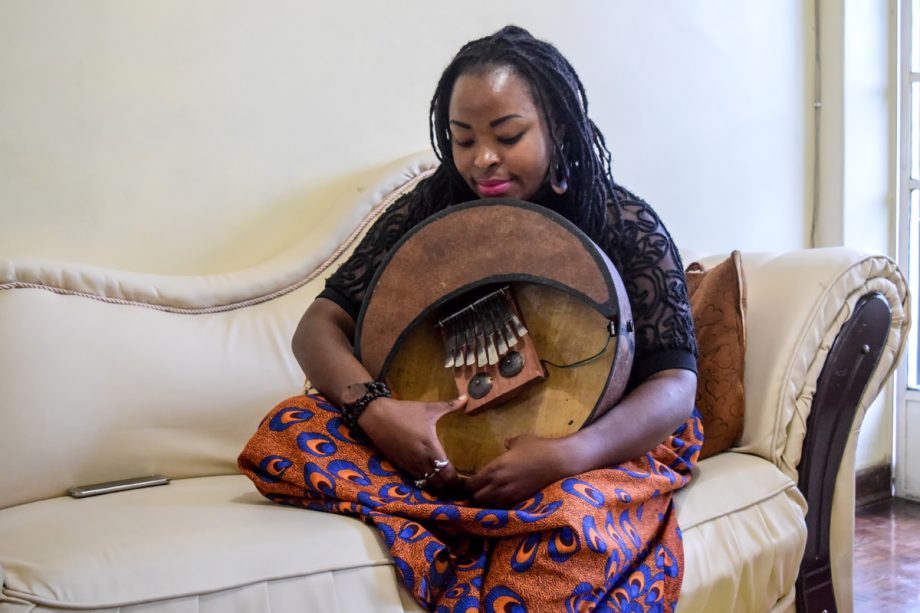 Diana Samkange shows off the mbira, a traditional instrument, at her home in Harare, Zimbabwe's capital. The instrument, fixed in a gourd-shaped bowl, is made of wood and metal keys.

Before Samkange started playing the mbira, she composed jazz and contemporary music, using instruments such as rattles and drums, she says. When she began playing the mbira at the age of 21, she incorporated elements of these two genres into her music, to create a fusion of traditional and modern sounds, she says. But, Samkange says, preserving local tradition in her music and performances is important.

Historically, mbira players channel or invoke the presence of ancestral spirits with their music, she says. During some of her performances, Samkange says listeners channel ancestral spirits, causing them to speak in loud, hoarse voices and predict the future.

But some people mistake these spirits for demons or evil spirits depicted in monotheistic religions such as Christianity, says Samkange, who grew up attending a Methodist church. Many women avoid the profession because of this misunderstanding, she says.

“Most women fear being judged by the community,” she says. “This limits them to express their identity – by that the art dies.” 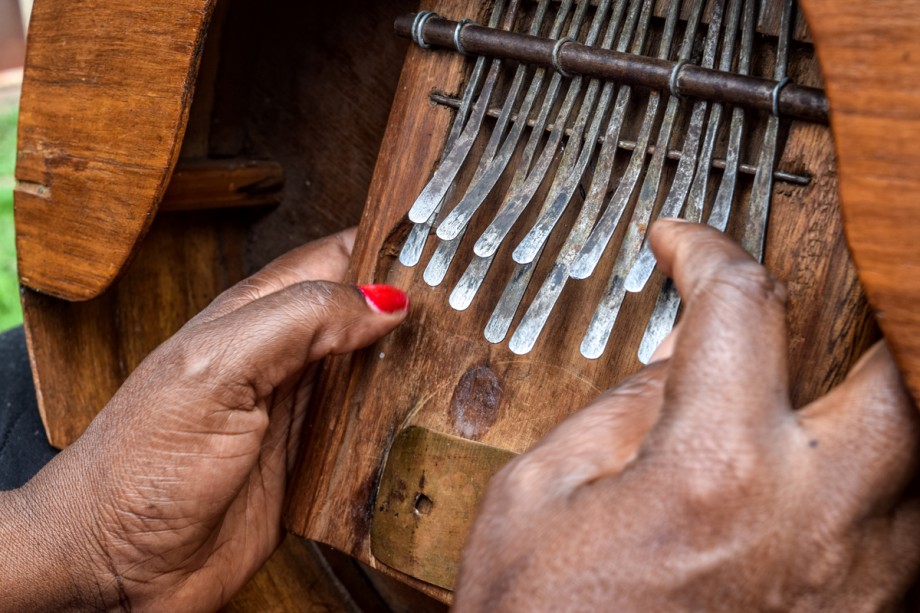 Tendai Chimombe plays the mbira at her home in Harare, Zimbabwe's capital city.

The 45-year-old musician, who started her career just four years ago, composes Afro-jazz, she says. The genre, gaining popularity among urban Zimbabweans, mixes jazz with traditional African instruments and rhythms. Chimombe says the mbira is key in helping her create a unique style of Afro-jazz, because she uses a variation of the instrument called a nyunga nyunga, with 15 metal tines, or keys, fixed in a gourd-shaped bowl. Other common types of the instrument have 22 to 39 keys.

“They come in what is called a ‘deze’ in Shona – in English we call it calabash – which enhances the sound,” Chimombe says of the nyunga nyunga.

Chimombe mostly sings about religion, culture and social issues including love, marriage and child welfare. Fusing the three shows her listeners that culture and tradition do not have to be separated from religion, she says. 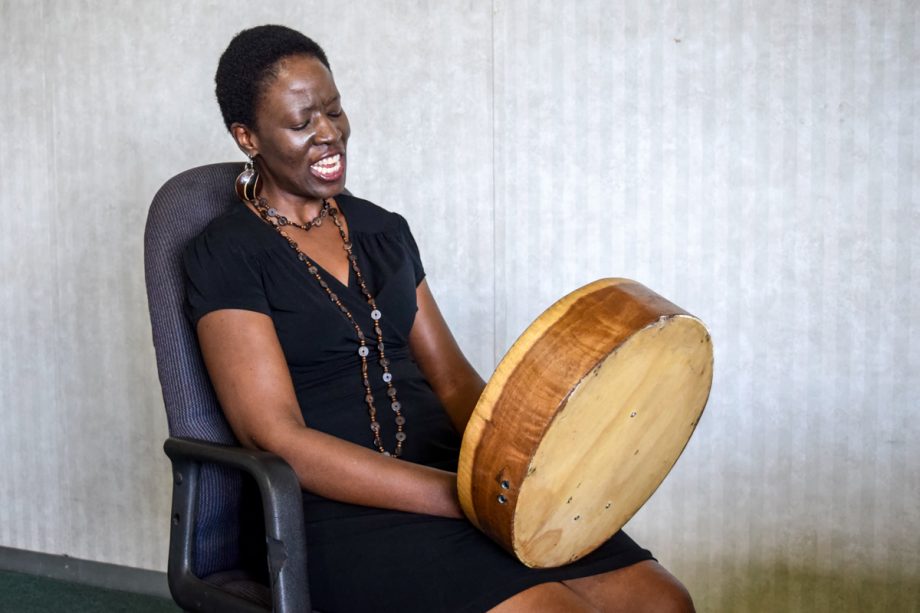 Tafadzwa Mavhudzi, plays the mbira in Harare, Zimbabwe. She has been playing the traditional instrument for four years.

Mavhudzi, who goes by the stage name Haruna, is a member of a local band called Hweva. She joined the eight-member band in 2016, playing the mbira at performances across Harare.

Mavhudzi, 38, says she wanted for years to play the mbira but was discouraged by her family.

“They took me to a pastor, thinking that I had some evil spirits possessing me,” she says of the first time she began playing the mbira in 2015.

Mavhudzi says her band composes music inspired by the political and economic climate in Zimbabwe, which for years has been in freefall. In 2016, the band composed an original song in Shona called “Amai Vauya,” or “The Mother Has Come.” The song is about holding politicians accountable, she says.

Correction: An earlier version of this story did not identify Tendai Chimombe as a photographed subject. Global Press Journal regrets this error.