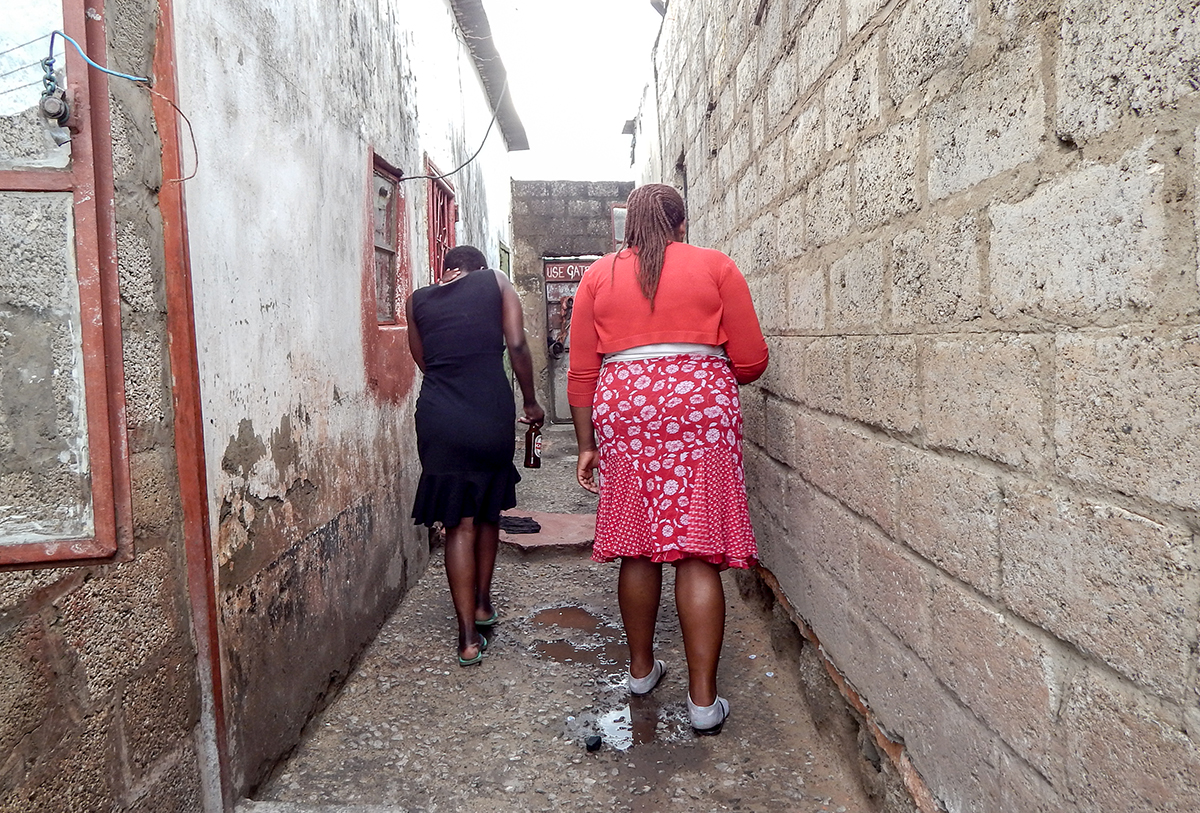 LUSAKA, ZAMBIA – It’s 3 p.m. and Mchena, a Zimbabwean sex worker, awaits clients with six others outside a wall-fenced brothel in Chawama, a slum in Zambia’s capital Lusaka.

A man walks in and Mchena, dressed in a short black dress, rushes to meet for negotiations. She speaks with him briefly before leading him to her room.

“What can you do when you can’t find anything to do? We have children that need to survive back home in Zimbabwe. There, even sex work is a hustle,” Mchena says while smoothing her hair after attending to her client.

Mchena is 25 and spoke on the condition that only her last name be used. She is among the Zimbabwean women who have illegally trekked across the border to Zambia, hoping for a better life following economic turmoil in their country.

As illegal immigrants, they say they cannot find employment, and sex work, although illegal, remains their only lucrative business option.

Zimbabwe’s economic crisis has left many to seek economic refuge in other countries. It’s estimated that 2-3 million Zimbabweans have left the country in search of work, with the majority settling in South Africa, according to a 2015 survey of Zimbabwe households funded by the U.K.’s Department for International Development.

The number of Zimbabwean nationals in Zambia is unknown, according to Namati Nshinka, the public relations officer for the Zambia Department of Immigration.

Last December, Zambia’s Department of Immigration arrested and repatriated nine Zimbabwean women alleged to be sex workers in Chawama. Another 93 Zimbabweans, both male and female, were arrested in October. Of the 93 arrested, 73 were repatriated while the other 20 were convicted and sent to Zambian prisons for various offences, Nshinka says.

In 2014, the Zambia Department of Immigration arrested and repatriated 116 suspected Zimbabwean sex workers around Lusaka, he says.

Although sex trade is illegal in Zambia, Nshinka says the Zambia Department of Immigration arrest foreigners purely on immigration transgressions.

“Although sex trade is illegal, that offence is beyond our jurisdiction. We arrest these people purely on immigration matters, but when one is found guilty of any offence, we hand them to the relevant authority to deal with that particular offence,” says Nshinka.

We will keep coming back, no matter how many times they take us back. There is nothing to do in Zimbabwe, nothing, no money and here business is good, so I came back. Mchena, a Zimbabwean sex worker in Zambia who was deported in 2014 but returned to continue work in 2016

Not even arrest has kept Mchena away. She says she was among the illegal immigrants who were repatriated in 2014, but she returned.

“We will keep coming back, no matter how many times they take us back. There is nothing to do in Zimbabwe, nothing, no money and here business is good, so I came back,” she says.

“I have two children that I left with my mother, they need to eat and cloth,” she says. “So the money I earn, I send some back home.”

Mchena says she charges 20 Zambian kwacha (about $2) for a short time, and sometimes less. Spending a night with a client earns her 70 to 150 kwacha (about $7 to $15) depending on the status of the client.

Mchena’s client, who refused to be named for this article, says he was a regular at the brothel because the Zimbabweans were reasonably cheap and had a different approach to sex.

“They treat you well and give you the best at a reasonable fee, you can even negotiate,” he says. “If you spend a night, they will give you a nice massage before you leave, hence you leave feeling refreshed.”

Another sex worker, Tatenda, who spoke on condition that her last name be withheld, said she left Zimbabwe last year because business was so bad in Zimbabwe.

“I became a sex worker right there in Zimbabwe, but it was tough. There is no money. I could hardly earn anything so I had to move to another country. That is how I found myself here,” she says.

Sex trade for the Zimbabwean women has not been without hurdles in Zambia, but there is money to be made here, she says.

“We are insulted in these communities,” says Mhowa, who also asked that only her last name be used to conceal her identity.

“The local sex workers feel we have taken over their business, hence they report us to immigration. We are ever running away from police and immigration officers. It is difficult to even trust anyone around us,” she says.

Nshinka warns Zambians against aiding foreigners who are in the country illegally. Those arrested face a jail sentence of at least two years, he says, under the Immigration and Deportation Act of 2010, Chapter 46, subsection 1.

Mirriam Sakala, coordinator of the Tasintha Programme, an organization that rehabilitates sex workers, says her group has an obligation to report foreign sex workers to the immigration department.

“We don’t aid any foreign sex workers,” Sakala says. “What we do is report such cases to immigration department because normally these people are in the country illegally, and even if they were here legally, sex work is illegal in this country,” says Sakala.

Mchena says she plans to return to Zimbabwe.

“I think of finding enough money to start a business back home in Zimbabwe, but again who will buy my products? No one has money in Zimbabwe,” she says. “For now we have no option but keep eluding law enforcers here.” 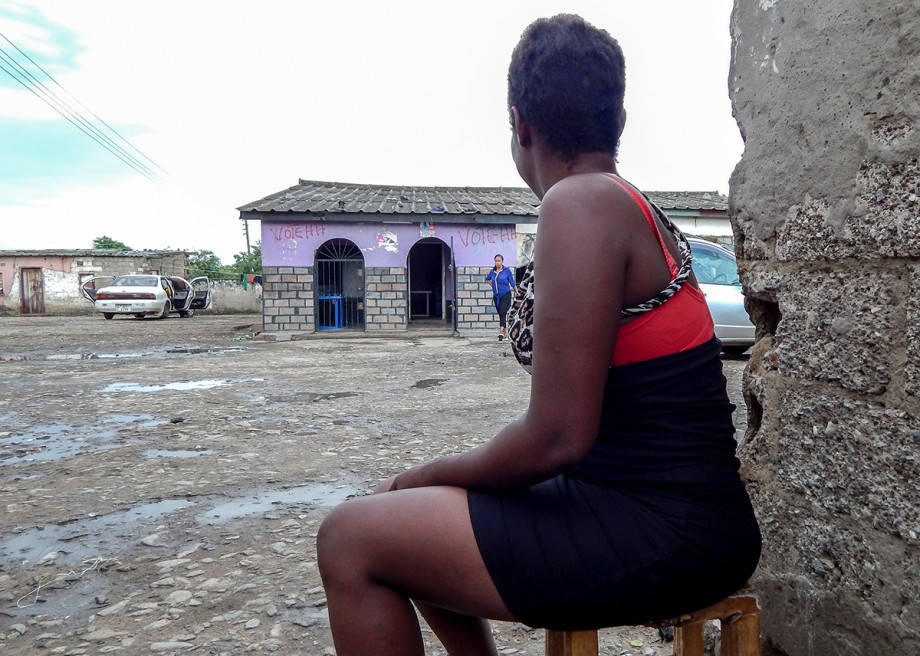 Mchena, 25, who asked that her full name not be used, waits for clients outside a brothel where she works in a slum called Chawama in Lusaka, Zimbabwe. She is among the Zimbabwean women that have fled their country hoping for a better life in Zambia only to become sex workers.