Skip to main content
The story you are reading was published on Monday April 18, 2016. To read more recent stories click here. 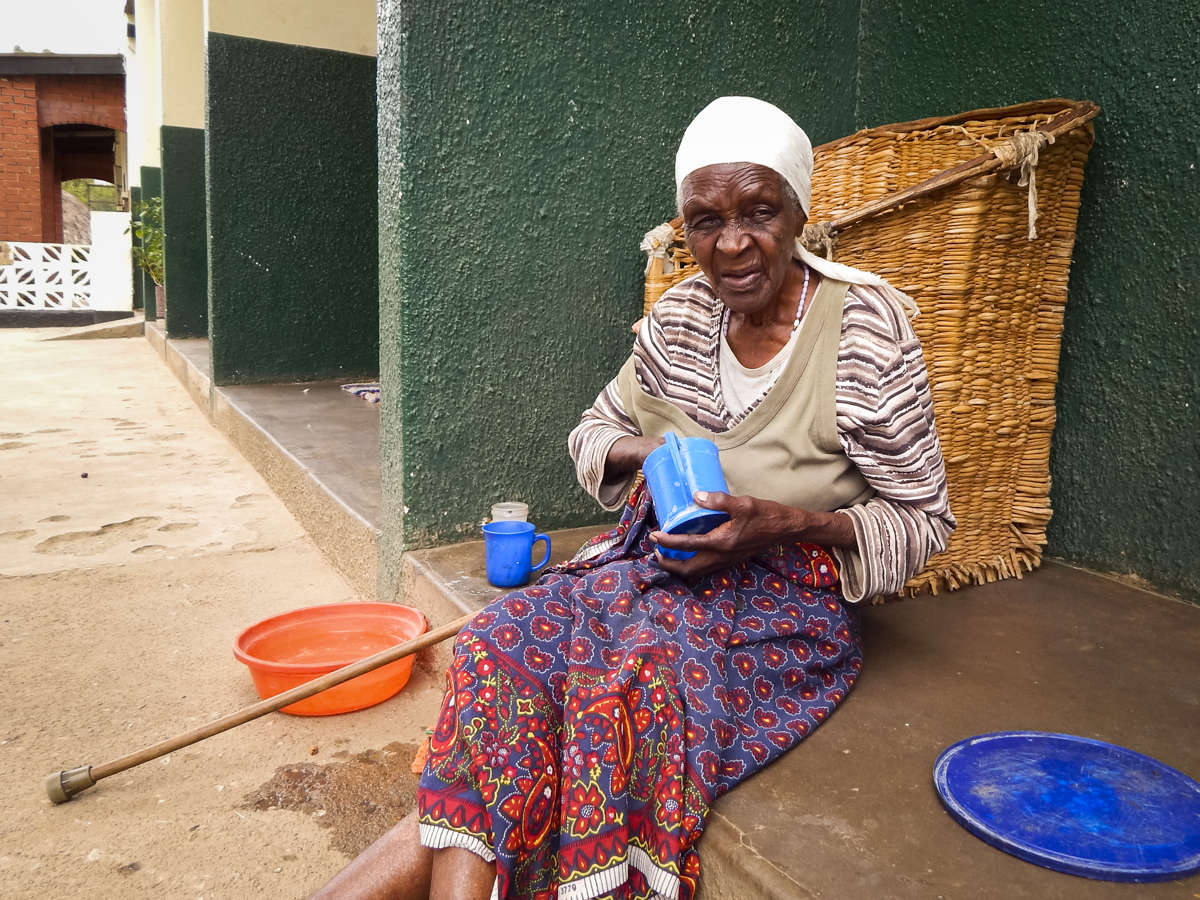 LUSAKA, ZAMBIA — Christina Tembo left her home a decade ago to seek refuge at the Divine Providence Home, a private shelter for the elderly and orphans.

“My son accused me of bewitching my own children after seven of them died,” she says, fighting back tears. When they roll down her face, she reaches for the hem of her clothing and wipes them away.

Tembo, who isn’t sure of her exact age, was living in John Howard, a slum in this capital city, when she was kicked out of her home. There, she says, elderly people are often suspected of witchcraft. Her seven deceased children passed away for various reasons, some from natural causes and others for reckless behavior, she says. Her only remaining child is the one who accused her of witchcraft.

“I could not even tell the people here that my son had abandoned me on suspicion of witchcraft,” she says. “I felt I would be rejected.”

Tembo is not alone. Elderly people throughout Zambia report being forced to flee their families and communities to escape accusations of witchcraft.

Government officials say poverty and ignorance are to blame. Some organizations can reunite families through counselling, but many of those abandoned people remain at homes for the elderly. 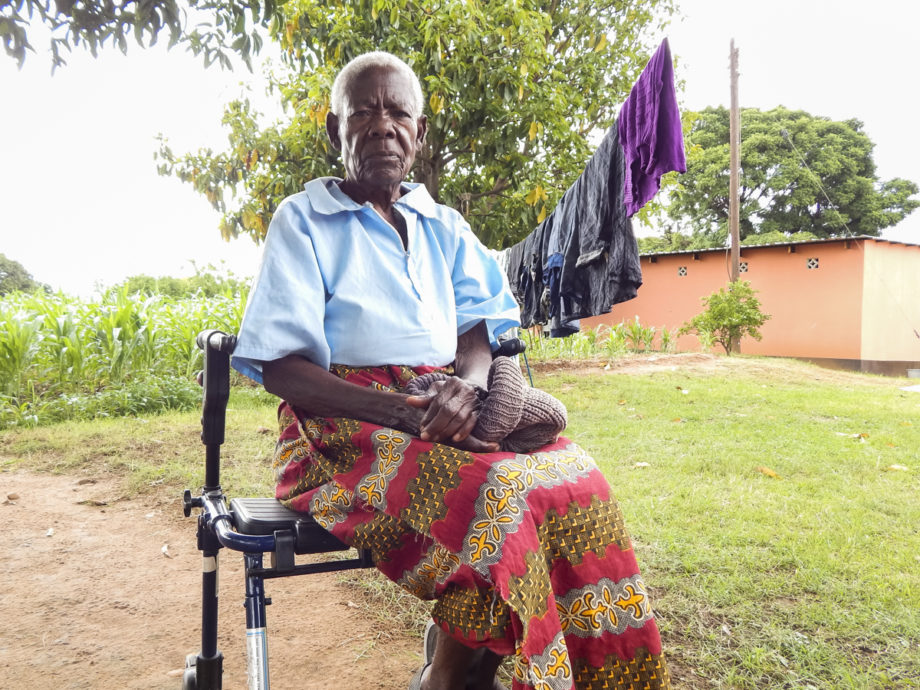 Esnart Mpundu, who lives at the Matero After Care Centre, says elderly people are often accused of witchcraft.

About 3 percent of Zambia’s population is age 65 or older, according to the Zambia Demographic and Health Survey 2013-2014.

Elderly people who are dependant on others are sometimes considered an economic burden, says Stanfield Michelo, the director of social welfarein the Ministry of Community Development and Social Welfare. In some cases, families look for excuses to abandon them.

“The young ones who do not want the burden of looking after the elderly accuse them of being witches,” Michelo says.

Elderly people who exhibit peculiar behavior, such as hallucinating, are sometimes associated with witchcraft, he says.

Many Zambians hesitate to publicly say that they suspect elderly people of witchcraft, but some are open about their belief that the practice exists.

“Witchcraft truly exists but you can’t only attach it to the old. We have young people that practice witchcraft, so you can’t just tie it to the old,” says Paul Nsando, 56, a cobbler, stating a common belief.

The young ones who do not want the burden of looking after the elderly accuse them of being witches. Stanfield Michelo, the director of social welfare in the Ministry of Community Development and Social Welfare

Many of those accused of witchcraft seek refuge in shelters run by the government and other organizations. About 200 elderly people are currently housed at three government-run homes, Michelo says. Many others live in shelters run by non-governmental organizations. They cite abuse and abandonment as their reasons for leaving their homes. Few mention the allegations lodged against them.

Like Tembo, many elderly people who have been accused of witchcraft don’t talk about those accusations once they move to shelters, fearing further stigma and abuse, Michelo says.

Some organizations have received elderly people who have been beaten because they were accused of witchcraft.

Sister Judith Bozek, head of Divine Providence Home, says her organization, which houses up to 20 people, has received three elderly people who’ve been beaten. Five years ago, a man came in with a broken leg, she says. He said he’d been beaten after being accused of witchcraft. Two others came in with similar stories, she says. All three have since passed away from natural causes. 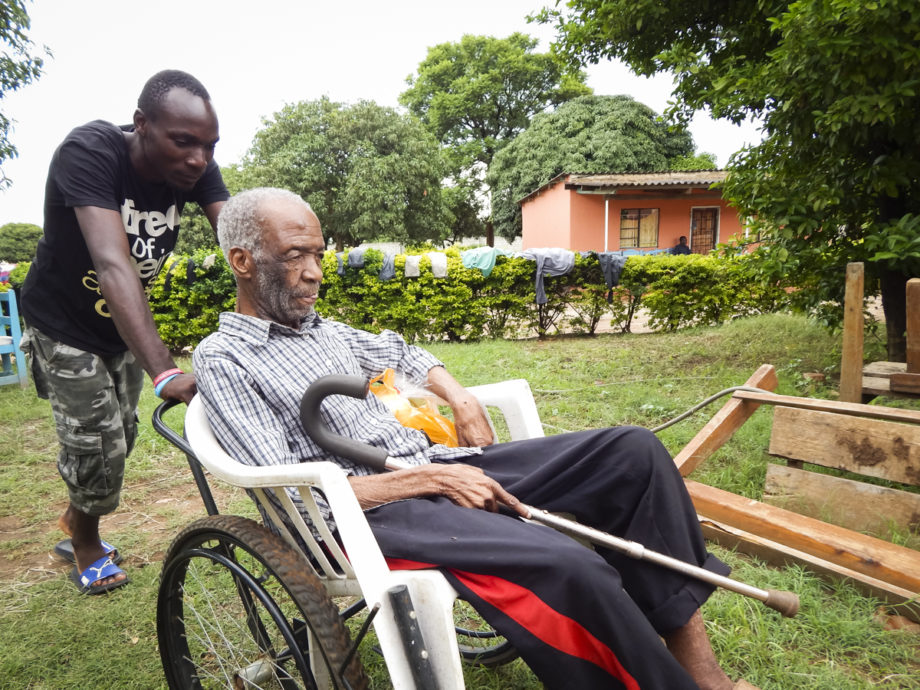 A worker at Matero After Care Centre helps Teddy Jere, 94, get to his room. Many old people move to elder-care homes after being abandoned by their families.

There might be numerous instances of violence against elderly people, but it’s hard to document them because victims don’t speak out, Bozek says.

Michelo says his department received 60 reports of abuse among the elderly in 2015 in Lusaka only. Country-wide statistics are unavailable, he says.

Teddy Jere, a 94-year-old man who lives at the government-run Matero After Care Centre, says even though no one has directly accused him of practicing witchcraft, he fears that people accuse him behind his back.

“I have heard a lot of elderly people being accused of witchcraft,” he says. “So I tell myself that if they can talk about my fellow old people like that, then they also talk about me in the same manner.”

Jere left his home in Matero, a slum in Lusaka, afterall his five children died over a period of time and there was no one to care for him. 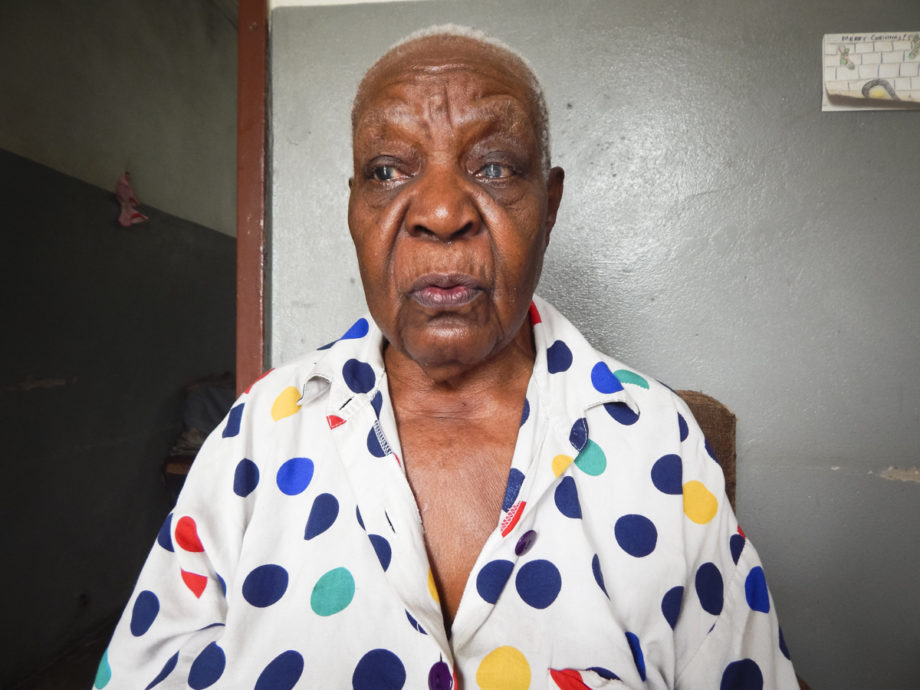 Christina Tembo says her son accused her of bewitching her own children, and then abandoned her. She now lives at Divine Providence Home, a shelter for orphans and the elderly in Lusaka.

For elderly people who are connected to the right services, there is hope. The government gives 140 kwacha (about $12.40) every two months to vulnerable elderly people through a program known as Social Cash Transfer, which aims to make them less dependent on other people. The scheme covers about half the country’s districts.

The Ministry of Community Development and Social Welfare also promotes community sensitization campaigns about the need to care for the elderly particularly on International Day of Older Persons, which is marked on Oct. 1, Michelo says.

“We tell them that these are reservoirs of wisdom that should be cared for,” he says.

Bozek’s shelter works to reunite elderly people with their families.

“We take them through counseling to help them understand the behavior of old people and that the care they get in after-care homes cannot compare to family love,” says Bozek.