LUSAKA, ZAMBIA — Tears stream down Miriam’s cheeks as she sits in the waiting room of the University Teaching Hospital in Lusaka, Zambia’s capital city. Mphatso Sakala holds her hands to comfort her.

For almost two years, Miriam has sought medical attention related to a surgery to correct the gender of her intersex child. She asked that their last name be withheld for fear of social stigma.

The surgery, performed when the child was 5 years old, assigned her to the female sex. But the emergence of male traits – facial hair, a deeper voice – has complicated the situation.

Miriam says she did not fully understand the problem her child, now 14, faced until she met Sakala, an intersex activist, last year.

“I knew my daughter had a condition because I could not tell the sex (at birth),” Miriam says. “Doctors attended to my child, (and later) did the surgery, but even then I did not fully understand what her condition was and how I could handle it. Not until I met Mphatso.”

The World Health Organization describes an intersex person as someone born with physical or biological sex characteristics that do not fit the traditional definitions of male or female.

Intersex people are often considered part of the lesbian, gay, bisexual and transgender movement because they are sexual minorities. But in Zambia, where homosexuality is illegal, this further complicates their lives, as they are sometimes threatened with arrest, whether or not they identify with the LGBT community.

These difficulties led Sakala, an intersex activist who was raised as a girl and later changed his identity to male (read his story here), to found the Intersex Society of Zambia. Established in 2018, the organization facilitates the recognition and protection of the rights of intersex people. (In previous GPJ coverage, Sakala went by the name Gift.)

An estimated 1.7% of the global population is born with intersex traits, according to 2015 data from the Office of the United Nations High Commissioner for Human Rights.

In Zambia, the exact number of intersex people is unknown, since no research on the topic has been conducted.

Intersex people often suffer psychological pain, with no one to give them help, says Sakala’s mother, Adesi Sakala, who supports her son’s initiative.

“I remember how confused I was when my baby was born. I did not know what to tell people, and there was no psychological support whatsoever,” she says.

As Mphatso Sakala grew up, he also needed psychological support to understand himself, but there was none available, his mother says.

“It was painful to see my then-daughter come home crying that she was being bullied by people,” she says. “In her teenage years, others started calling her a lesbian because she was brought up as a girl but started showing traits of being male.”

Being intersex is a huge battle, says Chanda, an intersex person who asked that his surname be withheld for fear of stigma.

“You don’t understand yourself, and those around you mock you. Imagine the trauma,” Chanda says. “We lack laws that legally recognize our existence, and most people do not understand that this is a condition that one is born with.”

The University Teaching Hospital in Lusaka offers counseling, but Dr. Ravi Paul, a psychiatrist at the government facility, says intersex people often focus on the medical aspects of their situation, seeking surgery without psychological counseling.

“Before we can talk of advocating for legal reforms, people need to understand what intersex is,” he says. “How will a lawmaker pass a law on something that they do not understand?”

Once society accepts that intersex people exist, he says, the Intersex Society of Zambia can push for reforms, such as recognizing the status of intersex people on formal documents and advocating against workplace discrimination.

In Africa, “Kenya has led the way by adding intersex people to their census,” Mphatso Sakala says. “Once you have that kind of recognition, other things can start to fall into place.”

The Intersex Society of Zambia relies on local and online media, and contacts at hospitals, to raise awareness and connect with people who need the group’s help. Mphatso Sakala says more funding is required to start vigorous awareness-raising programs like community outreaches and radio and television shows, which can educate the general public.

“The biggest challenge that intersex people face is legal recognition,” says human-rights lawyer Landilani Banda. “Legally they do not exist. And if they do not exist, how can they enjoy other human rights?”

Gender-corrective surgery is a key issue for Mphatso Sakala. The Intersex Society of Zambia opposes surgical interventions before the age of consent to avoid presumption about dominant sex characteristics.

“Some parents can’t bear seeing their child with ambiguous genitalia and want to do an operation on the child there and then,” Mphatso Sakala says. “We have had discussions with such parents, and most of them have heeded our advice [to wait].”

Miriam regrets that she met Mphatso Sakala too late.

“I wish I had met Mphatso way before the surgery was done on my daughter,” she says. “I have learned so much that I feel I needed to know earlier.” 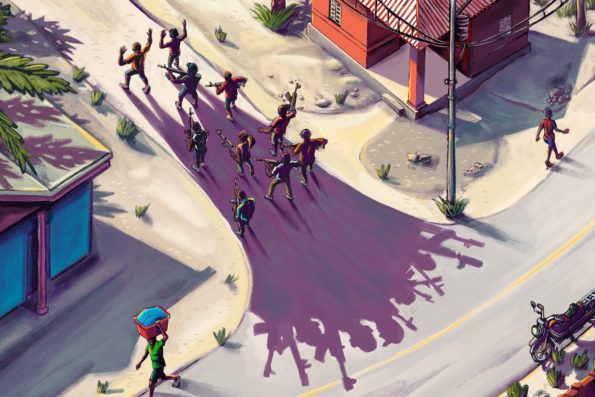