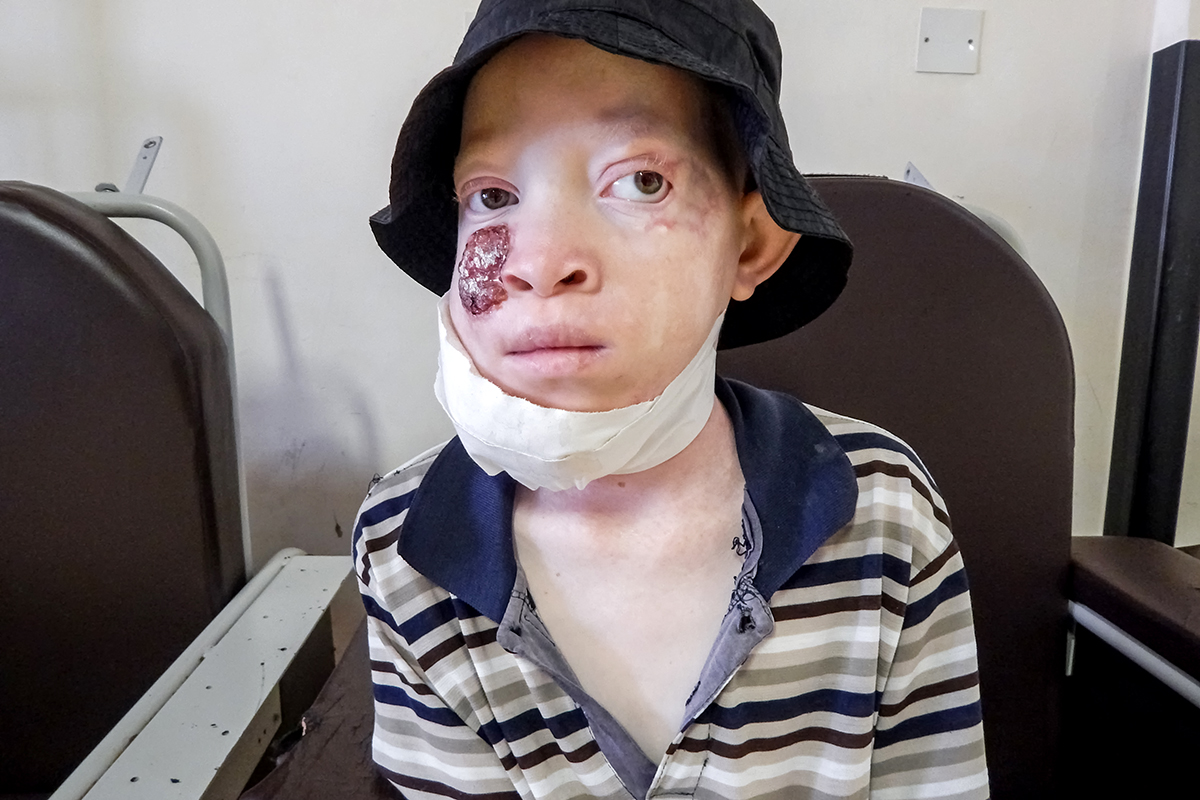 LUSAKA, ZAMBIA — With a grimace, Damascus Chisha forces himself to sit up in his hospital bed.

His chin is wrapped in a bandage to protect his cancerous wound.

Chisha, a 13-year-old boy living with albinism, a genetic condition that results in reduction of the pigment melanin, has been suffering from skin cancer since 2014.

He says he didn’t know what sunscreen was and had never used it until he was admitted to the hospital for cancer treatment in 2015.

“I had never used any cream on my body until I was admitted in hospital with skin cancer,” he says. “That is when I was told that I needed a special cream to help prevent skin cancer.”

Sunscreen is manufactured in some African nations, including Tanzania, Zambia’s neighbor to the northeast. Local manufacture of sunscreen reduces prices, making it more accessible to those who need it most, such as people with albinism. But in Zambia, where there is no sunscreen manufacturer, prices are high and stock is scarce, which leaves people with albinism with little sun protection and which leads to high rates of cancer among the population.

In Zambia, medicine can be imported without being taxed, but sunscreen, considered a luxury cosmetic, remains expensive and subject to tax, says John Chiti, executive director of the Albino Foundation of Zambia, an organization pushing for a policy that will mandate the government to consistently provide sunscreen for free to people living with albinism.

Currently, there is no policy that compels the government to procure or distribute sunscreen to people living with albinism.

I had never used any cream on my body until I was admitted in hospital with skin cancer. That is when I was told that I needed a special cream to help prevent skin cancer.Damascus Chisha, a 13-year-old boy living with albinism

Ministry of Health Permanent Secretary Dr. Kennedy Malama acknowledges that people living with albinism are more susceptible to skin cancer, but he says they do not keep statistics of cancer rates for people with albinism.

Malama says the government does procure sunscreen for people living with albinism when resources allow.

He says the sunscreen is bought from various countries and sometimes from those who have already imported the product locally. But there is no formal process or program in place to ensure consistent distribution. And prices change significantly, depending on the source of the product.

“The sunscreen comes from different countries, some of the countries are India and UK. We can’t single out one country,” says Malama. 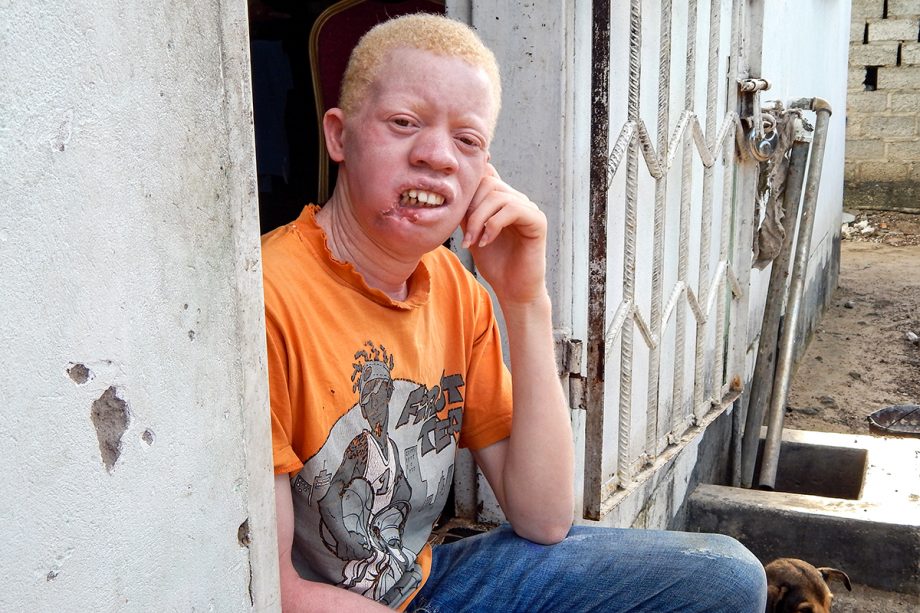 George Tembo, who suffers from skin cancer, was only introduced to sunscreen when he went to the hospital with a cancerous wound.

George Tembo, a 21-year-old living with albinism, says he too came to know about sunscreen when he was diagnosed with skin cancer, in 2015.

“I had known that there is a special cream we as albinos are supposed to apply, but my mother could not afford it. I only used it when I went to the hospital with a cancerous wound,” he says.

Bernice Mwale, Director General of the Zambia Medicines Regulatory Authority, a statutory body that regulates the manufacture, import, sale and use of medicines, says that the lack of local sunscreen production makes the product expensive.

But that may be changing.

Yash Pharmaceuticals, a local pharmaceutical manufacturing company, indicated that they are interested in producing sunscreen.

One of the directors, who spoke on the condition of anonymity, says the company is in the process of procuring the necessary chemicals needed to produce sunscreen.

“We have not been producing sunscreen. It’s difficult to state why, but we will soon start producing it, maybe four months from now,” he says.

Gideon Simamba, a supplier of Forever Living sunscreen, says he gets his sunscreen in South Africa for 120 Zambian kwacha (about $13) and later sells the 118-milliliter tubes in Zambia for 170 Zambian kwacha ($19) each.

He says most of his clientele are White people, but a few are people with albinism.

“I get sunscreen in South Africa. The demand is high among the White people, and I have a few albino [clients],” he says.

While Chiti and his organization continue to advocate for government assistance in procuring and distributing sunscreen, he says that wearing long sleeves and sunglasses and avoiding the sun is all they can do to prevent skin cancer.