Skip to main content
The story you are reading was published on Monday October 3, 2016. To read more recent stories click here. 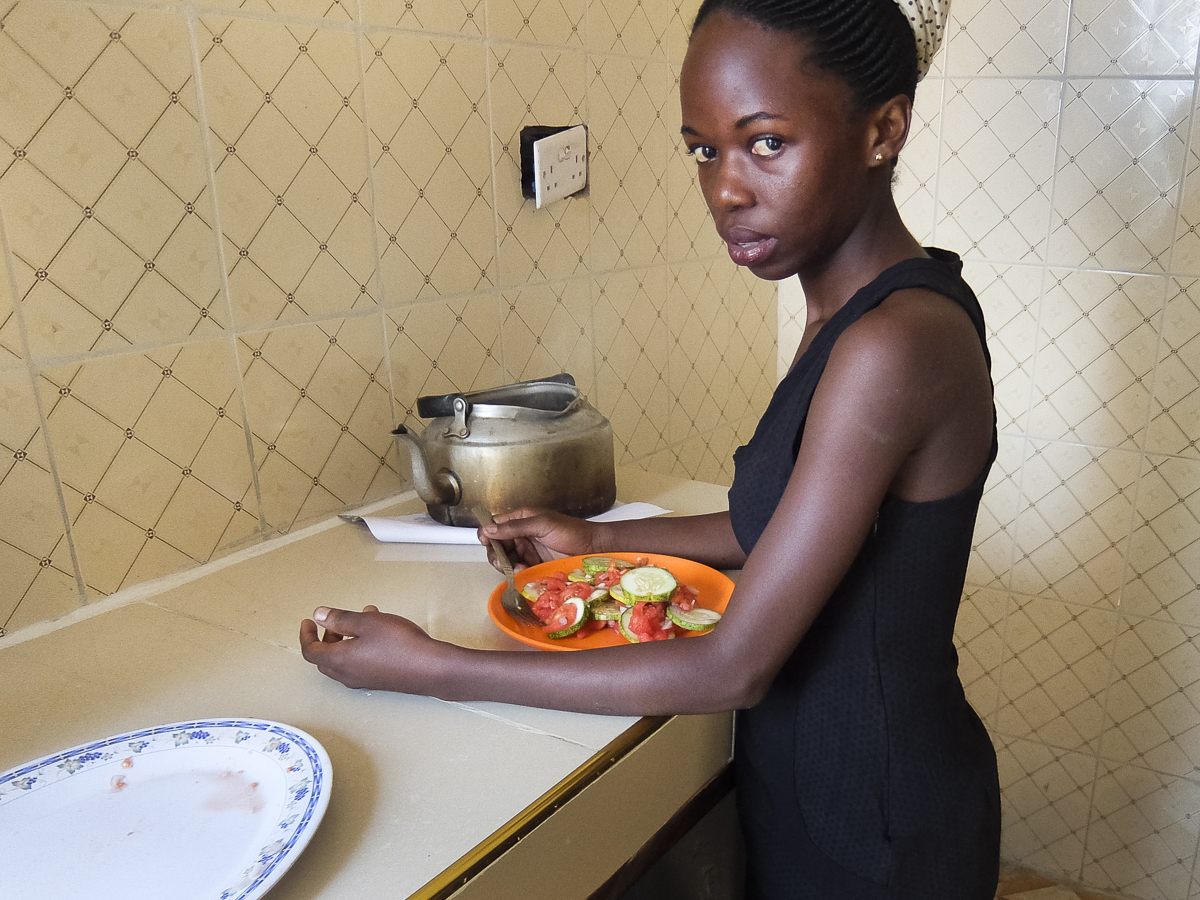 KAMPALA, UGANDA — When Patricia Kamusiime, 17, returned home during her school holidays this year, a comment from a neighbor crashed her self-esteem.

Kamusiime had grown fat and turned into a woman too early, the neighbor told her.

Kamusiime says she ran back to her house and cried for hours. She vowed to remain indoors for the rest of the holiday season and to avoid food as much as she could. Now, she eats very little throughout the day. She plans to keep this up until she reaches her target weight.

In Uganda, curvy women have long been considered the standard of beauty, but that’s changing fast as the country is increasingly influenced by media and images from around the world. Now, Kamusiime’s concern of being overweight is a common one among teenagers. Teachers say many girls’ academic performance has suffered because they don’t have the energy they need to concentrate in class, and some are so weak that they don’t make it to school at all.

Eating disorders have always been more prevalent in Western countries than non-Western ones, but that’s changing. Multiple medical researchers are noting a rise in eating disorders among non-Caucasian Africans, a group long considered “immune” to the condition.

Sanyu Josset, a nutritionist, says she sees at least seven patients, mostly girls, with eating disorders every month. Most of them complain of loss of appetite, weight loss, dizziness, dehydration and general body weakness, she says.

The girls should focus on maintaining a healthy body weight through a healthy diet, she says.

“The key is to eat selectively,” Josset says. “They should eat foods that are free from artificial sugars, unprocessed foods and oil-free foods.”

Now it is difficult for me to finish a slice of bread. I feel hungry but I have no urge to eat the food. Each time I try, I feel like throwing up.Ivy Mulungi, a 17-year-old high school student

But overt messages from the media about what it means to be beautiful turn some women and girls away from the goal of maintaining a healthy body weight.

Suzan Kirabo, a beautician and fashion designer, says Ugandan society is departing from traditional standards of beauty and embracing global standards, which idealize being thin. Women and girls are starving themselves to match the images they see online, on television and in magazines, she says.

“This is the new society now, and people want to fit in,” Kirabo says. “The fat ladies are now considered disorganized, both in health and purpose.”

The problem is becoming so severe that some teachers say they monitor girls at meal times.

Grace Karugaba, the director of studies at Maryhill High School in Western Uganda, says girls slept in class at one point due to lack of energy because they didn’t eat at lunchtime. Others complained of dizziness, she says. Now, there are strict rules.

“We ensure the girls eat,” Karugaba says. “We monitor their lunchtime and emphasize that they eat or else they serve a punishment. This is working for us.”

“It was not until the boys told us that the girls refuse to eat food that we understood why girls were always been carried to the sickbay,” Amoding says.

“Now it is difficult for me to finish a slice of bread,” Mulungi says. “I feel hungry but I have no urge to eat the food. Each time I try, I feel like throwing up.”

Mulungi says she’s the smallest girl at her school ─ a fact that she says makes her feel bad. She suffers from dizzy spells and has been diagnosed with ulcers and other health problems, she says.

Parents say they worry that their daughters are so obsessed with losing weight that they’ve lost interest in learning.

Ann Ajok says her teenage daughter forced her to buy a scale.

“Every day she takes her weight, and the more she weighs, the more determined she gets to lose weight,” Ajok says.

Her daughter consumes very little each day, a cycle that repeats day after day. She is lethargic, Ajok says.

“This makes me believe that she is as docile as this in school,”Ajoksays. “How can I expect good academic results from such a girl?”