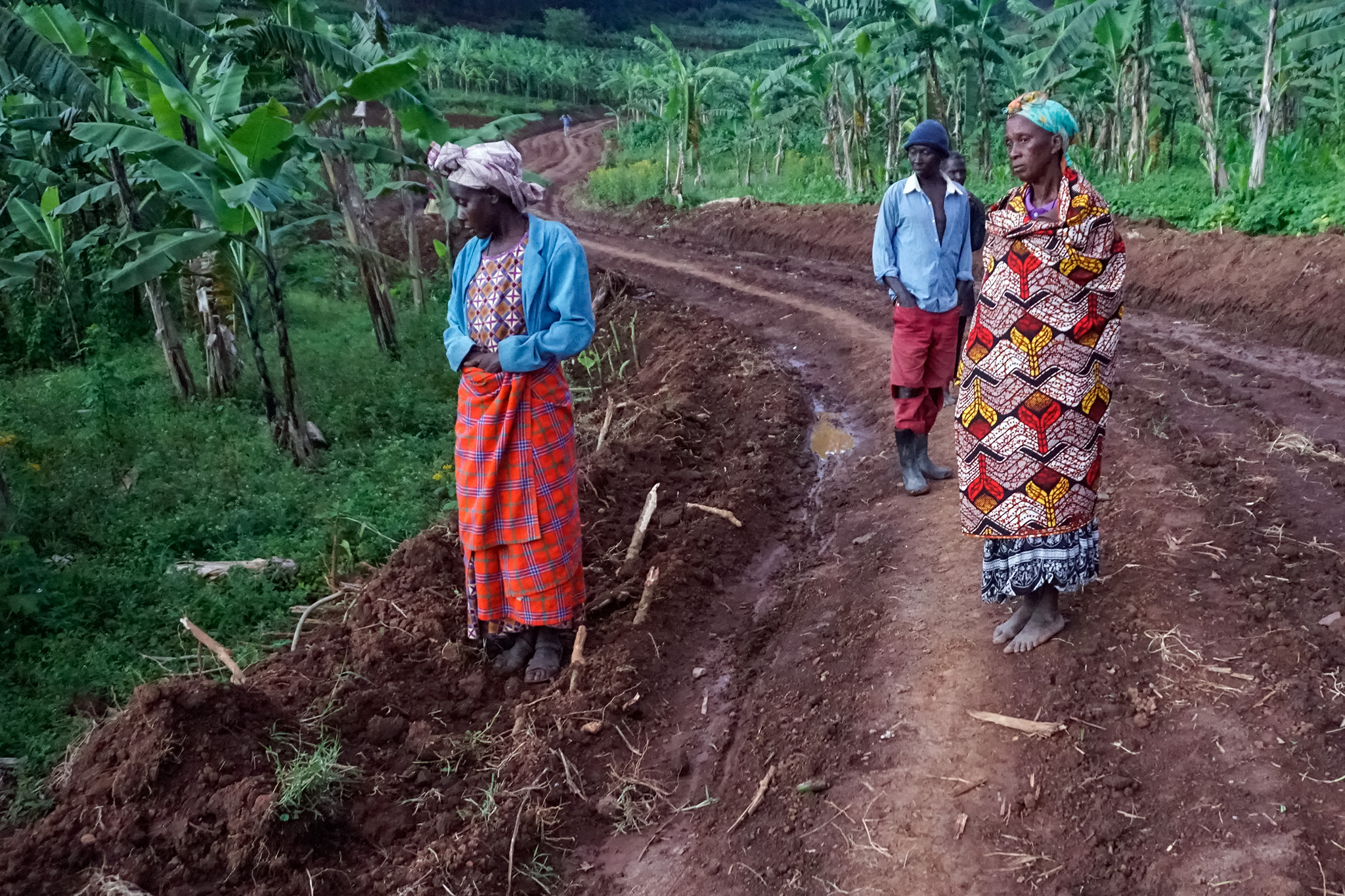 RUKIGA, UGANDA — In 2017, residents of the former Rukiga County welcomed the news that their area would be designated a district. At last they would have an identity of their own, separate from Kabale District, which they belonged to before.

The district designation would yield new paved roads and put an end to costly travel drudgery. No more walking as far as 39 kilometers (24 miles) on errands to the closest business center, the town of Kabale.

No more spending 10,000 Ugandan shillings ($2.71) to catch a ride on the back of a truck, only to bounce over rocky, winding mountain roads along the way.

“If one had a reason to go, it meant the entire day,” says resident Diina Rataaba. “But now, in a matter of two hours, one is done and back to their own chores.”

But Rataaba’s relief translated into shock for Roy Kiiru one day in November 2019, when she came home to find a tractor winding its way through several plots of land that belonged to her and her neighbor.

“A yellow Caterpillar had cut half of our gardens through,” Kiiru says. “My bean crops, my banana plantains were uprooted, and a huge track was dug through my garden.” 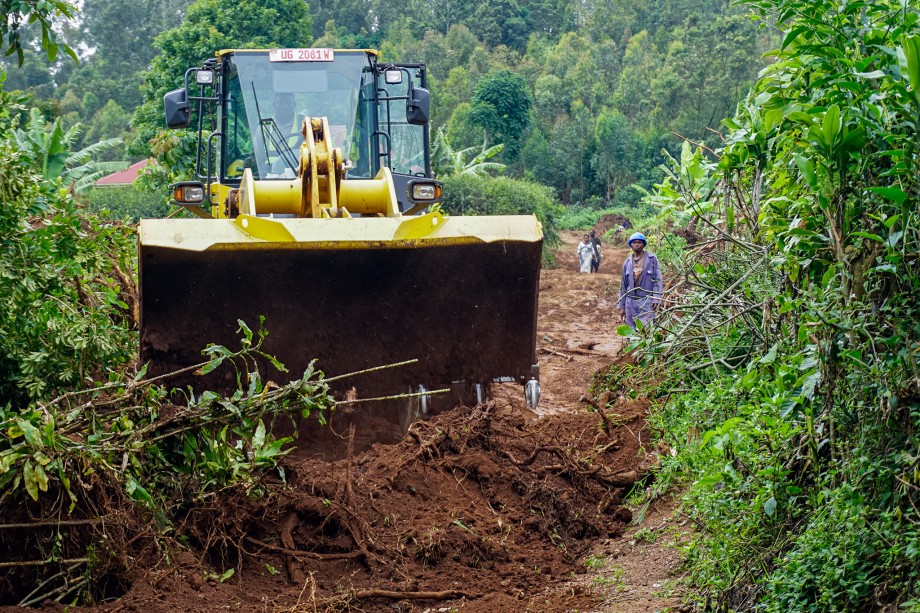 Hannington Muhame, in blue overalls, inspects work done by a tractor as it opens a new feeder road in Rukiga District, Uganda.

Kiiru, a single mother of seven, could barely find the words to break the news to her neighbor, Wenseslus Ariho, a father of four. They had both fought hard to cultivate the little patches of land they had purchased, hoping to feed their families on what they could grow and maybe earn a little income on the side.

Both Kiiru and Ariho knew that new roads would come with the district status. But since they depend on subsistence agriculture, Kiiru and Ariho believe the progress is not worth the price they’ve had to pay.

Uganda’s five-year National Development Plan, published in 2015, recommends that local and national government agencies adopt policies that will stimulate urbanization and transform Uganda from a mostly rural, agrarian society to a more modern, economically stable one.

Uganda is currently divided into 134 districts and the capital city of Kampala, which are grouped into four administrative regions. In 2005, government officials began to divide those districts into smaller units, in theory to provide better services to more people.

Residents who complain about tiresome travel on winding, bumpy roads must accept what it takes to improve that situation, says William Rwanyarare, the Rukiga District planning engineer.

“We had to cut 7 meters (23 feet) of land from both sides of the road to make up for a 14 meter (46 feet) road, which will be ideal for a double lane,” Rwanyarare explains.

But many Rukiga District residents question how this strategy will improve their lives. Given that they depend solely on land for survival, primarily as their main source of food, they say it has further disrupted their lives, especially when they already struggle with land ownership issues.

Akandinda insists that residents knew what to expect. “We arranged community meetings and informed the people of how we were going to open up roads for the town council,” he says.

This is in accordance with the 2013 Uganda National Land Policy, which calls for a policy of openly providing information to the public about potential development within communities.

But though officials say they proceeded responsibly, many people say they weren’t prepared for the outcome.

Geofrey Rutahendeka thinks there was malice involved in the destruction of his property.

“In 2017, I had a blooming garden of sorghum,” he says. “I hoped to sell the grain and get over three bags, which would earn me a million shillings ($271). But then this tractor came by, destroyed my crops, and I did not get compensated.”

Worse still, that part of the road project was eventually abandoned and reverted to bushes and undergrowth, Rutahendeka says.

Hoping the program had ended, Rutahendeka waited a year and returned to his plot, managing to cultivate a garden of beans and a banana plantation. In November 2019, the land was destroyed under the same program.

Despite these complaints, some remain optimistic about having a Rukiga District to call their own.

Jane Ahimbisibwe, whose land was not affected, says, “We were sensitized and told that we must expect development. So if we have to lose land, this is part of the cost of development.”

But the list of people affected by this progress is growing. Rutahendeka says he speaks for everyone who’s gone through what he’s endured – and many others who have not yet come forward.

“We would like to know if we are Ugandans or not,” he says. “If we are, how are we going to continue living in a country where we have no land and a livelihood? Can we get to Parliament?”