Skip to main content
The story you are reading was published on Sunday October 1, 2017. To read more recent stories click here. 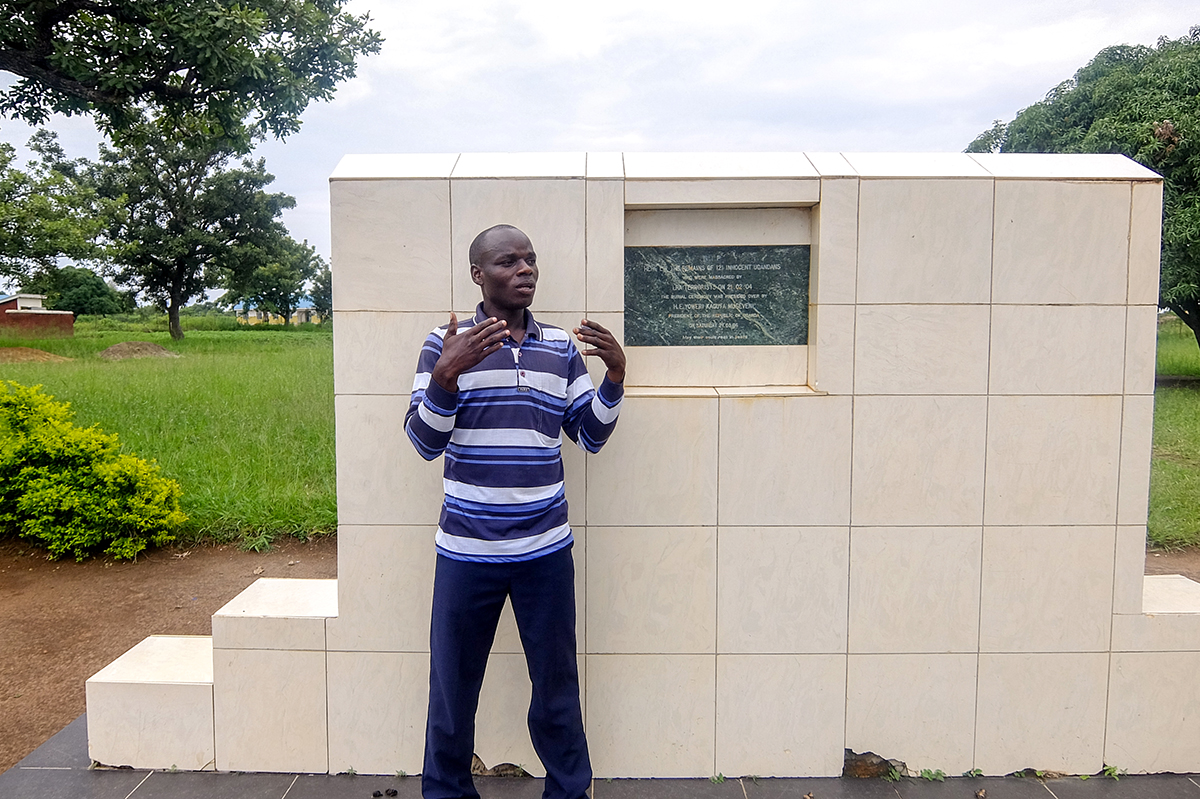 LIRA, UGANDA — The roads from Uganda’s Namayiba Bus Terminal to Lira district is a smooth ride are good. It makes for a smooth ride. The city of Lira, the capital of the district, is growing. Today, it’s a relatively busy place, with trucks, double-cabin taxis which are similar to lorries, and motorcycle taxis, locally known as bodabodas, filling the city’s streets. It’s a striking scene to watch as a first-time traveler in northern Uganda.

However, the village of Barlonyo, our destination, is still an hour’s drive from Lira.

Despite the smoothness of the drive, the road to Barlonyo, where we will visit the Memorial Site for the Victims of Barlonyo Attack, is riddled with reminders of the past and the atrocities of Joseph Kony and his Lord’s Resistance Army, also known as the LRA. 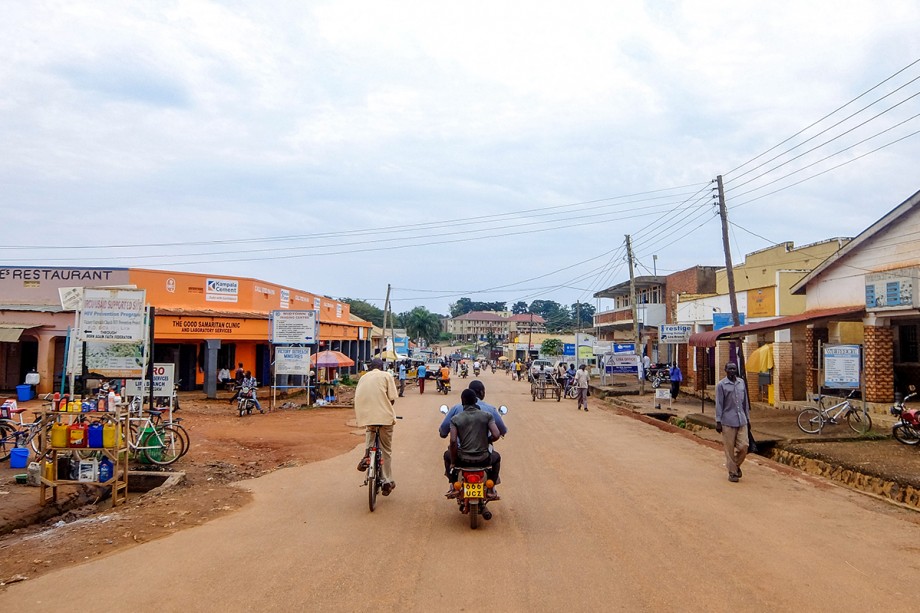 A journey begins from the city of Lira to Barlonyo, a village in Uganda’s Lira district. The city is bustling with people going about their daily business, but the drive from Lira’s center to Barlonyo is a quiet one, full of reminders of the past.

In 1987, Kony formed the rebel group with the aim of overthrowing the government of President Yoweri Museveni. Since the early 1990s, the LRA’s actions have spread over Uganda’s borders into South Sudan, the Democratic Republic of Congo and the Central African Republic.

But the LRA’s effect on human life has been most severe in Uganda. At least 20,000 children were abducted, more than 1.9 million people have been displaced from their homes and thousands died between 1987 and 2006.

Just 10 minutes outside of Lira stands Ngetta Catholic Mission Church. Here Radio Wa, a local station, teaches listeners about the war that struck northern Uganda. The station has also broadcast messages of peace and reconciliation. It used to be housed in St. Peter Claver Catholic Parish, but it was burned down by LRA rebels to intimidate locals.

Between Ngetta Catholic Mission Church and Barlonyo, the countryside is beautiful. Riding along, you can see people going about their business: a woman using all her might to pump water at a well, jumping up and down to get as much as she can into her jerry can; school children enjoying a football match; a truck taxi overloaded with passengers traveling between villages.

The truck taxi may not look safe and may leave you covered in dust when you ride during dry season, but Justus Owori, a motor taxi driver from Lira, says the packed truck taxis rarely have accidents. 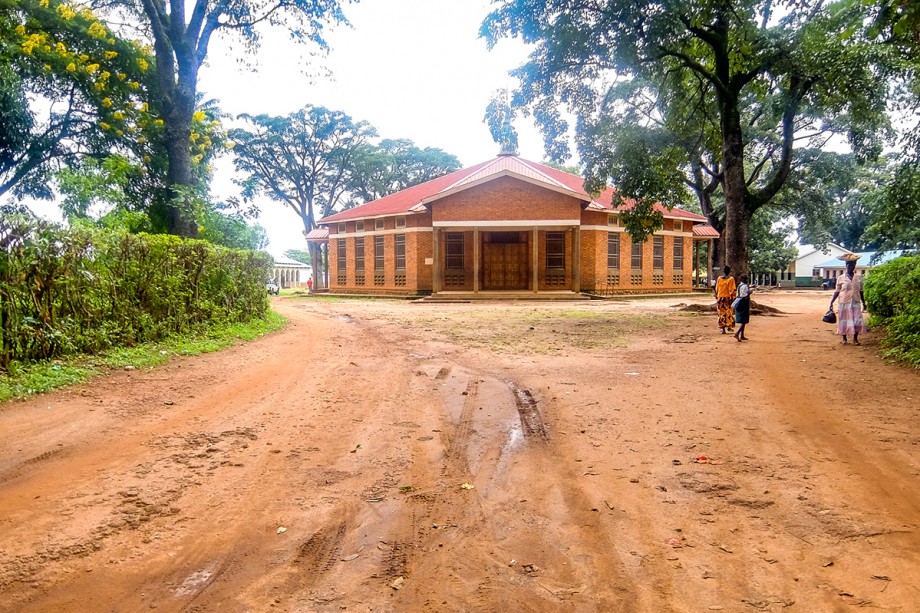 Ngetta Catholic Mission Church is the home of Radio Wa, a station that has advocated for peace in northern Uganda during the country’s civil war.

Barlonyo
Barlonyo, a village in Lira district, was a safe place up until the 2004, massacre carried out by LRA rebels. The village, guarded by the Uganda Peoples Defence Forces, or UPDF, the country’s armed forces, was a place of refuge for a number of people from northern Uganda who were internally displaced as a result of the war.

We’re headed to the village to visit the memorial site for the victims of the attack. Locals visit the site not only to pay respects but to remember what happened here and reflect on the effects of war on communities and onthe need for reconciliation – never forgetting what occurredin the hope that it does not occuragain. Communities are still seeking justice for the war crimes committed by Kony and other such perpetrators.

Seven kilometers (4 miles) away from the memorial, a roadside poster boldly states “Barlonyo Attack” in a large font. 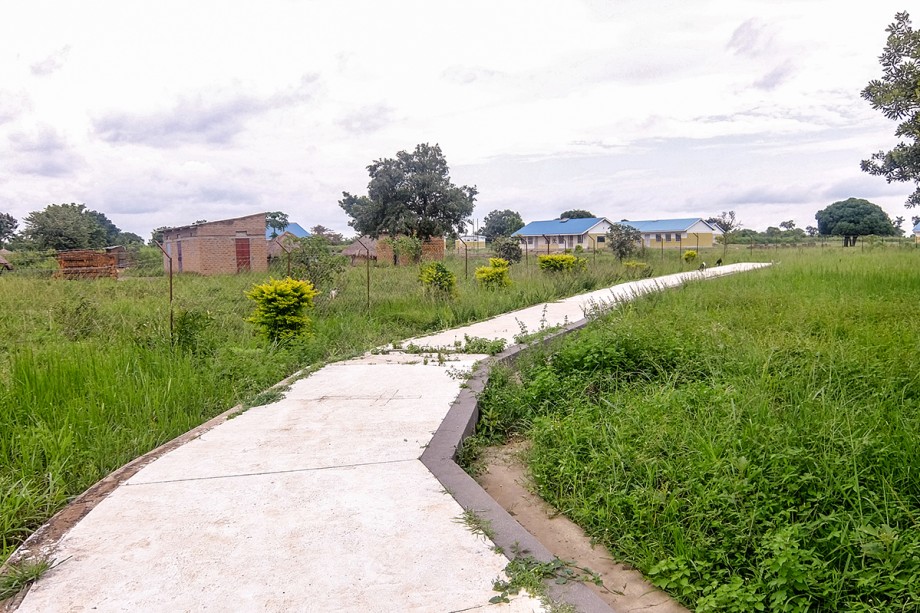 There are mass graves at the Barlonyo memorial site. The deceased were buried one on top of the other, and the graves span the right and left side of the site, creating a semicircle.

From there, the rest of the ride is a silent one. The grounds of the Barlonyo memorial are unkempt. There are reminders everywhere of the ways in which people still suffer the effects of the attack. A headstone at the site states that 121 innocent Ugandans were killed during the attacks, but locals dispute this and insist that more than3 00 people died that day. Peter Aduma, the memorial’s tour guide, says there were 300 deaths.

Alice Awor vividly remembers the day of the attack. She says the LRA rebels came from three different directions.

“The [UPDF] soldiers were outnumbered and defeated by the rebels,” she recalls. “When I thought the fighting had stopped, the first time I opened the door to have a look, there was still too much fighting, killing. People were beheaded, others were burned inside their homes, and others were being beaten with sticks. Houses were set ablaze while people were still inside. I remember finally coming out of the house and seeing so many dead bodies. I remember this every day.”

There are many deaths still unaccounted for, Awor says.

“The dead were not given a decent burial according to their culture, and it was done in haste by the government, and there is need for all of this to be made right,” says Silvano Elago, who was there at the time of the attacks. 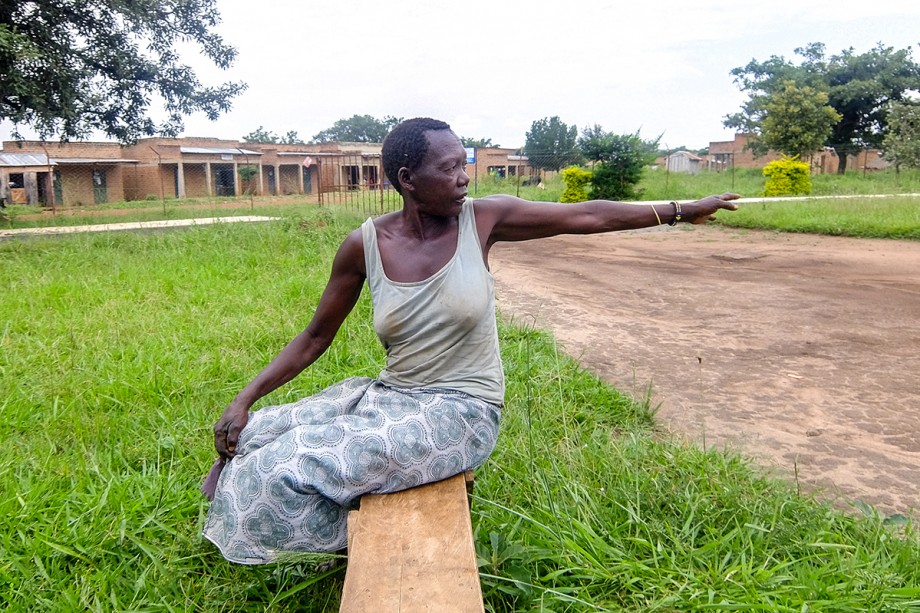 Visiting the memorial can help both locals and tourists understand the history of northern Uganda’s civil war and the events of the Barlonyo massacre. Taking a tour with Aduma, or listening to the stories of some of the people who witnessed the attacks – the survivors and the many children who became orphans – is an acknowledgment of the effects of the war.

“Some children left since after the attack and refuse to come back home because of what happened here,” Elago says. “They are lost, not knowing their heritage.”

It’s an important history for all who come to the region to know, he says.

Earlier this year, the government of Uganda, with support from U.S. special forces, concluded a six-year search for Kony, unable to find the fugitive warlord.

“These days, at least people want to live,” Awor says. “Now, they believe, at least Joseph Kony has gone away; they can live. But we still pray for those that took part in the crimes to be brought to justice. Our people need closure. We are still waiting for some of our children to come back home.”

Visit the Memorial Site for the Victims of Barlonyo Attack
There are a couple of travel options to get to the memorial.

The first is to take a bus from Kampala to the city of Lira. From there, you can easily hire a taxi to travel the rest of the way. Visitors can also hire or rent a car in Kampala and ride straight to the memorial. If you choose to travel alone, the memorial is not hard to find, but it helps to ask locals along the way to make sure you are on the right track. Upon arrival, Peter Aduma will open the gate to the memorial. He can be contacted at +0779717470 or +07169717470.