Skip to main content
The story you are reading was published on Thursday August 4, 2016. To read more recent stories click here. 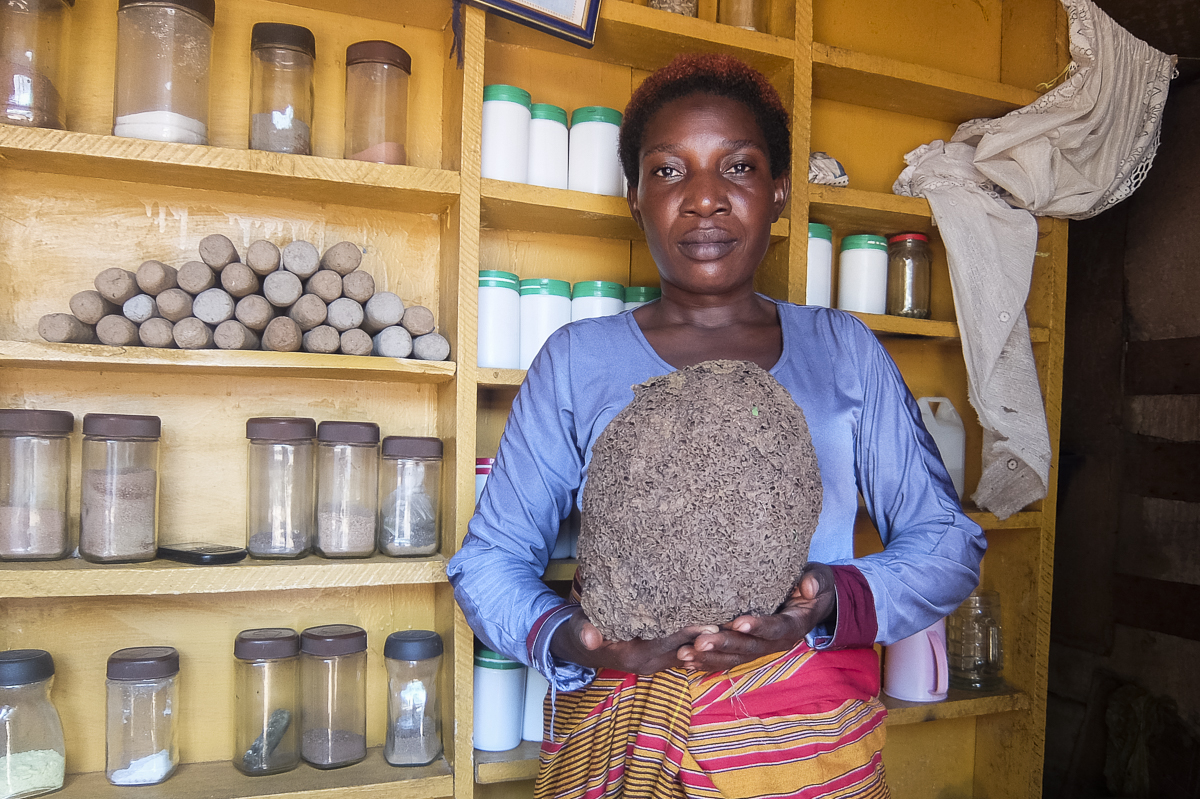 WAKISO, UGANDA — Julie Lutaaya’s relationship frustrations began when her fiancé hinted she was not “sweet” anymore.

“We are a very open couple, we encourage that, but I felt like he had just stabbed me in the core of my heart,” Lutaaya says.

On a friend’s advice, Lutaaya began taking an herb known locally as olusiti. Many Ugandan women consume the herb to boost natural lubrication.

“She said once I took the herb, it would act within hours of me taking it,” Lutaaya says. “So I went to the market, bought some, and as the market vendor instructed me, I boiled some and took it, then waited to get intimate with my fiancé that night.”

But the result wasn’t what Lutaaya expected. She took the herb two times, and for weeks she noticed a foul odor and other symptoms.

“I was embarrassed to tell my friend what was happening, my aunt or even my mother. I had never been so embarrassed in my whole life,” she says.

Most of Uganda’s population ─ 70 to 80 percent, according to a 2005 report from Makerere Medical School — rely on traditional healers for regular health care. It’s no different for women who have sexual or reproductive issues.

Women tend to seek out herbal remedies to treat vaginal dryness because they’re embarrassed, says Dr. John Bosco Mundaka, a gynecologist. There are high-quality herbs that are likely safe, but those are expensive enough that many women buy cheaper remedies from local herbalists.

“We cannot be sure of the hygiene and content [or] professional standards,” he says.

Some traditional herbalists use methods passed down from their ancestors, and it’s not always clear how the herbal concoctions affect health. Taking those herbs might have irreversible consequences, he warns.

We cannot be sure of the hygiene and content [or] professional standards.Dr. John Bosco Mundaka, a gynecologist, referring to herbal remedies

Ugandans have used herbal remedies for generations, but, based on the number of advertisements and street-side stalls selling the remedies, they seem to be getting even more popular. Advertisements with contact phone numbers can be seen on nearly every street corner: Experience vaginal rejuvenation! Cure dryness! Keep your partner! Enlarge your bum and hips! The promises are bold and frank, and many of them lead interested people to an area opposite Makindye Chief Magistrate Court where herbal sexual enhancers are sold openly.

Many women who seek the herbs are eager to please men sexually, says Hazifa Najjuko Kizuzi, a traditional herbalist. In some cases, women even advertise their high levels of vaginal lubrication on social media in an effort to attract men.

“If she posts she has much waters, men will seek her out and court her,” Kizuzi says, referring to plentiful natural lubrication.

Women report their own increased sexual satisfaction. Maureen Kemirungi says a special mushroom juice has improved her intimacy with her partner, so she buys it whenever she can afford it.

Most women take some sort of a supplement or herb for sexual health, Kemirungi says.

“In the open, they will pretend everything is OK with their sex life, but trust me, 90 percent of these women have sought alternative remedies to please a man by ways of attaining waters,” she says. “All women want to keep the man they love to themselves, so that he will not go out of the relationship to look for what you are not giving him.”

Rachael Kisakye says she uses herbs to overcome physical limitations she experiences when she feels stressed. Her husband is unemployed, she says, and the toll of caring for the family on her own is high.

“I do not have the strength to be aroused by my partner with so much going on, so when I heard about these herbal sex boosts, I decided to get some, and will take them occasionally just for a little boost and confidence and arousal,” she says.

Kisakye says she takes the herbs in a mixture with clay.

“All I have to do is mix it in hot water a couple of hours before being intimate with my partner,” she says. “It works like a charm every time.”

That success might be masking a larger problem, says Mundaka, the gynecologist. Vaginal dryness is a treatable medical condition, he says.

“Remedies include diet change,” he says. “Lifestyle change is very key, like minimal exercise, striving to live a stress-free life. The biggest road to recovery is being open to a physician.”

Being open to a physician includes being honest about use of herbs, he says.

Even some herbalists say women should seek standard medical care in some cases. Ssenga Zinunula of Shop of Ssenga is a well-known herbalist. (Ssenga is a word often used to refer to a sex therapist, but Zinunula uses it as her first name.)

Women like Lutaaya, who experienced a foul odor and other symptoms after taking herbs, likely had a problem before consuming them, she says. But the same is true for women who have vaginal atrophy, she cautions.

“It is always better for people to first seek medical treatment before they resort to herbal remedies, in order to find out what brought about this problem of vaginal atrophy,” she says.