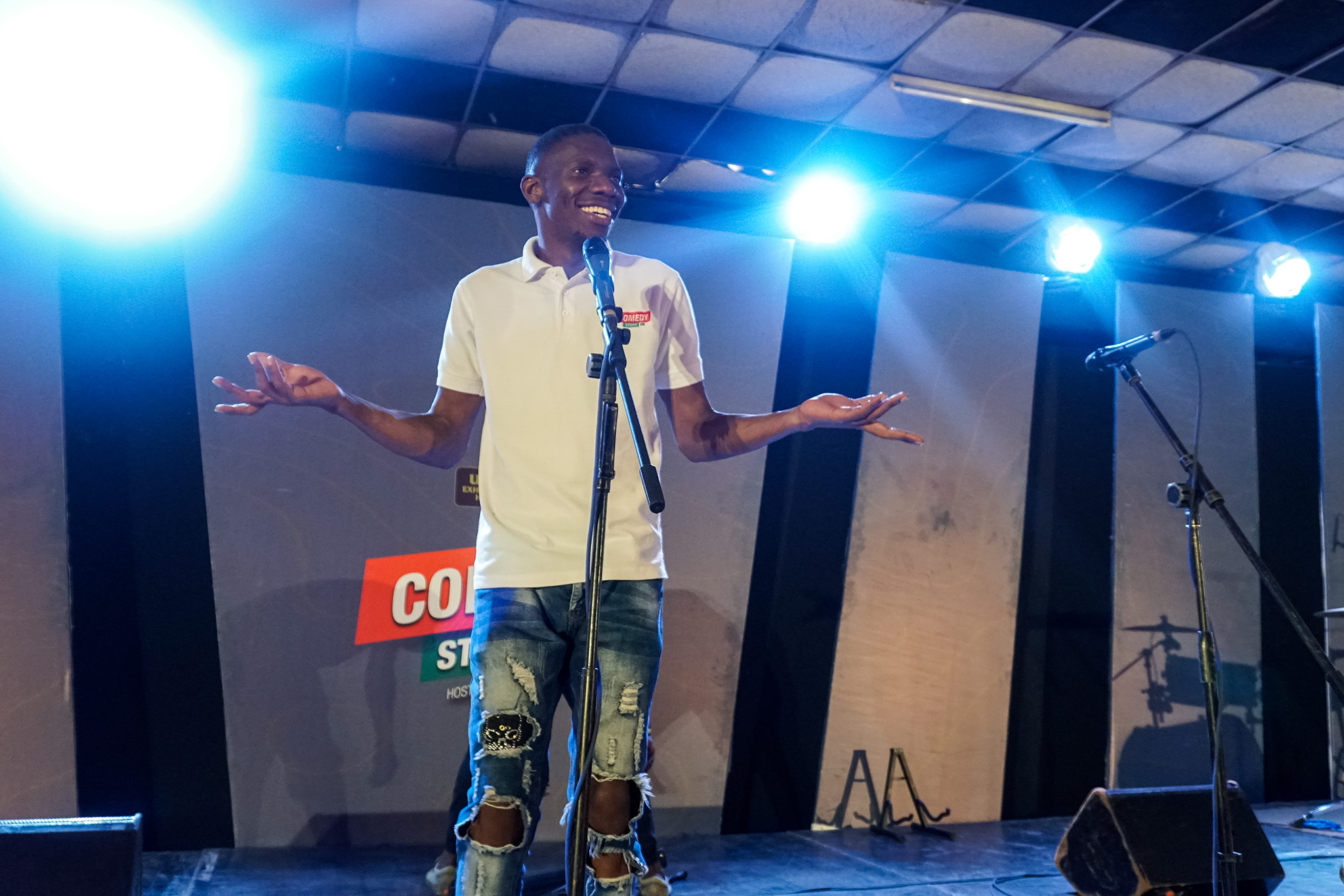 KAMPALA, UGANDA — Patrick Idringi, a veteran of the Ugandan comedy scene jumped on stage last year and fueled an uproar by joking about one of the most sensitive subjects in the region – the Rwandan genocide.

Idringi’s act incensed many Rwandans on social media, who said that making light of the 1994 genocide – when militias killed 800,000 people in less than 100 days – should be off-limits.

Idringi, who goes by the stage name Salvado, eventually apologized and vowed to choose his words more carefully. Soon he could face more than angry fans for his snarky asides.

Draft regulations by the Ministry of Gender, Labour and Social Development would require comedians to obtain a license, sign a code of ethics and have their scripts approved by a committee in advance. While some comedians support professionalizing the industry, many performers and their fans worry such top-down rules will stifle creativity and crush free speech.

“The spirit behind the regulation of comedians’ activities by government may be from a good place, but we as comedians should be allowed to participate in the process so that the art and fun is not murdered,” says Idringi, who is also vice president of the Uganda Comedians Association. 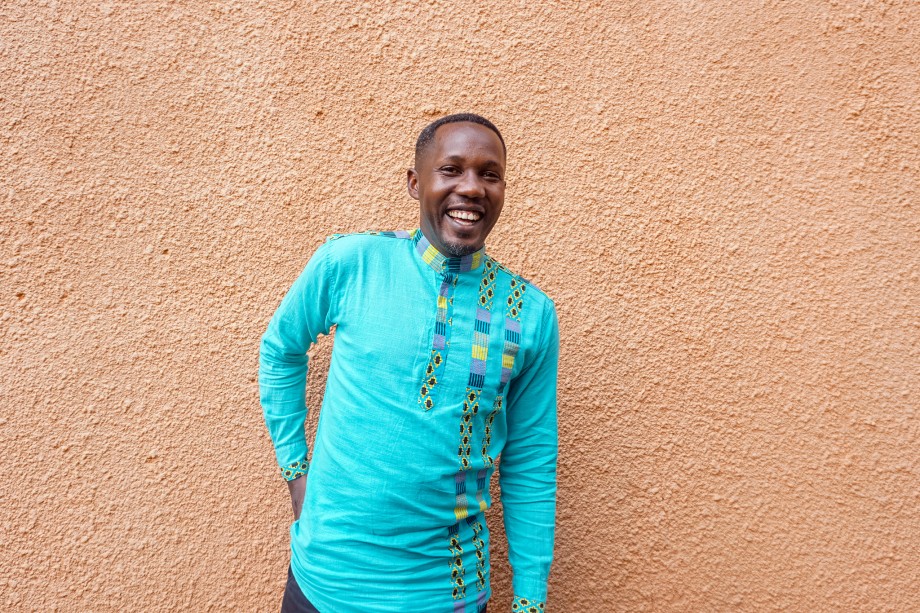 Kenneth Kimuli is generally supportive of the government’s plan to regulate the work of comedians. He worries low standards disgrace the industry.

The proposal reflects a growing tension over the rights of Uganda’s citizens to speak out against the government. Authorities recently arrested four comedians who performed a skit criticizing the country’s leaders. They accused the group of promoting sectarianism. Some activists and journalists who have taken aim at senior government officials in recent years have received jail sentences or been suspended from their jobs.

Innocent Byaruhanga, assistant commissioner for family and culture affairs at the ministry, says political jokes will only be censored if they are considered to violate human rights or be indecent.

It’s unclear whether Idringi’s joke — a segment where he referenced genocide while riffing about a boarding announcement for Rwanda’s airline — would fall into those categories.

As part of the proposed law, a committee of professional comedians would draw up a set of agreed standards. The committee would screen every script performed in Uganda to ensure it meets those standards.

Byaruhanga says the guidelines will definitely prohibit nudity, “indecent” dress and any artist who “portrays pornography,” but the committee may decide to include further rules about what is and is not acceptable for a comedian to say onstage.

He says the regulations are in response to audience complaints about misconduct from all types of performers and could pass this year.

“There have been challenges over uncoordinated artists: the fights existing among them, extortions happening, someone announces five [concerts] and attends two,” Byaruhanga says. “These have sometimes resulted in chaos. The law emphasizes honesty, integrity and respect for others.”

The spirit behind the regulation of comedians’ activities by government may be from a good place, but we as comedians should be allowed to participate in the process so that the art and fun is not murdered.Patrick Idringi, vice president of the Uganda Comedians Association

The Ugandan comedy scene has been largely unregulated since 2007, when the Stage Plays and Public Entertainment Act was revoked by the Uganda Communications Commission. The act was scrapped because it no longer addressed the concerns of modern-day artists, Byaruhanga says.

Many of Uganda’s comedians agree that low standards and vulgar jokes are disgracing the industry. But they want to provide solutions themselves, rather than have them imposed by the government.

Idringi says the Uganda Comedians Association, which was founded in 2019 and has 66 members, should regulate the industry.

Danuael Kalela, another member of the comedians’ association, has performed comedy for four years in the Lusoga language. He often jokes about politics and says the proposed regulations will ruin his act.

“We won’t do jokes about the government or ministers,” he says. “Comedians will be destroyed.”

Government restrictions on public gatherings, fueled by concerns about the spread of the coronavirus, have forced concerts to shut down or go online.

But even before the halted performances and proposed law, some comedians talked about censored acts — particularly related to President Yoweri Museveni, who has ruled the country for more than three decades.

Kenneth Kimuli, a member of the comedians’ association who goes by the stage name Pablo, says he was advised to self-censor by a government official after making a joke about the role of Janet Museveni, the president’s wife and minister of Karamoja, a region in northeast Uganda.

Afterward, “a security operative approached me and told me to leave statehouse matters alone,” he says.

Even so, Kimuli says he cautiously welcomes plans to regulate the profession, as long as it’s done in consultation with comedians. He thinks Uganda’s comedy industry could use better standards.

“Anyone who steps on stage and cracks a joke is considered a comedian,” he says. “They hardly know that it’s a form of art that has structure.”

He plans to set up a mentorship academy to pass on some of the skills and etiquette he learned while attending a comedy academy in Los Angeles, the home of Hollywood and a major west coast city in the United States.

Some audience members, though, fear government intervention will dismantle the comedy scene and suck the joy out of attending shows. Jane Rutamaguzi, a retail trader from the Kampala suburb of Kiwatule, worries the performances she loves to attend will lose their edge.

“It won’t be funny anymore,” she says. “You know, most interesting jokes are really about people in public spaces.”