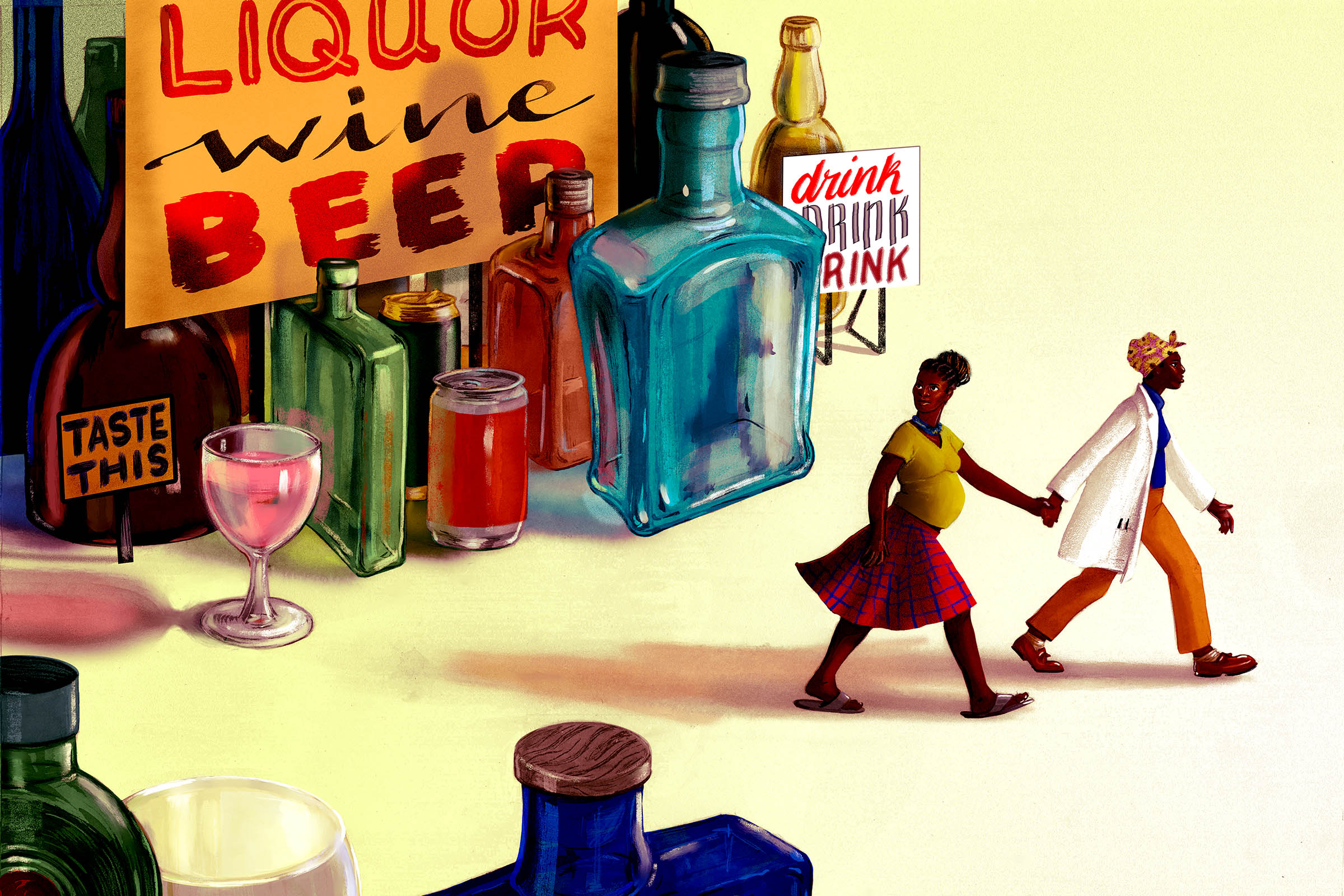 KAMPALA, UGANDA – When 32-year-old Percy Nalugo’s baby died at birth six months ago, the mother of two began to wean herself off alcoholic beverages. Admitting she drank at least three times a week while pregnant, she says doctors told her that her frequent drinking could harm her unborn baby’s health.

“A midwife had talked to me about not drinking when pregnant, and I did not take it seriously since I hadn’t seen the consequences,” she explains.

Now pregnant again, Nalugo says she is careful about what she eats and drinks, and she has completely removed alcohol from her diet.

But across the country, some pregnant mothers continue to consume alcoholic beverages. Local experts say the practice is widespread because of a lack of awareness among these mothers. But alcohol advertising, sponsorship and distribution is poorly regulated, contributing to the growing use of alcohol by pregnant women, they say. The government is making efforts to promote safer drinking, including considering new warning labels.

Ugandans are the top consumers of alcohol in East Africa. Total alcohol consumption per capita among Ugandans aged 15 and above, an estimated 51 percent of the population, is 23.7 liters, according to the World Health Organization. While drinking is more common among Ugandan men, alcohol dependence is also prevalent among women.

A 2006 survey published in the Maternal and Child Health Journal reveals that 151 of 610 surveyed women regularly consumed alcohol, even after finding out they were pregnant.

Alcohol use during pregnancy can lead to fetal alcohol spectrum disorders, including abnormal facial features, vision and hearing impairments, and speech delays in children. Miscarriages and stillbirths are also common among drinking mothers. While there is legislation to ensure safe consumption of alcohol, many don’t know it exists, local experts say.

A midwife had talked to me about not drinking when pregnant, and I did not take it seriously since I hadn’t seen the consequences.Percy Nalugo

Uganda’s laws criminalize the sale of alcoholic drinks to children under the age of 18, driving while under the influence, and the unlicensed manufacturing, compounding and sale of spirits and local brews, including enguli, a homemade gin.

But the government does not require warning labels, and there are no guidelines for alcohol advertising and sponsorship. In 2016, the government proposed a new alcohol-control bill to ban alcohol marketing, increase the minimum drinking age from 18 to 21, regulate times of the day when alcohol is sold, and require drink manufacturers to produce warning labels, among other changes. The use of warning labels could deter drinking, advocates say.

Some Ugandans drink excessively because there are no warning labels, says Hafsa Lukwata, the senior medical officer of the Ministry of Health’s mental-health unit.

There is also no current or reliable data in Uganda on the number of neonates that are exposed to ethanol during pregnancies, but it is common to see the effects of pregnant drinking here, says Justine Nakakande, a midwife at the Kisaasi Church of Uganda Health Clinic and Maternity Centre. Mothers who drink often give birth to babies with low body weight, she says.

“It also upsets mothers and causes trauma, destroys appetite, and they produce small babies, so we have to retain them here longer, until baby is out of danger,” she says.

Drinking while pregnant has caused congenital heart disease in mothers and babies, too, says Judith Namuyonga-Twesiime, a pediatric cardiologist at the Uganda Heart Institute in Kampala, Uganda’s capital.

But 35-year-old Monica Nimusiima, a mother of four, says she drank during all of her pregnancies, though she was advised not to.

“They are very normal. No one has died or has any unusual illnesses,” she says of her children.

Parliament will review the proposed alcohol-control bill by the end of June, says Betty Nambooze, parliamentary member for the Mukono municipality. In addition to the bill, the government is developing multimedia campaigns to educate pregnant mothers, Lukwata says.