Skip to main content
The story you are reading was published on Sunday October 16, 2016. To read more recent stories click here. 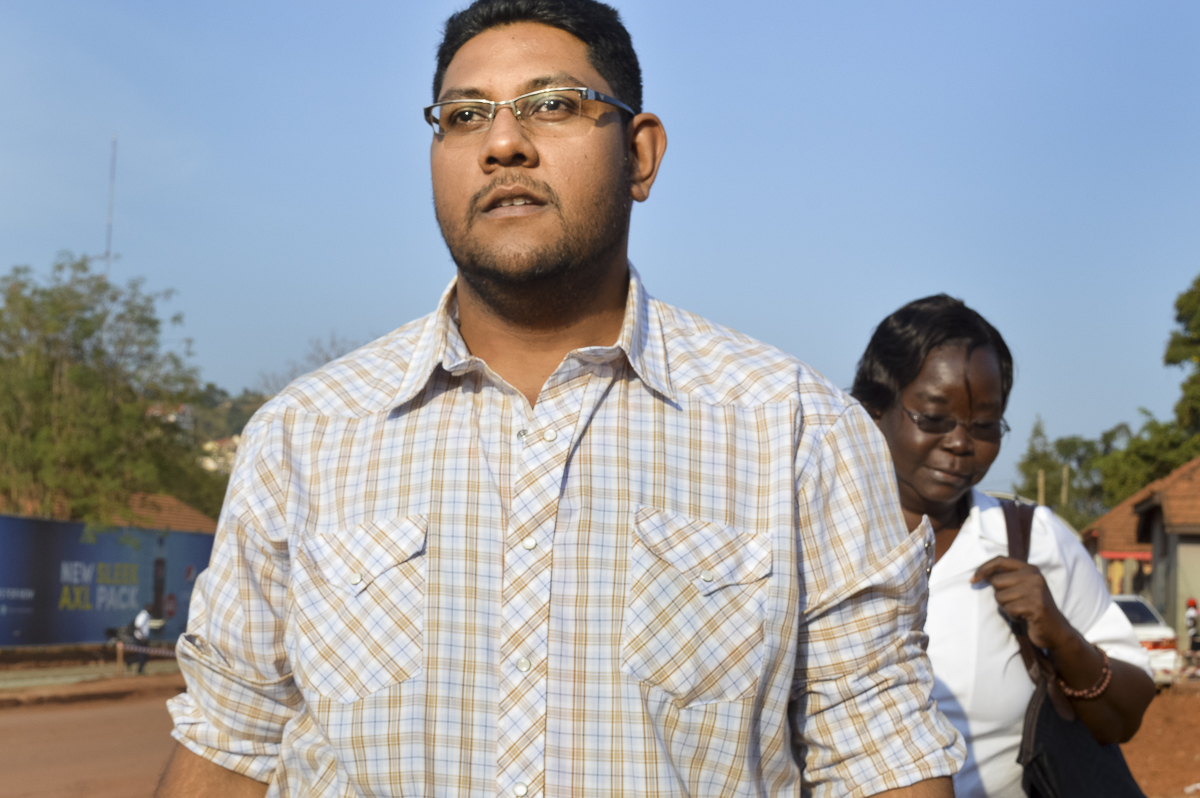 KAMPALA, UGANDA — Rashid Kumal, a Ugandan of Indian descent, was walking on a Kampala street in June when a man grabbed the back of his shirt. Kumal had just spit on the ground, and the man wanted Kumal to scoop it up.

At first, Kumal refused. But then he saw that the bodaboda (motorcycle) drivers who were with the man were gathering around him. So Kumal rubbed the spit away with his shoe.

“I knew the mistreatment had nothing to do with the spit, but because I was Indian,” Kumal says.

The situation could have turned violent, he said, so Kumal did as they asked.

It’s not the first time he’s had negative interactions with black Ugandans, he says.

Asians, who had for decades held influential positions in Ugandan business and other sectors, were abruptly expelled from Uganda in the early 1970s. Since then, Asians have regained some stature in Ugandan society, but racial tensions remain.

“You feel [the tension] every time, anywhere you meet an Indian, whether buying or selling something from them,” says Zam Nalwanga, a Black Ugandan.

The presence of Asians in Uganda dates back to the end of the 19th century, when indentured servants from India came to construct the country’s railway. The workers faced horrific conditions, including strenuous labor and disease.

Most of the workers returned to India at the end of their contracts in 1901. About 6,000 remained in Uganda and were later joined by thousands of other Indians who sought economic opportunities.

I remember watching demonstrators attack Indian-owned businesses. A number of Indians stayed at the police station for the night in fear. Jayant Maru, a Ugandan of Indian descent

During the colonial period in Uganda, which stretched from the late 1890s to the early 1960s, British rulers boosted the status of the Indians in order to consolidate their rule, according to historical accounts. The Indians became political and economic middlemen between the British and native Africans. They engaged in trade and manufacturing as well as agriculture and public service.

Racial tensions boiled over during the presidency of Idi Amin, who accused Indians of exploiting native Ugandans and refusing to integrate into Ugandan society. In 1972, he directed all Indians – up to 70,000 of them, according to some estimates – to leave the country within 90 days.

“He thought that if he chased them away, Ugandans would be given a chance to run their own economy,” says Christopher Mbabazi, a history teacher at Amity Secondary School in Wakiso district.

The expulsions were widely supported among native Ugandans, even though the country’s economy suffered tremendously in subsequent years. Most of the expelled Asians fled to England and other Western countries. Their possessions went to native Ugandans while the government took over management of their big businesses.

When Yoweri Museveni, the current president, took power in 1986, he encouraged Indians to return to Uganda, and some even repossessed the businesses they originally owned.

Now, there are about 30,000 Indians in Uganda, according to The Indian Association, Uganda, and they hold controlling stakes in various sectors of Uganda’s economy, including agriculture and pharmaceuticals. Indian-owned businesses contribute more than 65 percent of the country’s domestic revenue and employ more than 1 million “indigenous” people, according to the association.

The tension between Asians and native Ugandans isn’t always obvious, but it sometimes turns violent.

Jayant Maru, a Ugandan of Indian descent, says he realized the intensity of the hostility in 2007 when an environmental protest turned into a racial dispute. Local Ugandans were protesting plans by the government to give away part of Mabira Forest, a protected area, to an Indian-owned firm for development.

At the time, Maru was a student at Aga Khan High School, which is part of a network of schools that started in Pakistan and India. He says he could hear anti-Indian chants on the streets while in school.

“They said ‘For every tree cut, we will cut an Indian’s head,’” Maru says. “I was scared. We wanted to go home, but the school administration gathered us all, including African students, in one place for safety. It was that horrible.”

One Indian man died during those protests and Indian-owned shops were looted, according to media reports.

“I remember watching demonstrators attack Indian-owned businesses,” Maru says. “A number of Indians stayed at the police station for the night in fear.” 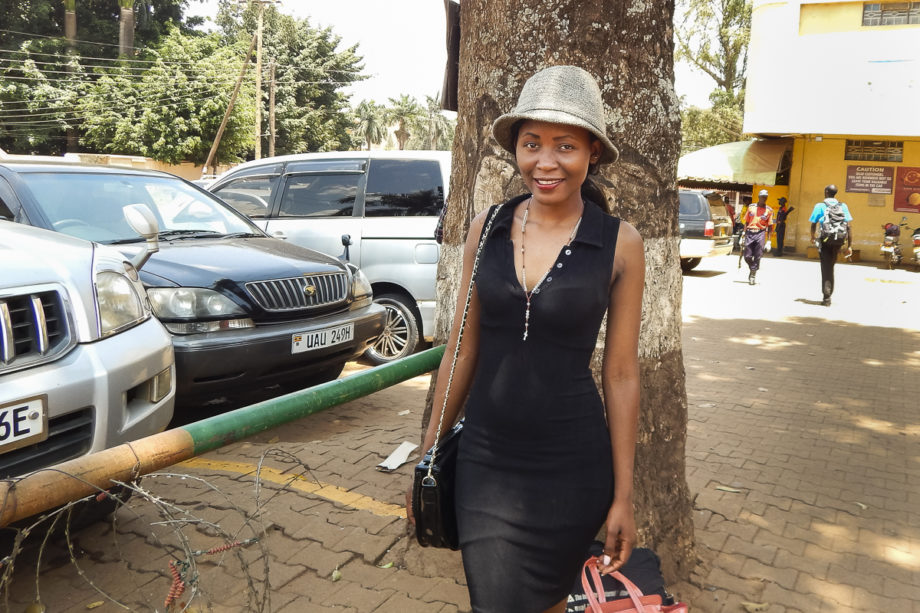 Tensions spill into all aspects of life, including the workplace. Many Ugandans say Indian employers don’t treat them fairly.

“They are the worst employers in Uganda,” says Angela Atuha, a Makerere University Business School student who worked at an Indian-owned clothing store during her gap year.

“They will never let a black person, however qualified, take up a high position in their companies,” she says. “Black Ugandans are always given low jobs.”

Norah Nabankema, a housewife, says she was humiliated when she inquired about a sales job in an Indian-owned shop.

“The interview he gave me was to clean his feet,” Nabankema says. “I felt disgusted. I was desperate, but I refused to be reduced to nothing,”

Diego Demello, a restaurant owner in Kampala and a member of The Indian Association, Uganda, warns against stereotyping Indians. Not all Indian employers treat workers poorly, he says.

“I have heard of these complaints before, but it’s not the case with my employees at my restaurant,” he says. “I pay them well and I would want to believe they are happy.”

Kumal, the Ugandan of Indian descent who was antagonized on the street, operates a computer shop in Kampala. Some black Ugandan employees don’t work hard, he says, and when they’re pushed to do better, they interpret it as being mistreated.

‘‘Most of those I have employed and dismissed want to come late, at their convenient time,” he says. “They will shy away from approaching a customer when he walks into the store, and almost every time I have to remind them that they are here to work.”

Some black Ugandans say the Indians and people of Indian descent don’t integrate into Ugandan society.

“The Indians never want to mingle with us,” Nalwanga says. “They consider themselves superior and live in isolation because they think we are not good enough to mingle with them.”

Kumal argues that integration into Ugandan society won’t change things. He was born in Uganda, he says, and his parents were among the few Indians who remained after the expulsion.

“Even if you can speak the local language, it doesn’t matter,” he says. “To African Ugandans, you are Indian and that will call for a different attitude.”

Some interviews were conducted in Luganda.