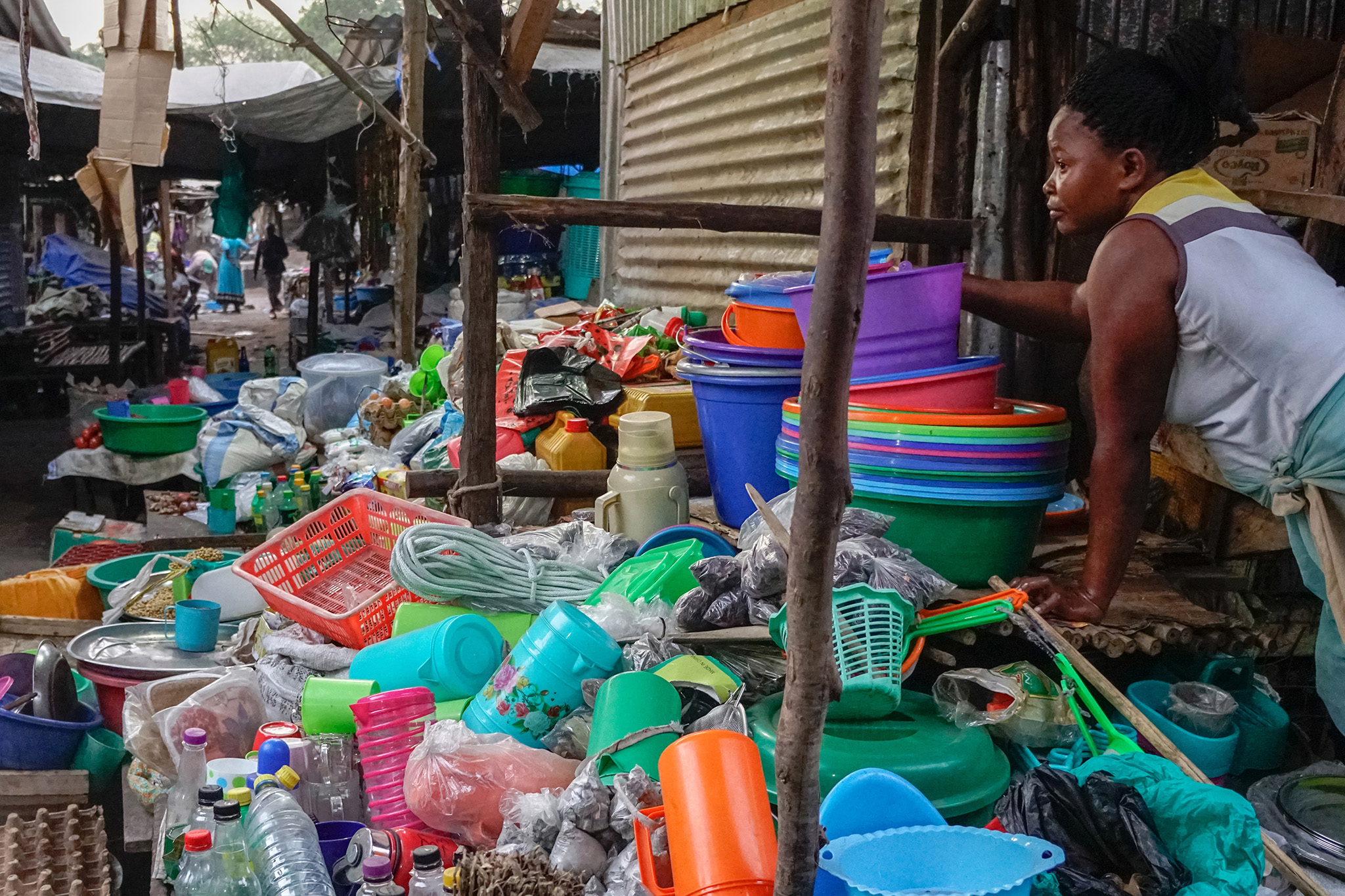 ELEGU, UGANDA — It didn’t rain the day 2-year-old Raymond Giga was found submerged in water next to the bed he shared with his mother.

But the River Unyama still poured in from the east and swallowed him, says Raymond’s mother, Sylvia Gimono, her eyes wet with tears. Raymond was two weeks shy of celebrating his third birthday when he tumbled off the bed into water pooling on the floor. His mother, in a nearby room, didn’t hear a sound.

An hour after his sister found him, Raymond was pronounced dead.

Gimono, who runs a small motel in this burgeoning community on the border of Uganda and South Sudan, blames the flood for taking her child’s life and decimating her business. She moved to the northern town of Elegu to make a living off increased trade as both countries, after years of internal conflict, settled into periods of peace. But she encountered a new kind of threat.

The November flood, which left thousands homeless and ruined numerous operations like Gimono’s, wasn’t the first. Destructive floods have overwhelmed the area multiple times in recent years as increasingly heavy rains meet with the side effects of a swelling population, including uprooted trees along the river’s banks and the destruction of wetlands through farming. While some officials point to the ramifications of growth, residents accuse the government of failing to implement a long-promised flood mitigation plan that may have spared businesses and saved the lives of children like Raymond. 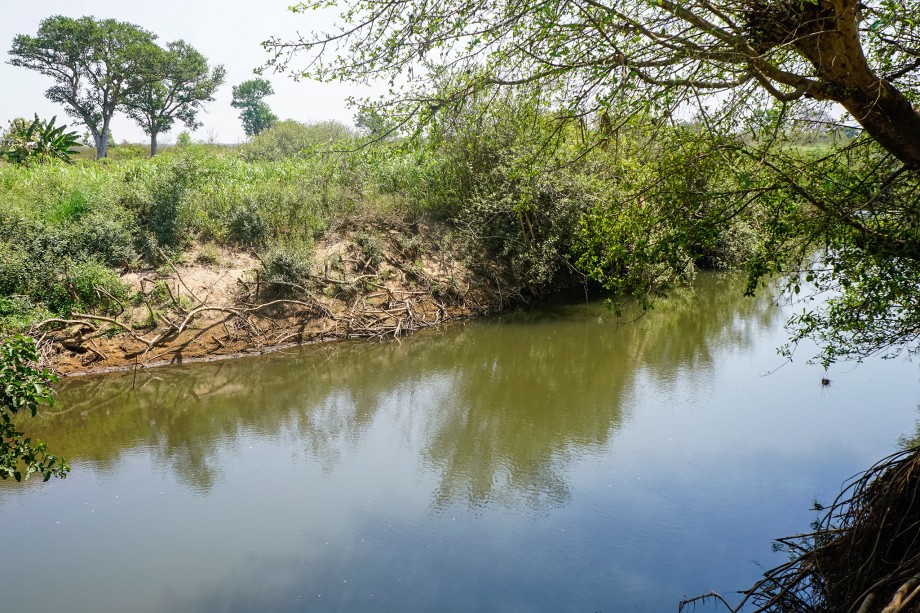 Ugandans who live near the border with South Sudan chopped trees along the riverbank to make room for an increasing population. This has made it more difficult to prevent flooding.

Government officials “are not feeling the pitch of the suffering of the people,” says Michael Lakony, a chairperson of the district where Elegu is located, about 163 kilometers (101 miles) from the nearest big city, Gulu. “This is a known disaster and should be easy to deal with.”

The town sits in a low-lying area especially susceptible to floods. “When it rains in Gulu,” he says, “in Elegu we cry.”

Uganda is experiencing more frequent and fierce droughts and floods, according to a 2018 climate change profile by the Dutch Ministry of Foreign Affairs. Rainfall is expected to increase, particularly here in the country’s north, escalating the risk of natural disasters.

Floods killed seven people last year, displaced more than 4,000 community members, and ruined billions of Ugandan shillings’ worth of goods, including cement and maize, Lakony says. Gulu received more than 90 centimeters (35 inches) of rainfall from September to November, about double the usual average, according to data from the national weather agency. 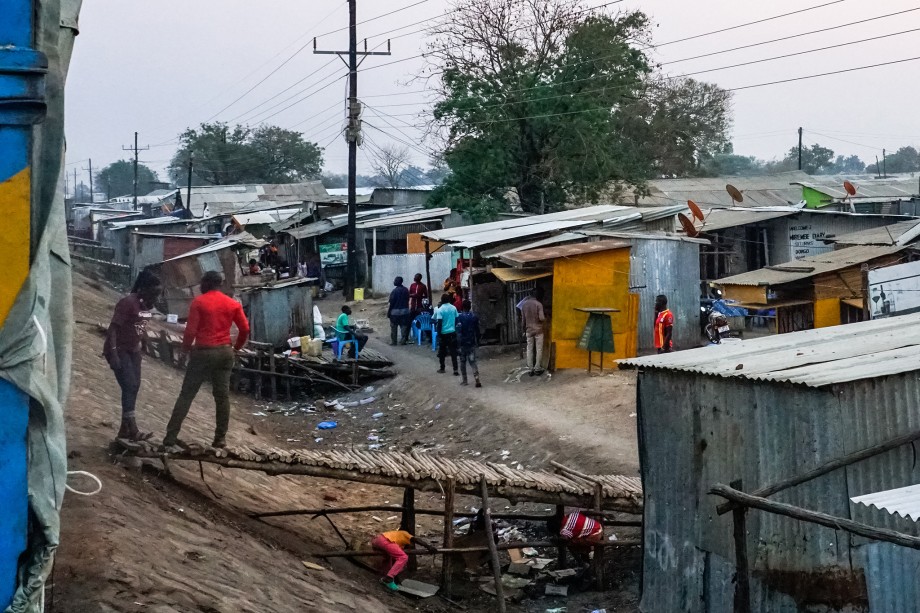 The Ministry of Trade, Industry and Cooperatives could have solved the flooding problem in 2018, Lakony says, when it signed a memorandum of understanding with TradeMark East Africa, a Nairobi-based nonprofit focused on trade, to implement a flood mitigation plan worth 1.8 billion shillings (about $490,000). The plan called for constructing a drainage system to contain the floods and creating channels 2 kilometers (1.2 miles) from Elegu to divert the water.

The area, by that point, had grown from a scattering of grass-thatched homes to a substantial community with a tarmacked road, the groan of breaking trucks and the constant buzz of moving commerce.

The growth started in 2008, soon after the end of Uganda’s two-decade civil war, which displaced nearly 2 million residents and, according to some estimates, killed more than 100,000 people. Three years later, South Sudan gained independence from Sudan and officially became a country. And the village of Elegu became a town.

Elegu’s population has grown about 30 times since 2012, when it had 4,000 residents, Lakony says. But nothing has come of the flood plan.

Government officials disagree. Amelia Kyambadde, the minister for Trade, Industry and Cooperatives, says an initial evaluation showed the area was too swampy to implement the mitigation plan. Government engineers are aware of the situation, she says, and are working with TradeMark East Africa on an alternative solution. She declined to discuss the timeframe. 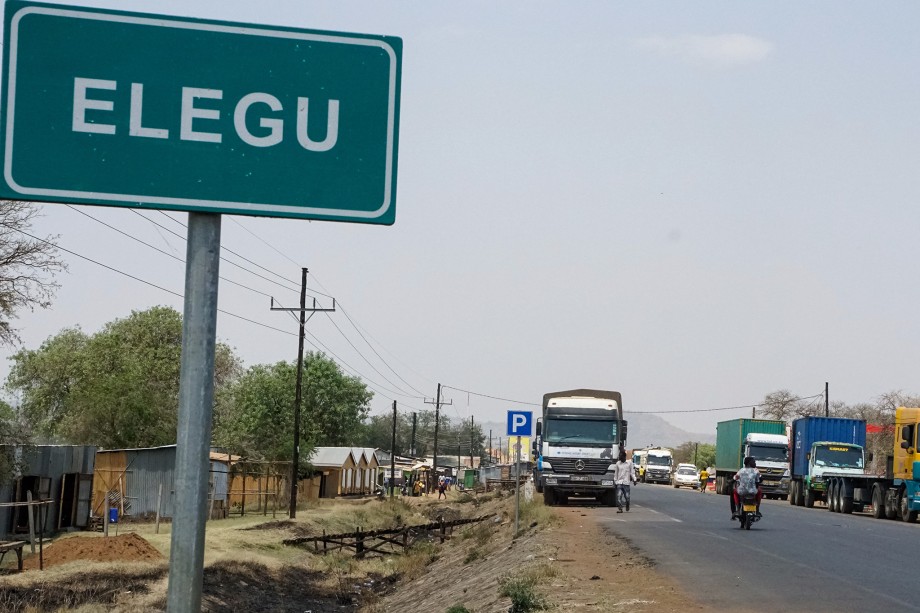 Wilfred Baguma, a local councilman, says water overflow has been an issue since the 1970s. But increased rain and farming near the snaking Unyama riverbank have worsened the problem.

Low-lying areas like Elegu tend to flood because residents have chopped down the trees near and along the river that could have contained overflow, says Joshua Zaake, executive director of Environmental Alert, a nongovernmental organization based in Kampala.

Many who have benefitted from growth are now the ones suffering. Sarah Nakizza, a household goods trader at Elegu market, has lost products to the floods. When the water flows through the market at night, she says, most of her stored goods get swept away.

Ugandans in the region initially made money exporting food, water, soap, eggs and construction materials to the newly independent South Sudan. But Elegu quickly grew into a way station for people who desired goods from either side — cooking oil, sugar and tinned milk are cheaper in South Sudan, for example — and for traders in need of accommodation.

Trucks lining the main road have Kenyan, Tanzanian and Ugandan license plates. Vendors sell sliced pineapples along a street crammed with lodges and a boisterous market.

Some now fear the repercussions of that development. Residents like Gimono demand a clearer strategy to deal with the lack of drainage channels and other mitigation techniques. If for nothing else, she says, than for her son.

Otherwise, “next time it will be another woman’s child killed by floods.”

Editor’s Note: TradeMark East Africa responded after publication to deny signing a memorandum of understanding with the Ministry of Trade, Industry and Cooperatives. The ministry didn’t respond to requests for comment.