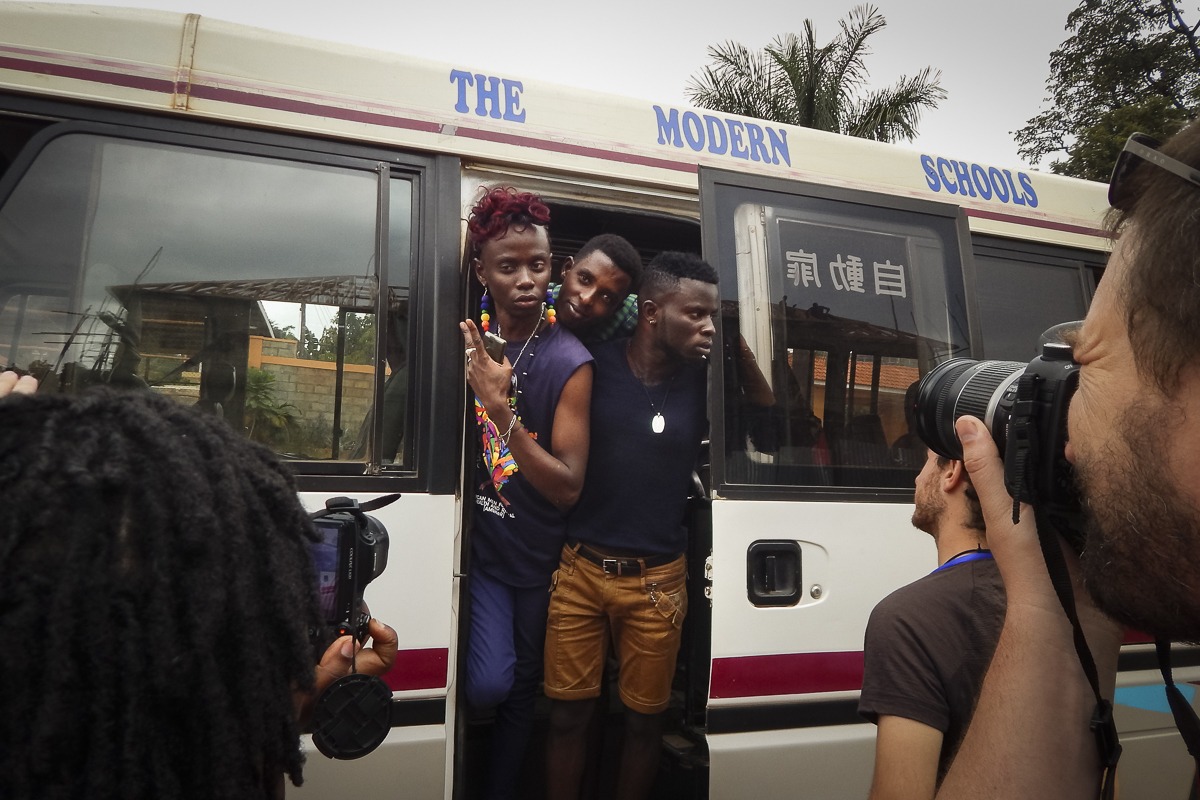 KAMPALA, UGANDA — It’s a crime to be a homosexual here. The law that pushes gays, lesbians, bisexuals and transgender people out of the public eye is controversial at a global level, but prominent Ugandan lawmakers say they don’t intend to ever back down from their support of legislation that makes homosexuality illegal.

People found to have engaged in homosexual acts or who are suspected of conspiring to engage in homosexual acts can face time in prison. Even harsher proposals, including one involving a potential death sentence, have been considered.

David Bahati, a parliamentarian representing Ndorwa County West in Kabale district, was the primary architect of the 2014 Anti-Homosexuality Act, which called for life imprisonment for people found to have engaged in homosexuality and prison time for people who merely conspired to do so. That law was approved by parliament and signed by Pres. Yoweri Museveni, but was later overturned in court because parliament lacked the quorum needed to make its passage official.

Global Press Journal asked Bahati, now Uganda’s Minister of Finance, Planning and Economic Development, about his beliefs regarding issues related to people including those who are gay and lesbian, and why he plans to keep pushing for a strict ban on homosexuality.

Hon. Bahati, what inspired you to join politics?

Why did you draft the anti-homosexuality law?

The [law] prohibits unnatural offenses against the order of nature.

There was mushrooming promotion of homosexuality in schools, which was disrupting the general order within the community and family. I was also driven by the confusion this would cause alongside unsuspecting victims, for example the children in schools, who were being exposed to sexually transmitted diseases.

The original anti-homosexuality bill was later challenged and rendered null and void. What is your take on that?

What are your next steps in regard to ensuring that this law is re-instated?

In your opinion, what was your greatest achievement in the process of drafting that law?

The creation of awareness against the dangers of homosexuality. The passing of this bill into law was, to me, gratifying. I felt good because I saw my sweat paying off. The making of this law has also shown Uganda as a strong-willed country. We stand for what is right despite the pressures that come with it.

It also shows that we are a God–fearing country. Despite all the odds, we respect the marriage institution according to how God willed it, and we are not swayed by foreign influences which we do not comprehend.

Do you have any regrets about starting this process?

Not at all. All I have is encouragement. I feel good that most Ugandans were very sane and steadfast to support my motion and turn it into a law.

What else do you plan to do to rid Uganda of the LGBT movement?

[The government] has put a robust mechanism to ensure Ugandans are against LGBT. We are prepared to use any instrument that can help us keep off this evil.

What motivates you on this issue?

The conviction and understanding that [homosexuality] is not a value that we cherish. It is not a human right, it has many health hazards, and it falls short of godliness.

What have been the most difficult moments for you in this process?

Every day was not easy. The biggest setback was pressure from the international community. It made me feel as if I had to lose my voice in my country, but I am glad this did not happen. When all is said and done, no good thing ever comes easy, but we managed to overcome

Do you believe that it is possible to be born as a gay or lesbian person?

Doctors [have] proved that the homosexual feelings are a creation of the mind by a couple of crazy people. There is nothing like being born a woman but feeling like a man.