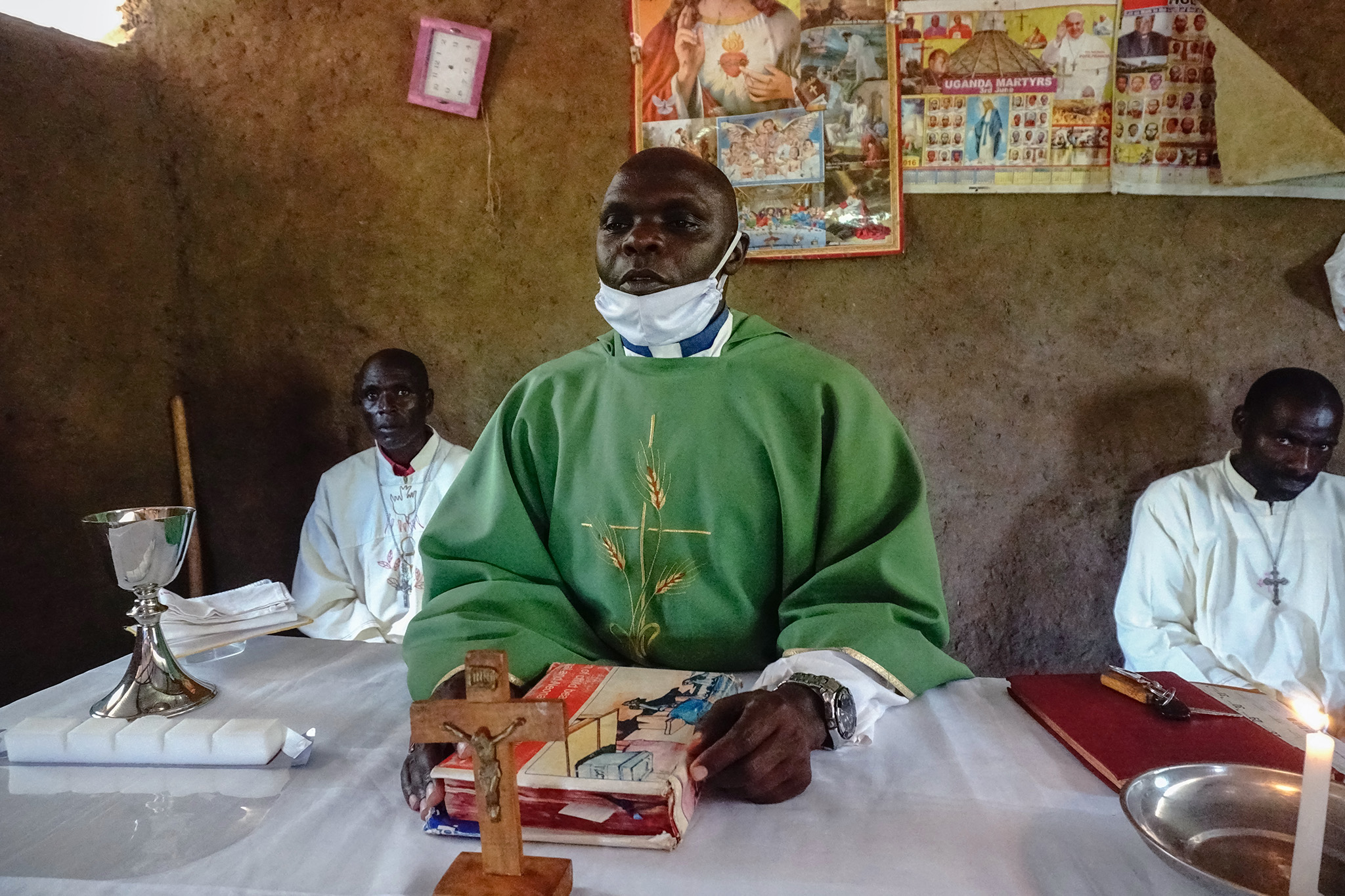 KIKUUBE, UGANDA — During a dynamic liturgy one recent Sunday in western Uganda, songs waft to the skies, mixed with the rhythms of drums, shakers and piano. Humorous and fast-moving, the Rev. Raphael Kajura uses his homily to attack hypocrisy.

Then he finishes Mass with this: “Men of God, please support your wives to have good families. Escort them to clinics and listen to the instructions the nurses tell you about natural family planning.”

Afterward, children run to him. He goofs around with them as they ask for blessings.

Kajura, 43, is part spiritual leader and part activist, equally at ease blessing and baptizing children as he is caring for the physical and economic welfare of his congregants.

He is one of 40 priests throughout Uganda — and 143 clerics from various faiths — tapped for an unusual mission by EngenderHealth, a nongovernmental organization: to help make communities aware of the importance of maternal and reproductive health.

“We engaged priests because we knew they have a great influence on the followers,” says Molly Tumusiime, the coordinator of EngenderHealth’s Uganda office when the organization, which focuses on sexual and reproductive health, trained the clerics in 2017. “It’s easy for the followers to go and learn about maternal health if they were advised by religious leaders.” 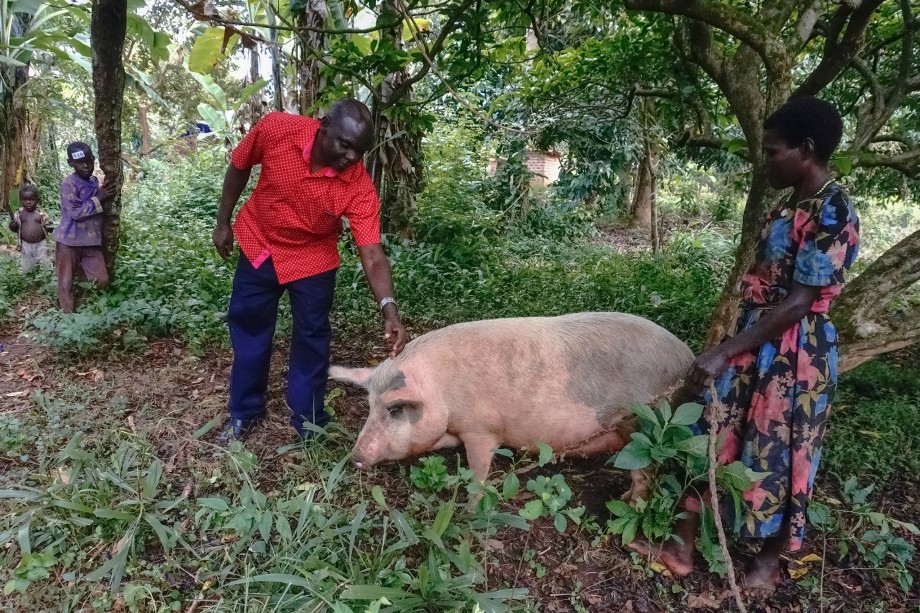 Congregants show Raphael Kajura, center, a pig they have raised as part of a project to help them increase their income. Kajura started the project after realizing that many parishioners lacked the means to reach clinics and access information about maternal health and family planning services.

Family planning issues hold a peculiar challenge for the Catholic Church in this East African country, where more than 13 million people claim the faith, according to the 2014 census.

The church teaches natural family planning, in which women avoid pregnancy without using contraceptives. But Ugandan women have an average of five children. This, experts say, has a profound impact on the economic progress of Uganda, a nation of subsistence farmers.

“Large families imply a lot of consumption in terms of food, fuel, medical [needs], education and transport,” says Fred Muhumuza, a development policy analyst and lecturer at Makerere University in Kampala. “They will have no savings, and hence can’t make investments to move out of subsistence farming. They are likely to remain in a poverty trap.”

A priest for a decade, Kajura has ministered for seven years in western Uganda, in the Kabwoya parish in the Kikuube district. He oversees 33 divisions, or subparishes, with more than 10,000 people, he says.

"It’s easy for the followers to go and learn about maternal health if they were advised by religious leaders."Molly Tumusiimecoordinator of EngenderHealth’s Uganda office

In recent years, women worldwide have increasingly resisted the church’s teachings on family planning, turning instead to artificial means of birth control.

Kajura doesn’t promote artificial birth control, but he wants women to be healthy. So along with urging couples to use natural family planning, he also exhorts them to get sound medical advice and have their babies a few years apart.

But his work is not easy.

One day in October, a parishioner from Mayanguse, a village 8 kilometers (5 miles) southeast of Kabwoya parish, shows him her newborn, her seventh child. She tells him it was hard to follow his advice to avoid pregnancy.

“When my husband returns from the bar, he does not want to hear about” natural family planning, she says. “He wants sex, and if I deny him, he beats me and throws me out in the cold.”

He also has heard women confess to abortions, which the Catholic Church opposes.

“Why did you do that?” he says he asked one woman.

“I could not afford to look after the child,” he recalls her saying.

Such confessions showed Kajura that family planning wasn’t just about methods of birth control. It was about poverty.

Uganda’s per capita gross domestic product is less than $800. And so in 2017, Kajura started a project to provide economic opportunity in part to help couples pay for maternal health services. 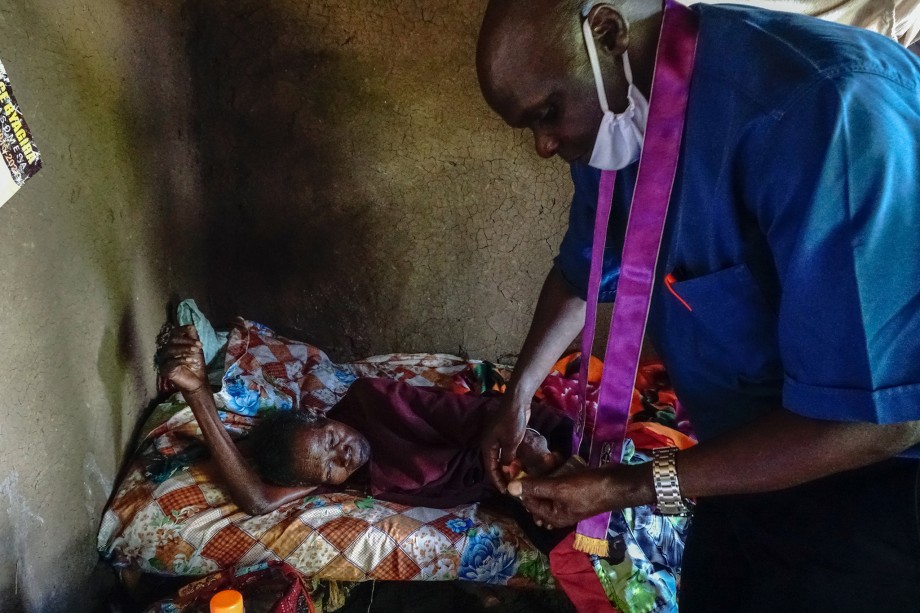 Raphael Kajura anoints and prays for Modesta Ndihabutsya, a parishioner who has colon cancer. The priest says he believes he must address the range of his congregants’ challenges, including their physical and economic needs.

His project involves pigs, and it works like this: In a cluster of 10 people, the priest gives a piglet to one person and asks the first owner to nurture it to maturity. When the pig reproduces, the owner shares a piglet with each member of the cluster.

The second time the pig gives birth, the original owner returns one piglet to the priest and keeps the rest. In two years, a pig may give birth three times, delivering up to 36 piglets in total.

A mature pig sells for 100,000 Ugandan shillings ($27). The additional income from the project covers transport costs for rural women to travel to health centers for checkups. Pregnant women can also afford antenatal and postnatal care. And couples can pay for family planning advice.

Sixty families have taken part in the project, Kajura says.

He’s pleased to see congregants gain economic ground. And so far, he says, his efforts have attracted only support from Catholic Church leaders and parishioners. 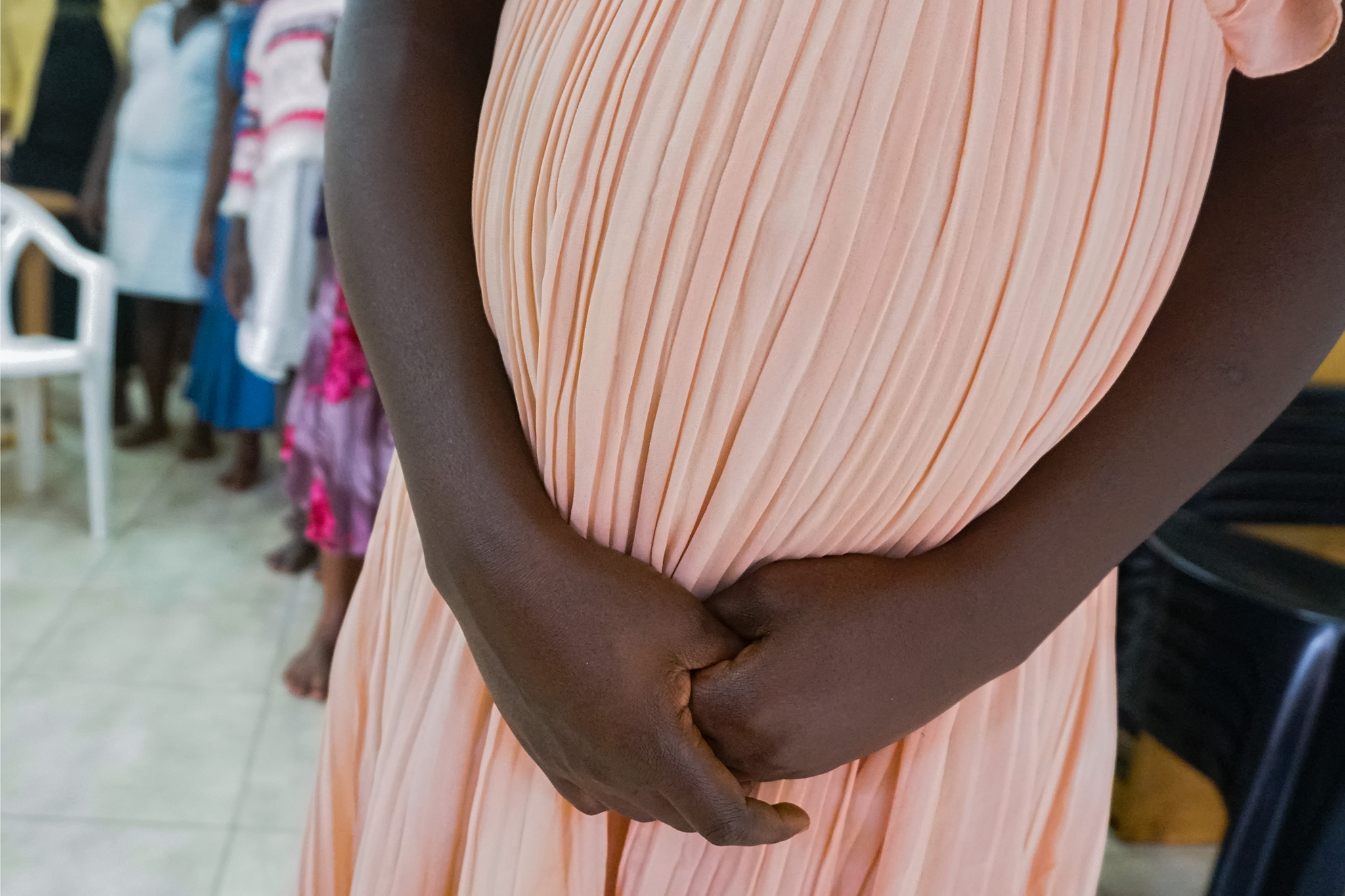 Mary Katusabe, a nurse at Kabwoya Health Center, says that when patients ask about natural family planning, she tells them about methods such as the use of moon beads, a way of identifying a woman’s fertile days using colored beads.

She tells them about artificial birth control, too.

“I leave the choice to them,” she says.

Many of Kajura’s parishioners choose artificial methods because they say those are more practical, the nurse says.

Subsistence farmers Aliganyira Tarasisio and his wife, Tukahirwa Veneranda, had five children in their first six years of marriage. Since the pig project began, they have sold three pigs and still own four. The extra income pays for their children’s schooling.

“Kajura has a rich heart,” Aliganyira says. “He is like a dad.”

The couple have used their earnings to seek family planning services. That was three years ago.

Veneranda has not gotten pregnant since.

Edna Namara, GPJ, translated some interviews from Rukiga and Runyoro. Click here to learn more about our translation policy.