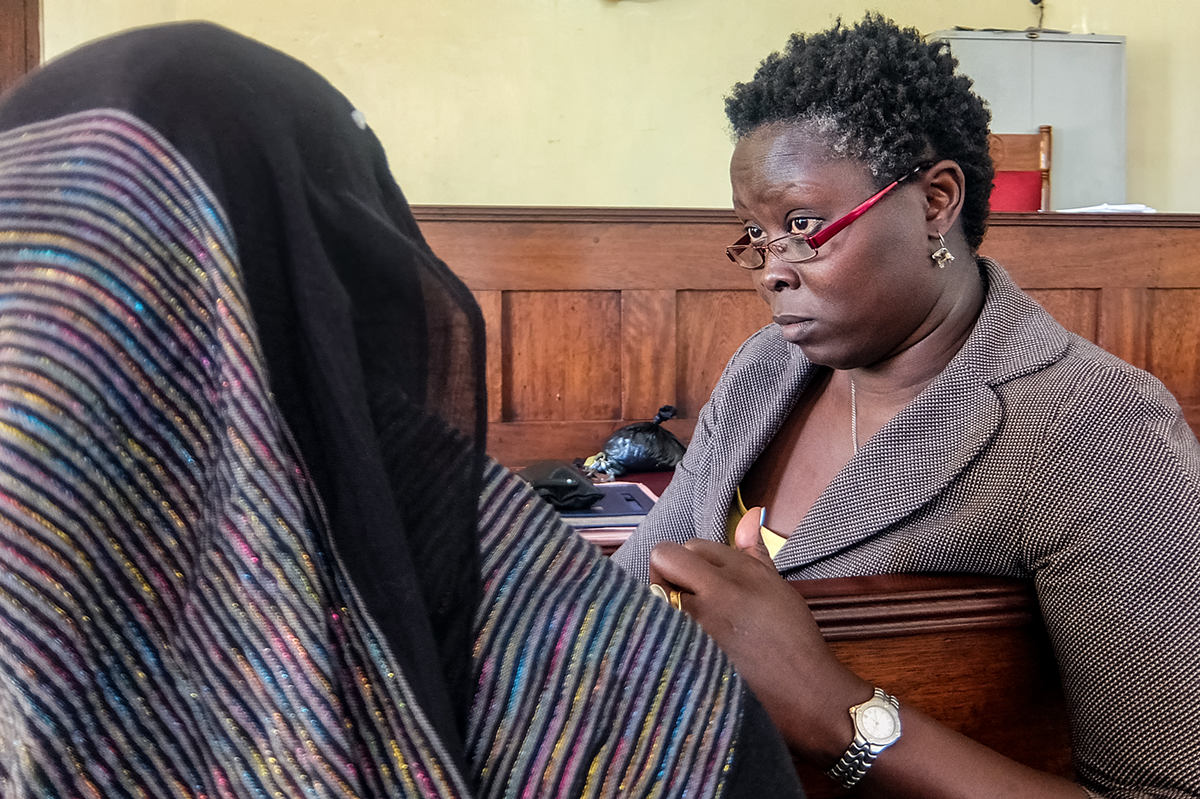 KAMPALA, UGANDA — Winfred Adukule-Meuter flips through an overused notebook. She lands on a page with a long list of names and dates.

“It’s a logistical nightmare,” says the attorney who’s got multiple court hearings scheduled for the week, each one miles apart. Between court dates, Adukule-Meuter travels to see her clients who live in the detention facilities, locally known as remand homes, where they await trial, she says.

When Adukule-Meuter founded her nonprofit, Free Child Uganda, she knew that providing free legal aid to some of the country’s youngest convicts would be a rewarding but tough task. Frequent, long-distance travel to and from Uganda’s capital, Kampala, makes Adukule-Meuter’s job strenuous, but there are larger constraints, she says.

Uganda’s laws provide special measures to protect the rights of children who commit crimes, but, legal experts say, the country’s justice system is not tailored to do so. With the help of a nationwide network of local lawyers, Adukule-Meuter is spearheading juvenile justice reform in Uganda, a country with one of the youngest populations in the region. As of July, she’s worked with some 1,000 children, many of whom were kept in remand homes for extended periods of time, Adukule-Meuter says.

In 2017, nearly 1,580 children were arrested by the Uganda Police Force. While the number of child arrests has decreased from previous years, those who remain in police custody are forced to deal with difficult situations and are unaware of their rights, Adukule-Meuter says.

After arrest, children are often held in overcrowded prisons for adults or are held in remand homes for more than six months, according to a 2016 report from international nonprofit Chance for Childhood. Other times, children between the ages of 12 and 17 are charged as adults, says Adukule-Meuter, who worked for Uganda’s government for two years as Programme Manager in Policy and Legal Affairs to the Office of the President.

She started Free Child Uganda in 2016, just after she met a 17-year-old boy who was being charged as an adult for having sex with a 16-year-old. In Uganda, it is illegal for men 18 and above to have sex with girls under 18 – the maximum penalty for this crime, defilement, is life imprisonment.

“I asked the magistrate if I could take on the case. So, the first thing I did was to have him medically examined,” Adukule-Meuter says, adding that her client was in a relationship with the 16-year-old girl and both of them confirmed that the sex was consensual. “The results came back, and he was actually less than 18 years [old]. I applied for bail and made sure that he was removed from the adult facility.”

In the year that followed, Adukule-Meuter provided legal support to 170 children at Naguru Remand Home in Kampala, with help from local pro bono lawyers and a team of five at Free Child Uganda.

“Under international conventions, detention should be a last resort, and if you are going to send a child there, then it should be for the shortest possible time,” she says, adding that such practices are punitive.

The nonprofit works closely with the Justice, Law and Order Sector (JLOS), a government agency. Simon Peter Muzungu, former JLOS coordinator for Uganda’s Central Region, says he helped Adukule-Meuter identify some of the children whom she works with.

Thanks to Child Free Uganda, some children have had their time in remand homes reduced, and some of their clients are no longer facing criminal charges, says Gerald Owiny, program officer at the nonprofit.

“Some cases have been dropped, because there are no witnesses,” he says.

Following four months of consultation with Adukule-Meuter this year, Serugo, who requested that only his last name be published for fear of his family facing stigma, says his son was released from Luzira Prison, where his son was taken in 2013. The boy was 17 at the time and had been accused by a neighbor of defilement, but he never received a trial date. Now that Serugo’s son has returned home, he has resumed secondary school.

But not all children who return to their homes are able to adjust to life in their communities. They are confronted with a new set of challenges, Adukule-Meuter says. Community members don’t empathize with the children, she adds.

Free Child Uganda does not provide counseling for their clients, because of limited finances, she says. Adukule-Meuter, the nonprofit’s sole funder, wants to engage with local council members to help rehabilitate the children whom she works with.