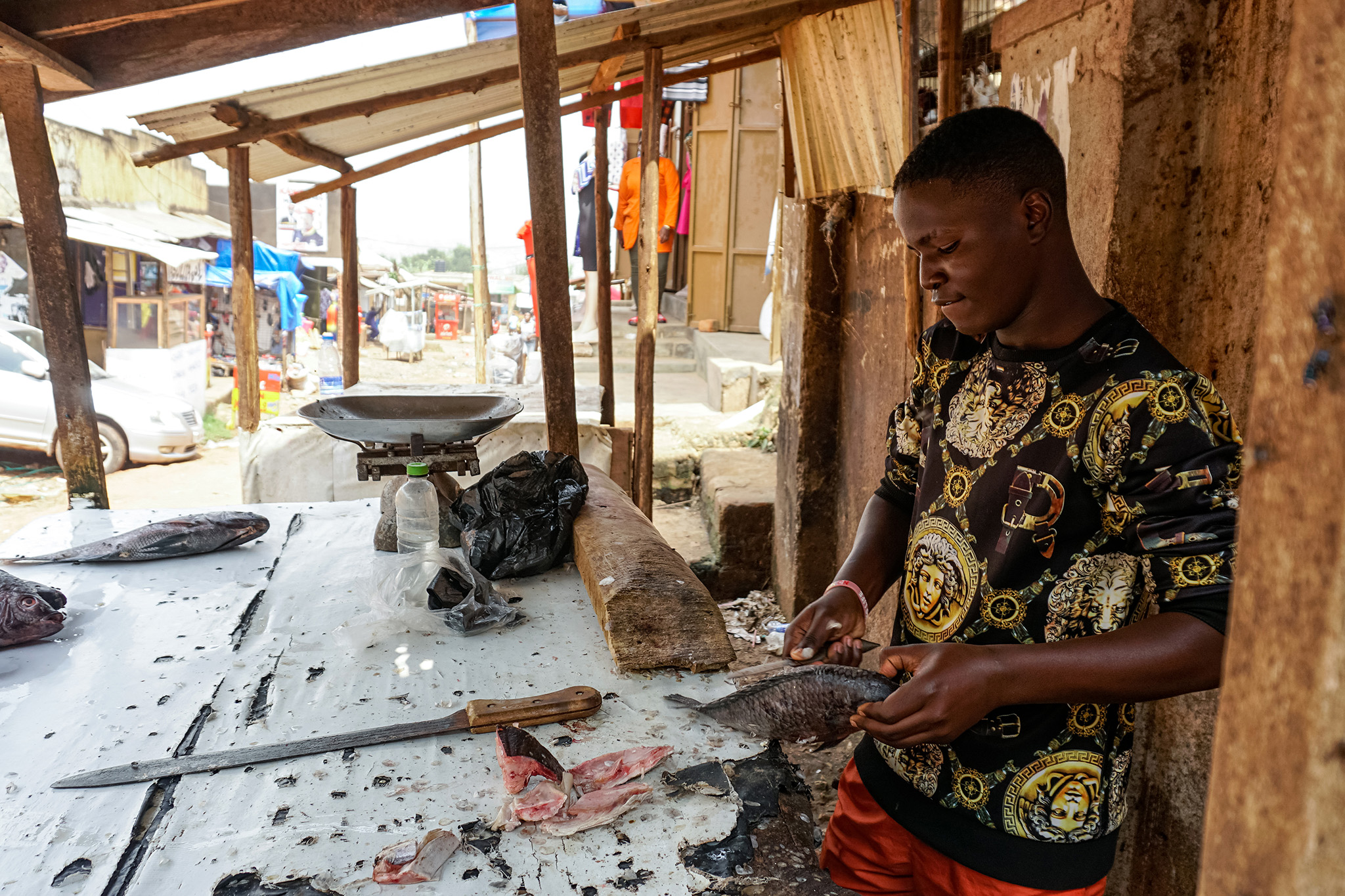 ENTEBBE, UGANDA — In Nakiwogo, a fishing village on the shores of Lake Victoria, just south of Kampala, the capital, the normally bustling market is devoid of customers. Fishermen tend to their nets, while women sit behind fish stalls that are largely empty, save for a few tilapia.

At the lake, the reason becomes clear: Fish carcasses float on the surface of the blue water, and the stench of rotting fish hangs in the air. For months, fish in Lake Victoria have been dying at an alarming rate, depriving families of a large source of both food and revenue, and sending the fishing industry into a panic.

“A spirit of death comes to the fish,” says Lumala Ibra, a fisherman and the chairperson of the local traders association. “We call it Kaliro.”

He says that although it’s normal for some fish to die every year, the scale of the fish deaths this year has never been seen before. Fishermen have been collecting dead fish in large piles on the lakeshore and burying them every few days.

Particularly alarming has been the fact that only a specific species of fish has been affected: the Nile perch, which is a staple of many Ugandan households.

“Why should it be one fish type to die, and the one that sells the best?” says Lwasa Adrian, a fish seller. 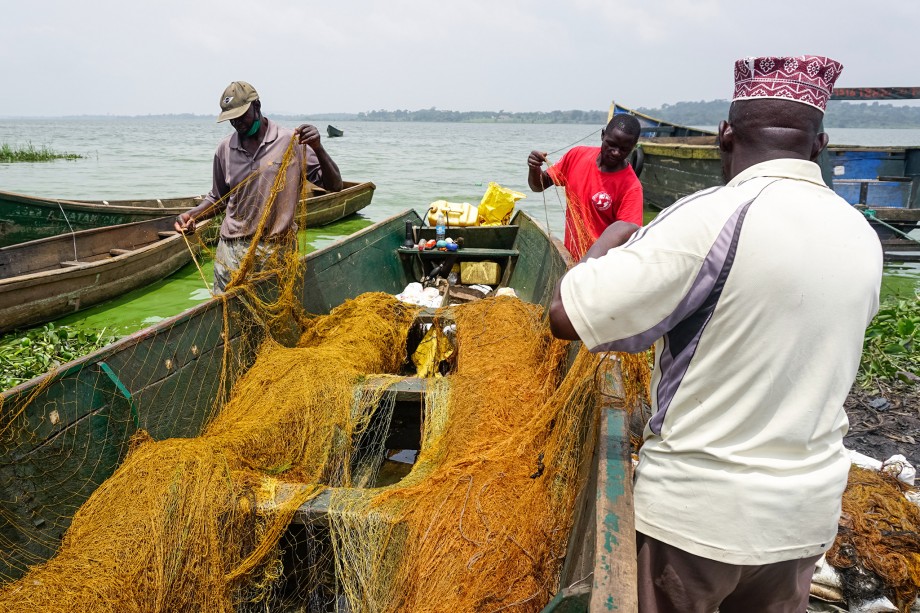 Fishermen in Nakiwogo pass the time by arranging their nets. They say the number of dead fish makes it pointless to venture out into the lake.

The government has ruled out poison, however, and points to a more straightforward explanation: hypoxia, in which the Nile perch are deprived of oxygen.

“It is suspected that the recent storms on the lakes caused mixing of the different waters, thereby reducing the oxygen levels in the lake,” the Ministry of Agriculture, Animal Industry and Fisheries said in a statement in January.

Nile perch thrive in the warmer layers of water toward the lake’s surface, which have more oxygen, says Joyce Nyeko, the government’s director of fisheries. But the perch are sensitive to lower temperatures and oxygen levels. Recent rainstorms caused swamp water to flood into the lake, forcing colder, less oxygenated water to mix with the surface water. This caused the Nile perch to suffocate.

“This is climate change,” says Nyeko, noting the increasing frequency and intensity of rainstorms, which caused more water to flow into Lake Victoria this year. 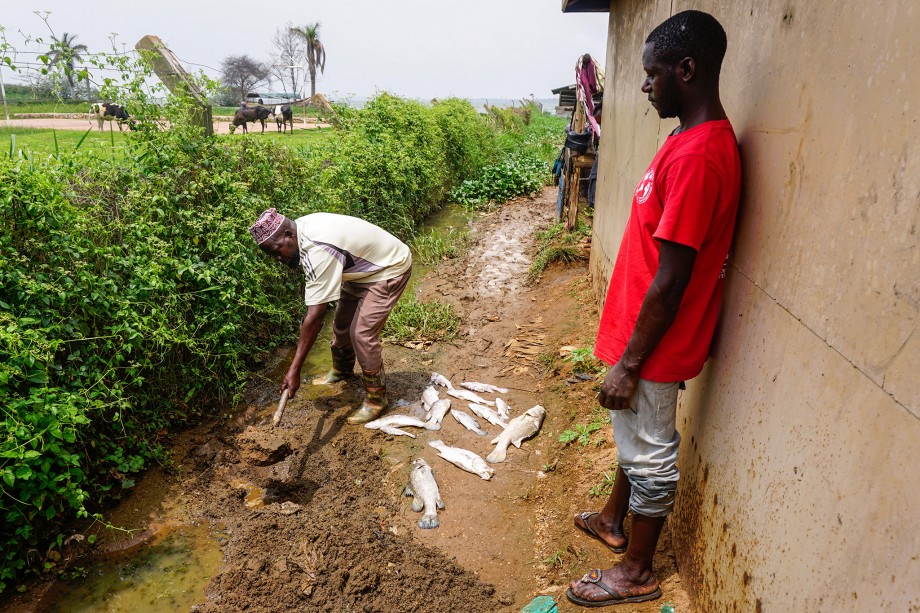 Residents of Nakiwogo have been burying dead fish every few days to cover up the stench.

Members of the fishing industry are distraught over the huge losses. Ibra says that on a good day he could normally make 60,000 Ugandan shillings ($16.30), and have leftover fish to take home to feed his family. Now he makes only about 15,000 shillings ($4) a day.

Sofia Nalunga, who sells fried Nile perch from a market stall in Nakiwogo, says she doesn’t know what she will do if business doesn’t pick back up. “I cannot think of something else for survival.” 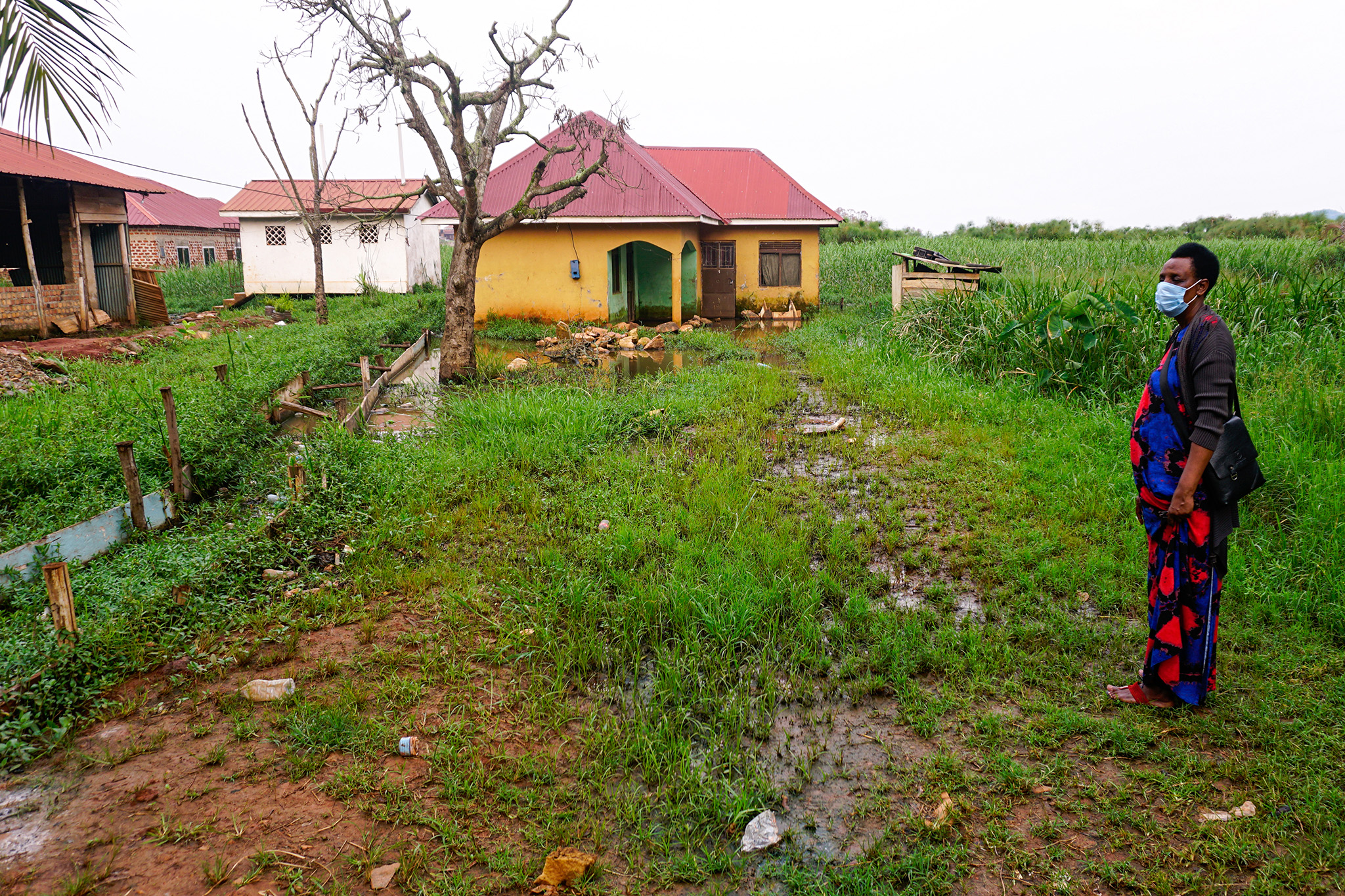 Sempala Kigozi, who has been managing his father’s fish stall in the town of Nansana, about 12 kilometers (7 miles) northwest of Kampala, says the lack of fish has forced his father to search elsewhere for work. “My father has been away for two months. There are no sales, and he has to find some other work,” he says. He is continuing to maintain the fish stall for now, in case the fish stop dying.

The fish deaths also stand to impact Uganda’s economy on a wider scale. Fishing accounts for 12% of Uganda’s agricultural gross domestic product, according to the Food and Agriculture Organization of the United Nations. Nile perch are not only a major source of income and food for Ugandans but also a major export, says Akankwasa Alfred, the principal fisheries inspector for international and regional trade in the government’s Directorate of Fisheries.

The government estimates that the country has lost approximately 50 tons of fish this year, says Nyeko, costing the fishing industry approximately 650 million shillings (about $177,350), a bigger loss than ever before.