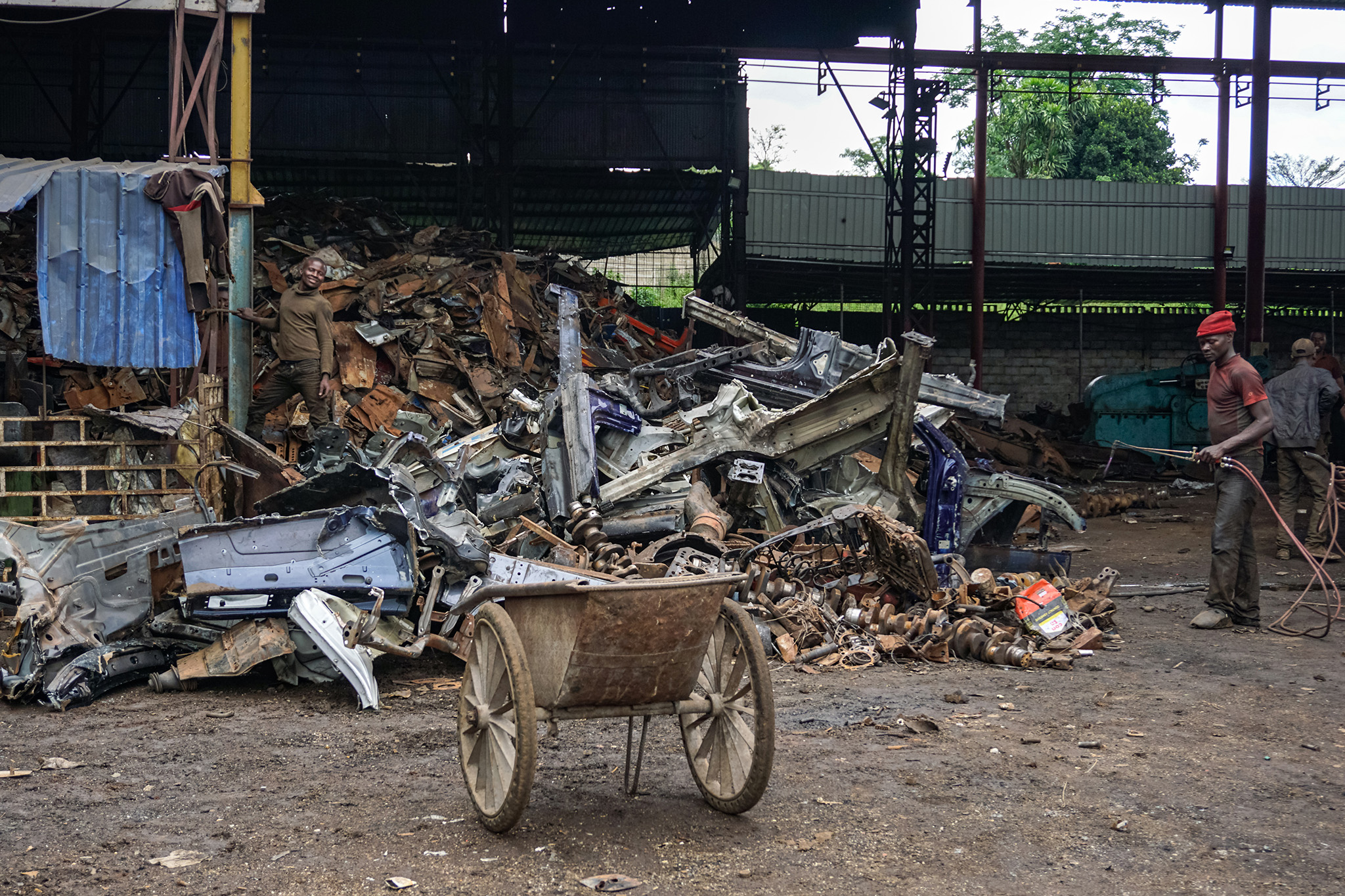 MATUGGA, UGANDA — When a scrap metal vendor and his helper lugged the large metal cylinder into Ashraf Karungi’s welding shop and asked him to cut it into more manageable pieces, he didn’t think it would be dangerous. He regularly does this kind of work.

“It was rusted metal, looking dirty, but that is how scrap looks,” Karungi says.

Two welders went to work outside the shop, cutting into the metal with a grinder. That’s when Karungi, back inside, heard the explosion. Shrapnel passed over his head and tore a hole in the roof of his shop.

The vendor — a man named Abdul — was killed in the blast. Shrapnel hit the two welders, who were rushed to the hospital with severe leg wounds.

Police say the object was an explosive projectile, the kind of abandoned item often found in this part of central Uganda where fighters camped during a war in the 1980s. 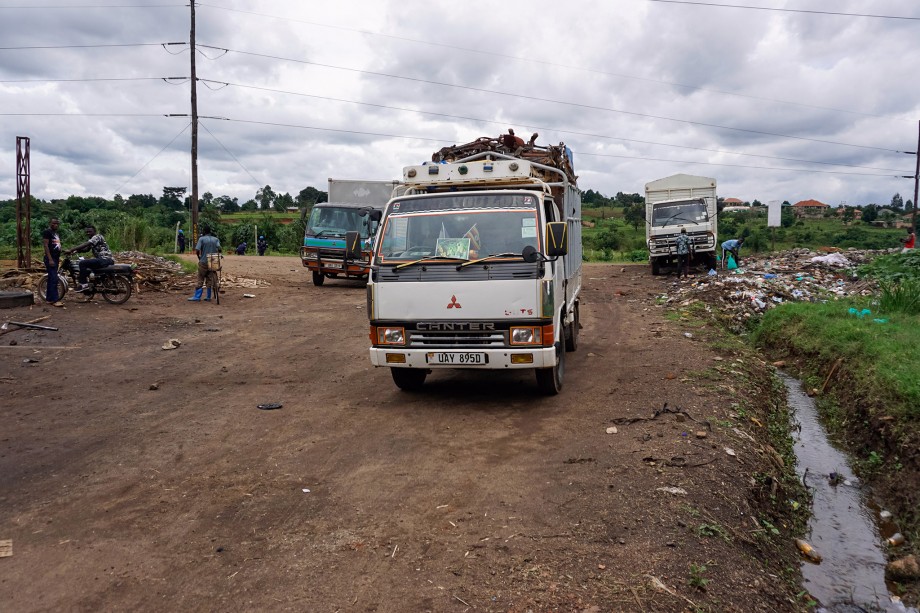 A truck is piled high with scrap metal on the road in Sanga, in central Uganda’s Wakiso district. Dealers buy up scrap metal from small-scale vendors, consolidate it, load it onto trucks and transport it to factories for sale.

Many regions of Uganda are plagued by such unexploded ordnance — the legacy of decades of civil war and conflict. People who find these objects often don’t know what they are and, with a construction boom in the country, many try to sell them for scrap metal without considering the dangers.

Some frustrated residents blame the police — either for failing to inform the public of the dangers or for treating vendors as criminals if they’re found with one of these explosives.

While Uganda declared itself landmine-free in 2012, there are still undiscovered explosives and munitions in fields and forests, local officials and residents say. In 2016, these explosive remnants of war killed two people and injured 12, according to the latest figures from the Geneva-based research outfit Landmine and Cluster Munition Monitor. The most recent occurred on May 30 in Uganda’s Nakaseke district.

Across the country, meanwhile, construction is in high gear for factories, commercial buildings and houses, boosted by investments from Ugandans living abroad.

Metal fabrication factories buy scrap steel to make construction materials, like rebar, and pay as much as 1,000 Ugandan shillings per kilogram of scrap (about $0.15 per pound), says Anne Ketumi, a scrap dealer.

About 10 million people in the country live on no more than $1 a day, according to a report by the Initiative for Social and Economic Rights, a human rights nonprofit in Uganda. Most residents in the area of Matugga, a town in the Wakiso district, northwest of Kampala, are subsistence farmers.

Karungi says the object Abdul brought into his shop weighed some 200 kilograms (440 pounds) and Abdul would have been able to sell it for about 200,000 shillings (about $54). That’s enough to pay a child’s school fees for a three-month term.

Vendor Patrick Kyambadde says he doesn’t know what old explosives look like, so he wouldn’t know to be wary.

“Maybe I would also be a victim of a bomb,” he says.

Government officials are aware of the issue.

“The lack of knowledge of people living in isolated villages — who have never known or heard of ordnance — is a big problem,” says Amos Olweny, commissioner of crime intelligence for the Uganda Police Force. “It kills them unsuspectingly.”

The Kampala Metropolitan Police department conducts public awareness campaigns to warn people to watch for suspicious packages that could hide bombs planted by terrorists, deputy spokesman Luke Owoyesigyire says. But none of its campaigns focus on helping citizens identify explosives from old conflicts. He says expanding awareness efforts would be too costly.

If someone suspects an object is dangerous, he says, they should leave it where it is and report it to authorities. Owoyesigyire maintains that this is done in the good will of government to protect the local people who may mishandle explosives and get hurt.

But if a vendor or dealer is already in possession of the object, there’s an added risk: arrest. It is illegal in Uganda to possess or sell any explosives without a license. The penalty is a fine of 1,000 shillings (about $0.27) or three months in prison.

Anyone bringing such an item to police would be interrogated as a potential criminal, Owoyesigyire says. The suspect would have to prove their innocence by showing where they found the object.

Joseph Asimwe, one of the welders injured in the Matugga blast, spent two months in the hospital while the wounds on his legs healed. It took another month before he was able to walk normally again. Still, Asimwe says he would not have risked alerting police, even if he had suspected the object was dangerous.

“The best I would have done if I had known it was a landmine or a bomb, would be to throw it some far place,” he says.