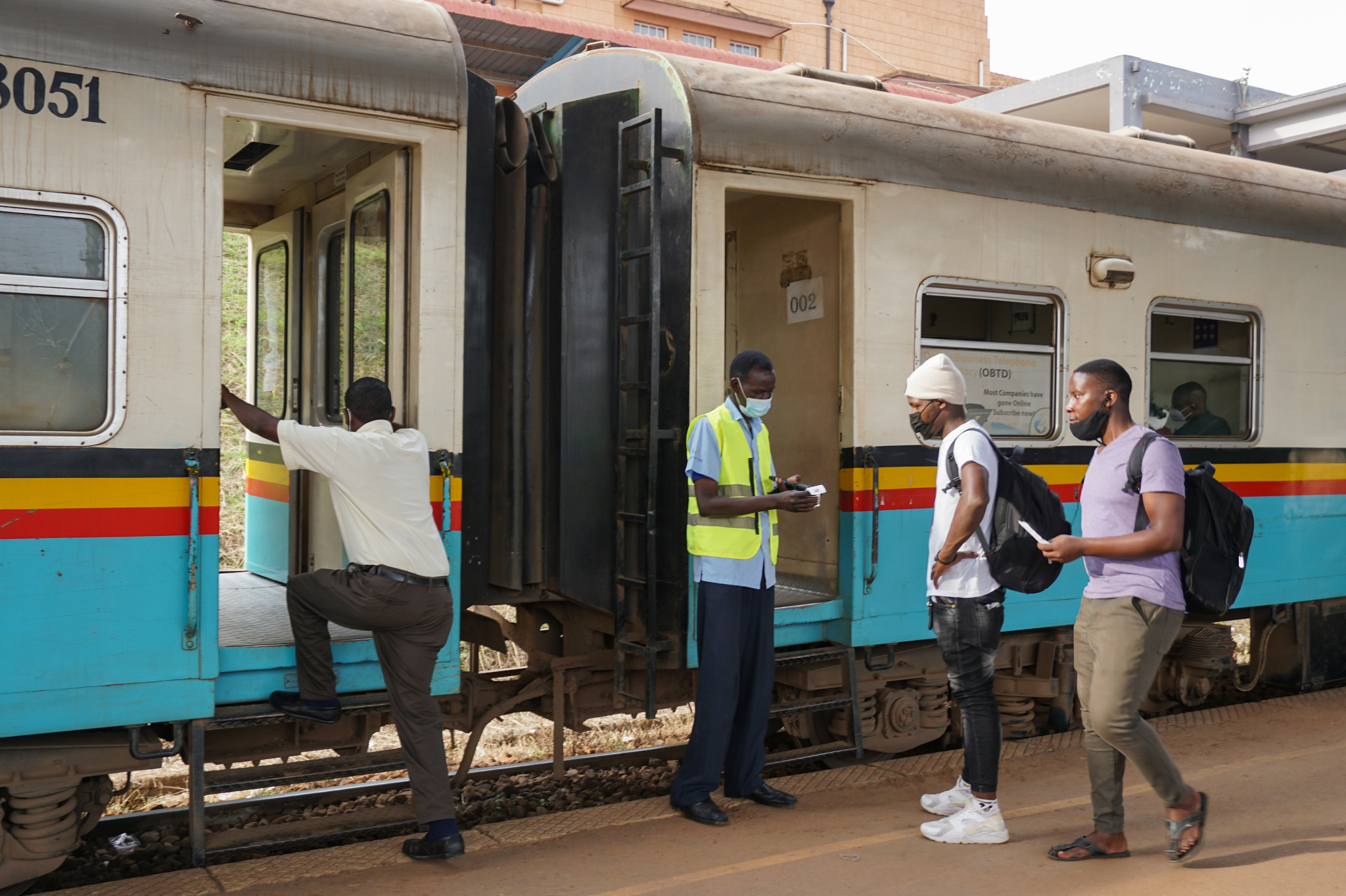 NAKAWA, UGANDA — Moses Musafili moved from his rural hometown of Masaka in search of more opportunities and higher wages in Uganda’s capital, Kampala, in 2005. Two years later, a friend told him about an irresistible land deal southeast of the city in Kiswa parish and Musafili used all of his savings to buy a plot.

Musafili says he bought land from Uganda Railways Corporation, a government-owned company, and built a house believing the sale was legitimate. Seven years later, Musafili, his pregnant wife and their three children were among thousands of families told they were illegally living on the railway corporation’s land. They were evicted so the company could carry out improvement work on the East African country’s rail network and not offered any compensation as they couldn’t prove they owned the land. Their plight underscores the persisting tensions between economic development and basic rights.

“During the 2014 evictions, police raided our home at around 2 a.m.,” Musafili says. “My home was demolished. My wife, who has high blood pressure and was pregnant at the time, had to be hospitalized. I know these evictions emotionally drained her and led her to miscarry.” Musafili says their 6-year-old son also died from a stray bullet during the eviction.

The improvements are needed due to the over century-old Uganda Railway, now owned and operated by the government company, falling into disrepair with only 330 kilometers (205 miles) of the 1,266 kilometers (787 miles) of the network’s lines operational as of 2019. But without the land next to the rail network cleared of people who have set up home, many of the planned upgrades can’t go ahead. 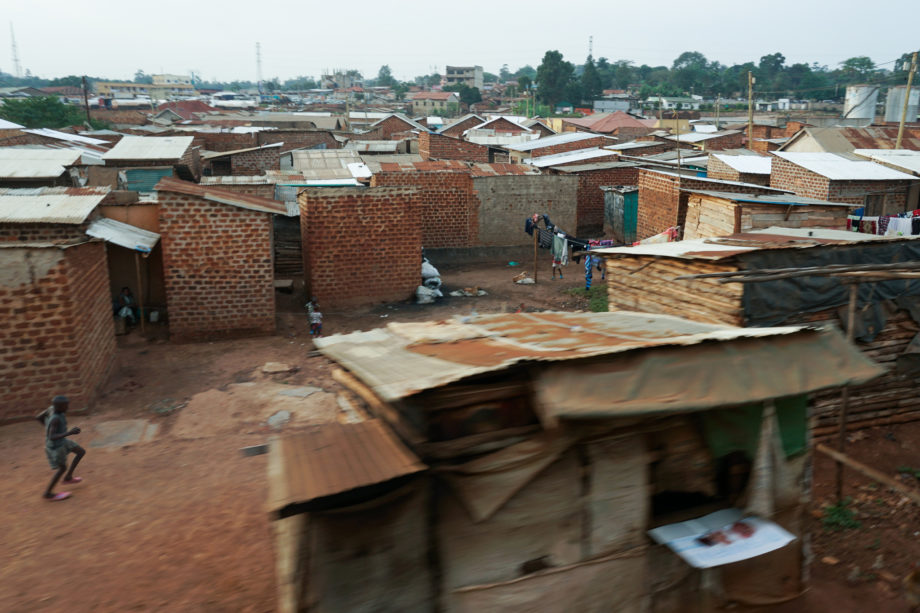 The houses and kiosks built on Uganda Railways Corporation land in Kireka, a township in Kampala, sit close to the company's railway lines.

So far, the government has made upgrades to major rail lines that connect Uganda’s capital and the northwest of the country with the border of Kenya through the Ugandan city of Tororo. The colonial-era rail network extends into neighboring Kenya and Tanzania, where railway corporation workers are making sizable upgrades that include train ferry routes over Lake Victoria.

“We are currently moving cargo at a faster rate after the development of the standard gauge railway in Kenya,” he says. “Our rail network is transporting more freight than trucks, and this is reducing emissions and causing relief on the roads because we are reducing the number of trucks.”

In 2014, officials scheduled improvement work on the rail network, but it couldn’t be carried out until residents vacated the land — something thousands of people living on the railway corporation’s land refused to do unless they were properly compensated for losing land they believed they legally owned. Many were evicted or fled.

“This is my home,” Musafili says. “I should have been stronger and stayed, but I feared I was going to be shot. We were treated like criminals. I needed to leave for the safety and health of my family.” 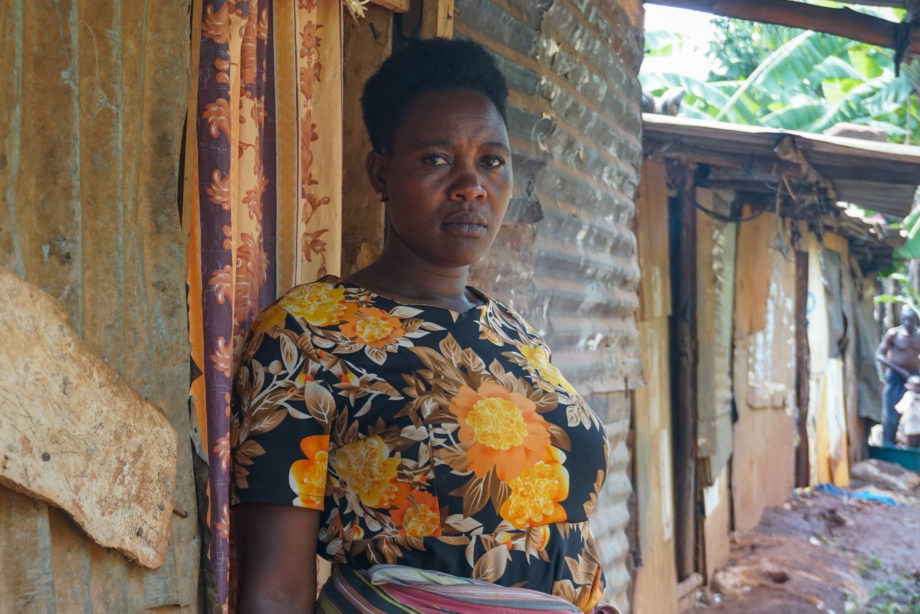 Kichoncho Scovia stands outside the house she has called home for 14 years near the Uganda railway line at Kiswa parish, Nakawa.

With no home, no compensation and grieving for their son and lost baby, Musafili, his wife and their two remaining children lived for a week under an avocado tree, near where their home once stood. Two years later, he and his wife returned to the railway land after being told the situation had calmed down, and Musafili rebuilt his home.

Now Musafili and his family are facing eviction again so that workers can carry out more improvement work on the network.

In 2021, 14,000 people living on land owned by the railway corporation were given six months’ notice to leave. After just 5,000 people left, the eviction deadline was extended to March 31, 2022, because the government didn’t have the 40 billion Ugandan shillings ($11.3 million) required to compensate those who have the documentation to prove they bought the land, says William Korotyo, chairperson of the corporation’s Land Investigations Committee, appointed by the Works and Transport Ministry to help collect documentation from those residents who claimed ownership.

Like Musafili and his family, Kichoncho Scovia has lived on railway land in Kiswa parish for more than 14 years. She is also facing eviction but refuses to leave.

“I bought this land from Uganda railway staff for 2 million Ugandan shillings [$565], which took me seven years to save,” Scovia says. “Since 2014, we have been told our purchases are not valid and we are not entitled to refunds.” 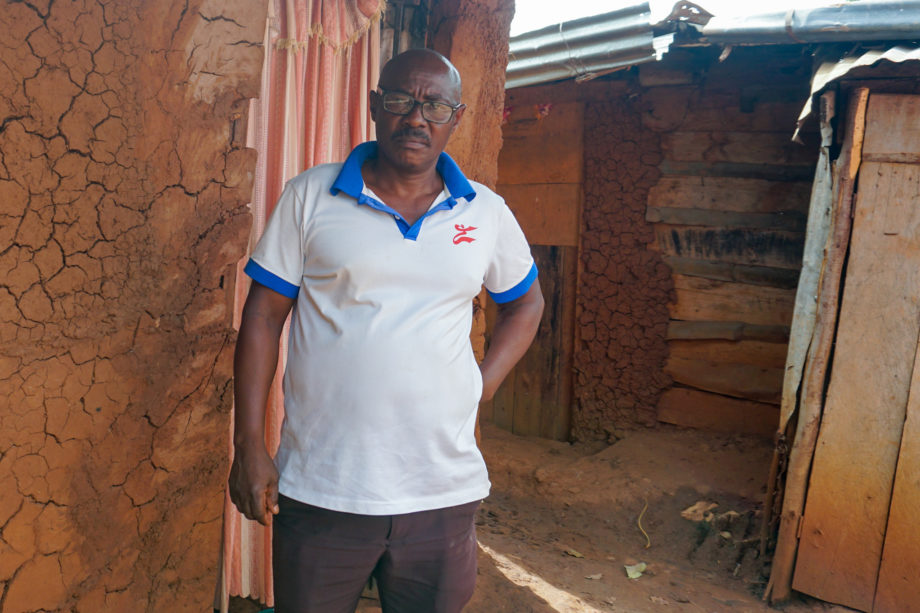 Moses Musafili says he rebuilt his six-room home in Kiswa parish, in the Nakawa Division of Kampala, for the second time in 2016 after his first home was destroyed during evictions in 2014.

Musafili and Scovia are among the thousands of people waiting for compensation before they can leave their homes but say the ownership papers they were promised after the purchase of their land never arrived. An agreement between the railway corporation and the government means the responsibility for compensating the residents for loss of land lies with the government, Wakasenza says. And then there’s the matter of where the money from the sales of all railway corporation land has gone.

Joel Ssenyonyi, a member of Parliament and chairperson of the Public Accounts Committee for the Parliament of Uganda, which scrutinizes the financial expenditures of the government, is heading an investigation into the land sales.

He says 69.5 billion shillings ($19.6 million) worth of land belonging to the railway corporation was sold but “not a single coin has gone into the account of URC.”

“The government, through the Privatization Unit and the Ministry of Finance, provided funding support to URC that far exceeded the proceeds [of the land sale] so far received,” Munghinda says. “The support … catered mainly for pension benefits for former workers, settlement of outstanding loan obligations and other commitments.”

Meanwhile, Musafili, who remains on the land with his wife and now eight children, says he understands the importance of Uganda’s development. He plans to leave if he’s compensated.

“For me, the money would not only mean a fresh start, but it will begin my healing journey as I was never able to get justice for my children,” Musafili says. “The railway project is a big project, and it is important for the development of my country. I don’t want to be the man that held my country back.”