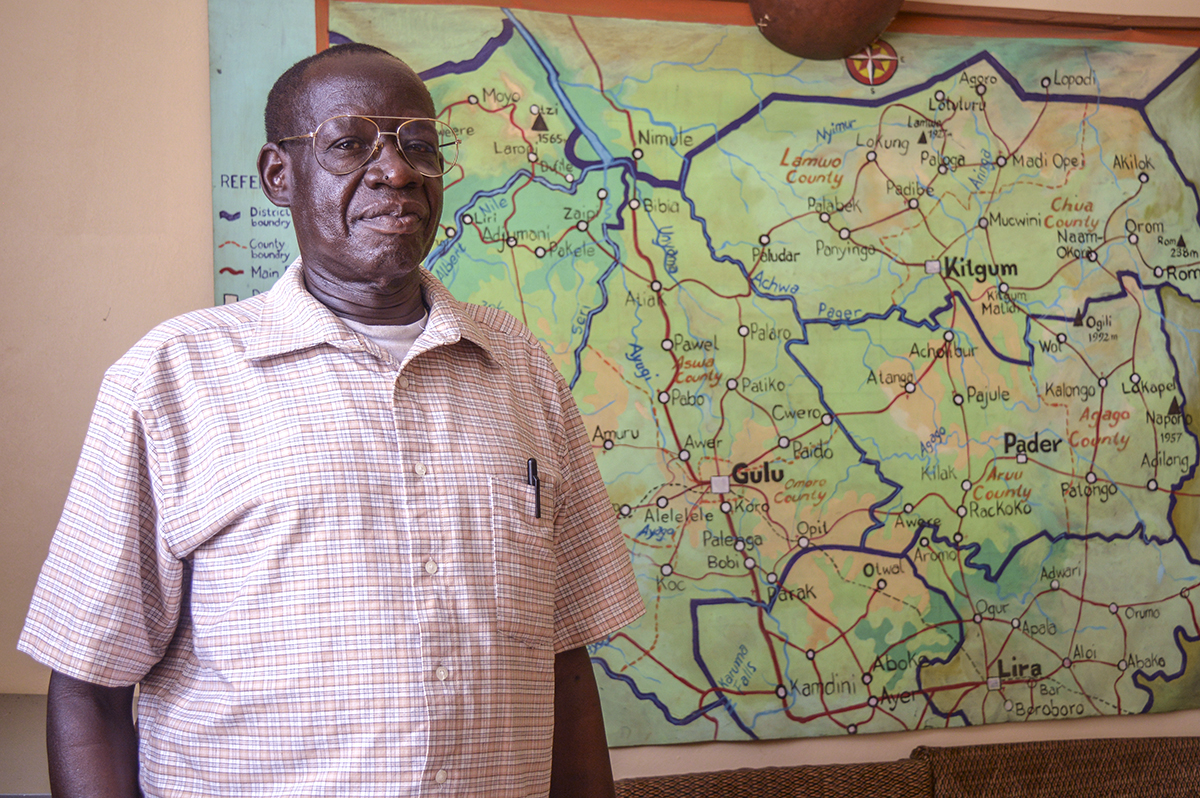 The slender young woman stretches the sleeves on the sweater that she has just completed knitting as she explains that both her parents were captives of the Lord’s Resistance Army, or LRA, during the 20-year civil war here.

At 18, Apiyo has two children, ages 4 months and 2 and a half years. The older child was born in captivity.

Apiyo lost her mother during the war and returned with her father in April 2015 with her then-newborn child.

“I had no skills. I was tormented because I was being laughed at in the community as a child of war. Now at least I have learned how to make sweaters,” she says.

She has been learning tailoring and sweater-knitting for the last 13 months at ChildVoice International, a local organization that offers trade skills to young people in difficult circumstances.

Apiyo says she plans to use the skills she has learned to start a tailoring business so she can support herself and her children.

They are called names like ‘lutero luke,’ meaning that they are bastards. They are abused and denied access to use the land, [especially] the boys.Emmanuel Ochora Lagedo, the acting spokesman and deputy prime minister for the Acholi Kingdom

“When I complete [the program], I will start making clothes to sell. Then I will be able to look after myself and my children,” she says.

More than 10 years after the end of the civil war in northern Uganda, former LRA rebel abductees and their children born in captivity continue to suffer rejection and struggle to find their paternal lineages, a critical element to life in Uganda. The absence of clear paternal lineage prevents people from inheriting land and other properties. Cultural and religious institutions and nongovernmental organizations are working to resettle and equip former LRA captives with skills to fend for themselves, but results remain mixed.

Uganda’s two-decade civil war, instigated by LRA warlord Joseph Kony, displaced nearly 2 million people and saw at least 66,000 people abducted, according to a 2006 UNICEF report. Of the abducted, boys were forced to work as child soldiers and girls were subjected to forced marriages and sexual violence that led to many children being born in captivity during the war.

According to a report by the Justice and Reconciliation Project, 493 of 1,609 documented children were born of war in Gulu, and 27 percent were conceived of sexual violence.

As the region continues to recover from the war, children born in captivity suffer from stigma and discrimination by community members, who often think of them as children of rebels and murderers. The discrimination leads to poverty and homelessness. In the Acholi culture, the absence of a clear paternal lineage prevents the former captives from obtaining land, which is a both a source of income and shelter, says Emmanuel Ochora Lagedo, the acting spokesman and deputy prime minister for the Acholi Kingdom, the traditional institution in the region responsible for ensuring the survival of the Acholi culture.

The kingdom is working to encourage community members to accept children born in captivity during the war.

Despite the fact that the war ended in 2006, he says the kingdom is still receiving people from captivity, who continue to face rejection.

“They are called names like ‘lutero luke,’ meaning that they are bastards,” he says. “They are abused and denied access to use the land, [especially] the boys.”

Lagedo says the kingdom tries to help returned abductees who do not know their father’s lineage to join their mothers’ clans.

Paul Piero Rubangakene, project officer of Caritas Gulu, a church body that fosters development and peace-building in the region, says they offer psychosocial counseling and other treatment for those with war-related trauma. The organization also offers training in income-generating skills, including modern farming.

Caritas Gulu supports LRA returnees economically by providing 250,000 Ugandan shillings ($69) as startup capital to those it trains. To date, 3,057 formerly abducted persons went through its rehabilitation center, including 187 who were born in captivity, Rubangakene said in a phone interview. 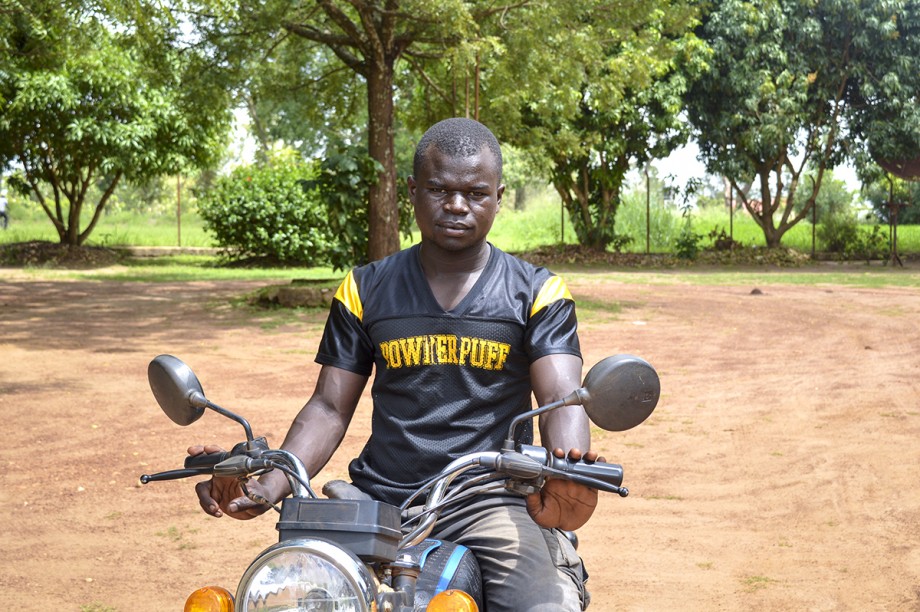 David Okello, 21, was trained in carpentry skills by a nongovernmental organization in Gulu, a city in northern Uganda, but hasn’t been able start his own business due to the stigma of being born in captivity during the country’s 20-year civil war, so he occasionally works as a boda boda motorcycle driver.

Other organizations in Gulu are also offering support to returnees.

Lois Aol, public relations officer at ChildVoice international, says the organization offers a residential center at its offices in Gulu where as many as 18 returnees can live at a time. Over the last 10 years, more than 140 mothers, like Apiyo, have learned tailoring and other skills at the center.

The center also provides girls with small plots of land to till, then buys their produce to help them develop savings so they can start their own businesses when they leave the center, generally after about 18 months.

But despite the skills training and support that these organizations offer, some returnees say it’s not enough. They often cannot overcome discrimination by other members of the community to operate successful businesses.

David Okello, 21, who was born near the beginning of the civil war, says he learned carpentry skills from Caritas Gulu but has not been able to start a furniture business.

“That NGO trained us but they have not given us money to start our own businesses,” he says. “I am here stranded, even at home I am not allowed to dig land. They say I don’t belong to that clan.”

But it will take time for the community to heal, says Rubangakene of Caritas Gulu. The organization sponsors football matches and other community activities to encourage peace among community members.

“We have football matches between UPDF [Uganda People’s Defense Forces] soldiers and former rebel captives because they were fighting against each other in the bush,” he says. “We also organize cultural dances between community members and former abductees.”